Back in the days when Viktor Yanukovych was still seen as a figure for hope by many in Germany and Yulia Tymoshenko was still free, the President of Ukraine was more positive about Germany than he is now.

In late August 2010, Yanukovych traveled to Berlin, just six months after his election win that ended the Orange Revolution heroes' stint in power. At the time, it was secretly hoped that the man who had tried to assume power via electoral fraud in 2004 would end the chaos that the quarreling orange camp had unleashed on the country. He was expected to implement reforms and attract investors.

During his address to business leaders in Berlin, Yanukovych dug up a hesitant compliment for the "Made in Germany" label. He described his personal experience talking to German craftsmen during construction work. "I can say they were the intelligentsia among workers," praised Yanukovych. He then went on explain at length about woodwork at a country house in Ukraine called "Mezhgorye." The episode was soon forgotten in Berlin.

"Mezhgorye." In Ukraine, the tongue-twister carries a weight similar to that of "Watergate" in the United States. It has become synonymous with scandal. Soviet leader Nikita Khrushchev once lived in the residence. Following independence in 1991, the luxury estate became Ukrainian state property.

Later the real estate was privatized through a circuitous route involving companies in Vienna and London along a trail that appears to lead to Viktor Yanukovych, the man who had once promised to "not only to fight hard against corruption, but cruelly."

During his 2010 visit to Berlin, Yanukovych quipped that the previous orange government had "not made any decisions for its country." The economy was "unable to work systematically," he complained. Two years later, it is clear that Yanukovych's decisions have systematically enhanced his prosperity -- or that of his close friends or family.

Recently Alexander Yanukovych, 38, has emerged as one of Ukraine's leading businessmen. The president's eldest son, a trained dentist, has built office buildings and hotels in the eastern Ukrainian city of Donetsk. His business is booming. According to Ukrainian media, the younger Yanukovych's All-Ukraine Development Bank increased its earnings in the last three quarters of 2011 by a factor of twenty.

In Ukraine, the term "family" is making the rounds, in reference to the corrupt network of relatives and close friends which surrounded Russian President Boris Yeltsin in the 1990s.

Yanukovych's victory over Yulia Tymoshenko in the runoff election in early 2010 was also a victory for the eastern Ukrainian oligarchs who backed his Party of Regions. Since then, this group has widened their influence far beyond the borders of their homeland in the east of the country. Businessmen in Kiev have dubbed the phenomenon "the wave from Donetsk."

Sergei Leshchenko, 31, is surprisingly slight for someone who is taking on the most powerful men in the country. On a quiet side street in the capital Kiev, the lanky journalist bends over his computer. The Ukrainska Pravda newspaper, which means "Ukrainian Truth," has set up an impromptu editorial office in an apartment. Boxing gloves hang on the wall. "Keep the fighting spirit," is written alongside them.

The 20 reporters are fighting a dangerous battle for the truth. In 2000, the paper's editor-in-chief Georgiy Gongadze was assassinated, presumably by men linked to then-President Leonid Kuchma. Twelve years after the crime, Sergei Leshchenko still receives thinly veiled death threats. The pro-government newspaper Izvestia even published an editorial accusing the reporter of "trying to destabilize the Yanukovych presidency." The column was entitled "Kill a Journalist."

Leshchenko has made enemies by scrutinizing the business practices of the Yanukovych clan. In particular, he focused on the privatization of the President's former favorite residence -- Mezhgorye. Satellite photos show an extensive property complete with guest house, swimming pool, yacht club, and the very same grand country house where Yanukovych's much-admired German craftsmen once worked.

Documents obtained by the Ukrainska Pravda show that the Mezhgorye was not initially sold. Instead, the state transferred the property to a company in Donetsk and obtained two dilapidated houses in Kiev in return. The new owner then moved hastily to divest the property to a second Donetsk-based company called Tantalit. Despite the sale of the luxury property, the firm was declared officially bankrupt soon thereafter.

From Donetsk the business trail leads west to Austria. According to Ukrainska Pravda, some 99 percent of Tantalit apparently belongs to a Viennese company called Euro East Beteiligungs GmbH. The Austrian Euro Invest Bank holds 65 percent of the shares in this firm and the remaining 35 percent belong to the London-based Blythe Europe Ltd.

In Ukraine, people are asking why these firms have such complex ownership structures. Who in the Alpine nation helped the Ukrainians to create such an involved corporate network? And does it aim to hide the firm's real owner?

President Viktor Yanukovych officially pays rent to reside at Mezhgorye. Using public funds, he has added a large study to the property. But Sergei Leshchenko and his colleagues have little doubt that Yanukovych is master of Mezhgorye. 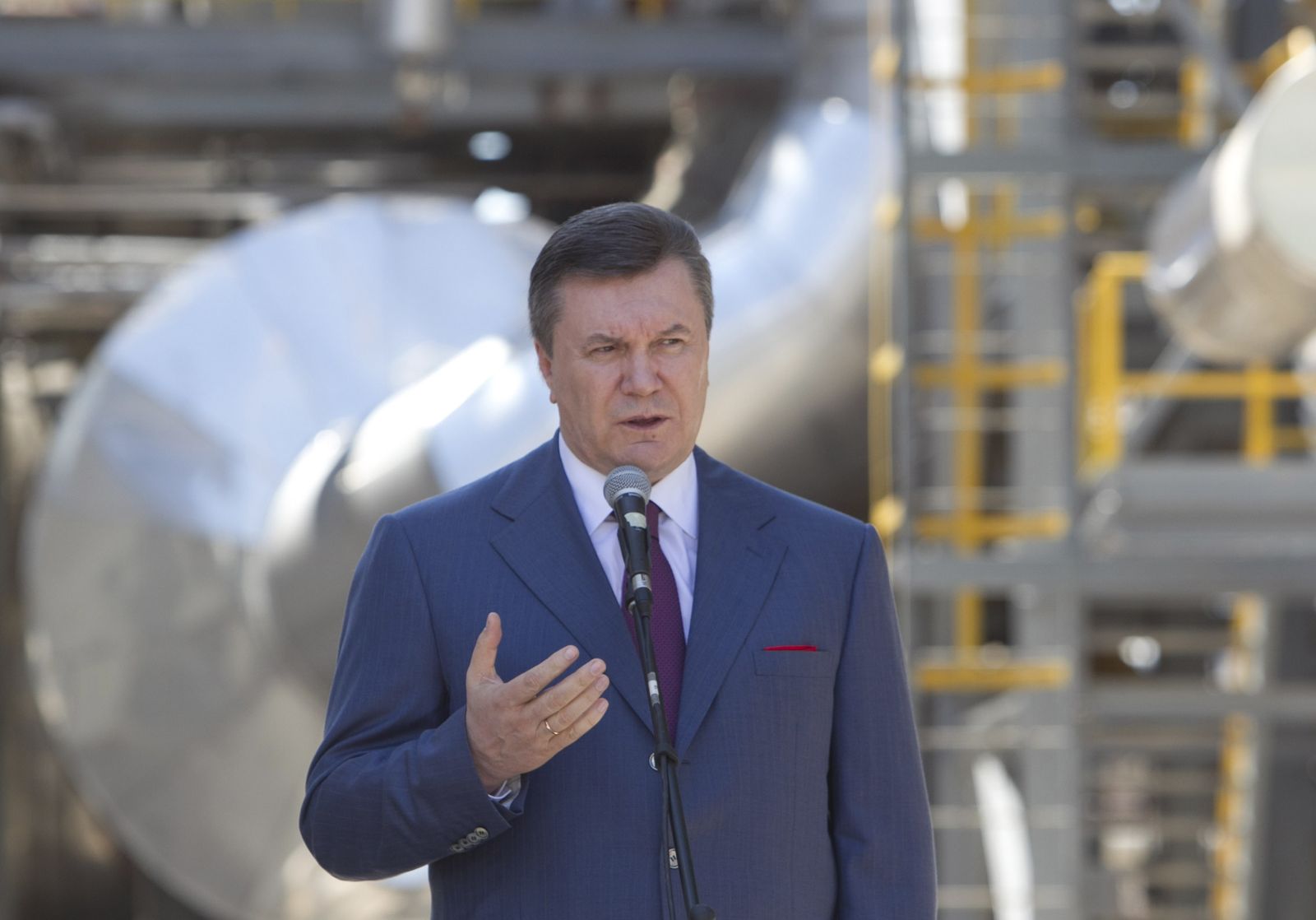