The open letter was born of a desire simply to mourn. The signatures on the letter included the father of Jonathan Ielpi, a firefighter who died in the ruins of the World Trade Center on Sept. 11, 2001; the sister-in-law of Myra Aronson, who was on American Airlines Flight 11 when it was hijacked en route from Boston to Los Angeles and crashed into the North Tower of the World Trade Center; and Mary Ellen Salamone, wife of John Salamone, who was at work on the 104th floor of the North Tower at the time of the terrorist assault.

Together with many others also mourning loved ones, they wrote: "To hold rallies of any nature on Sept. 11 would be inappropriate and disrespectful to all of us who see 9/11 as a day outside of politics."

The letter was targeted at activists who want to use this Sept. 11 of all days, to protest the planned construction of a mosque -- actually an Islamic cultural center with a prayer room -- near Ground Zero.

The open letter didn't have much of an effect on the anti-mosque demonstrators. "We need to be at Ground Zero, Sept. 11, 2010, now more than ever," they insist, well aware that choosing the date for a protest is a good way to guarantee headlines.

Counter-demonstrators have announced plans to defend the cultural center just as vociferously -- they too know the advantages of protesting on the anniversary of the attacks. The victims' family members have written them too to ask that they refrain from demonstrating.

A Day of Fighting

The back and forth makes it clear: The day of remembrance has become a day of fighting and a stage for political battles. Not just in New York, but throughout the United States.

Far south of the city, Terry Jones, pastor of the Dove World Outreach Center, a tiny evangelical congregation in Gainesville, Florida, is planning to publicly burn copies of the Koran on Saturday, on a pyre that will blaze from 6 p.m. to 9 p.m. -- television's prime time.

General David Petraeus, commander of the NATO troops in Afghanistan, has implored the pastor not to proceed, for fear that it will sow hate among Muslims. Petraeus says American troops could be jeopardized as a result. Jones, though, has yet to back down, insisting that the Koran is the work of the devil.

Far to the northwest in Alaska, meanwhile, former vice presidential candidate Sarah Palin and right-wing TV zealot Glenn Beck are planning a large-scale event on Sept. 11. They want to gather in a hall in Anchorage to celebrate America -- precisely on the anniversary of the attacks.

Prime tickets for the event cost well over $100 (€78), but it promises to be a good show. Perhaps Beck will take the opportunity to reiterate his doubts that Barack Obama is a true Christian, playing on the widely-held misconception that the president is really a Muslim. Twenty percent of Americans have fallen for the fallacy, according to recent surveys. Obama opponents like to reinforce the belief by carefully referring to the president by his full name: Barack Hussein Obama.

The harsh tones dominating the anniversary are new. Sept. 11 has long been a day of reconciliation. The country drew closer together in the immediate aftermath of the attacks. Even New Yorkers, generally known for their brusqueness, were a little gentler with one another in those first days. President George W. Bush declared that the attacks had caused the nation "to grieve together" and "to stand together."

Party lines continued to dissolve on the anniversary of the attacks for many years afterwards. Even during the bitter 2008 election campaign, rival presidential candidates John McCain and Barack Obama made a joint appearance at Ground Zero on September 11. Political battles would have to wait a day.

The same held true for hatred toward Muslims. In the days following the first anniversary of the attacks, Bush paid a demonstrative visit to a mosque, emphasizing that the US did not want to wage war against Islam.

What Happened to Reconciliation?

American politicians seemed determined not to let the attacks undo the successful integration of the country's millions of Muslim inhabitants. Skepticism toward the religion certainly grew, but the fact that American Muslims are well integrated cannot be denied. Hardly anyone is bothered by the country's many Islamic schools and Americans generally have little use for the kinds of headscarf and mosque construction debates that periodically engulf Europe. Even American security experts see the threat of terrorism more in Europe than among Muslims in their own country.

This tone has prevailed through subsequent commemorations and debates. Lately, though, the focus on reconciliation is threatening to disappear. Not only has the number of Americans who believe that Obama is Muslim gone up since the election campaign, and so has the amount of people who think it would be a bad thing if he were. There have also been more ominous occurrences: A Muslim taxi driver was stabbed this summer and there were protests in front of American mosques.

A number of Muslim organizations in the US have announced they won't celebrate the end of Ramadan, the month of fasting, on Saturday as extensively as they usually would, since the holiday coincides with Sept. 11 this year. They fear their religious festivities could be misconstrued as celebrations of the 2001 terrorist attacks.

A War at Home

Further cause for concern for such groups is the depths to which political debate has sunk in the US, with Tea Party activists setting the tone. This ultra-conservative movement wants to return the country to the ideas of its white and mostly Christian founders. Tea Party extremists are currently the driving force in the Republican Party, and have Democrats on the defensive two months before important midterm elections.

It is a political landscape with no room for nuance. Anyone who exhibits tolerance is suspect -- Obama's apparent sympathy toward the Islamic cultural center near Ground Zero sparked immediate protests and the president quickly backpedaled.

Obama's advisors no longer want him to travel to New York on Sept. 11, so great is the concern that the president's appearance could trigger further debates over the "mosque at Ground Zero." The politics of polarization have become stronger than acts of remembrance.

Meanwhile, the president has just celebrated the withdrawal of American combat troops from Iraq -- marking the beginning of the end to perhaps the worst overreaction to the Sept. 11 attacks. Nine years on, the war abroad seems to be winding down.

The war at home, though, may be just beginning. 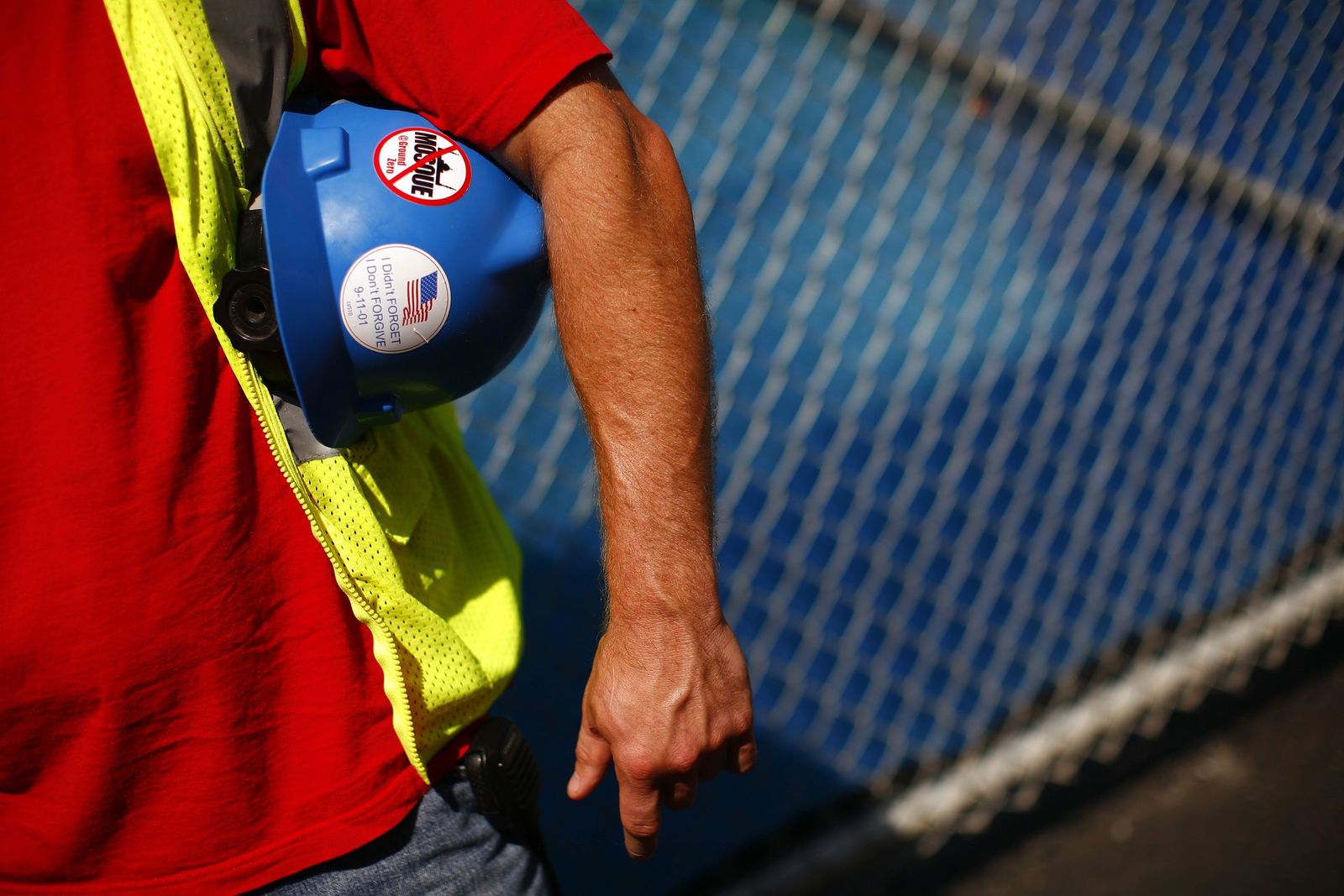 Sept. 11 is no longer a day of reconciliation in the United States.