The day that Raymond Azar was taken by force to Bagram was a quiet day in Kabul. There were no attacks and the sun was shining.

Azar, who is originally from Lebanon, is the manager of a construction company. He was on his way to Camp Eggers, the American military base near the presidential palace, when 10 armed FBI agents suddenly surrounded him.

The men, all wearing bulletproof vests, put him in handcuffs, tied him up and pushed him into an SUV. Two hours later, they unloaded Azar at the Bagram military prison 50 kilometers (31 miles) northeast of Kabul. 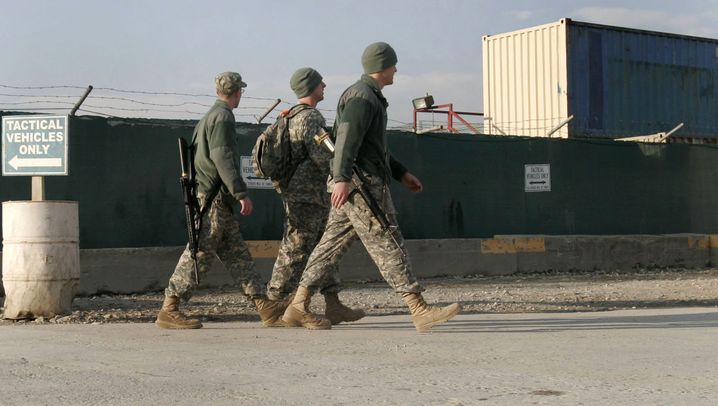 As Azar later testified, he was forced to sit for seven hours, his hands and feet tied to a chair. He spent the night in a cold metal container, and he received no food for 30 hours. He claimed that US military officers showed him photos of his wife and four children, telling him that unless he cooperated he would never see his family again. He also said that he was photographed while naked and then given a jumpsuit to wear.

'A Need for This Sort of Place'

On that day, April 7, 2009, President Barack Obama had been in office for exactly 77 days. Shortly after his inauguration, Obama had ordered the closing of the Guantanamo Bay detention center and ordered the CIA to give up its secret "black site" prisons. He wanted to shed the dark legacy of the Bush years -- there should be no torture any more, no more secret kidnapping operations of terrorism suspects, no renditions. At least, that was what Obama had promised. He did not mention Bagram in his speeches.

Azar was in Kabul on business. His company had signed contracts with the Pentagon worth $50 million (€34 million) for reconstruction work in Afghanistan. On April 8, Azar was placed onto a Gulfstream and flown to the US state of Virginia to face charges. He was accused of having bribed his US Army contact to secure military contracts for his company, and he was later found guilty of bribery.

It was a classic case of corruption, which is not the sort of crime for which a suspect is normally sent to a military prison. No one can explain to Azar why he was taken to Bagram, where the US military treated him like a terrorism suspect and, in doing so, inadvertently provided him with an insight into a world it normally prefers to keep under wraps.

Bagram is "the forgotten second Guantanamo," says American military law expert Eugene Fidell, a professor at Yale Law School. "But apparently there is a continuing need for this sort of place even under the Obama administration."

From the beginning, "Bagram was worse than Guantanamo," says New York-based attorney Tina Foster, who has argued several cases on behalf of detainee rights in US courts. "Bagram has always been a torture chamber."

And what does Obama say? Nothing. He never so much as mentions Bagram in any of his speeches. When discussing America's mistreatment of detainees, he only refers to Guantanamo.

The Bagram detention facility, by now the largest American military prison outside the United States, is not marked on any maps. In fact, its precise location, somewhere on the periphery of the giant air base northeast of the Afghan capital, is classified. It comprises two sand-colored buildings that resemble airplane hangars, surrounded by tall concrete walls and green camouflage tarps. The facility was set up in 2002 as a temporary prison on the grounds of a former Soviet air base.

Today, the two buildings contain large cages, each with the capacity to hold 25 to 30 prisoners. Up to 1,000 detainees can be held at Bagram at any one time. The detainees sleep on mats, and there is one toilet behind a white curtain for each cage. A $60 million extension is expected to be completed by the end of the year.

Unlike Guantanamo, Bagram is located in the middle of the Afghan war zone. But not all the inmates were captured in combat areas. Many terrorism suspects are from other countries and were transported to Bagram for interrogation after being captured. Since the military prison first came into operation, all the detainees there have been classified as "enemy combatants" rather than prisoners of war, which would make them subject to the provisions of the Geneva Convention.

Bagram's most prominent temporary detainee to date was Khalid Sheikh Mohammed, the self-proclaimed chief architect of the Sept. 11, 2001 terrorist attacks. After his arrest in Pakistan, Mohammed was initially taken to Bagram for three days and was then held at a secret prison in Poland before being flown to Guantanamo. He told representatives of the Red Cross that he was beaten in Afghanistan, suspended from shackles attached to his hands and sexually humiliated. "I was made to lie on the floor," he said. "A tube was inserted into my anus and water poured inside."

"In my view, having visited Guantanamo several times, the Bagram facility made Guantanamo look like a nice hotel," says military prosecutor Stuart Couch, who was given access to the interior of both facilities. "The men did not appear to be allowed to move around at will, they mostly sat in rows on the floor. It smelled like the "monkey house" at the zoo."

Omar Khadr, a Canadian inmate who was 15 at the time, says military personal used him as a living mop. "Military police poured pine oil on the floor and on me. And then, with me lying on my stomach with my hands and feet cuffed together behind me, the military police dragged me back and forth through the mixture of urine and pine oil on the floor."

At least two men died during imprisonment. One of them, a 22-year-old taxi driver named Dilawar, was suspended by his hands from the ceiling for four days, during which US military personnel repeatedly beat his legs. Dilawar died on Dec. 10, 2002. In the autopsy report, a military doctor wrote that the tissue on his legs had basically been "pulpified." As it happens, his interrogators had already known -- and later testified -- that there was no evidence against Dilawar.

According to an internal military investigation of the prisoner abuse cases at Abu Ghraib prison in Iraq, which triggered worldwide outrage when it became public in 2004, the practices there were inspired by the treatment of inmates at Bagram.

To this day, there are hardly any photos from inside Bagram, and journalists have never been given access to the detention center. Although exact numbers are unknown, there are believed to be about 600 detainees at Bagram, or close to three times as many as there currently are at Guantanamo. According to an as-yet-unpublished 2009 Pentagon report, 400 of the Bagram inmates are innocent and could be released immediately.

The detainees at Bagram still have no right to an attorney, which means that they have no legal recourse against their imprisonment and no opportunity to testify in their cases. Some have been there for years, without knowing why.

Obama has announced new guidelines for the treatment of the Bagram detainees, which would require that a US military official provide assistance to each detainee -- not as an attorney but as a personal adviser of sorts. This representative could then review evidence and witness testimony for the first time, and could request that a review board examine the case.

However attorney Tina Foster feels that the new initiative is just a cosmetic measure. "There is absolutely no difference between the Bush administration and the Obama administration's position with respect to Bagram detainees' rights," she says during an interview with SPIEGEL in her office in the New York borough of Queens.

Foster, a petite 34-year-old with dark brown eyes and black hair, took on the cases of Guantanamo detainees as an attorney with the New York-based Center for Constitutional Rights. That was before she discovered that the worst prisoner abuse happened long before the detainees arrived in Guantanamo -- at Bagram.

Since 2005, Foster has worked exclusively with Bagram cases. She has appeared in court to file habeas corpus petitions for three Bagram inmates. Normally, every prisoner is entitled to habeas corpus rights, which would give him the opportunity to petition a US court to investigate the reasons for his arrest.

'This Ugly Chapter of American History'

In early April of this year, a judge ruled in favor of Foster's petition, arguing that because her three clients, two Yemenis and a Tunisian, had not been "captured in a battlefield situation" in Afghanistan but instead had been taken to Bagram from a third country, they too had rights guaranteed by the US Constitution. "That was a huge success," says Foster.

Last Monday, the US Justice Department submitted a 64-page brief to the appeals court, challenging the decision. The Justice Department lawyers argued that, as a military prison in a combat zone, Bagram constitutes a special case.

Foster, who supported Obama during the campaign and then voted for him, is disappointed by her former idol. "When I heard his announcement to close Guantanamo, I breathed a sigh of relief that perhaps this extremely ugly chapter of American history was finally being put to an end," she says. "Unfortunately, since then, the Obama administration has completely failed in delivering the change that was promised."

Left in the Snow

Foster plans to continue fighting for that cause, even though one of her clients, whose witness testimony figured prominently in her case, is now dead. Jawed Ahmad, who was also known as Jojo Yazemi, was a journalist working in Afghanistan for a Canadian television station. He was 22 when he was arrested in October 2007.

The Americans accused him of being in contact with the Taliban. They incarcerated Yazemi at Bagram, where he became just another "enemy combatant" -- detainee number 3,370. They left him standing in the snow for six hours, beat him, threatened him and submitted him to sleep deprivation for weeks. It was only after fellow journalists in New York launched a major media campaign in support of Yazemi that he was released -- after 11 months and without any explanation as to why he had been detained in the first place.

Just six months after his release, gunmen driving a white Toyota pickup truck, the kind favored by many Taliban, shot and killed Yazemi in Kandahar. "It was one of the most terrible moments of my life," says Tina Foster. "He was a great person and a friend." And he was also Foster's star witness in her case against Bagram. 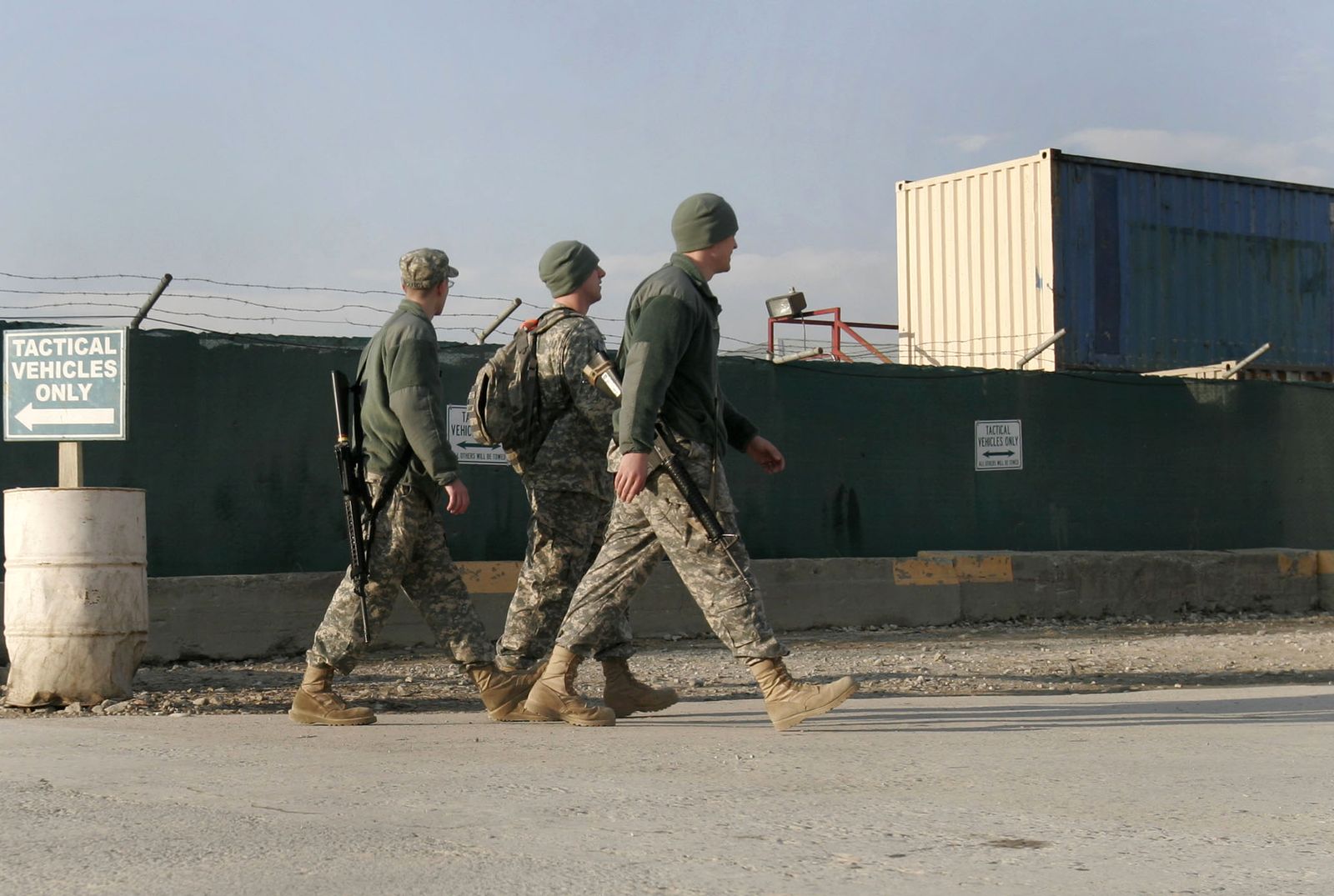 The US air base at Bagram, Afghanistan: The site's secret military prison has allegedly been the location of torture worse than that carried out at Guantanamo. 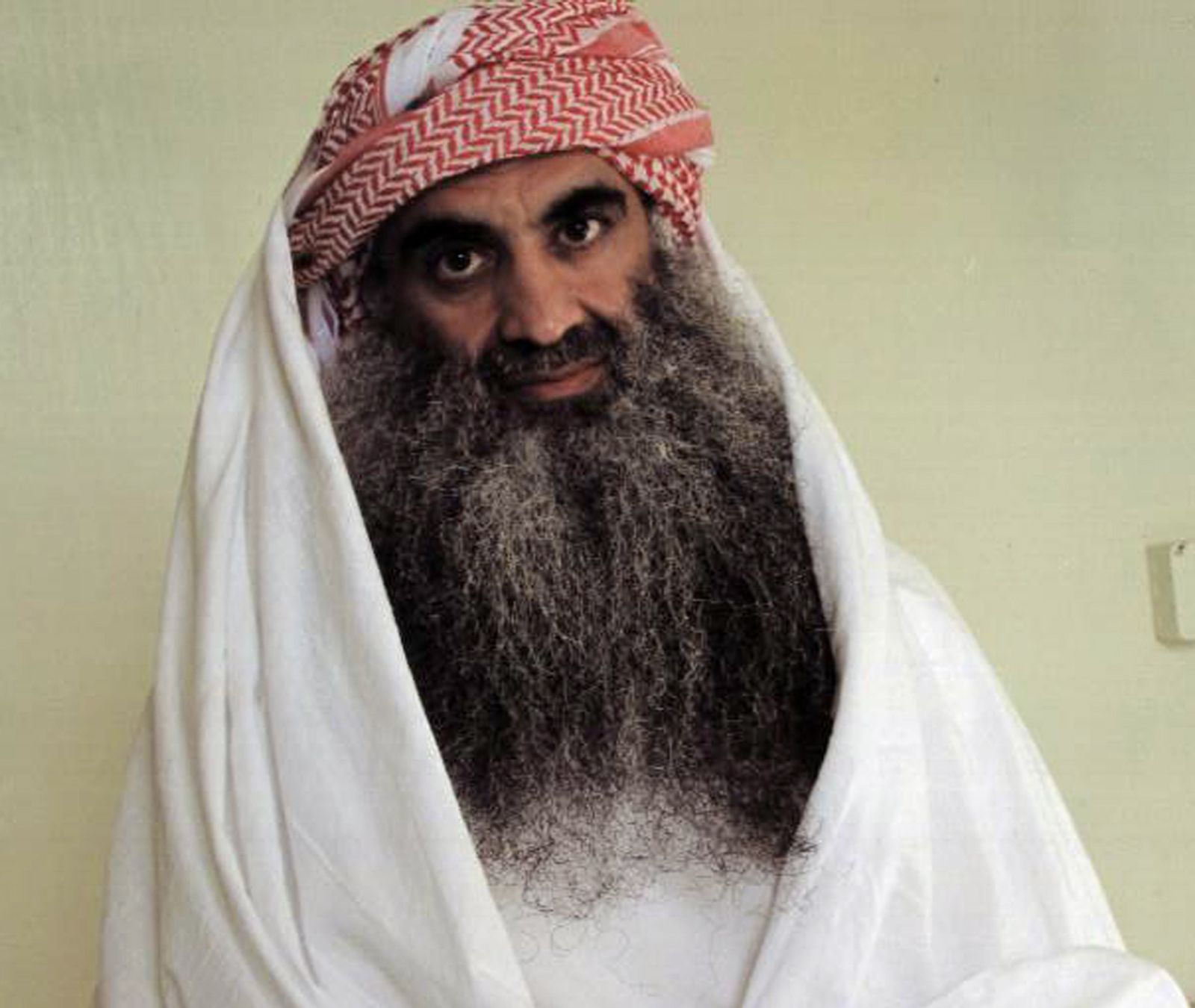 Bagram's most prominent detainee to date was Khalid Sheikh Mohammed, the self-proclaimed chief architect of the Sept. 11, 2001 terrorist attacks, seen here in detention at Guantanamo.

The US air base at Bagram, Afghanistan: The site's secret military prison has allegedly been the location of torture worse than that carried out at Guantanamo.

Bagram's most prominent detainee to date was Khalid Sheikh Mohammed, the self-proclaimed chief architect of the Sept. 11, 2001 terrorist attacks, seen here in detention at Guantanamo.