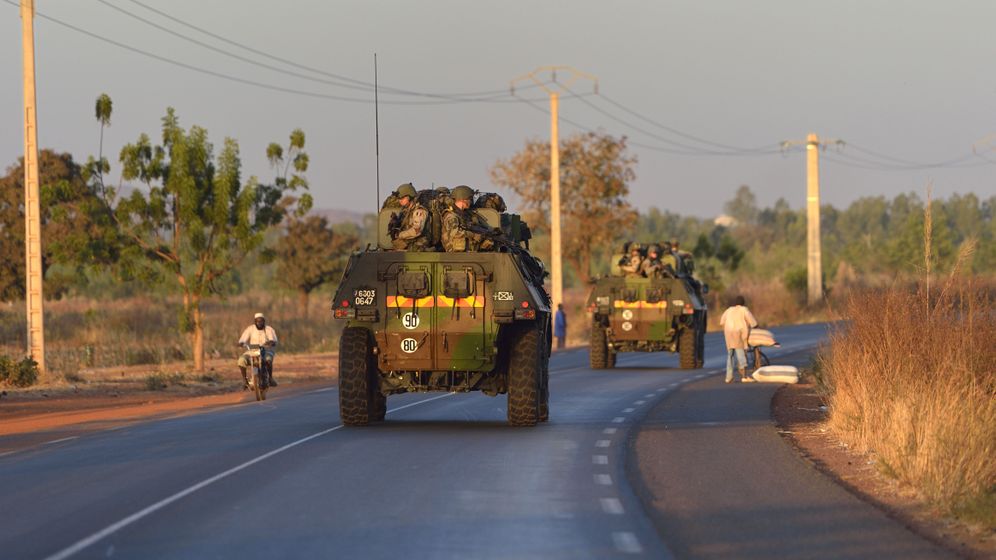 When French President François Hollande addressed the press in Dubai on Tuesday evening, it was impossible not to think of Afghanistan. Relying on the strong rhetoric he has used so often in the past few days, Hollande struck a belligerent tone. And then, in a single sentence, he defined the aims of the operation France launched in Mali last Friday: "We have one goal. To ensure that when we leave, when we end our intervention, Mali is safe, has legitimate authorities, an electoral process and there are no more terrorists threatening its territory."

Just as the international community did at the beginning of the Afghanistan intervention, Hollande has set the bar high. To be sure, the comparisons between the current crisis in Mali and the situation in Afghanistan on Sept. 11, 2001 are far from perfect. Still, the goals the French president has set for Mali are just as distant as those established by Washington when it launched the war in the wake of the devastating al-Qaida terror attacks in the US. And in Afghanistan, 12 years after that mission began, very few of those original goals have been met.

Hollande's statement made it clear that the French operation is not merely a brief intervention to stop the Islamist advance from northern Mali toward the capital in the south. Rather, Paris is looking for support from Africa, Europe, the US and elsewhere for an operation aimed at freeing northern Mali from the yoke of Islamist extremism and establishing long-term stability in the country.

Those who join him must be prepared for a long and difficult war.

The transportation of men and matériel are difficult enough. So far, the French have some 750 soldiers in Mali. A third of them are stationed directly on the border of the region under Islamist control, with additional units still in the capital, Bamako, preparing to head to the front.

More on the Way

Reinforcements are expected in the coming days. On Tuesday, French Defense Minister Jean-Yves Le Drian confirmed reports that Paris was planning to send a total of 2,500 troops. Armored vehicles and other heavy equipment are also on the way, and the French news agency AFP reported that French forces now heading north included some 30 armored personnel carriers.

The force's size demonstrates France's determination to take the leadership role in what it hopes will become an international force to retake northern Mali. Countries belonging to the African alliance ECOWAS have promised to send up to 3,300 troops to support the French effort. So far, however, none have arrived in the country. France has said the ECOWAS forces are expected "in a few days." But a lack of transport planes and adequate equipment may delay their arrival.

Despite the regional support -- and France's clear military advantages, demonstrated in recent days with targeted airstrikes and small special forces assaults on Islamist positions -- the mission remains a dangerous one. "If you start a mission with lofty goals and moral claims, it is difficult to quickly withdraw later," says one veteran NATO diplomat with experience in Afghanistan. Indeed, despite widespread popular support at home, the leadership mantle that France has donned could ultimately become a political boomerang.

And there are plenty of open questions. ECOWAS has been promising to send troops to Mali for months, but nothing has happened. Even if the French operation speeds their arrival, it is unknown how effective the soldiers from Senegal, Burkina Faso and Niger, among other countries, actually are. In Mali itself, there is also concern about the arrival of troops from neighboring countries -- partly out of pride, but also out of fear of their presumed aggression.

Likewise, there is still no clear strategy for how to fight the Islamists. Intelligence officials have estimated that they have some 2,000 fighters who are extremely mobile and have excellent local knowledge of Timbuktu, Gao, Kidal and other towns and cities in northern Mali, which they were able to quickly overrun in the spring. It seems likely that they would pursue a strategy similar to the one the Taliban used in Afghanistan: first fleeing the international force to neighboring countries and then waging a guerrilla war from there.

The political situation in Mali is also a complicated one. An interim government has held power in the country since a military coup d'état last March. In recent days, government leaders have promised to hold elections in April, but it is impossible to know just how serious they are about democracy. Given that the country is essentially split in two, holding an election would be extremely challenging. Indeed, free elections in the north are virtually impossible for the time being, and a vote in which only those in the south could cast their ballots would risk strengthening the north-south divide.

Officials in Paris are well aware of the challenges facing them, as are leaders in Berlin. Germany, however, sees no alternative to supporting the French, whose rapid intervention in Mali surprised governments around the world. As recently as the weekend, the Defense Ministry in Paris was promising the mission would only last "a few weeks." Now, just a few days later, hardly anyone believes that the withdrawal will be anywhere near as rapid. 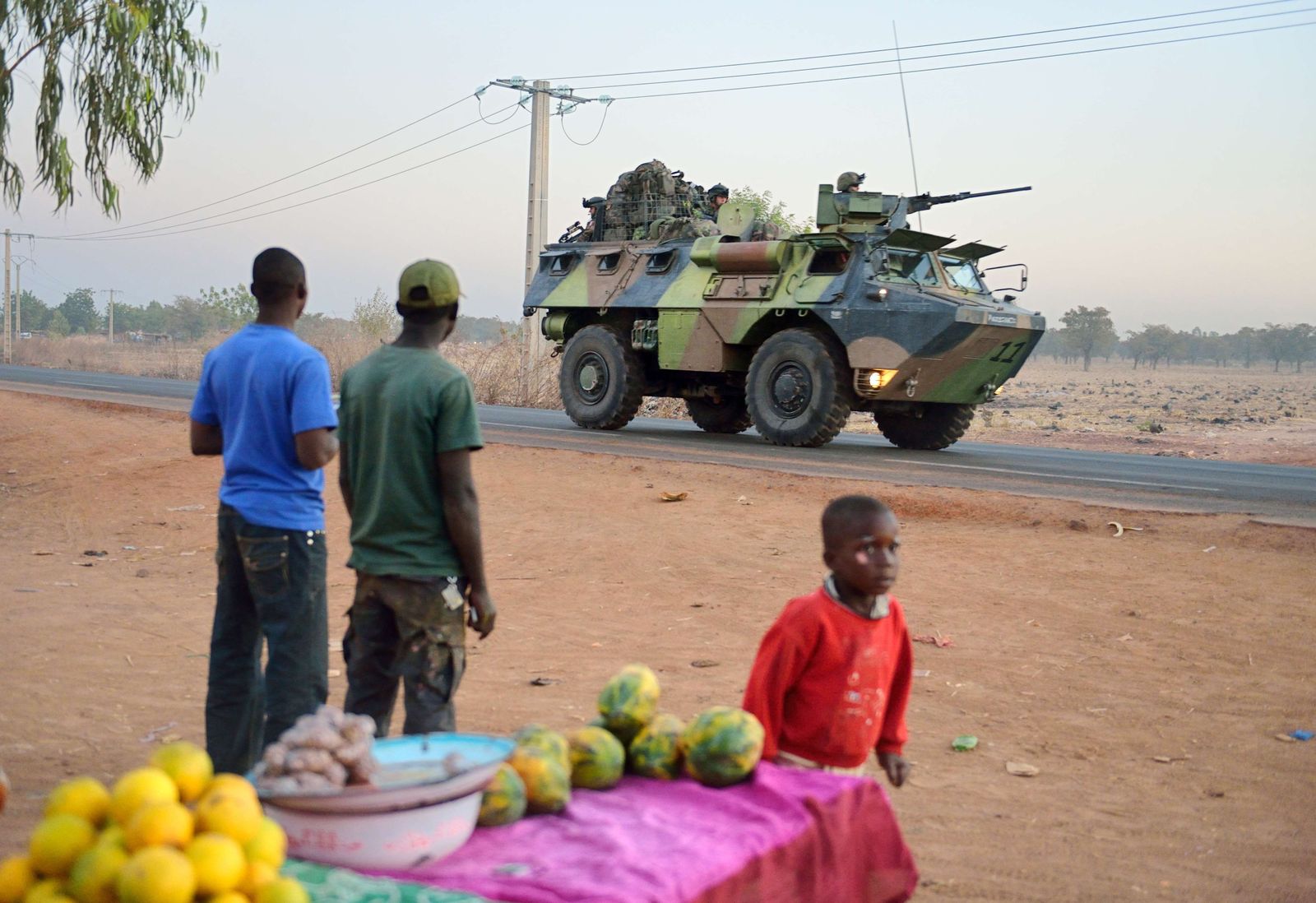 Malians watch a passing French armored personnel carrier as it heads north toward the line separating the Islamist-controlled northern part of the country and the south.