Ernest Rutherford, the chemist and nuclear physicist, wanted to conduct massive experiments in his laboratories in Britain. He had won the 1908 Nobel Prize in chemistry and would go on to become one of the legends in his field. But he often simply didn't have the funds. Legend has it that he gathered together his team and said: "Gentlemen, we have run out of money. It's time to start thinking."

These words attributed to Rutherford have become world-famous -- also in the realm of politics. And they could hardly be more applicable than to United States Vice President Joe Biden's upcoming trip to Germany. On Friday afternoon, Biden will hold a powwow with German Chancellor Angela Merkel in Berlin. On Saturday, he is scheduled to deliver a speech at the annual Munich Security Conference.

The reason is clear: Biden might still speak eloquently in public about trans-Atlantic cooperation. But, behind closed doors, his main message will be that America and its allies need to come up with a new way of divvying up responsibilities in this uncertain world.

In 1998, then-Secretary of State Madeleine Albright called America the "indispensable nation." But now, 15 years later, it is primarily an exhausted one, a global power in decline that has its gaze turned toward the domestic front rather than Afghanistan or the Middle East.

This should come as no surprise. Since the end of the Cold War, US soldiers have spent almost twice as many months at war than they had in previous decades. The country has pumped a phenomenal amount of money into its military. Indeed, in 2011, it spent more on defense than the next 19 military powers combined. And, of course, this only contributed to its record mountain of $16 trillion (€11.8 trillion) in public debt.

When Biden gets up to speak, he will relay a message from his boss, US President Barack Obama. And the message will be: "Enough!" After all, when Obama recently gave his second inaugural address, he avoided making any reference to John F. Kennedy's 1961 inaugural speech, in which he said that America would "pay any price, bear any burden … in order to assure the survival and the success of liberty" around the globe. Instead, the key sentence of Obama's speech was: "A decade of war is now ending."

Obama, the Nobel Peace Prize laureate, didn't focus on creating a better world in his speech. Instead, he talked about a better America, one with more opportunities for immigrants, more rights for homosexuals and less social inequality. Today's America is deeply divided, but all sides agree on one point: America's well-being is more important than the world's.

Obama's predecessor, President George W. Bush, had far-reaching, messianic visions for American foreign policy. But what remains of that in the Obama era is the so-called "Eisenhower Doctrine," as US commentators are re-discovering it. As a general, Dwight D. Eisenhower was the hero of World War II. But, as America's president from 1953 to 1961, he wanted to avoid bloodshed at all costs -- or at least the spilling of American blood. According to biographer Jean Edward Smith, from the end of the Korean War till the end of his presidency, America didn't suffer a single combat fatality.

Obama has now nominated Chuck Hagel to become his new secretary of defense. Hagel, a former Republican senator and decorated combat veteran of the Vietnam War, gave Obama an Eisenhower biography as a gift and wants to keep today's GIs out of harm's way. Indeed, Hagel shares Obama's global vision of "leading from behind" -- whether it's in Libya or, more recently, in Mali, where the US is happy to let France take the lead.

Still, this new division of duties isn't the end of the world anymore than cuts in US military spending are. They are easier to implement than the grumbling military brass lets on. The real drama would be if America decided to completely retreat behind its own borders.

The fact is that, when it comes to America's standing in the world, the Obama-Biden team has made up a lot of ground. But its foreign policies have yielded hardly any real results. Indeed, even the Brookings Institution, the respected Washington-based think tank, believes that Obama has yet to chalk up many foreign policy successes.

In countries that take a hostile stance toward America, such as Pakistan, Obama is just as unpopular as Bush was -- perhaps as a result of deploying more drones than diplomats. It appears more likely than ever that Iran will develop nuclear weapons, the battle against climate change is stalling, the Israelis and Palestinians are back at each other's throats, and Sino-Western relations are still on shaky ground.

Is the World Shifting Into Reverse?

You would think it were high time for Obama to jump back into the saddle before he gets reduced to a lame-duck status. But no matter how many blinding smiles the notoriously perky Biden flashes in Berlin and Munich, this is probably too much to expect.

Of course, this gives rise to the question: Which country could step in and replace the United States? China is panicking about whether its economy is losing steam, Russia has degenerated into a petro-dictatorship, and Brazil and India are faltering. At the same time, international institutions, such as the United Nations, NATO and the European Union, are suffering from an identity crisis about what they're supposed to do.

As political scientist Ian Bremmer suggested in his recent book "Every Nation for Itself," we currently find ourselves in an era marked by a global "leadership vacuum." This could turn out to be a time of forward progress, especially for the Europeans, who may ultimately become the new global police.

The Washington Post says this isn't an idea to be scoffed at. But it still seems more entertaining than probable. If you exclude Britain, European nations have slashed their defense budgets by an average of 15 percent since the end of the Cold War. Worse yet, as illustrated by the euro crisis and the most recent brouhaha over London's role in the EU, diplomatic unity in Europe has yet to make the leap from paper to reality.

Indeed, rather than making progress, it is much more likely that the world will shift into reverse. Europe isn't in a position to provide decisive leadership. And the US doesn't want to anymore. 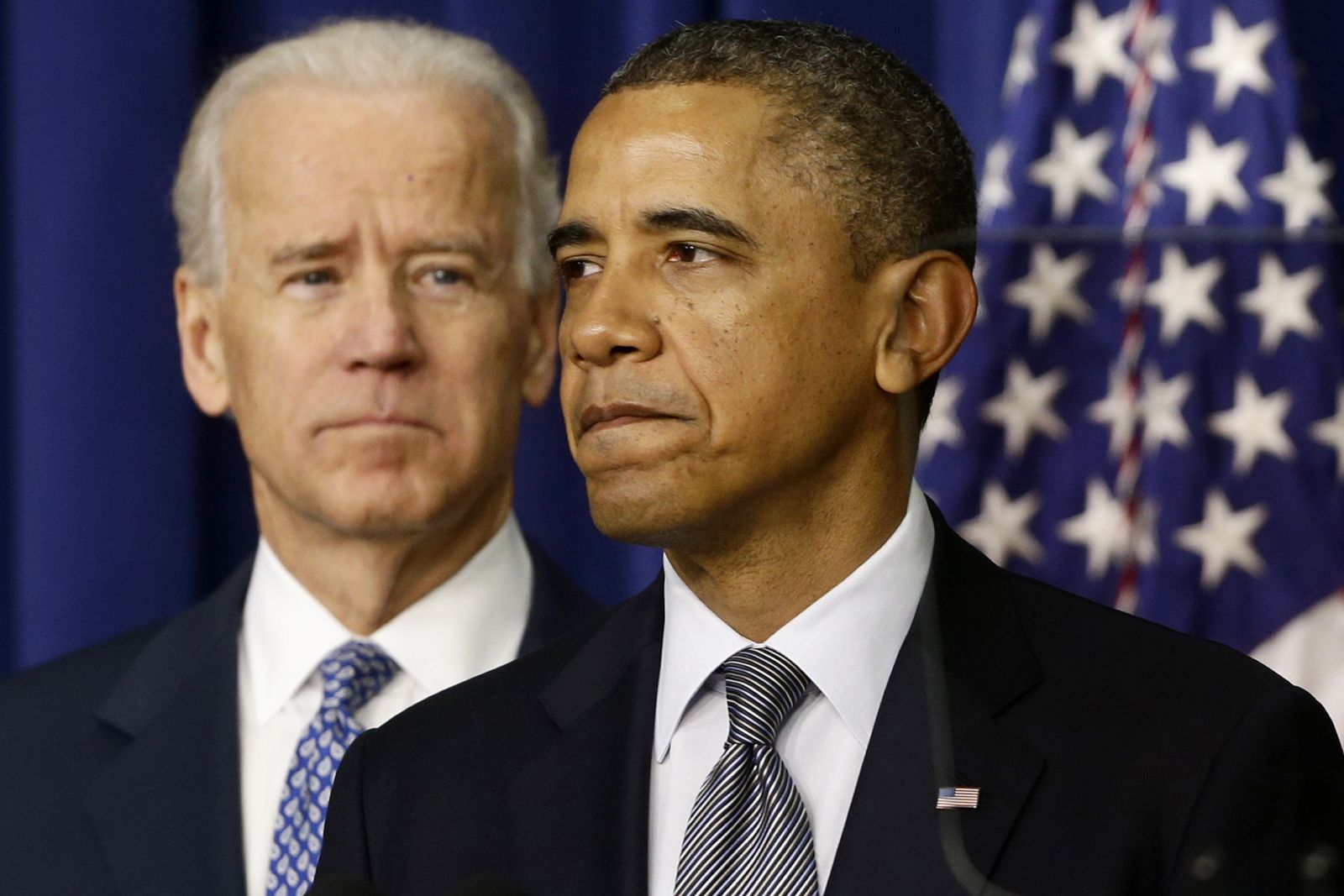 US President Obama with Vice President Biden: "A decade of war is now ending."