America's president, as the political scientist Richard Neustadt once noted, may be the most powerful man in the world, but he has only one real power: the power of persuasion.

That's why US presidents are so keen to get in front of the TV cameras and address the nation from what Americans refer to as the "presidential pulpit." Barack Obama was back at the pulpit on Monday afternoon, as the world's stock exchanges plummeted. "No matter what some agency may say, we've always been and always will be a triple-A country," asserted the president. It had taken Obama three days to make a statement on Standard & Poor's decision to strip the United States of its top credit rating.

But Obama convinced no one. Even while the president was speaking, the Dow fell below 11,000 for the first time in nine months. This is certainly a problem for Obama, but more than that, it is a problem for America.

Do Americans Still Trust Their President?

The debates about debt ceilings, trillion-dollar austerity packages and budgetary tricks are highly technical, and only financial experts really understand them. But in the end it all comes down to some very simple questions. Do Americans still trust their political system and their president? More importantly, do they still have confidence in America's greatness?

The debt-ceiling compromise that Congress reached last week was intended to restore this confidence. But it didn't really satisfy anyone, and its impact has faded quickly.

Now Obama wants to take another stab at the issue. On Monday, he announced that, following the shock downgrade, he wants to hold new negotiations on debt reduction, "as soon as Congress gets back." The president said he intends to present his own proposals "over the coming weeks."

But does he really have that much time, given the global shock waves on the markets? Shouldn't Obama take action right away? And shouldn't he seem a bit more decisive?

"The most powerful man in the world seems strangely powerless, and irresolute, as larger forces bring down the country and his presidency," writes influential Washington Post columnist Dana Milbank. Many American observers are asking what happened to Obama's leadership, which was already lacking during negotiations in Congress on the US debt ceiling. Those talks only achieved something when the leaders of both parties in Congress reached an agreement -- not because Obama laid down the law.

Calls for Obama to Lead

The calls for more leadership from the president are getting louder. And they are coming from the left, right and center of the political spectrum.

John McCain, the former Republican presidential candidate, mocked Obama for "leading from behind." In a SPIEGEL interview, legendary civil rights activist Jesse Jackson also criticized the president for not showing more of a backbone. "The Republicans feel they can keep pushing and he will keep giving," he said. "They have not seen a stiff resistance on his part."

In an opinion piece for the New York Times, the influential psychology professor Drew Westen asked what happened to Obama's passion. Unlike, say, Franklin D. Roosevelt, one of the fathers of the US welfare state, Obama is failing to argue for his political values with his heart and soul, Westen writes.

Meanwhile, the respected Harvard economist Kenneth Rogoff has criticized Obama's concessions in the debt-ceiling wrangle. "He was holding all the cards and he was still stared down by the Tea Party," Rogoff told SPIEGEL in an interview. "He should have said: 'I do not negotiate with terrorists. If you want to bring down financial markets, it will be on your head. I am going to behave normally and responsibly.' Instead, he got gamed into making giant concessions, and this has weakened the presidency."

A Problem for the World

The debate is transforming Obama's problem into one for the entire US. "Can America still lead?" asks Washington Post columnist E.J. Dionne Jr.. Millions of people around the world had hoped in vain that Obama "would restore the United States to a position of responsible global leadership," Dionne writes. "America's friends overseas know that the debt crisis was instigated by Obama's opponents. Yet they worry now about how strong Obama is, whether he will draw lines and if he can seize back the initiative."

Indeed, the rest of the world is displaying its uncertainty in a relatively open manner. Christine Lagarde, the new head of the International Monetary Fund, has warned that the fundamental belief in America's economic strength could be permanently undermined. Others can't resist showing schadenfreude. In a strongly worded editorial, Xinhua, China's state-run news agency, advised American leaders to show "some sense of global responsibility." Russian Prime Minister Vladimir Putin went even further, publicly accusing the US of "living like parasites off the global economy."

But that kind of schadenfreude is strangely shortsighted. Because it is precisely now, in the middle of a serious crisis, that the planet needs a determined voice in Washington -- a city which is still in many ways the world capital. 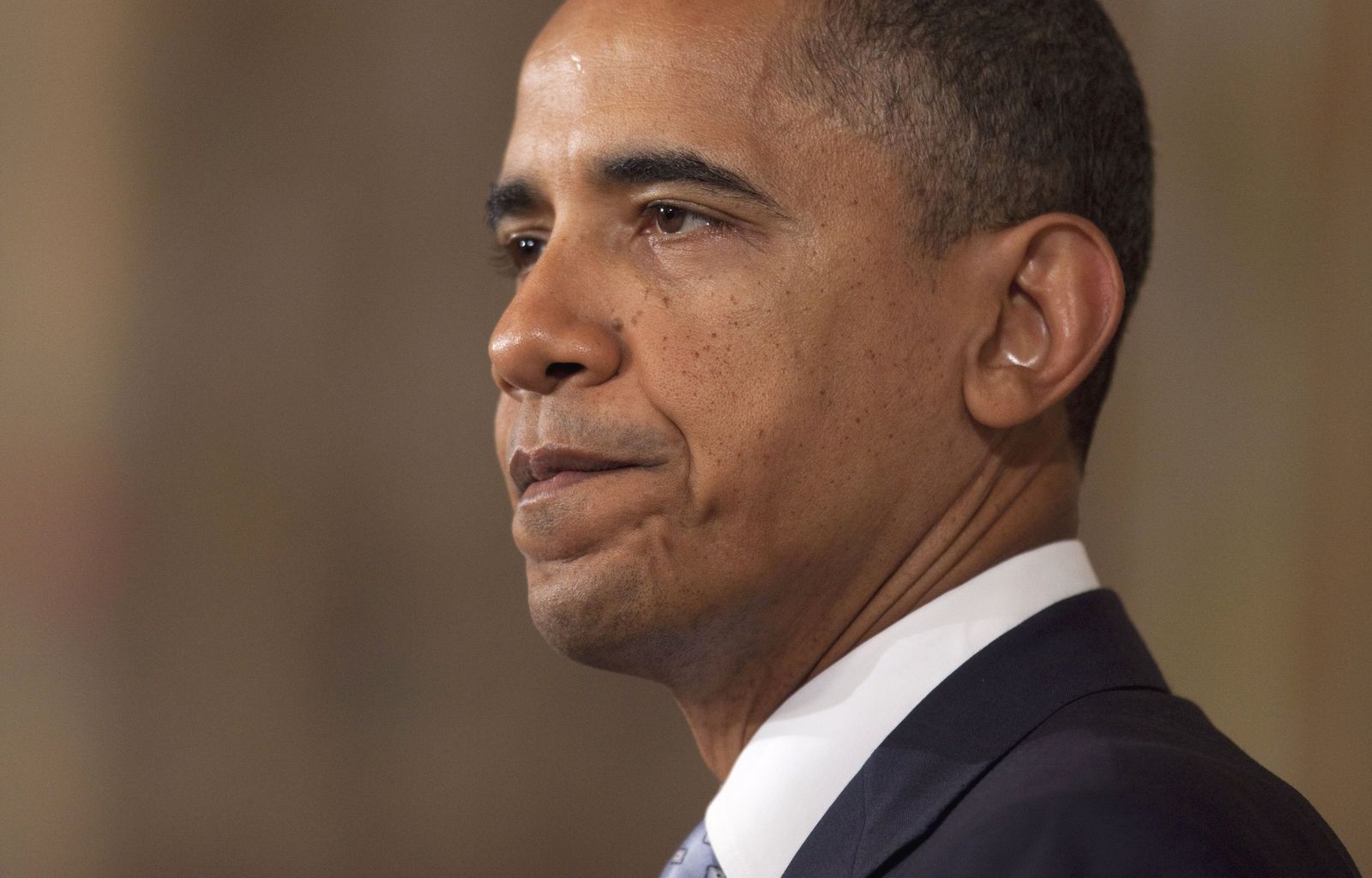 Barack Obama is under fire for his lack of leadership.