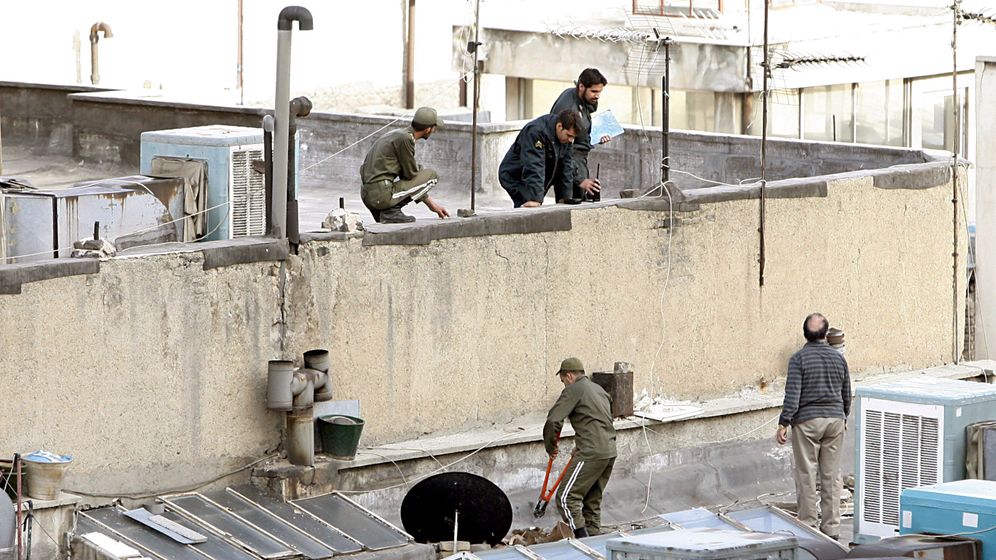 SPIEGEL: Iran has announced its intention to completely cut itself off from the Internet. Is such a thing realistic?

Howard: The government in Tehran has already shown itself to be capable of such a thing. Following the controversial re-election of President Mahmoud Ahmadinejad in June 2009, the country was cut off for about 24 hours. But when a regime shuts down the Internet, it is usually also a last, desperate measure.

SPIEGEL: Even in 2009, the country wasn't completely offline.

Howard: The Iranian government asked the three largest Internet service providers to shut down, but they didn't bother with the smaller ones. What many states don't understand is that digital networks are essentially networks. When you remove two or three important nodes, other nodes pick up the traffic. And there are always a few activists who are prepared and have their satellite phones ready. They set up connections to Internet service providers in Europe and they work out other ways of getting out a little bit of information.

SPIEGEL: Instead of using landlines, some Iranian bloggers have taken to using satellite dishes to access the Internet.

Howard: That, though, is relatively difficult from a technical point of view. It's not easy to adapt the satellite dishes...

SPIEGEL: ... which are increasingly being destroyed by special police units...

Howard: ...and access the web via providers in Dubai or Cyprus. It is difficult to say if this route will remain open when the regime imposes its total boycott.

SPIEGEL: How else could a complete boycott be circumvented?

Howard: Universities often have their own distinct connections to one another. Major trading houses or major financial centers also sometimes have backup connections. They are electronic networks that may be distinct from what the regime shuts off.

SPIEGEL: There is no way for Tehran to go back to a time before the World Wide Web?

Howard: A complete partition is not possible. As long as there are a few lines open, activists will find a way to use them. The US is working on developing the ability to send digital packets that are invisible and are only interpretable for other machines that you set up on the network that know what to look for. It's called a dark Web infrastructure and you can use it to take advantage of networks belonging to universities or companies that we don't normally think of as being part of the Internet.

SPIEGEL: From a technical perspective, what would an attempt to cut a country off from the Internet look like?

SPIEGEL: Were Tehran to make such a move, the price would be high. The country would become even more isolated.

Howard: And the price wouldn't just be political. Were Iran to disconnect its oil industries from global information flows, the impact on those industries' ability to deliver what little they can sell would be enormous. When Hosni Mubarak shut off the Internet in Egypt during the protests there, the impact was disastrous. The five days offline cost the Egyptian economy an estimated €250 million.

SPIEGEL: President Ahmadinejad has indicated he wants to provide an alternative, a so-called intranet which will allow Iranians to communicate among themselves.

Howard: It is certainly possible. China has the best example of a national network that is relatively disconnected from the rest of the global information infrastructure. The Chinese have built software that basically mimics anything we develop in the West and embed surveillance algorithms deeply into them. But I'd be very surprised if the Iranians were able to launch all of this.

SPIEGEL: So all this talk about a gigantic intranet, it is just propaganda?

Howard: It is mostly a political threat. Their goal probably isn't to totally disconnect. The idea is probably to slow down the Internet traffic so much that you can use a program to inspect each piece of information that comes and goes. It's a very inefficient way of doing censorship, but it is the most effective.

Howard: There are not many Muslim countries which have a population as networked as that of Iran. Ten million Iranians are regular Internet users. Particularly the politically engaged youth know the web and know the tricks.

SPIEGEL: Tricks to get around having to use the government-controlled servers, you mean?

Howard: Proxy servers are one of the things that activists have put to work for themselves. So when the state tries to shut down the Internet or when you learn that an authoritarian regime is watching particular sites or trying to disable YouTube or Twitter, proxy servers are very helpful as ways of getting around those. They open doors where other doors have been shut. I've also heard that gaming consoles such as PlayStation or Xboxes can be turned into devices for sending out information without having to go through Internet exchange points.

SPIEGEL: But the regime too has a fair amount of know-how.

SPIEGEL: The US government has approved around $70 million to set up so-called shadow networks to help dissidents communicate independent of the official Internet.

SPIEGEL: Still, even if the Iranians are Internet savvy, it didn't seem to help them much. The Green Revolution was brutally put down.

Howard: But the mullahs are split in a way that they never have been before. And the world saw that Persians took to the streets and were willing to face tear gas and rubber bullets, just like in Egypt and Tunisia. The Internet was useful by enabling journalists to publish stories overseas that they couldn't publish at home. We are seeing the same thing in Libya, Syria and Yemen, although I don't think the Internet has the same logistical function in those countries as it did in Tunisia and Egypt.

SPIEGEL: And Iran, it would seem, had its chance but wasn't quite able to pull it off.

Howard: I don't think of it as a failed revolution. I think of it as the one that almost happened. The democratization efforts didn't prevail, but the system of political communication in that country has so significantly changed that the next time they rig an election, it will be very difficult to pull off peacefully. 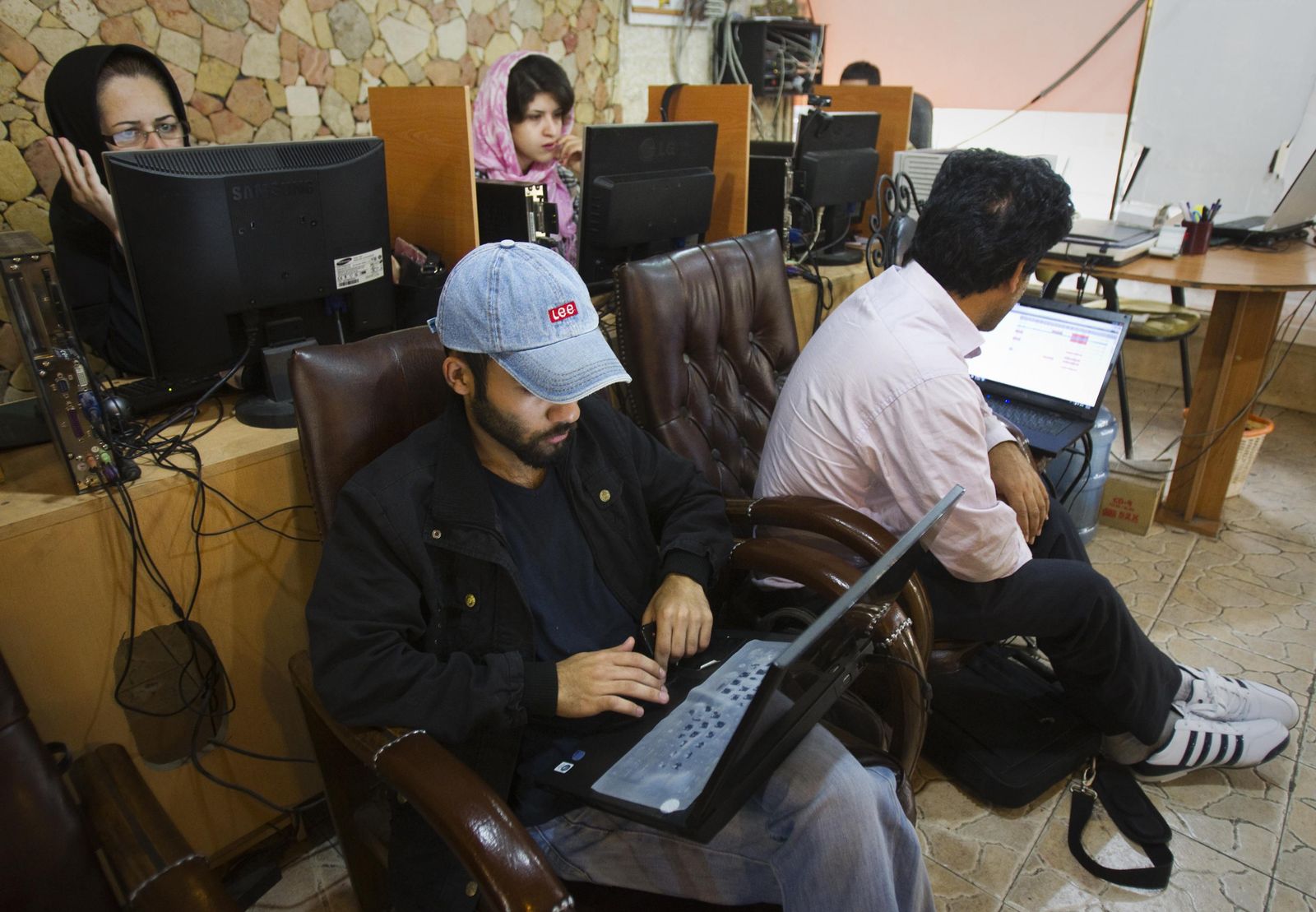 Iranians are very Internet savvy with some 10 million of them counted as regular users. Pro-democracy activists proved inventive at getting around government censorship during and since the Green revolt in 2009.