The images are meant to create an impression, and in this war of images, they don't miss their mark. Heads are cut off: both the heads of human beings and those of statues. Museums are looted, ancient sites are bulldozed. These images are then dispatched around the world.

It is a calculated escalation that Islamic State is pursuing. It may even be that the images of destroyed artifacts are more effective than those depicting executions, because they are televised everywhere and not relegated to the depths of the Internet. And because we can understand the images of destruction -- unlike the photos and videos of executions, which we see as acts of insanity beyond the scope of rational thought.

We aren't just able to kill in the present, that is the message of these images, we are also able to destroy the past: We are the masters of both time and space. The caliphate's goal is to expand its path of destruction into the fourth dimension.

The global press uses terms like "monsters," "acts of barbarism" and "breaking taboos" to describe the actions of the IS terrorists. But is Islamic State really on an irrational rampage against the modern age? Are they really trying to bring back the Middle Ages? Or is it perhaps a rational plan, a propaganda trick calculated to pull the West into what the apocalyptic visionaries of IS see as the final battle?

For David Pinault, a professor of Islamic Studies at the University of Santa Clara, the videos are primarily "recruiting videos" intended to motivate Islamists in the struggle against infidels. According to Pinault, they are also meant to infuriate and instill fear in the group's enemies.

There is a widely held view that a jihadist who strikes a Mesopotamian statue with a hammer or uses a drill to destroy a winged bull from Nineveh is destroying the cradle of civilization, and this is certainly true. But it is also true that all of this didn't begin in February 2015 or in 2013, when Islamic State first appeared on the radar of Western media.

It began on March 20, 2003, when the American-led "Coalition of the Willing" invaded Iraq. It was this illegitimate war that created the "failed state" of Iraq in the first place, and today's threat arose from its ruins. The vacuum of power was what enabled the Islamists' fury to develop in the first place. The war on terror created today's terror being perpetrated by IS.

And it appears also to be true that American and later Polish troops caused serious damage to the ancient city of Babylon back then, undoubtedly another "cradle of mankind," when they built military camps and destroyed ancient streets, and when the rotors of their helicopters caused temples to collapse. "Look at this land," Maitham Hamza, director of the completely empty museum of Babylon, said in 2008. "It is packed with remnants. They filled their bags with them." The sandbags he was referring to, filled with archeological valuable earth, were used to secure a base for 2,000 troops. At the time, the base in Babylon was nicknamed "the Hanging Gardens of Halliburton," because this now notorious military contracting firm was responsible for the camp. Nebuchadnezzar ruled Babylon in the 6th century B.C., but then, 2,600 years later, American soldiers arrived and sprayed "Miss you, Smoothy!" onto the walls.

John Curtis, director of the Department of the Middle East at the British Museum, describes what happened there as "ignorance and stupidity." "This is tantamount to establishing a military camp around the Great Pyramid in Egypt or around Stonehenge in Britain," reads a report by the British Museum. And only when aerial images revealed the enormous scope of the base, says Curtis, did "military authorities of the coalition start to be very nervous and decide that they had to leave." The Guardian called it an "act of cultural barbarism." To this day, what happened in Babylon remains far less publicized that the vandalism committed by IS terrorists.

There were warnings, such as when a group of archeologists concluded before the Iraq War that 8,000 years of human history were in danger. To address these concerns, a delegation of academics, museum directors, art collectors and art dealers met with Pentagon officials in January 2003 to convince them to protect the archeological digs. But there were also other interests at play. In 2002, Ashton Hawkings of the American Council for Cultural Property said that the "legitimate dispersal of cultural material through the market," was the best way to protect these treasures. "This is just the sort of thing," Dominique Collon of the British Museum warned at the time, "that will encourage looting."

What happened in Iraq was a violation of the Geneva Convention and the Hague Conventions. The troops in the coalition fighting Saddam Hussein did nothing to prevent the looting, and as a result 16 Assyrian bronze reliefs from the 9th century B.C. were stolen from the museum in Mosul -- a site Islamic State has now targeted as well. Three members of the White House's Cultural Property Advisory Committee resigned in protest at the time. Beyond a couple of reports, nothing much was done. "As long as Britain and America remain in denial over the anarchy they have created in Iraq, they clearly feel they must deny its devastating side-effects," columnist Simon Jenkins wrote in the Guardian in 2007.

IS is one of those side-effects, and its members are in fact not monsters from the Middle Ages. On the contrary, says British philosopher John Gray, who calls IS a "modern movement through and through," a sort of terrorist startup with a clearly defined business model. "There is nothing random or irrational about IS violence," writes British religious scholar Karen Armstrong, noting that "IS is not an atavistic return to a primitive past."

The argument holds that the IS approach, including its destruction of ancient cultural sites, can be viewed as more than merely the act itself. Instead, there is a tactic behind its actions, an escalation for the sake of escalation. Instead of a message from the 6th century, it is more of a military program intended to serve further conquests or the chance to finally draw the West into a last battle. After all, the logic behind Islamic State, and the logic underpinning the caliphate it has established, is that of constant conflict. A slowing of the expansion is not part of the plan.

In his article "What ISIS Really Wants," for the American magazine The Atlantic, journalist Graeme Wood writes that the Caliph wouldn't be doing his job if he eventually stopped marching and murdering. Politics, peace, national borders, elections -- none of this is of any relevance to the caliphate and its interpretation of Islam. As we have now seen, this interpretation apparently also includes the destruction of treasures of world history in Mosul and Nimrud -- and, of course, subjugating the rest of the world under the laws of Sharia.

German-Iranian author Navid Kermani, who traveled around Iraq last year for a three-part series in SPIEGEL, also sees IS as a serious threat. He argues that the manner in which the world views this conflict with IS has little to do with the true meaning of the conflict.

All of this is evident in the scope of destruction: a methodical, nihilistic act of terror, perpetrated by an organization that in no way seeks broad support or even any form of sympathy. As Wood writes, it is important to take the apocalyptic desires of IS seriously. It's about the fight for "Rome," as IS says itself.

All of this must be taken into account if we hope to understand Islamic State's rampage against art. And the West faces a dilemma: If we don't intervene, if we don't deploy troops to fight IS, the situation will only deteriorate further. But really, the time to intervene has already passed. By invading Iraq, the West created a failed state, and by failing to intervene in Syria, it created a second failed state. But after so many mistaken and failed wars, from Iraq to Libya, the public is no longer willing to fight the one war that makes sense. So is it really enough for the West to send weapons to the Kurds and arm the Iraqi army?

The arbitrary borders and false promises made by the colonial powers after World War I, the support for the Wahhabi regime in Saudi Arabia, which is in large part responsible for funding global terror, and the fatal consequences of the erroneous response to the attacks of Sept. 11, 2001 -- all of these things are reflected in today's images of destruction. IS is more than just a horde of insane vandals. But what will we do if the Iraqi army fails to defeat IS in the days and weeks ahead? Then the West will have to start thinking about fixing its own mistakes. 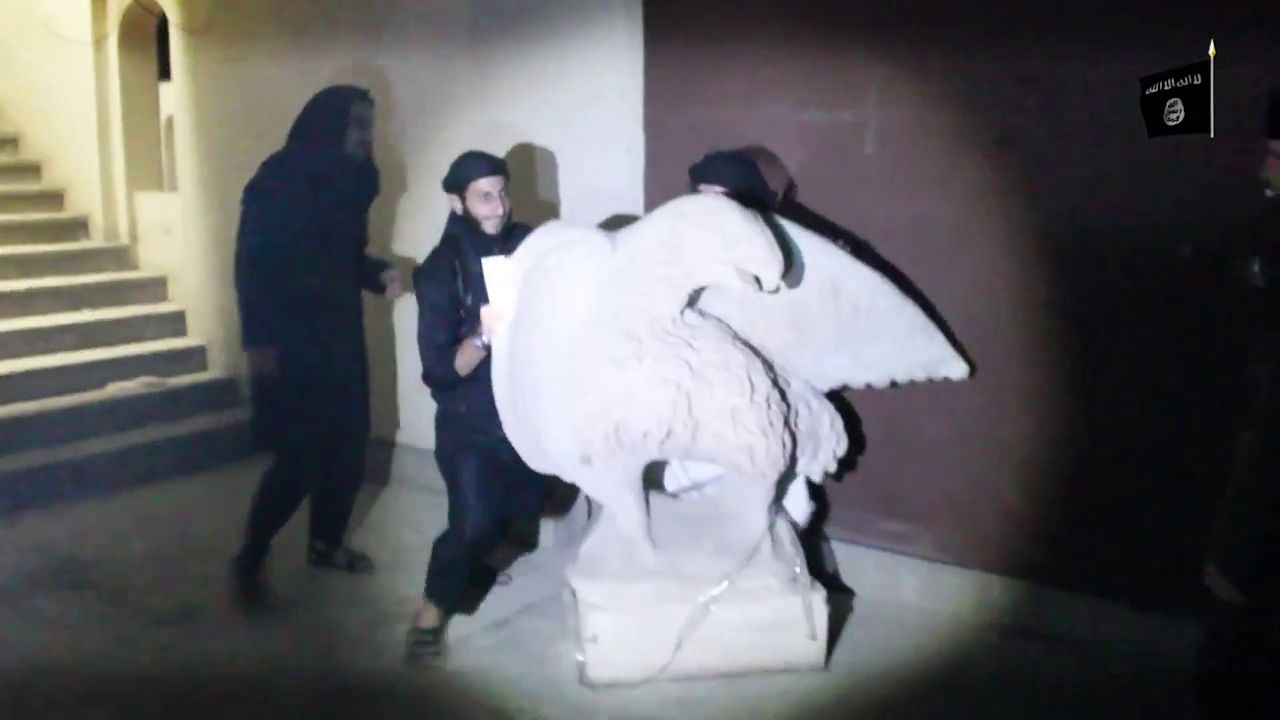 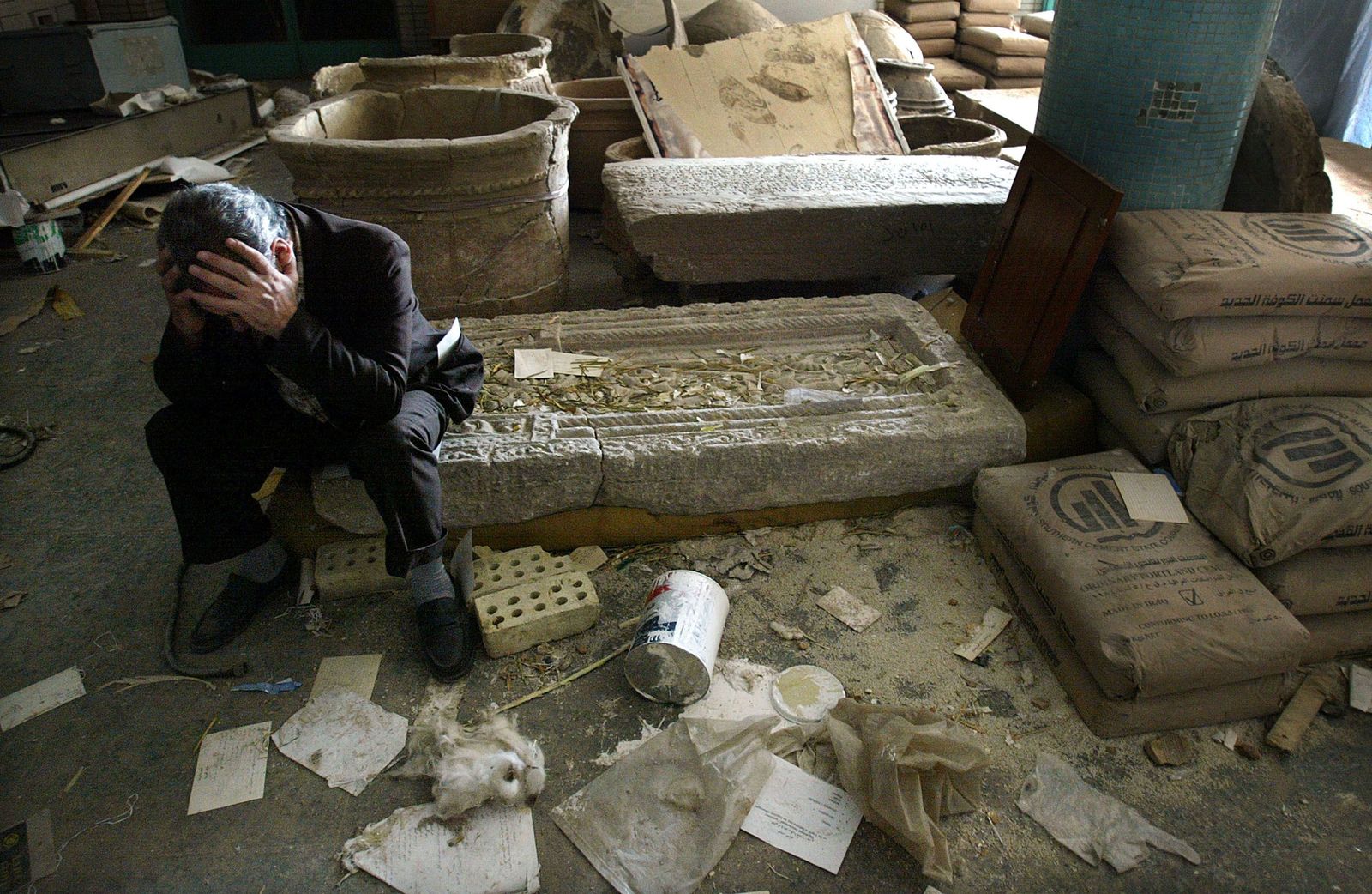