Six months after Barack Obama, European support for the new US president is still high, according to the new Transatlantic Trends survey. The survey, which was published Wednesday, says that 92 percent of Germans have a positive view of Obama's handling of foreign affairs, and that similar figures can be found in Italy (91 percent), the Netherlands (90 percent), Portugal (90 percent) and France (88 percent).

In comparison, last year's survey found that only 19 percent of Europeans had a positive view of then-President George W. Bush's handling of foreign affairs. Likewise, the survey also found that the number of people who believed that the trans-Atlantic partnership had improved since Obama became president doubled in Europe (to 41 percent) and tripled in the US (to 31 percent).

The survey, which is seen as an important yardstick of the trans-Atlantic relationship, is published each year by the Washington-based German Marshall Fund (GMF) and is conducted by the Italian company Compagnia di San Paolo. This year's survey polled more than 13,000 individuals in the United States and 12 European countries, including Turkey.

The results of the survey correspond with the results of similar studies, such as research done by the Pew Research Center, which has reported a rapid improvement in America's reputation in Europe. Moreover, in last year's Transatlantic Trends survey,, a large proportion of Europeans had admitted to hoping that there would be a new beginning in the trans-Atlantic relationship if a Democrat was elected into office.

"We see a remarkable shift in trans-Atlantic opinion from the previous administration," said Craig Kennedy, the president of the GMF, in a statement accompanying the release of this year's survey. "With American leadership enjoying unprecedented modern popularity, partners on both sides of the Atlantic have an immense opportunity to cooperate on a range of economic and security issues."

However, the survey did note that there is much less enthusiasm for America in eastern Europe than there is in western Europe. Likewise, only 50 percent of Turks claimed to back Obama, although that is still a massive improvement over the sympathy George W. Bush enjoyed in last year's survey (8 percent).

Support for Obama -- But Doubts about Afghanistan

The support that respondents expressed for President Obama did not, however, extend to his foreign-policy initiatives. Almost two-thirds of Europeans expressed skepticism about the prospects or stabilizing Afghanistan, whereas the majority of Americans believe this is still possible. In all countries except for the United States, survey respondents supported measures to reduce their countries' troop numbers in Afghanistan or have their military withdrawn entirely. Given the controversy surrounding the recent NATO airstrikes in Afghanistan and the mission's questionable chances of success, the issue of Afghanistan promises to play a significant role in shaping the trans-Atlantic relationship in the near future.

The survey also found significant differences in the way that Europeans and Americans thought Iran should be prevented from acquiring nuclear weapons. The White House has given the Iranian government until Sept. 30 to resume negotiations. According to the survey, the majority of Europeans would prefer to increase diplomatic pressure on Iran but not use military force, while the majority of Americans want to at least keep military options open.

When it comes to the ongoing financial and economic crisis, a majority of Europeans think the US should exert strong leadership in responding to the crisis. Likewise, the survey found that Americans were more inward-looking than Europeans: Almost 70 percent of Americans said that the US government should focus on solving domestic economic problems, while only 55 percent of Europeans said the same thing about their own governments. Although 70 percent of Americans claimed to be in favour of "Buy American" campaigns, only one in six (17 percent) of both Americans and Europeans supported closing markets as a protectionist measure. 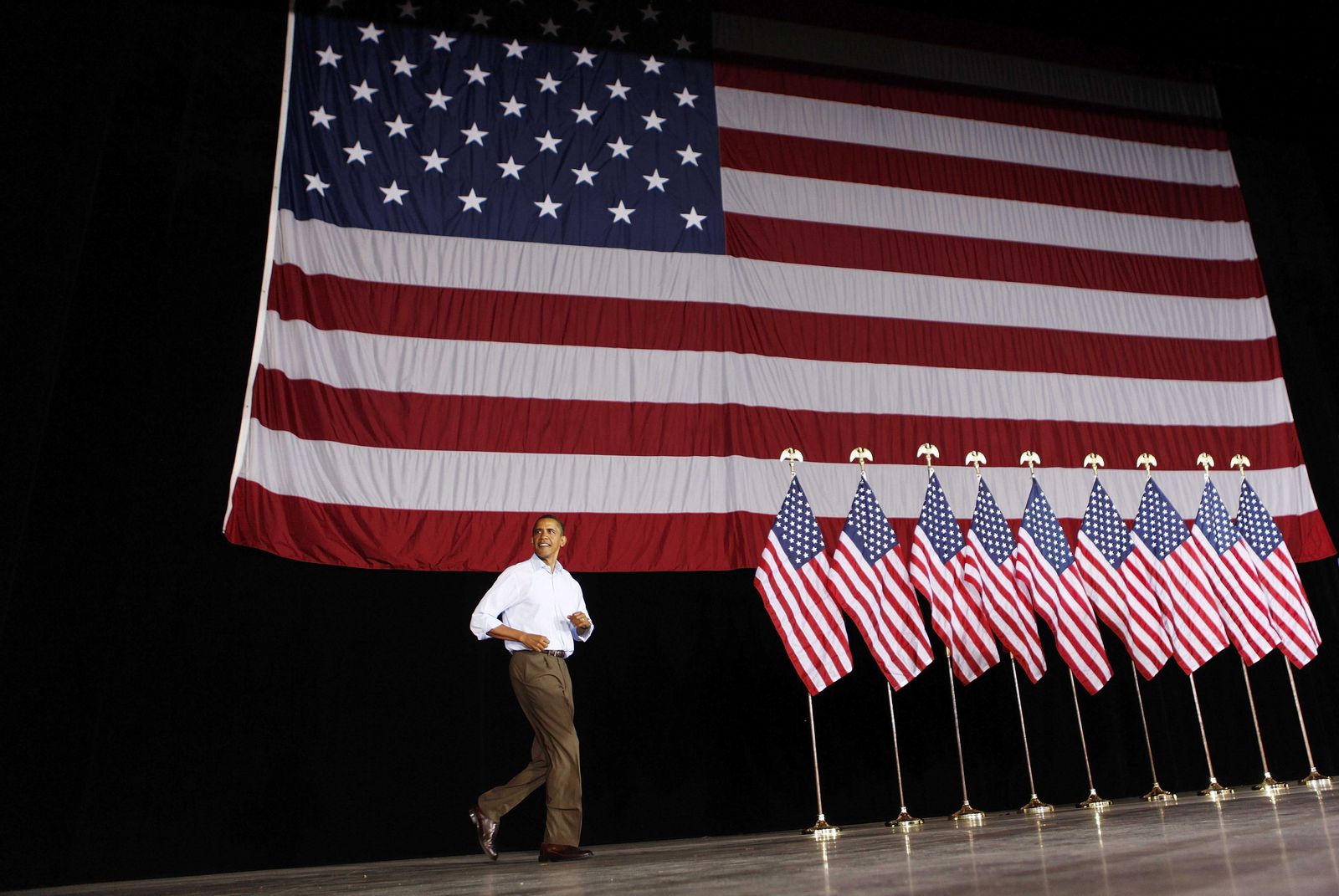 Europeans are enthusiast about Obama -- but still have some worries.