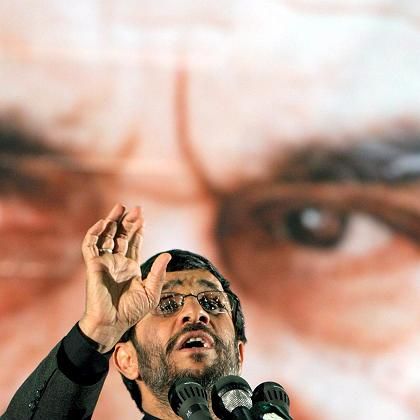 The European Union this week sent a letter to authorities in Iran expressing its concern over a proposed change to the penal code that would make apostasy punishable by death.

The EU is responding to news that the Islamic Republic is planning to subject "apostasy, heresy and witchcraft" to the Hudud -- the body of fixed punishments assigned to crimes that are considered violations of the "claims of God." Other Hadud crimes include alcohol consumption, theft, highway robbery and illegal sexual intercourse.

As the news agency Reuters reported earlier this week, the EU, which opposes the death penalty as a matter of policy, expressed "acute concern" over the proposed penal code revision.

"These articles clearly violate the Islamic Republic of Iran's commitments under the international human rights conventions," Slovenian leaders, who currently head the rotating EU presidency, wrote in a statement.

"The EU calls upon the Iranian authorities, both in government and parliament, to modify the draft penal code in order to respect the obligations."

The death penalty has already been applied to apostates in Iran -- but this was never, since the founding of the Islamic Republic in 1979, institutionalized as a matter of legal practice.

The main concern seems to be arising from the Baha'i faith, which forms a religious minority in Iran but, unlike Christianity, Judaism and Zoroastrianism, is not officially recognized by the regime.

On Thursday, the Frankfurter Allgemeine Zeitung reported that the Baha'i community in Germany is particularly worried about the fate of three Iranian Baha'i, who were arrested in 2006 in the southern Iranian city of Schiras for having founded a center for Baha'i children and youth. They were sentenced to four years imprisonment and are said to be in a secret service rather than normal prison.

At the beginning of February, the EU officially protested the sentence and expressed its concern about the "worsening situation for ethnic and religious minorities in Iran, in particular that of the Baha'i." The Iranian court defended its decision on the basis that the Baha'i, in promoting their faith, were spreading propaganda "against the Islamic regime."

The Baha'i faith developed out of Shia Islam in the 19th century and its followers have been subject to discrimination for generations.