Hindsight, of course, is always 20/20. Yet it must nevertheless be said: The fact that the rebels in Libya are biting at the heels of autocrat Moammar Gadhafi can be seen as a foreign policy success for French President Nicolas Sarkozy, for the Americans and for the British.

For German Chancellor Angela Merkel and her Foreign Minister Guido Westerwelle, however, the development highlights a bitter foreign policy failure.

When the United Nations Security Council voted to establish a no-fly zone over Libya in March, Germany chose not to participate. Westerwelle was particularly vociferous in defending that decision, saying that any military operation in North Africa was risky -- both for those involved and for Libyan civilians. Berlin decided to abstain from the Security Council vote, a move that many German foreign policy experts found inexplicable. It showed, many said, an alarming lack of solidarity with Germany's Western allies.

Instead of doing its part to rid the world of a tyrant, the German government seemed to prefer the role of schoolmarm. When rebel advances slowed in June and July, German Defense Minister Thomas de Maizière accused NATO of having no long-term strategy for Libya.

Now, however, it would appear that Germany's partners were right after all and that Berlin was horribly mistaken. There were indeed risks, but they were manageable: NATO's air strikes saved the lives of countless civilians and played an important role in the toppling of Gadhafi. At the same time, NATO's own losses were minimal and not a single NATO soldier was killed in the mission.

Germany's credibility as a defender of human rights and democracy has been tarnished, as has its reputation as a reliable partner in the Western alliance. Renewed trust and renewed strength within NATO will only be established once a new government takes power in Berlin.

France, Britain and the US have done their part for change in Libya. They will now demand a substantial contribution from Germany for the coming reconstruction of Libya -- and Berlin will have little choice but to send significant quantities of monetary aid as well as experts and material assistance. US President Barack Obama told Merkel as much during her last visit to Washington. Now, German police, development experts and even soldiers will likely end up in Libya to ensure democracy and stability.

And saying no is not an option this time. The damage to Germany's international reputation would simply be too large.

Which is bad luck for Berlin. Had Merkel and Westerwelle supported the mission from day one, they would now have had a decent excuse to limit their post-Gadhafi contribution. Instead, Germany will likely have to take on the most difficult part of the mission -- that of ensuring order in a region which, many experts warn, could ultimately resemble the chaos seen in Iraq in the years following the US invasion. Many of the country's tribes are at odds with one another or are competing for power -- which promises to create a difficult situation for foreign aid workers.

Soon, Merkel and Westerwelle will almost certainly come to appreciate one value above all others: solidarity. 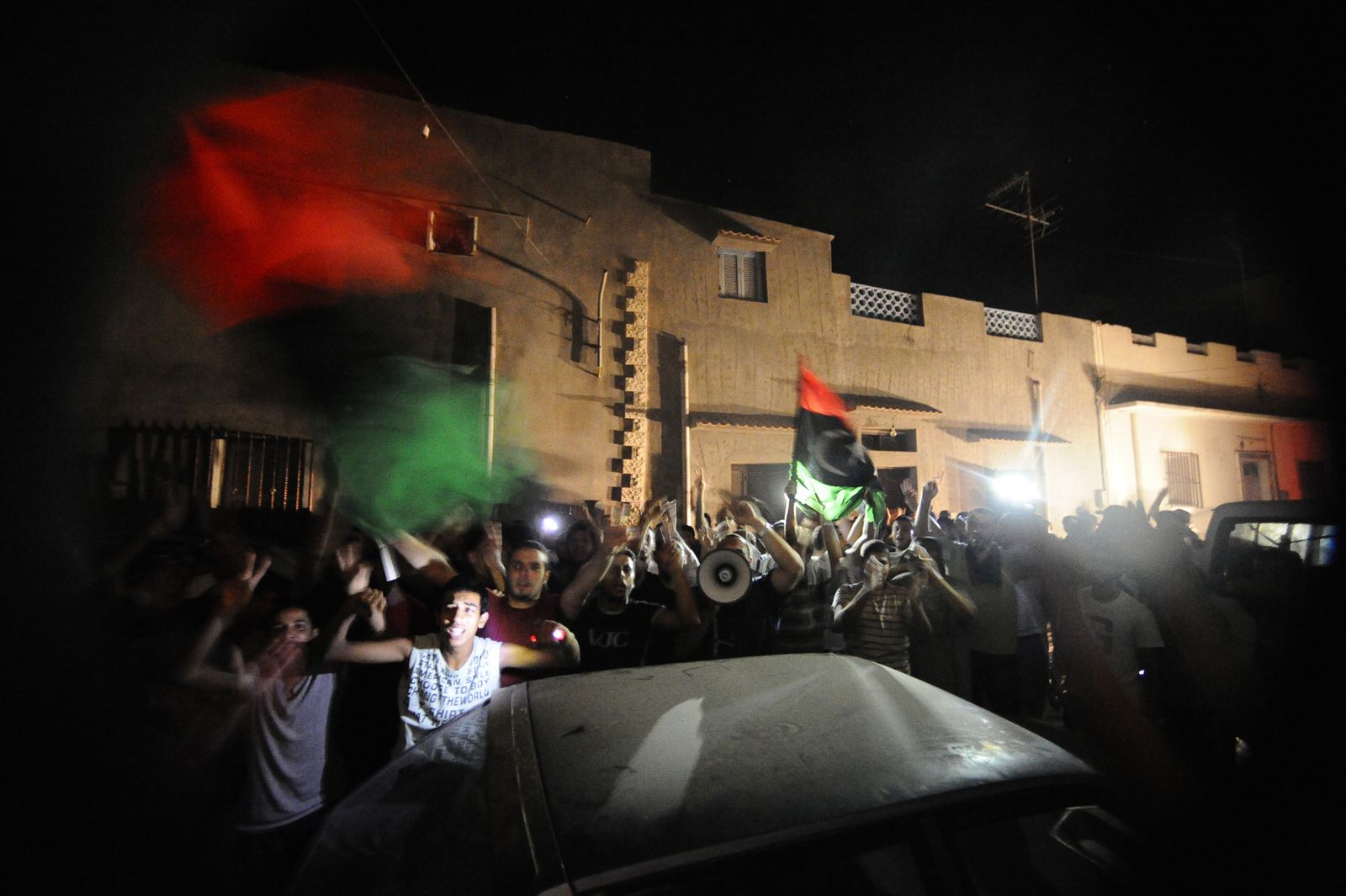 Supporters of Libyan rebels celebrate in Tripoli on Monday evening.