Even as US President Barack Obama is having difficulties extricating the US from the legal labyrinth created by his predecessor George W. Bush in his efforts to deal with terror suspects outside of the American legal system, courts in both the US and abroad are pushing ahead. 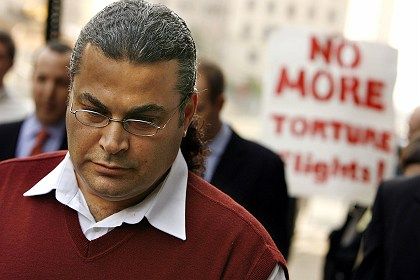 Obstacles to the prosecution of the CIA agents allegedly responsible for abducting Khaled el-Masri could soon disappear.

Last week, the US Court of Appeals for the Ninth Circuit voted unanimously to reject the Bush administration's invocation of the "state secrets privilege" in a case brought by five "extraordinary rendition" victims who were seized by the CIA and taken to third countries for interrogation. The case, brought against Jeppesen Dataplan, a Boeing subsidiary alleged to have been involved in the rendition program, could clear the way for the eventual prosecution of 13 CIA agents implicated in the abduction of el-Masri.

The verdict, handed down last Tuesday, overturned a Feb. 2008 ruling by a US District Court in California which sided with the Bush administration and threw out the case.

El-Masri, a German citizen who was born in Lebanon, says he was seized in Macedonia in late 2003 and flown to Afghanistan, where he was detained and interrogated for five months before the case was found to be one of mistaken identity. Months after his abduction, el-Masri says he was released without charges on an Albanian roadside. Jeppesen Dataplan was allegedly involved in the abduction of el-Masri.

The Lebanese-German's case has been followed closely in Germany in recent years, and appeared to have hit a roadblock in late 2007 when the US Supreme Court dismissed his case against former CIA Director George Tenet.

In January 2007, Munich prosecutors issued warrants for the arrest of 10 people allegedly involved in el-Masri's abduction. But the German Justice Ministry declined to officially pursue the suspects, claiming doubts about their chances of success.

The issue was downplayed last week during US Attorney General Eric Holder's visit to Berlin with the issues surrounding the closure of Guantanamo taking the spotlight. He told reporters that concerns about the handling of cases such as el-Masri's would be carefully examined.

"Our warrants are still valid and we will prosecute these crimes should the perpetrators be extradited," said Munich Public Prosecutor Hajo Tacke.

The Ninth Circuit ruling came just as Spanish Judge Baltasar Garzon ordered an investigation into those involved in alleged torture at the prison in Guantanamo. Garzon, who became widely known due to his attempts to extradite the former Chilean strongman Augusto Pinochet, said his investigation targeted US military personnel involved in suspected torture at Guantanamo and those who issued their orders. The order came just weeks after he abandoned a similar effort to investigate former Bush administration officials, including former Attorney General Alberto Gonzales.

An earlier version of this story claimed that el-Masri was one of the plaintiffs in the lawsuit against Jeppesen Dataplan Inc. He was not. We regret the error.