A few months into his presidency, Barack Obama delivered what still ranks as the most ambitious foreign policy address of his administration. Presented at Cairo University, the speech set forth the outlines of a "new beginning" between the United States and the Muslim world.

While many of the president's words focused on contentious issues like Iraq and Iran's nuclear program, he also spoke eloquently about the centrality of democracy to the Muslim world's future. He said the United States would support "elected, peaceful governments" and endorsed democratic values like free expression, honest government and "freedom to live as you choose." He spoke of a "single standard for all who would hold power." 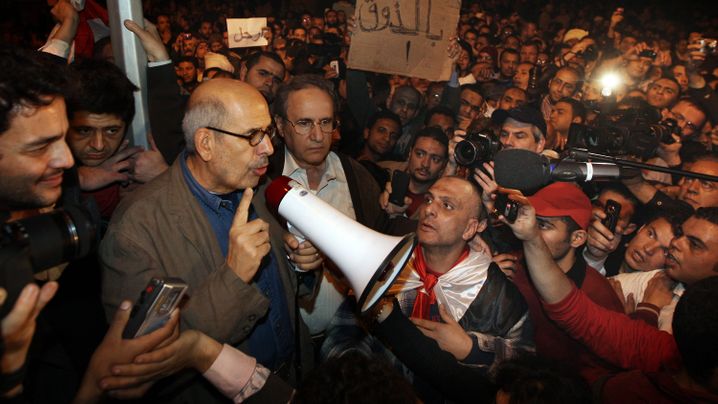 By his words, the president demonstrated that he, like President George W. Bush before him, understood that the Middle East's "democracy deficit" contributes in important ways to the strategic problems that feed regional instability and pose threats to the rest of the world. Put another way, governments responsive to the popular will would not serve as incubators for jihadis.

Unfortunately, President Obama's subsequent actions have failed to fulfill the promise of his Cairo vision, especially when it comes to confronting concerns over repression when committed by autocracies of the Middle East, to say nothing of China or Russia.

This pattern was established during the protests over the 2009 Iranian elections when the administration mustered little more than a pro forma objection to the suppression of the opposition movement. It continued with the administration's non-response to last November's sham elections in Egypt, in which the ruling party orchestrated results comparable to those in such obvious dictatorships as Syria and, until recently, Tunisia. And we witnessed it in the initial reactions to the latest developments in Tunisia and Egypt in which senior US officials came across as supportive of unpopular authoritarian regimes out of a false sense that those governments were best for stability and security in the region or because they mattered for energy interests or the Middle East Peace Process.

The risk to such a pattern, of course, is that we become associated, fairly or not, with propping up repressive leaders who could, before we know it, be on their way out.

An American president can certainly employ other tactics to nourish the spirit of freedom in authoritarian societies. There is quiet diplomacy through which the American government tries to persuade autocrats to loosen political control and release political prisoners. In this regard, the WikiLeaks documents suggest that US diplomats in authoritarian countries were shrewd, concerned about growing repression, and often sympathetic toward the political opposition. The United States also helps promote freedom by supporting local activists working for women's equality, press freedom and minority rights. But nothing substitutes for clear public statements from the Oval Office affirming support for freedoms of expression and association and condemning those regimes that violate fundamental human rights.

If freedom was gaining headway in the Middle East, the Obama Administration's shift in emphasis away from the region and its less active approach might be justified. In fact, things are getting worse. According to Freedom House's latest report on global freedom, fully 88 percent of the people in the region lived in countries where honest elections, a free press, and the rule of law are unknown, a grim record that is actually worse than five years ago. The Middle East ranks at the bottom on each of the indicators that measure a country's level of freedom. Of the 20 countries ruled by "leaders for life," five are from the Middle East (the number was six until Ben Ali fled Tunisia).

This is a dismaying record, but we should remember that societies with equally dismaying environments have overcome tyranny and attained stable democracy. The Middle East, however, has no regional model to look to; indeed, the Assads and Mubaraks understand that freedom in one country is a danger to all the rest and will act accordingly.

Those who are on the streets in Tunis and Cairo understand that large segments of their own elites regard their actions with hostility. They have put aside the grievances of the recent past because they regard America as their principal ally whose solidarity is critical to the success of their democratic revolutions. Many of their placards are in English, and in interviews they direct their appeals to the United States. It is crucial that their voices are heard, their cause embraced, and that the Obama administration take the steps necessary to fulfill the spirit of Cairo. 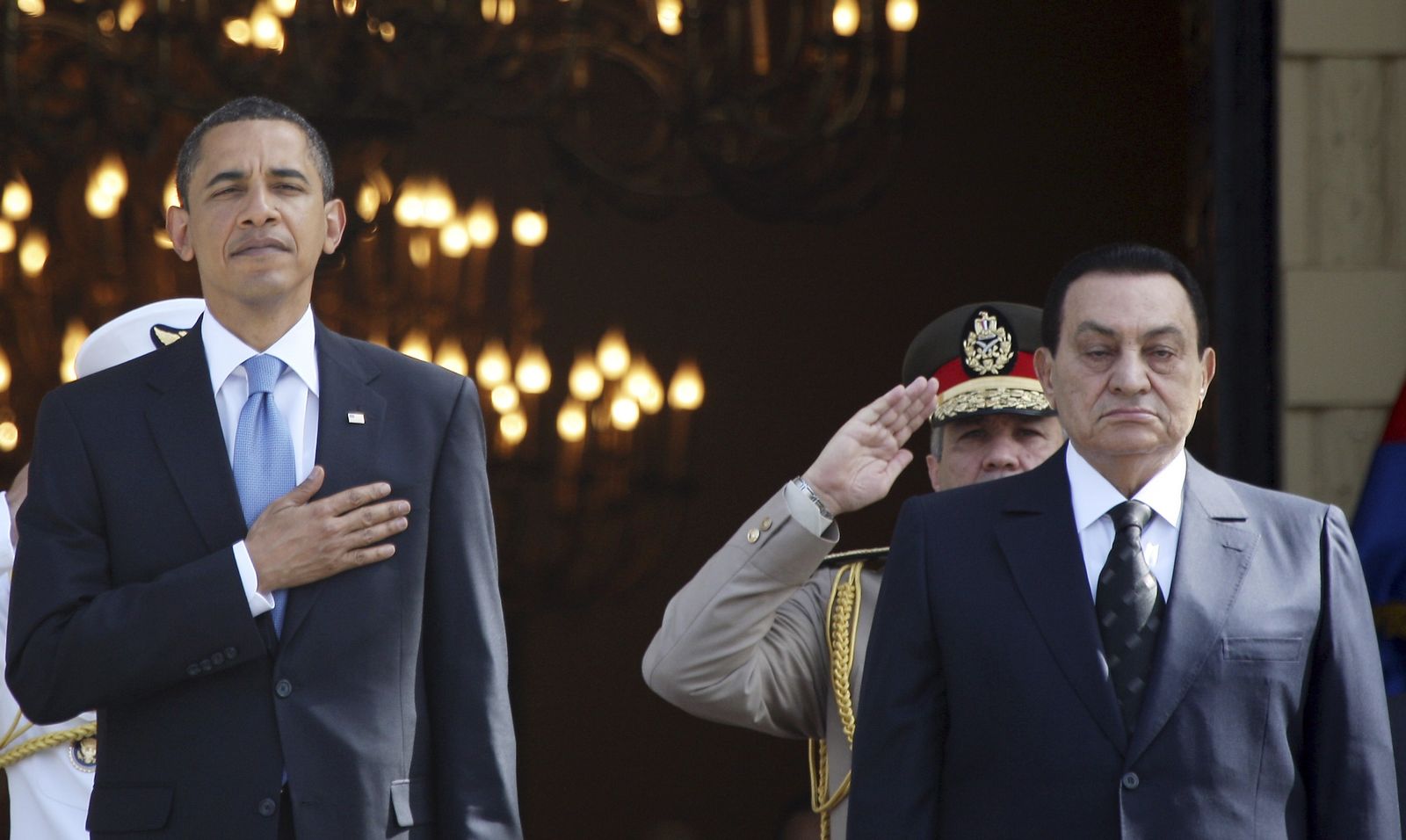 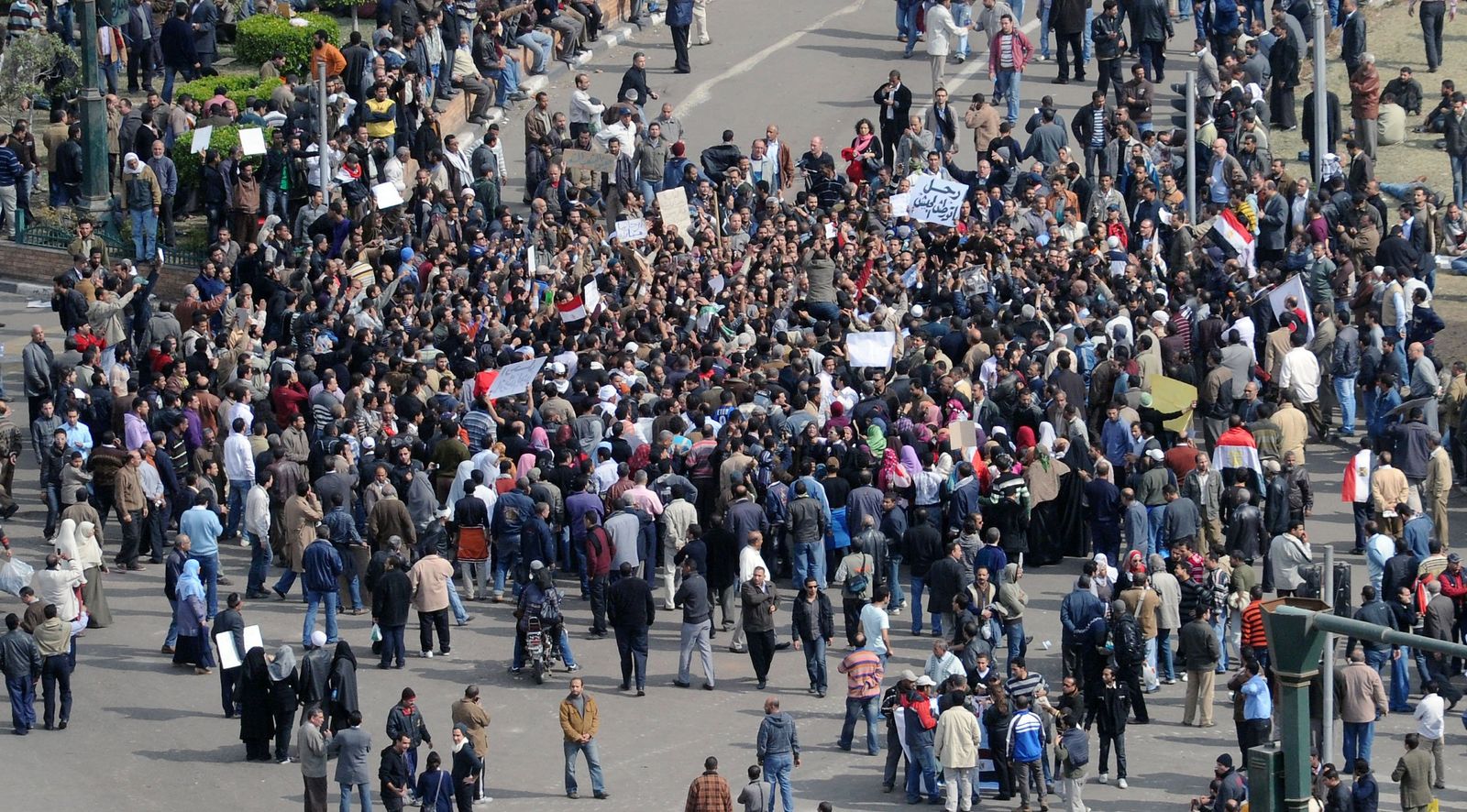 Demonstrators gathering in central Cairo on Sunday. President Hosni Mubarak has appointed a new cabinet and pledged to introduce reforms. But it seems to be too little, too late for the protestors.