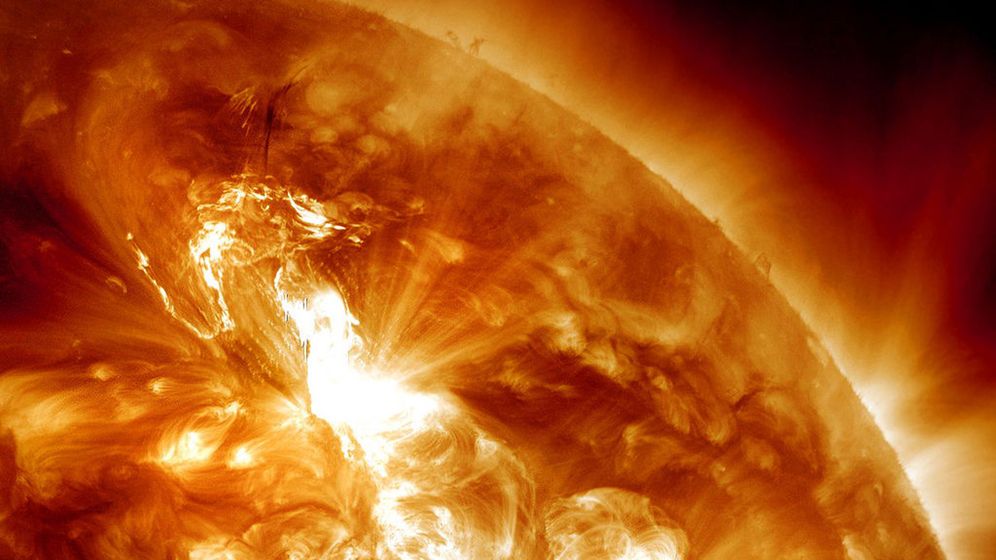 Photo Gallery: A Debate as Hot as the Sun Itself

Science can be so easy -- at least when it is stripped of its nuances. Fritz Vahrenholt and his colleague, geologist Sebastian Lüning, say the world isn't facing a climate catastrophe. The two are peddling precisely the kind of theory that generates publicity and allows both sides of the debate to profit. But it also leaves people wondering who they should believe.

The authors both work for German electric utility company RWE, where Vahrenholt is an executive. In their book "Die Kalte Sonne" ("The Cold Sun"), they claim that important research about climate change has been kept under wraps and that cries of an impending climate catastrophe are misleading. Their book arrived in book stores in Germany last week, with considerable media attention.

Following their statements, newspapers like the conservative tabloid Bild are dismissing what they call the "CO2 lie." This camp says it's not greenhouse gases that are behind the problem. It's the sun that determines climate change, they argue.

The book is the latest salvo in the ongoing debate over global climate change. It's a perpetual conflict that leaves people asking questions like: What's really going on with the climate? What kind of picture can you draw from current research? The most reliable source on the topic is the climate report produced by the United Nations. The Intergovernmental Panel for Climate Change (IPCC) puts together a report every few years about the state of knowledge in the field. The report documents in detail where researchers are unsure or just don't know. Contrary to what many IPCC critics say, however, the report reads like a book filled with doubts. But there's also a "summary for political decision makers" section, which is put together by civil servants rather than researchers, and which can appear to be biased in places.

The ideas espoused in Vahrenholt and Lüning's book can also be found in the UN climate report. Yet the two still accuse the IPCC of concealing the true facts. By spreading that claim, they are further fueling conspiracy theorists.

The fact that the IPCC has come to different conclusions than the two authors is simply because its report contains not only the theory being promoted by Vahrenholt-Lüning, but also myriad others. Indeed, judgments about climate change cannot be reached as easily as the two RWE authors would have one think. In an attempt to justify himself, Varenholt told SPIEGEL in an interview he wanted to "revitalize the deadlocked debate."

Vahrenholt and his allies have jumped headfirst into an emotionally charged debate between those who warn of climate change and those who are skeptical of it. The problem is that both sides profit from the conflict -- at the expense of the general public and scientific credibility. On the one side are the scientists, lobby groups and commentators who are constantly talking about a "consensus" among climate researchers. But for many important questions, this supposed consensus never even existed. On the other side are critics like Vahrenholt and Lüning, with their extreme theories.

An Old Theory with Little Evidence

The case of Vahrenholt and Lüning is a clear-cut one: They've handpicked the theories that best back their thesis -- the primary one being that the sun has been getting weaker since 2005 and will continue to do so in the coming decades. Together with other natural influences, this cooling sun will supposedly lessen the warming effect created by man-made greenhouse gas emissions.

Vahrenholt's thesis isn't exactly fresh out of the oven: Five years ago, Danish sun researcher Henrik Svensmark of the Danish National Space Institute wrote about the theory of the impending cooling in his book "The Chilling Stars." Svensmark, together with other sun researchers, back the theory that the impact of the sun on the climate has been underestimated. The experts' argument mainly involves the sun's indirect effects, primarily the claim that the sun's rays control cloud formation.

These critics of the prevailing climate science may indeed be right, and their theories may be plausible, but practical evidence is lacking. The IPCC classifies knowledge about the extent of the sun's effect on the climate as "low" to "very low." But it's not as if the body is trying to avoid the topic.

Are the Answers in the Pacific?

Experts are divided over predictions that activity from the sun will diminish. Some are indeed expecting a weak sun phase beginning in 2020. Still, most studies indicate that even something like the Maunder Minimum -- which is believed to have caused the "Little Ice Age" in the Middle Ages -- would result in a cooling of the global average temperature at ground level by a maximum of half a degree. However, the output of greenhouse gases could significantly surpass the effect. The UN climate report is open about this, saying there's a "low" level of knowledge in this area.

Vahrenholt and Lüning, on the other hand, are sticking to their bold thesis, saying several solar cycles will lead to a minimum. "Various American and British solar research groups believe that weak solar cycles are ahead," Vahrenholt told SPIEGEL. What he neglects to say is that the effects of the different cycles on the climate are not well known. What makes it even more difficult is that in the last century the Earth's temperature often did not correspond to the sun's strength.

That's why the two authors maintain that the cyclical changes in ocean currents will also ensure lower temperatures. For example, they cite the Pacific Decadal Oscillation, which has the capacity to significantly change the global climate over a period of many years. However, the Pacific climate cycle has not run parallel with the global average temperature over much of the 20th century either. Why should it do so in the future? Ultimately, Vahrenholt and Lünging are doing little more than guessing what might happen with the climate.

The Myth of Consensus

On the other side of the debate are a number of prominent climate researchers who always repeat the same mantra, namely that the scientific community has long been united that Planet Earth is facing dangerous warming. For the most part, there is also consensus in the view that humans are heating up the climate through the emission of greenhouse gases. But the extent to which that is happening, as well as the expected consequences, are both disputed.

When it comes to a number of other important questions, a consensus never existed. The IPCC report provides evidence of that fact, as do surveys from sociologists and climate researchers. Numerous researchers openly admit they harbor significant doubts. The following areas, for example, are considered to be insufficiently researched, despite the fact that they could be decisive factors in determining the future of the climate:

Despite this considerable uncertainty, however, there is enough data pointing toward drastic climate change that it could still make sense to prepare for it. Yet that hasn't stopped a number of leading scientists from promoting selective research as an attractive, though overly simple, answer to climate-change skeptics. But this behavior actually endangers efforts to protect the environment. At some point, opponents will discover the concealed knowledge -- bringing embarrassment to the researchers. The so-called Climategate scandal involving stolen emails from climate researchers only boiled over because scientists discussed gaps in the science among themselves that they had not shared with the public.

In Germany, prominent scientists travel around the country to espouse views that are popular with their target audiences. In its reporting, SPIEGEL ONLINE found that companies and associations pay leading climate researchers fees as high as €5,000 ($6,606) for speeches. Scientists who convey unequivocal messages are also in high demand as consultants for lobby groups and political parties.

Indeed, a close partnership has developed between environmental groups and climate researchers, one that benefits both sides. The lobby groups gain scientific credibility, while the researchers increase their influence. The more associations promote the line about a scientific consensus, the better climatologists' positions become established with each message.

The European Climate Foundation was recently established in Berlin. The group says it spends €20 million ($26.4 million) annually on its climate protection programs. With help from scientists, the foundation publishes summaries of the current state of research. The one-sidedness of what is represented should provide plenty of ammunition for skeptics like Vahrenholt. On the other hand, Vahrenholt's own theories draw attention to the foundation. It's a perfect symbiosis.

13 Bilder Photo Gallery: A Debate as Hot as the Sun Itself 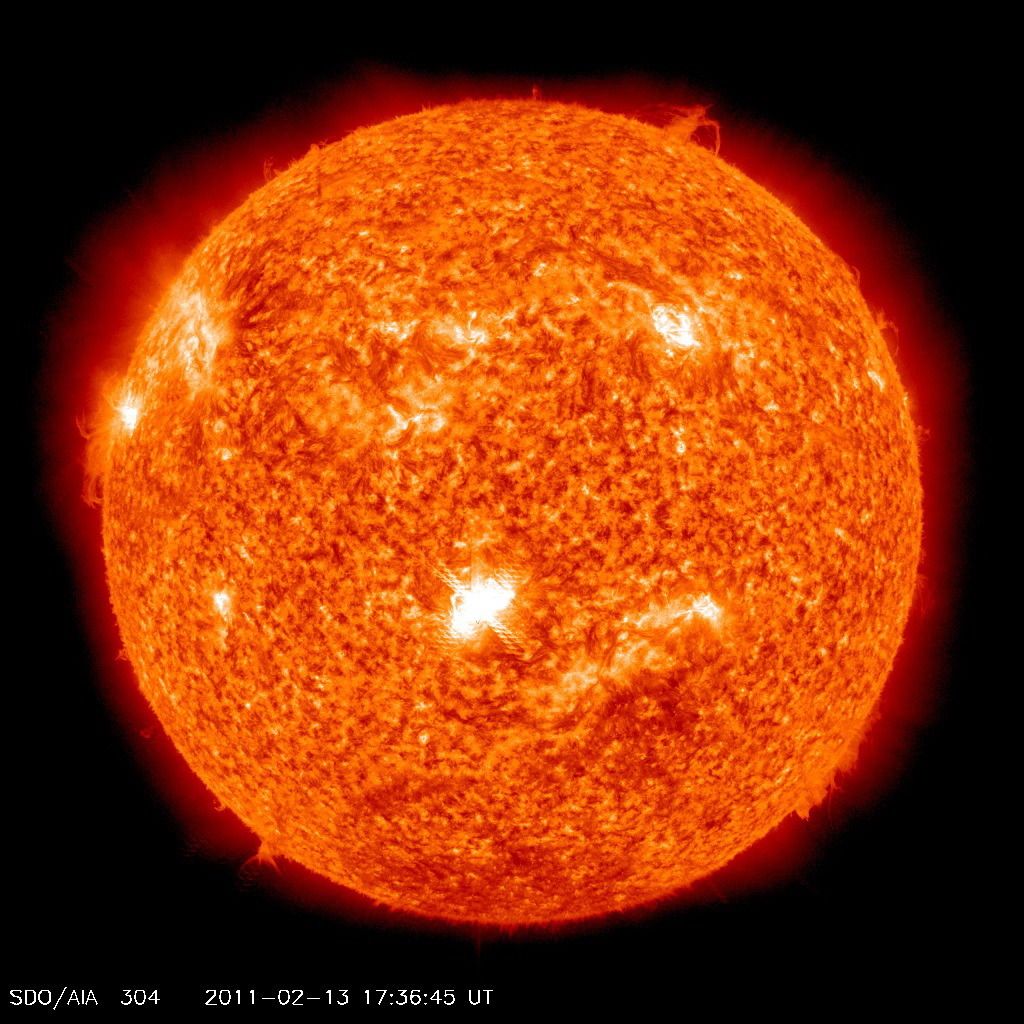 The strongest solar flare of the current solar cycle happened on Feb. 14, 2011, when the sun unleashed an intense flash of extreme ultraviolet radiation. The so-called flare reached Earth and even disrupted radio transmissions in China.