It wasn't the first time that Doron Matalon had been verbally harassed on the way home. A young soldier, she had boarded a bus on Wednesday not far from the military base where she served. Shortly before reaching her stop, a 45-year-old man accosted her and demanded that she move to the back of the bus.

The man was demanding that Matalon comply with unwritten rules prescribed by ultra-Orthodox Jews in Israel, decrees which require women to sit at the back of the bus or use different pedestrian routes or sidewalks than men do.

Matalon, however, had no intention of abiding by the edicts and refused to move -- out of principle as she told the Israeli daily Haaretz. And because the back of the bus was stuffy. The man immediately began insulting Matalon, calling her a whore, and others quickly joined in the harassment.

The bus driver stopped and called the police. The man, a father of 11, was arrested and charged on Thursday before being released against a bond worth the equivalent of €4,000 ($5,200). He is not allowed to ride the bus until his court date.

It is just a single incident, but it shows a growing rift in Israeli society. Just 10 percent of the 6 million people in Israel are ultra-Orthodox, and a percentage of that group is extreme and militant. It is a small minority, but extremely vocal, and becoming more so. Whereas Tel Aviv is almost radically Western and secular, the ultra-Orthodox are attempting to impose their worldview -- a primary element of which is gender separation -- on the public life of an ever greater number of places within the country.

On Thursday evening, the Haredi, as the ultra-Orthodox are known, had planned a demonstration in the town of Beit Shemesh, just west of Jerusalem, in order to promote their brand of social order. When it was cancelled at the last minute, riots ensued. Garbage dumpsters were lit on fire, several demonstrators threw stones and three were arrested. No injuries were reported.

Even prior to the Thursday evening incident, the town had become something of a symbol of the societal clash. On Tuesday, thousands of Israelis took to the streets in protest against a recent incident in the town which saw an eight-year-old girl spat on and insulted by ultra-Orthodox men on her way to school because they considered her clothing to be insufficiently modest. "Israel is not Tehran," read some of the signs held by the protesters. Prior to the protest, President Shimon Peres had urged widespread participation.

Incidents of harassment have not been limited to the Israeli hinterlands. Women in Jerusalem too have been bombarded with stones or spittle for not wearing long enough skirts or for not covering their heads. Indeed, even religious Jews have begun to resist the trend. Just a few weeks ago, a rabbi called Uri Ayalon began a media campaign after he noticed that even modest advertising campaigns have been altered such that women are no longer shown -- replaced either by objects or by male models.

"It is the first time in the history of the Israeli state that something like this has happened," Sergio DellaPergola, a professor of demography and Jewish history at the Hebrew University in Jerusalem, told SPIEGEL ONLINE. In recent days, Prime Minister Benjamin Netanyahu has said that such intimidation of women is unacceptable. Israel, he told the country's parliament on Wednesday, will take action "against anyone who harasses women, anyone who harasses people in the public sphere."

The recent clashes, however, put Netanyahu in a difficult position. Religious parties are a key part of his conservative governing coalition and his political survival depends in part on the ultra-Orthodox. DellaPergola calls the extreme-religious the "decisive 10 percent."

Furthermore, the ultra-Orthodox were granted a protected status when the state of Israel was founded. In order to secure their support for the establishment of the country, they were granted broad privileges by the first Israeli prime minister, David Ben-Gurion. They were exempted from military service and receive substantial financial support from the state so that they don't have to work and can devote their time to the study of religious texts.

Experts have different explanations for the most recent wave of radicalization. Rabbi Uri Ayalon says that the ultra-Orthodox are in crisis. "The Internet, the labor market and the media have exposed youth to tremendous influences from which their parents want to protect them. Their weakness makes them more militant, he says.

Mordechai Kremnitzer, from the Israel Democracy Institute, says however that the recent problems have come as a result of demography and a relative growth in the power of the ultra-Orthodox. On average, the Haredi have three times as many children as other couples. And though they represent but 10 percent of the population, roughly a quarter of all first-graders come from ultra-Orthodox families. Because of this, says Kremnitzer, they have "more influence than ever before" on the Netanyahu coalition.

More Violence on the Horizon?

Ayalon and Kremnitzer agree that progress made in the negotiations with the Palestinians as well as the 2005 clearing of settlements in the Gaza Strip also radicalized the orthodox. Both have made clear to them that their vision -- that of a Greater Israel achieved through settlements -- is no longer possible. "The return to a supposed authentic Judaism has become a replacement ideology. The various religious currents are now wrestling over who is the more puritan," say the experts.

DellaPergola fears that more violence and aggression could be on the way unless Netanyahu clearly shows where he stands. Already, tougher penalties against the discrimination of women have been promised. But Israel's head of police fears that won't be enough. He would like to see Israeli rabbis join together in denouncing such radicalization. For the moment, however, that appears to be unlikely. 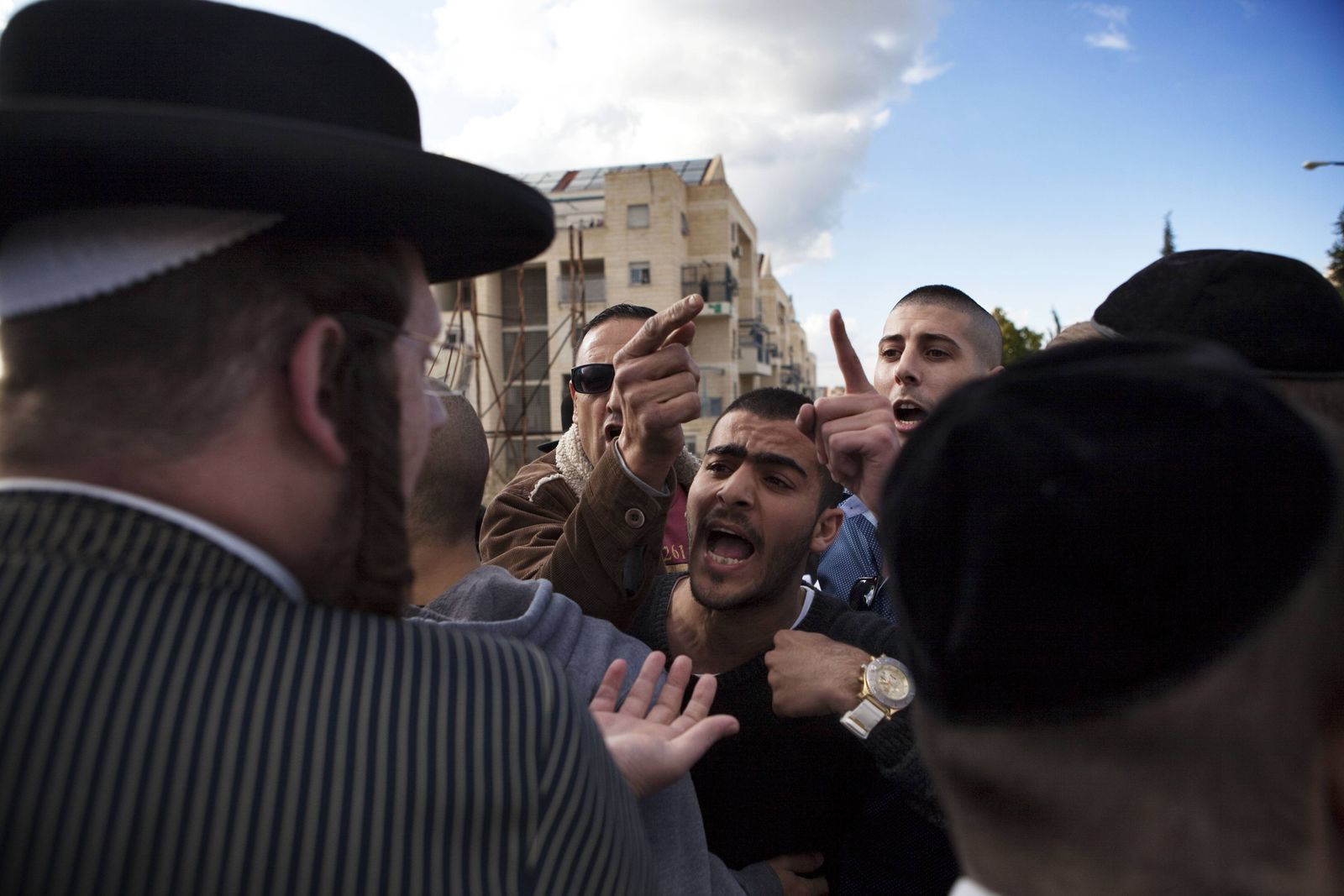