Dai Qing laughed as she displayed several books that are banned in China on her dinner table next to her plane ticket to Frankfurt. "The secret diaries of Prime Minister Zhao Ziyang I smuggled in myself after a trip to Hong Kong," said the outspoken 68-year-old writer and environmental activist.

"It is a disgrace that we still can't read what we want here," she added in an angry tone. "It seems as if these ridiculous rules are getting stricter by the day. And we writers are helping them by censoring ourselves, whether consciously or unconsciously."

Censorship in China is the theme Dai Qing has chosen for her lecture in conjunction with the Frankfurt Book Fair, which opened on Wednesday. She was supposed to have been an official guest of the convention, part of this year's focus on literature from China. Indeed, the country is this year's guest of honor, with 2,000 Chinese publishers, writers and poets having been invited to represent the new China, much like athletes at the Olympics.

But Dai Qing, well-known outside China for her campaigns against political repression and opposition to costly projects like the Three Gorges Dam, is not welcome at the official event.

After protests from China, the Book Fair withdrew its invitation to Dai Qing and poet Bei Ling. According to the German chapter of the writers association PEN, Book Fair director Jürgen Boos caved in to pressure by the Chinese ambassador to Germany. PEN, which has advocated on behalf of Dai Qing for years, then invited her to come to Frankfurt anyway.

The Chinese diplomat was likely anxious to keep Dai away from Chinese Vice President Xi Jinping. Seen as a likely candidate to take over as China's president in 2013, Xi Jinping is currently touring Europe, and was a guest of honor at the opening ceremony of the Book Fair. "I know him slightly. We met once at the wedding of a distant cousin," Dai Qing grinned.

Dai Qing is a genuine "red princess," even though she hates the moniker. Her father, an early revolutionary, died in 1945 during the war against the Japanese. Dai Qing was subsequently adopted by one of chairman Mao's 10 marshals. As the adoptive daughter of one of China's most powerful men, she worked as an engineer in the Red Army, was a faithful member of the party and, because of her knowledge of English, spied on visiting foreign writers. One of them was the American author Studs Terkel, who later became a friend.

During the 1980s, as Dai Qing started working as a journalist, she drifted away from the party. She broke off all ties after her book about the Three Gorges Dam was banned, and she spent 10 months in prison after the Tiananmen Square demonstrations of 1989. All her books, including her prison memoirs, are now officially banned. They are all, however, readily available unofficially.

The same goes for the books on her dinner table. Chinese who buy banned books in Hong Kong, where censorship remained more lax even after reunification, and bring them back to the mainland risk little more than a fine if they're caught. As a result, books are increasingly on the shopping lists of the 17 million mainland Chinese who go on shopping trips to Hong Kong every year.

"You can read anything you want in China, but most people don't even know of the existence of such books," Dai Qing says. "There is the Internet, of course, but that hasn't made much of a difference yet. Writers who want to be published in China know exactly what is historically and politically sensitive, so they work around the pitfalls. The publishers are all state companies."

"I am invited to Frankfurt and I am not invited to Frankfurt," she said as she held up her plane tickets and visa. "It is so typical of the schizophrenic situation in China and of the Book Fair itself. It is a clash between two visions of China, between censorship and freedom of expression, repression and openness, between the image that China likes to project to the rest of the world and the reality." 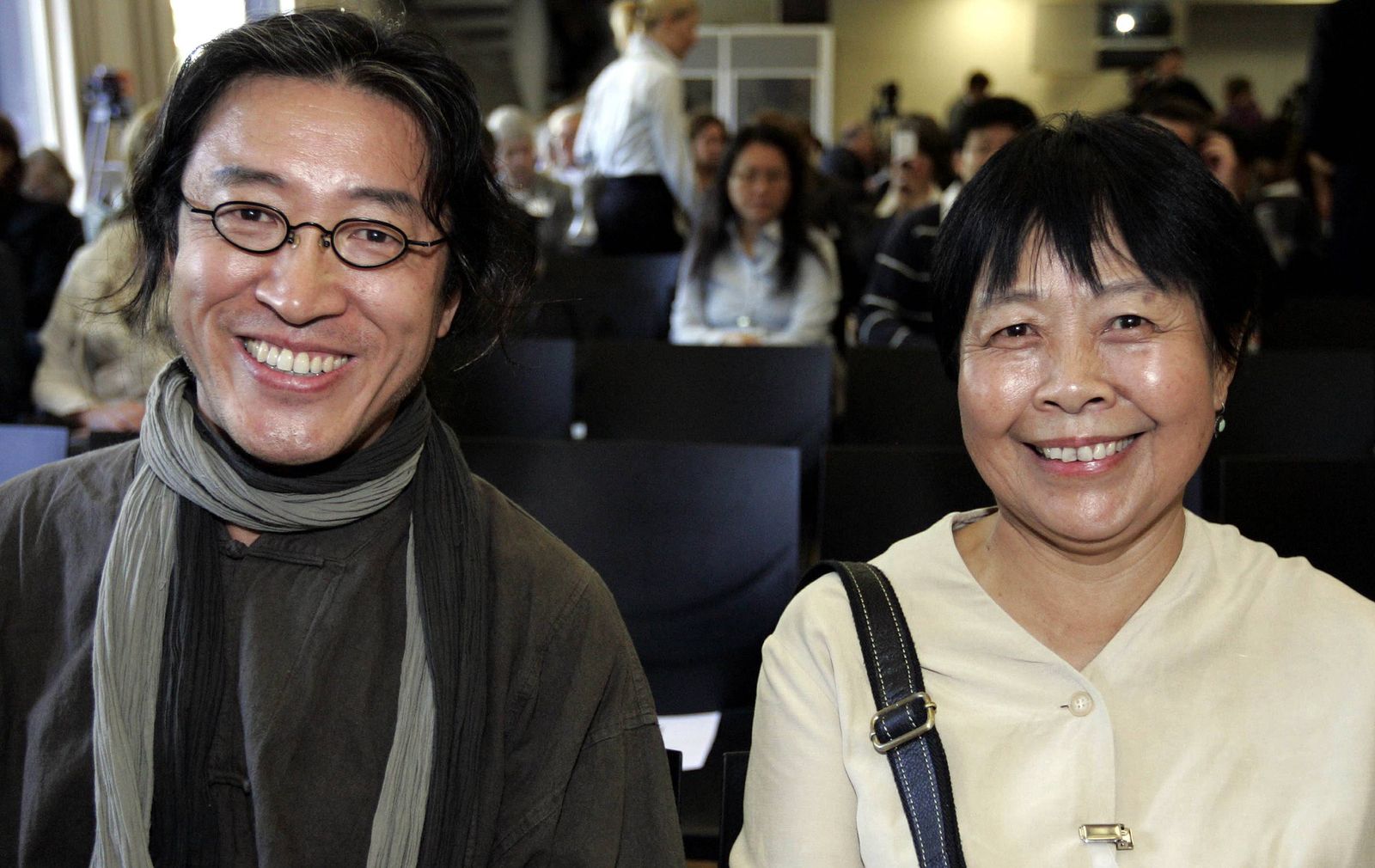 Chinese regime critic Bei Ling and environmental activist Dai Qing had to make their own way to Frankfurt for the Book Fair this year after being uninvited following official protests from China.