Afghan President Hamid Karzai paid a visit to Kunduz in northern Afghanistan on Sunday, together with the commander of all NATO troops in the country. Karzai and US General Stanley McChrystal appeared before regional tribal leaders as part of a spontaneous visit under strict security precautions. Karzai gave a speech renewing his offer to reintegrate Taliban fighters and even commanders into Afghan society if they lay down their weapons.

Karzai's and McChrystal's brief visit to the troubled region of northern Afghanistan was a symbolic one. It was meant to show, first of all, that NATO is continuing to cooperate with Karzai despite considerable tensions between the United States and the Afghan president. US Secretary of State Hillary Clinton and Secretary of Defense Robert Gates also sent him signals this Sunday that tensions were easing. Karzai's visit also served to demonstrate that despite his many critical statements about civilians killed in NATO attacks and despite his absurd tirades against the West, the president is still willing to work together -- at least with the military head of the International Security Assistance Force.

The visit also indicated to Germany that larger joint missions between the US Army and Afghan units against the Taliban in Kunduz are imminent. Diplomats even expect major offensives to take place around the area where Germany's armed forces, the Bundeswehr, are stationed this summer that are similar in scale to the one launched a few weeks ago in Marja in southern Afghanistan. Karzai didn't officially announce any such plans in Kunduz this time, but he organized similar meetings in Helmand, the province where Marja is located, prior to the operation there in a bid to garner support from tribal leaders.

'The US Is Taking the Reins out of Our Hands"

McChrystal was deliberately reserved at the meeting. The US Army is massively reinforcing its units in northern Afghanistan, with about 5,000 soldiers and more than 70 helicopters set to be stationed as soon as possible in the area led by the German Armed Forces. No one believes anymore that the American combat units are only there to improve training for Afghanistan's army and border police. Rather, Four-Star General McChrystal has identified Kunduz as a second crisis zone -- following the Taliban stronghold of Kandahar -- and wants to fight far more aggressively in the region.

Kunduz is vitally important for NATO. The alliance's new logistics route passes through the province, which is still controlled by German forces. The Taliban is already threatening the uninterrupted supply of gasoline, weapons and other equipment by attacking convoys and raiding freight shipments. The US Army believes that cracking down hard on the insurgents, who mostly live in the Chahar Dara district southwest of Kunduz, would considerably reduce their strength.

Meanwhile, US troops have found a fervent supporter in the governor of Kunduz Province. At the meeting with Karzai, Mohammad Omar called again for a tougher NATO crackdown. "Not only is the situation going to get worse here, but other provinces in the region will also be destabilized," Omar said. He spoke concretely about Germany's strict rules of engagement, which prevent its troops from carrying out an offensive strike against the Taliban. In the past, Omar consistently praised the US Army's rigid actions. Now he's calling on all NATO countries to relocate combat troops to the north.

It's still largely unclear what role Germany's Bundeswehr would play in an offensive against the Taliban. German troops have observed US special units accessing areas located very close to their base almost every night in recent weeks. German forces were generally kept informed about recent deployments of these tough, elite troops, but the Germans don't learn who the troops arrest or kill, or what the US's overall strategy in Kunduz may be. "The US is taking the reins out of our hands," one high-ranking officer says.

McChrystal To Solicit Support in Berlin

The VIP visit was similarly revealing of the German role in Kunduz. The base wasn't informed of its high-ranking visitors until the last minute. Karzai did at least invite Colonel Reinhardt Zudrop, commander of the base, to join him at the meeting. But there was no room for the German mission's civilian leader, despite the efforts of the embassy in Kabul. Still, Karzai thanked Chancellor Angela Merkel in his speech for the apology she issued over six Afghan soldiers inadvertently shot by German Armed Forces soldiers in a friendly fire incident.

In the details of his speech, Karzai renewed his offer to the Taliban to lay down their weapons. He lay on the pathos in presenting himself as the father of the Afghan nation. "My brothers, come to me if you have problems or see problems with us, my door is open to you," he called out to the assembled tribal leaders. "Stop killing your brothers and destroying your country." Karzai has been offering for months to enter into peace talks with the Taliban, but the insurgents have consistently refused. Instead, the Taliban timed a demonstration of its determination punctually for Karzai's visit, firing four rockets at the plateau near Kunduz, where both the German base and the airport are located, ahead of Karzai's arrival. The rockets struck far from the base and the airport, but the attack was enough to lead Karzai and McChrystal to spontaneously cancel a planned meeting with German troops. More than 300 German soldiers had waited in vain for their appointment with Karzai.

General McChrystal is expected to travel to Berlin early next week. According to SPIEGEL information, he plans to solicit more German support for the operation. The four-star general will spend several days in the capital, and has appointments planned with Defense Minister Karl-Theodor zu Guttenberg, as well as at the Chancellery and the Foreign Ministry. He will also address the defense and foreign policy committees on developments in Afghanistan.

There, one member of parliament or another is sure to ask McChrystal what the German Armed Forces will be facing next in Kunduz. 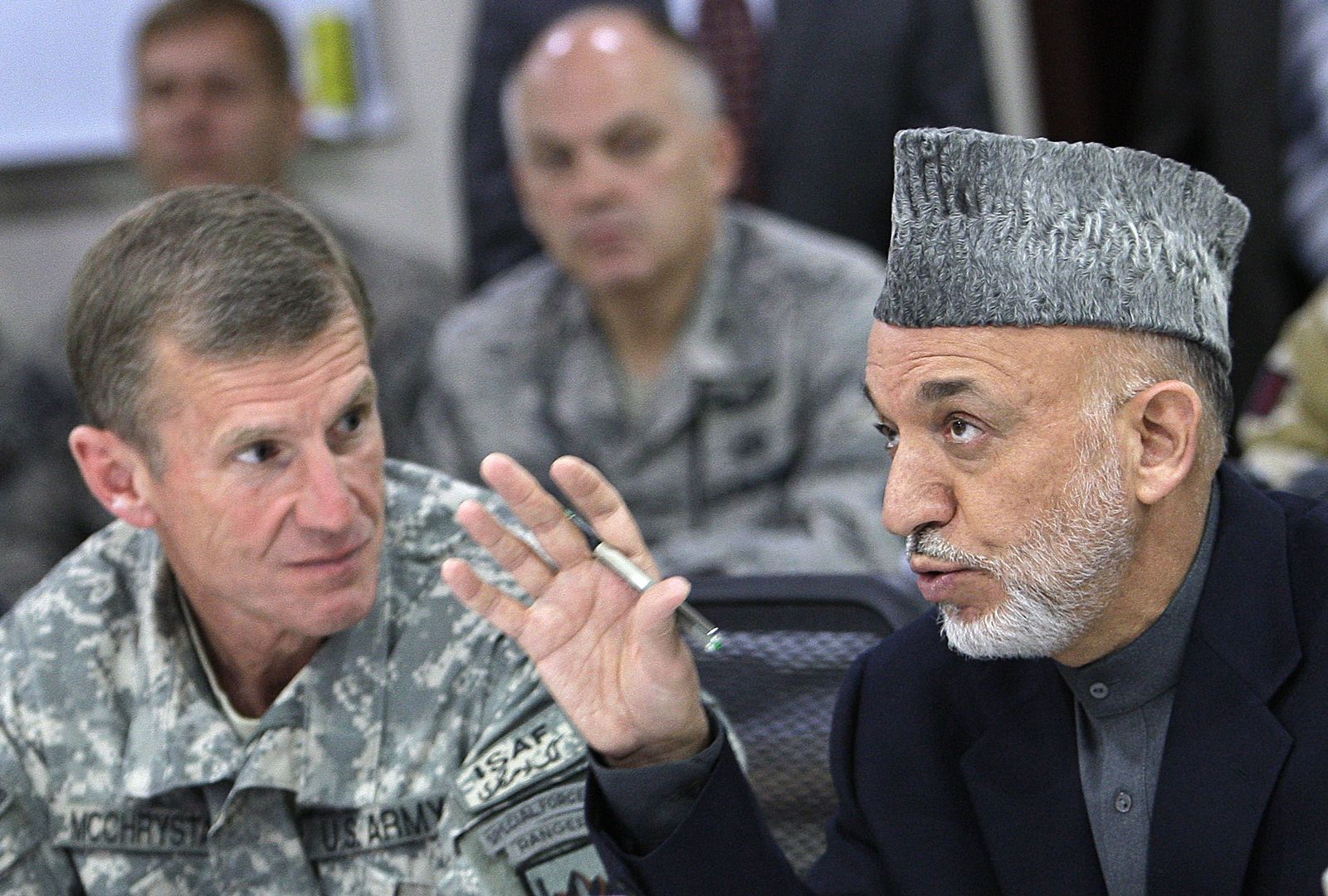