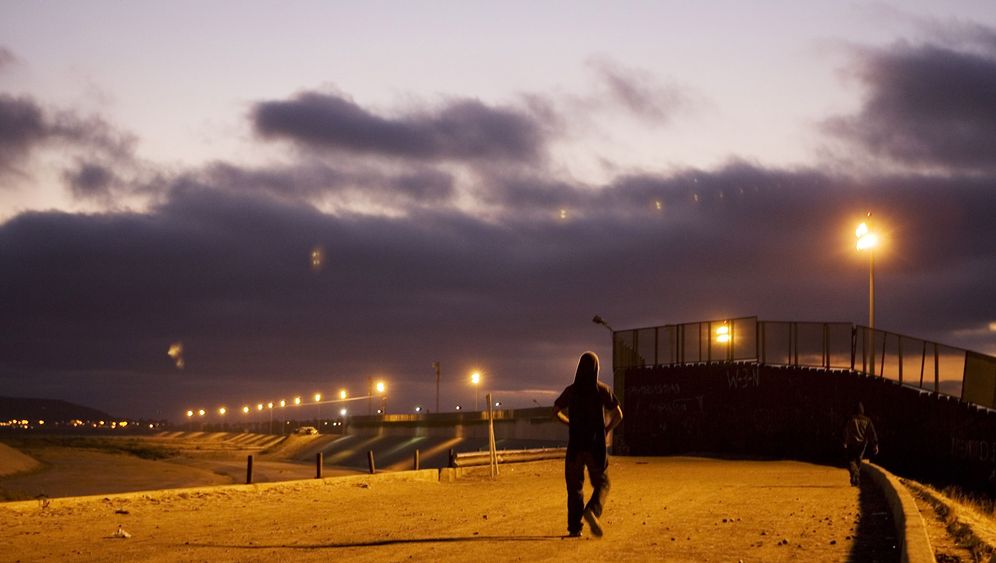 US-Mexico Border: 'There's No Way In'

Sept. 11 was to blame. The United States recoiled in on itself after the 2001 attacks. Whether it was terrorists, drug smugglers or illegal immigrants, the country needed to be secured against them.

Of particular interest was the overland route, specifically the 3,141-kilometer-long (1,952 mile) border the southwestern US shares with Mexico. This desert frontier, which marks the southern limit of the states of California, Arizona, New Mexico and Texas, is notoriously porous. Authorities had already erected a 23-kilometer corrugated iron fence near San Diego in the 1990s which became known as the "Tortilla Wall." Since then, the nickname has often been applied to the US-Mexican border as a whole.

In 2006, the US Congress authorized the construction of a total of 700 miles (1,126 kilometers) of permanent fencing to seal off the border with Mexico. This would cover only about one-third of the border's total length: A "virtual fence" would come into play as well to plug any gaps with the latest technology.

Arizona Governor Janet Napolitano, a Democrat, cast doubt on the sense of the project at the time. "Show me a 50-foot wall and I'll show you a 51-foot ladder," she said.

In fact, those who wanted to cross the border illegally turned out to be exceedingly inventive. They built tunnels under the fence. They catapulted their drug shipments over it. Gangs of human traffickers would take $200 (€140) from Mexicans trying to escape hardship. Many trying to cross lost their lives in the process, either dying of hunger or thirst, or getting shot by American vigilantes.

Yet all the US presidents have kept on building: Bill Clinton, George W. Bush and Barack Obama. Whenever they stepped up checks with patrols, fortifications and the most modern technology, those trying to cross the border illegally simply went elsewhere. It was an endless game of cat and mouse, while in Washington every political attempt at immigration reform floundered.

It was only in January of this year that Napolitano, Secretary of Homeland Security since 2009 and now far less critical of the fence, finally abandoned the project. A billion dollars were pumped into the "virtual fence" alone, and yet it still proved to be ineffective and too expensive. Border patrols now have to make do with more standard methods: binoculars, night-vision devices and firearms.

And mass migration across the US-Mexican border has abated: The number of people crossing the frontier fell by 60% between 2006 and 2010. But migration experts attribute this to improved living standards in Mexico and the abysmal US labor market. They say it has nothing to do with the fence.

Nevertheless, Arizona isn't giving up. In 2010, the states Republican governor, Jan Brewer, rolled out the toughest immigration legislation in the country. Arizona wants to finish building the wall on its own, and the government is calling for donations via its website.