It often takes some time before politicians must atone for their past sins. But when you bear partial responsibility for killing or wounding American soldiers -- like Armenian President Serzh Sargsyan -- it's almost certain that you will eventually be taken to task.

In the fall of 2008, then-US Secretary of State Condoleezza Rice requested her diplomats to press Sargsyan on weapons transfers, as the US dispatches recently released by WikiLeaks show. Five years earlier, Armenia had purchased 1,000 anti-tank rockets and 260 heavy machine guns from Bulgaria. At the time, Sargsyan was Armenia's defense minister, and he gave a personal guarantee to the Bulgarians that the weapons would stay in the country.

In reality, however, according to American findings, the weapons shipment went straight to Iran before finding its way to Shiite insurgents in Iraq. The Americans have found that one US soldier was killed with a weapon from the Sargsyan deal and that at least 10 other soldiers have been wounded with the weapons. The true total is likely much higher: US troops continue to find equipment from the Armenian shipment during raids in Iraq.

The longer the United States fights wars in Afghanistan and Iraq, and the more American or allied soldiers die, the more focused Washington acts to counter the global trade in conventional firearms, including assault rifles, mortars and rocket-propelled grenades. The weapons often make their way via Iran, Syria or Yemen to war zones and crisis regions across the world. For countries from the former Soviet Union, in particular, which have significant stockpiles of weapons, this has become a lucrative business.

American intelligence sources have been able to document almost all of the details concerning the Armenian weapons deal. They know that the RPG-22 anti-tank rockets were manufactured in the Vazovski Mashinostroitelni Zavodi factory, and that the machine guns were made by the Bulgarian weapons manufacturer Arsenal. According to the Americans' sources, the weapons were initially flown into Armenia before being immediately forwarded to Iran. Likewise, according to American diplomatic documents, the deal was transacted between the partially government-owned company Zao Veber and Abbas Abdi Asjerd, an Iranian arms dealer. The weapons were allegedly paid for by the Iranian government, but the money trail was camouflaged by having it go through an Armenian bank.

The deal was only made possible because Sargsyan had given the Bulgarians a written guarantee that the weapons would remain in Armenia. "Such cooperation with Iran, a known state sponsor of terrorism and supplier of arms to terrorist groups and other non-state actors, is unacceptable," Rice complained in a dispatch dated Sept. 12, 2008 and sent to the US Embassy in Yerevan, the Armenian capital.

She then instructed an American diplomat to pressure President Sargsyan and threaten Armenia with massive sanctions should such a deal be repeated. Since Armenia is highly dependant on US aid, punishing Sargsyan would not have been difficult.

Soon thereafter, the ambassador reported back that President Sargsyan and his principle adviser had tried to deflect responsibility. But US diplomats presented them with the evidence. In the end, Sargsyan agreed to stricter export controls, which the Americans pressed him to introduce as soon as possible.

Somewhat less successful were the talks that then-US Ambassador to Russia William Burns had with officials in Moscow. In October 2007, Burns complained that -- even after 22 meetings -- then-Russian Foreign Minister Sergey Lavrov remained uninterested in reducing his country's significant arms shipments.

In one communiqué, Burns wrote that the Russians had a "deeply cynical" stance to American efforts. The Russians viewed arms deals as diplomatic door-openers, he continued, as a source of money for corrupt officials and as a way to slightly disrupt American foreign-policy efforts. One high-ranking official in Moscow even reportedly told him that: "Russia makes very bad cars, but very good weapons."

Ukraine, though, is particularly high on America's list of global arms traders. Kiev delivers tanks, RPGs, rocket launchers, machine guns and even missile technology to almost all of the world's crisis regions.

Ukraine, for example, sent armored personnel carriers, anti-tank missiles and heavy machine guns to Myanmar in August 2009, according to the US. Ukraine denies the charge. The US also believes Kiev sold armored vehicles and transport aircraft worth more than $500 million to Iraq.

At the same time though, US diplomats repeatedly complained, Ukraine regularly asks Washington for help financing the destruction of their enormous arsenal of weapons of mass destruction left over from Soviet times. Ukraine, for example, wanted $250,000 for the ecological disposal of each rocket engine -- and an additional $15,000 for the destruction of each missile.

Another major player on the illegal weapons market is Yemen. The US believes that arms dealers such as Ibrahim Abu Haith, a member of the Rashaida tribe, have their own ships that they use to supply arms to Al-Shabaab terrorists in Somalia, to Sudan and to Hamas in the Palestinian territories.

In the summer of 2009, the State Department sent its ambassador in Sanaa, Yemen's capital, to sound out the possibilty of using unmanned drones and helicopters to monitor smuggling routes, such as the Red Sea. But, as the ambassador wrote back to Washington soon thereafter, the Yemeni government expressed "discomfort" with allowing American aircraft to monitor its territory.

On Dec. 7, 2009, a meeting took place in Sanaa that shows just the kind of machinations the weapons business involves. The Bulgarian Embassy there discretely informed then-US Ambassador to Yemen Stephen Seche that Yemen had signed a contract with a company in Cyprus in October of that year. The contract allegedly involved a shipment of sniper rifles, ammunition, artillery shells, anti-aircraft guns and howitzers for just under $100 million (€75.3 million). According to the Bulgarians, though, the company was just serving as a front for the Serbian arms trafficker Slobodan Tesic, who was being sought on an international arrest warrant for making illegal arms shipments, including to terrorists. The Bulgarians asked if America could help block the deal.

Eager to put Tesic out of business, the Americans took action. At first, it appeared as if the American intervention had been successful: On December 27, Yemen's Deputy Finance Minister Jalal Yaqoub notified the Americans that the Tesic deal had been blocked. But, the next day, the Bulgarians subtly informed the Americans that the deal was still secretly on and that Yemen's defense minister in Sanaa had just instructed the country's central bank to wire $97 million to the company in Cyprus.

The Bulgarians, though, had a selfish motive. They wanted to sell Yemen 20,000 assault rifles as well as RPGs and ammunition worth a total of $55 million (€41.4 million). They asked American diplomats for sympathy because "the difficult economic situation made the offer extremely attractive to domestic arms producers."

Even extremely small arm shipments do not escape the notice of watchful US eyes. In September 2008, for example, German authorities reportedly blocked a shipment of 40 TPG-1 model sniper rifles from the Bavarian company Unique Alpine from being shipped to Iran via France.

The Germans prevaricated. Although sales of military hardware must be approved, one official from the Ministry of Economics in Berlin explained to the Americans, the sniper rifles were not military hardware because they could also be used for sport.

But the Americans did not agree. They pointed out to the Germans that on the Unique Alpine website, it said the TPG-1 rifle was a "tactical precision weapon of the newest generation" designed for use as a "highly integrated weapons system … for the professional user." The US wanted the shipment blocked, and the Germans finally relented.

Unique Alpine said in a statement that the company has never received such an inquiry or order and has never attempted to make such a delivery to Iran via France nor has the company intended to do so. 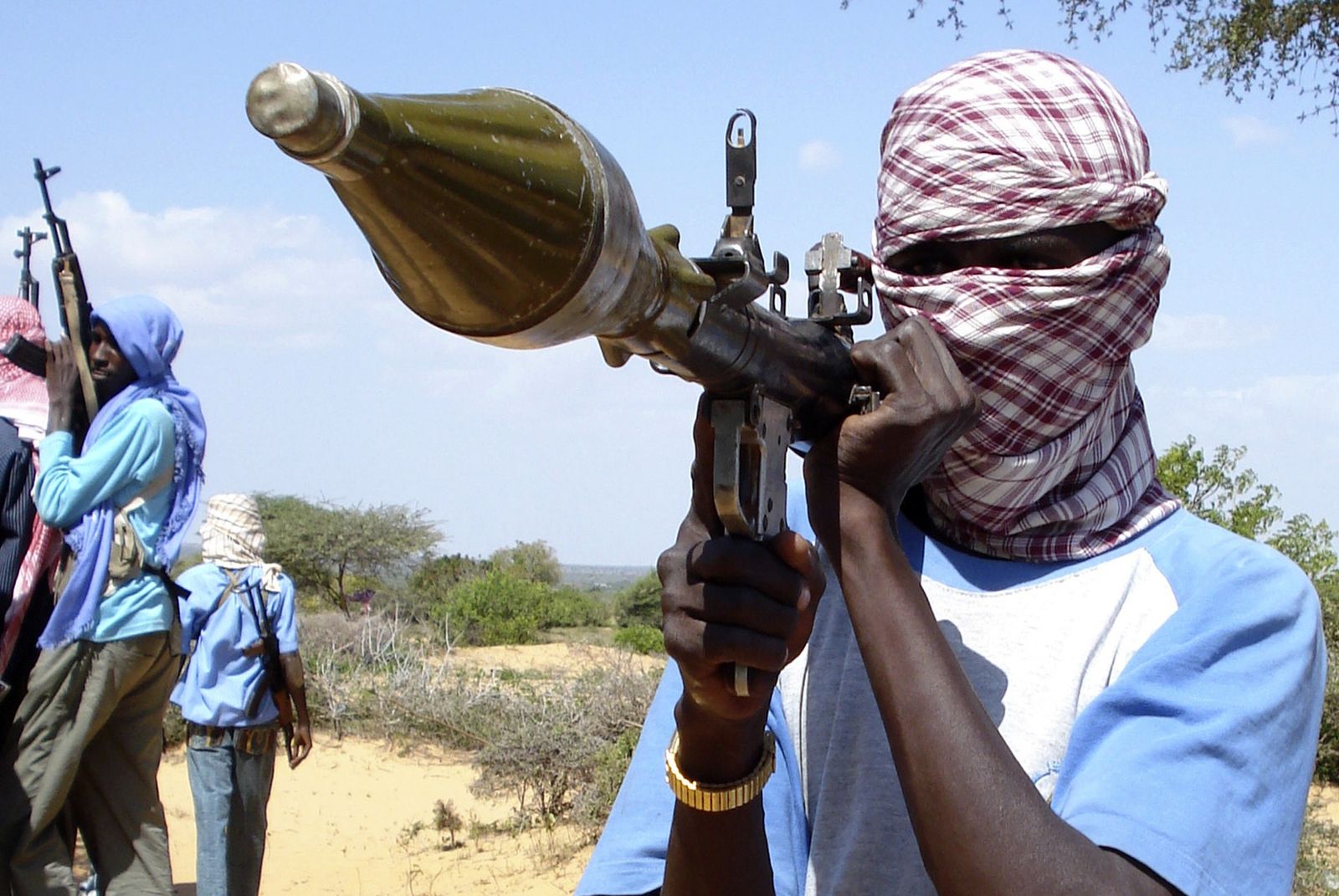