German soldiers are more directly involved in NATO air attacks against military forces of Libyan dictator Moammar Gadhafi than was previously known. In response to a specific inquiry recently submitted by Hans-Christian Ströbele, a Green Party member of parliament, Germany's government acknowledged that 11 German soldiers currently stationed at NATO facilities in Italy are performing duties including ones "in the area of so-called target selection" for NATO airstrikes. However, the Defense Ministry documents obtained by SPIEGEL ONLINE also note that the German soldiers do not hold any "leadership or decision-making positions."

The very skeletal information the ministry provided could become politically explosive. In early 2011, Germany openly opposed international military actions against Gadhafi, an act that triggered much criticism from around the world, particularly from the United States and France. It has already been known for weeks that, as part of Germany's obligations as a member of the NATO alliance, its soldiers have been assigned to work as parts of military staffs actively involved in the Libya mission. Nevertheless, Ströbele believes it is scandalous that German soldiers are also participating in selecting targets for upcoming attacks. "With these activities," he says, "we are secretly taking part in the Libyan war."

The German participation that Ströbele's very precise questions first brought to light once again illustrate the difficult balancing act Germany's government has to perform owing to its official stance toward the mission. Indeed, Germany's position already became tenuous, if not hollow, when it emerged that -- after having voiced such passionate opposition to the mission -- Germany was also supplying bomb parts for the Libyan war. The new details only strengthen the beliefs of those who dismiss Germany's refusal to participate in military actions as transparent political maneuvering.

Indeed, Ströbele compares this case to a previous one involving agents from the BND, Germany's foreign intelligence service. After the German government, then led by Social Democratic Chancellor Gerhard Schröder, voiced strong opposition to an American attack on Iraq, it emerged that BND agents stationed in Baghdad had provided militarily useful information to invading US forces in 2003.

Sources within the Defense Ministry say that Ströbele has struck upon a very touchy issue. People familiar with the facts say that Germany has put itself in a Catch-22 situation by politically opposing military actions against Gadhafi. "Of couse you can reject a mission on political and moral grounds," said one high-ranking government employee, "but being a NATO member gives rise to obligations that one can't simply shake off." According to the ministry document, the German soldiers and almost 250 additional ones from other NATO countries have been called upon to provide "the vital safeguarding of abilities to function and act."

As the ministry sees it, saying no to NATO would be impossible and possibly even a violation of its obligations under the NATO treaty. Likewise, the ministry stresses that the Germans serving on the military staffs in Italy have in no way been directly involved in selecting concrete targets for bombing attacks. Instead, the German soldiers have been much more involved in assessing the overall military situation by analyzing images taken from airborne surveillance sources for their strategic value. Several government officials and military officers affirm that final target selection is being handled by nations actively participating in the war, including the United States, France and Great Britain. The fact that such tasks are so crucial lends credence to their statements.

Is a Mandate Necessary?

The details could also cause the German government a major headache. Ströbele has already considered filing a case against the government before Germany's Federal Constitutional Court. As he sees it, without a mandate, the government is required to get parliamentary approval before undertaking such actions. Although having German soldiers serve on permanent NATO staffs is a routine matter, Germany's parliament still has to sign off on it in the same way it does with the mandate for the involvement of German troops in Afghanistan. Ströbele argues that the fact that the NATO staffs in Italy were specifically formed for the Libyan war means that "a mandate would have been needed for (the German) soldiers."

Defense Minister Thomas de Maizière has responded harshly to Ströbele's criticisms. "Mr. Ströbele's views are legally incorrect," de Maizière told reporters Thursday evening. He added that the "unambiguous" legal position did not oblige the government to obtain a parliamentary mandate to have German soldiers participate on NATO staffs. The minister also believes there is no doubt what would happen if Germany decided to ignore its treaty obligations. "We would be forced to leave NATO," he said.

Other opposition figures voiced support for Ströbele's position on Friday. Gernot Erler, a prominent member of the Social Democratic Party (SPD), noted how the revelations had finally unmasked Foreign Minister Guido Westerwelle's "no" to German participation in the war as a tactical election maneuver, according to the German news agency DAPD. 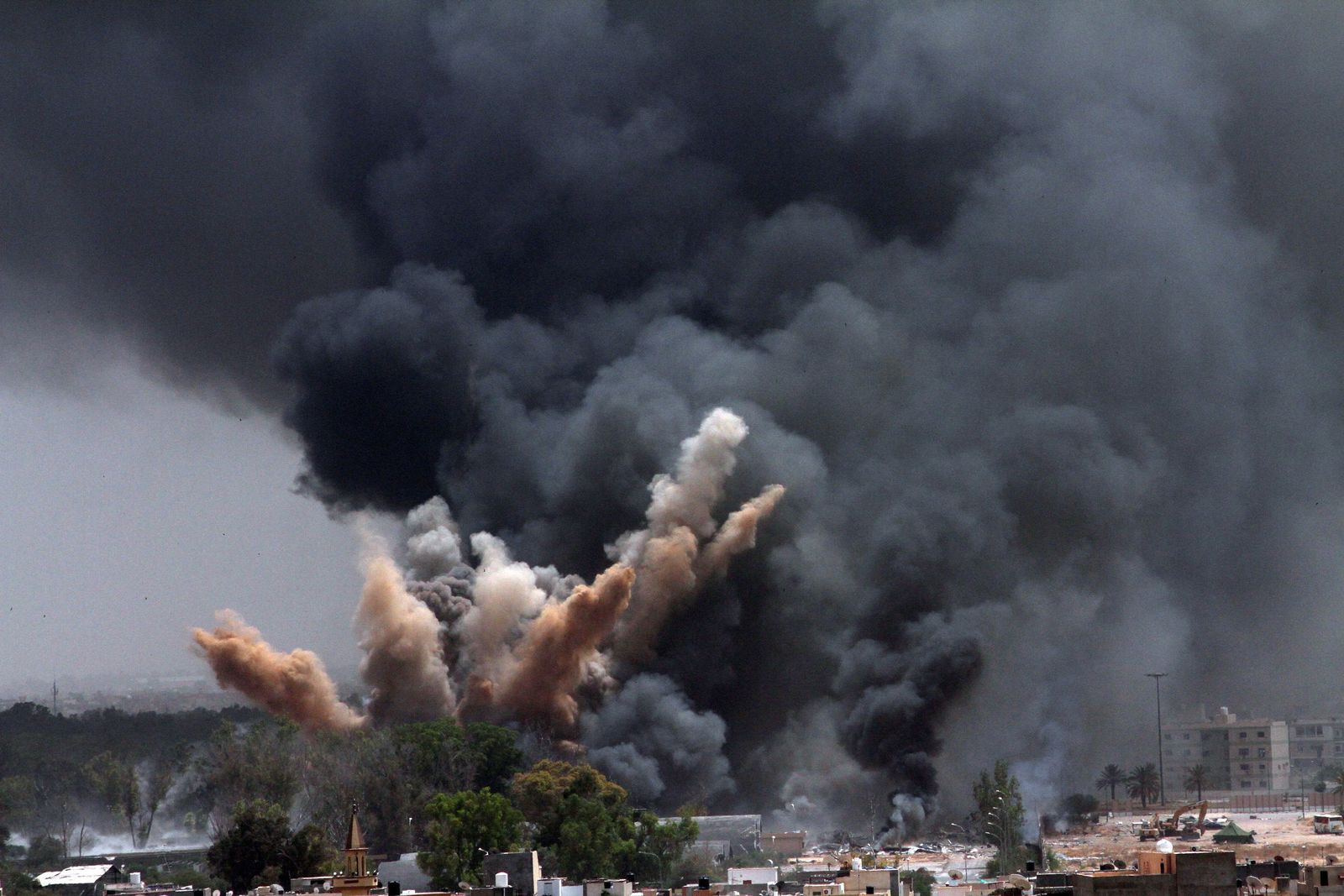