A last-minute deal to raise the US debt ceiling will probably pass on Tuesday, saving the country from defaulting on its debt but leaving both Democrats and Republicans dissatisfied.

The bill would lift the current $14.3 trillion debt ceiling until 2013, after the November 2012 federal elections. It calls for $2.1 trillion in spending cuts over 10 years, and it would create a special bipartisan congressional committee charged with drafting a deficit-reduction package by November.

Republican leaders in the House faced the press Monday, saying they would support the deal. Speaker of the House John Boehner, who had to table an earlier proposal because of opposition from the Republicans' "Tea Party" wing, was able to rally more than two-thirds of his Republican colleagues behind the latest bill.

The House of Representatives passed the measure Monday by a vote of 269 to 161. Democrats, many of whom were angry at the absence of any tax increases, split their votes evenly. Democratic Congresswoman Gabrielle Giffords from Arizona made her first appearance on Capitol Hill since being shot in the head outside a Tucson grocery store in January; she voted in favor of the proposal.

The Senate plans to vote on the measure at noon EST. Passage is considered likely since it has the support of both Republican and Democratic leaders in the Senate, and Obama has not threatened to veto. But the state of the US economy continued to weigh heavily on financial markets and on public opinion: Global markets fell Tuesday morning after weak manufacturing data out of the United States furthered concerns that the country might be headed for another recession.

A new study by the Pew Research Center in Washington found that 72 percent of American characterized the recent budget negotiations as "ridiculous, disgusting, stupid, and frustrating." In Germany, where the Tea Party has become a household name, commentators also expressed their frustration with Washington.

"No one can forget the Civil War atmosphere in which this debt fight has taken place. It weighs on America's international reputation. From the point of view of financial markets, the dysfunctional nature of Washington is a risk factor that must be calculated for in the future."

"But America is not Greece ... The capital market is fruitful, and behind everything is an efficient and productive national economy. Nevertheless, the American and European debt crises are connected. Never before in times of peace have the budgets of industrialized countries been so debt-ridden. That translates into a major weakening of the parts of the world that are still called the 'West.'"

"The countries that until recently had controlled the destiny of the world, now largely find themselves on an unsustainable financial path. The grotesque behavior in Washington over the past weeks have made that abundantly clear. But the fact that the European debt crisis has noticeably not been solved yet (also) costs Europe influence in the world."

"What is happening in Washington is nothing less than a culture war. On President Obama's side are supporters of a national concept, like one known in Europe, namely that the state should take care of a certain amount of social equalizing, and if necessary, intervene with regulations. For his opposition, even Obama's idea of expanding health insurance coverage equals the birth of communist totalitarianism."

"Anyone who raises taxes or increases the debt ceiling, and therefore unleashes the Leviathan of 'big government,' is, according to their logic, threatening the highest ideal that the American revolutionaries fought for: freedom. Those who do it will be pursued by these self-named patriots with virtually pathological hatred, even when the infrastructure or social benefits would profit from their undertakings. Illogical? Patriotism is possibly the only thing that many uncertain American citizens have left. The crisis has not only cost them their jobs; it has also threatened their country's hegemony. And a solution for none of these problems seems apparent."

"Even though many liberal Democrats and their base perceive it to be true, the charge that President Obama capitulated to the right wing of the Republican party is silly. It is this war-like rhetoric that has so poisoned American politics. What should the president, who also has to think of his own re-election, and the Democratic leaders in Congress, do when the Republicans collectively turn a deaf ear to the issue of tax increases and are resolute in their opposition?"

"Should they accept partial insolvency of the United States and risk great damages to their own and the world's economies? That would have been irresponsible and would have been equal to the stubborn refusal to compromise exhibited by part of the Republican Party -- for whom the agreed-upon cuts don't go far enough, and who therefore broke with the leadership of their own party. It speaks volumes that among them is a Republican presidential hopeful."

"The world can calm down -- with this savings package, the American economy won't go under. Export nations like Germany don't need to fear that one of their biggest markets will collapse."

"The Americans could have made things easier for themselves and the rest of the world. It was extremely dangerous to turn the issue of the debt ceiling -- raised seven times under Obama's predecessor, George W. Bush -- into a fight over the role of government."

"Still, the Americans are taking on their debt problems and trying to find a long-term solution. The debt burden per person is, in the end, almost as high as in Greece. Ideally they could have agreed on more than just the deficit reduction. The Democrats have long lobbied for higher taxes on the most wealthy. It is a shame that they couldn't push that through."

"In the eyes of his voters, Obama abandoned important positions to get a compromise. There will be considerable cuts in health care for the elderly and needy, but no tax increase for the rich to speak of."

"Many liberal Democrats, independents, minorities and socially disadvantaged in 2012 will think about whether they want to go to the polls. If the ratings agencies were to downgrade the country's credit rating, Obama's chances at re-election would sink further, and this national disgrace would be forever associated with his presidency."

"Obama .... will have a much harder time than in prior elections because he'd convinced his supporters that he would end the divide in America. But he's failed to prove that he can really achieve that. 'No, he can't' should be the conclusion of disappointed voters." 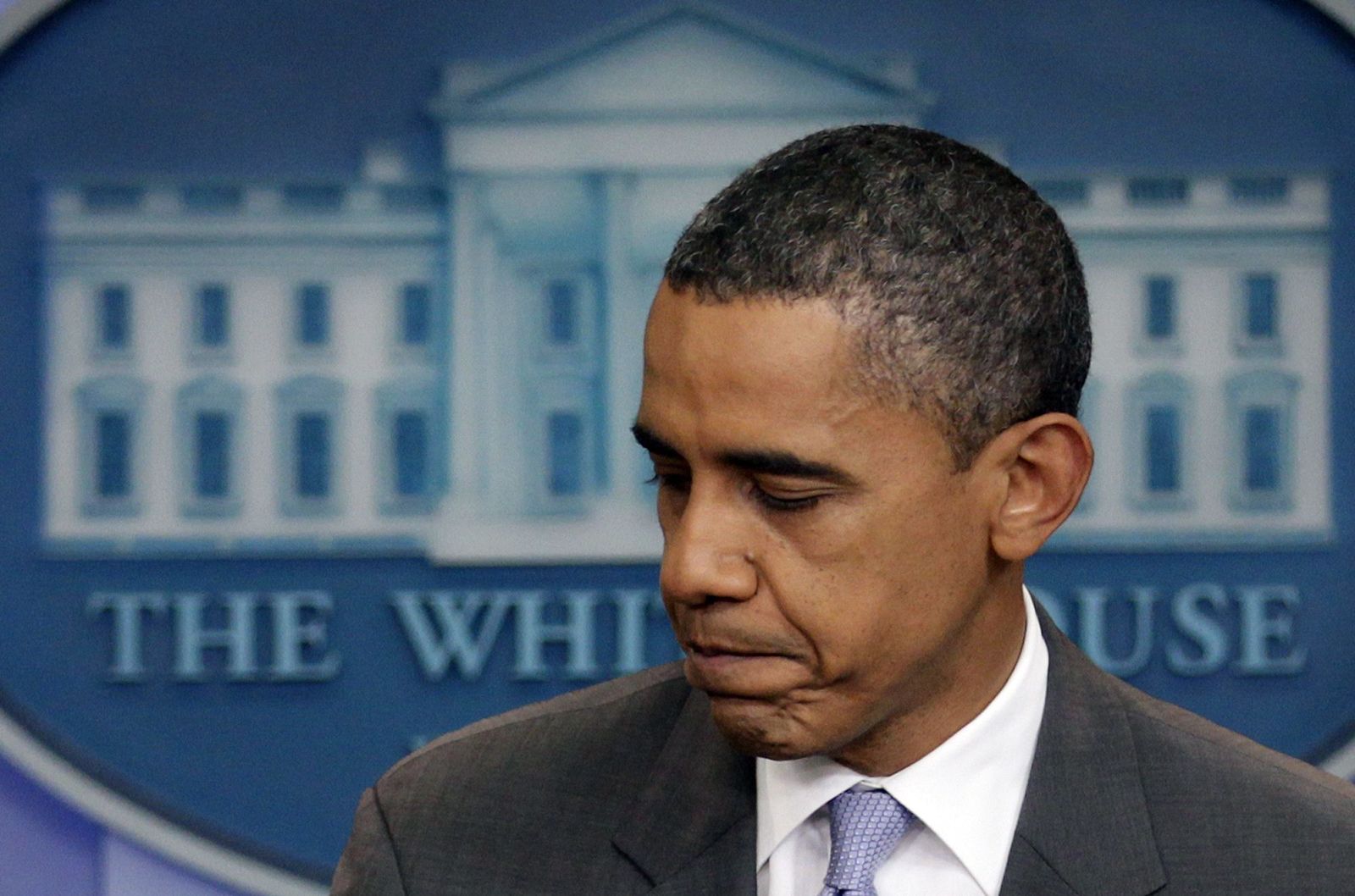