US President Barack Obama has made a key concession on his planned health care reform in response to near-hysterical protests across the nation against the overhaul that was a key plank of his election campaign last year.

Obama has signalled retreat on a proposed provision under which consumers could choose from health insurance sold by the federal government as well as those marketed by private companies.

"The public option, whether we have it or we don't have it, is not the entirety of health care reform," the president told a town hall-style audience in Grand Junction, Colorado, on Saturday. "This is just one sliver of it, one aspect of it."

Obama's team is now suggesting a non-profit cooperative insurance system, in a bid to overcome the innate aversions many Americans have towards government involvement.

German media commentators say Obama has lost his near-messianic status in the course of the health-care debate. Many Europeans, they say, can't understand why so many Americans are clinging on to a health-care system that is less efficient, and provides worse care for average citizens, than European systems.

"The 44th president, once revered as a messiah, is shrinking back to human proportions. This normalization, which is healthy, has been caused by the row over how to improve America's health-care system. Obama has given up core elements of his most important reform plan in the face of sometimes aggressive, even fired-up protests from a right-wing mob.

"Many of Obama's most glowing supporters are sensing betrayal. The president himself is interpreting his concession as realpolitik. Given the resistance, even from conservative members of his own party, he prefers a modest reform to none at all. The public health insurance was 'just a sliver,' said Obama. But he must take care that his greatest election promise isn't hacked to little pieces by a revolt by America's right wing, or through a salami tactic where he himself is wielding the knife."

"This is a step back regarding the substance of the overhaul, but it's a necessary step to get Congress to approve the reform.

"The entire reform debate suffers from the problematic conviction that has never been questioned, namely that health is an asset from which it's OK to make money. A public health insurance system that doesn't need to make money will end up ruining the private companies in the sector -- that's the argument the opponents of the reform are seriously making.

"Up to now, insurance companies and pharmaceutical firms have been making large profits. That won't change when a few cooperatives start competing with them. After all, they will be subject to market rules, unlike a public heath insurance system."

"In this dispute, arguments and examples from experience don't count for much. America's mistrust of government is refreshing in some areas, but not when it comes to health care. Health cover for the average citizen in the US against illness and its consequences is worse than in Germany, and they have to pay significantly more for it."

"The resistance comes from citizens who are genuinely outraged at what they see as state interference and business groups that are earning good money from the existing system. They are abusing the founding myth for their own purposes. The US was created as a 'land of the free' against the dictatorship of monarchies in Europe. Opponents of the reform are going so far as to cite Thomas Jefferson: The tree of liberty must be refreshed from time to time with the blood of patriots and tyrants."

"Obama is realizing what his nation will and won't accept. There's likely to be a health reform in the end. But the overhaul that gets majority backing in the end won't resemble what he promised in the election campaign."

"This isn't about the uninsured anymore. They only amount to 15 percent of citizens and 10 percent of voters. The freedom to choose now takes precedence. Freedom as the Americans see it also includes the freedom to pay too much for health care that is inferior by comparison with other systems." 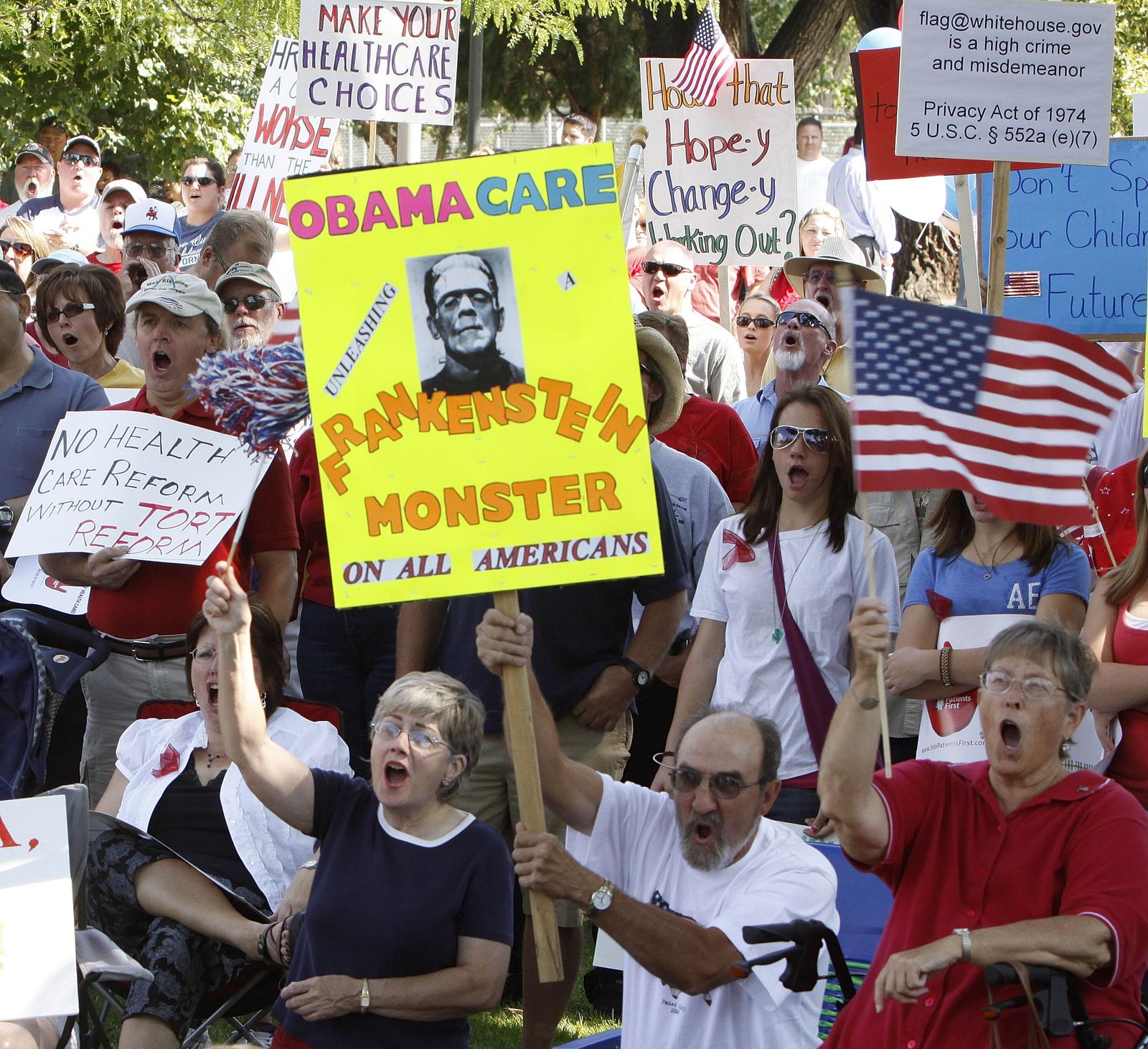