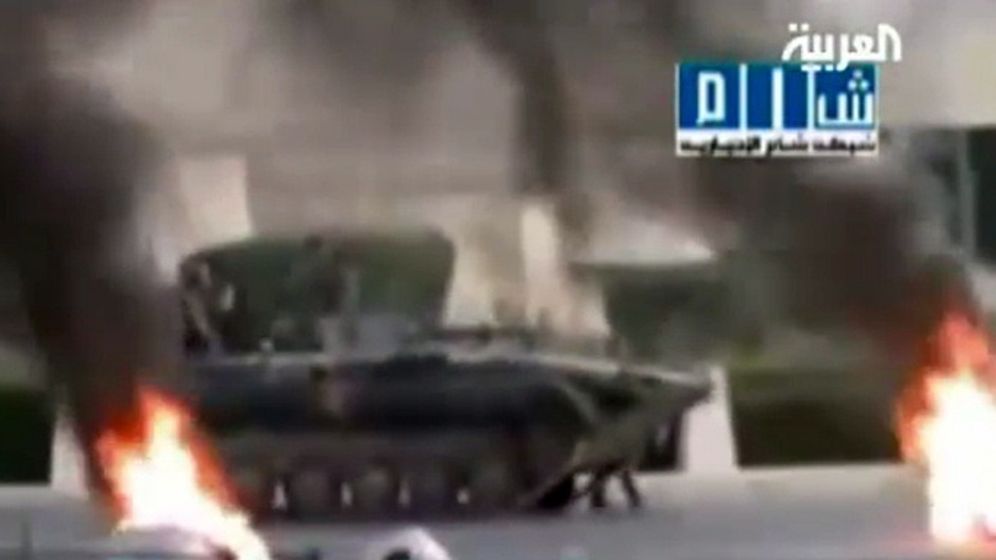 Germany on Sunday requested an emergency UN Security Council session after military forces in Syria killed at least 80 pro-democracy demonstrators in the central city of Hama.

Germany, which handed over its one-month chairmanship of the Security Council to India on July 31, asked for a meeting to take place on Monday to address the escalating violence in the government crackdown. Russia and China have so far blocked a UN resolution condemning President Bashar Assad for the violent suppression of protests against his regime. However, German newspaper Süddeutsche Zeitung quoted European diplomatic sources as saying the high death toll in Hama could prompt the two countries to drop their opposition to a resolution.

The tank assault on Sunday came on the eve of the fasting month of Ramadan, and was one of the bloodiest days of the five-month-old uprising against Assad. Hama was the scene of a 1982 massacre by Assad's late father in which thousands of people were killed.

Security forces had besieged the Sunni Muslim city of 700,000 for nearly a month before Sunday's assault. Ramadan is a holy month when Muslims fast until sundown. Many flock to mosques for prayers at night, and those gatherings could provide opportunities for protests to spread across Syria.

President Barack Obama called Sunday's military action "horrifying" and said Assad is "completely incapable and unwilling" to respond to the legitimate grievances of the Syrian people. "Syria will be a better place when a democratic transition goes forward," Obama said in a statement.

EU foreign policy chief Catherine Ashton denounced the killings, saying that Syria had refused to "implement the reforms it has promised in response to the legitimate requests" of the country's citizens.

Turkey, which was one of Assad's main allies until the uprising, said it and the rest of the Muslim world were "deeply disappointed" by the violence that contradicted Assad's previous promises to enact democratic reforms.

German media commentators say protests could escalate during Ramadan and reach the critical mass needed to topple the Assad regime. But they add that Syria's pro-democracy movement shouldn't expect concrete help from the West, which has been deterred from intervention by the lack of progress made by NATO in its air campaign to support rebels in Libya.

"America, Germany, and Britain are condemning the violence in Hama, but Assad doesn't have to fear much more than that from the West. The most recent events in Libya are likely to have sapped the West's desire to get involved in another crisis. In the rebel bastion of Benghazi, the fighters have recently been attacking each other, reducing their chances of a triumph over Gadhafi anytime soon. One can regret, curse, and bemoan all this. But the West must now avoid doing one thing: turning away from the Arab summer out of frustration at the creeping pace of the revolution."

"The fasting month of Ramadan starts this Monday. It almost looks as if the people who expect the next four weeks to determine the outcome of the Syrian uprising will be proved right. The government in Damascus will not shy away from attacking mosques if it can only survive that way."

"In the fasting month the likely clashes between the army and the opposition will gain an added religious edge."

"The offensive by Syrian forces on the eve of Ramadan was a calculated move. During Ramadan, every day is a Friday. Daily protests would shake the regime to its foundations. Parts of the population who have so far been in wait-and-see mode, like business people and traders in Damascus and Aleppo, could start to side with the demonstrators in view of the growing instability."

"In his 11 years in power, Bashar Assad has missed every chance to pave the way for a peaceful transition from a dictatorship to a more democratic society. The sacrifices he is imposing on his population will only seal his downfall. The demonstrators on Syria's streets are showing incredible courage and determination. It is high time they were supported."

"War against one's own people -- that is the only way to describe the bloody assault by the army on cities and villages in Syria. On the past 19 Fridays, tens of thousands of people have already taken to the streets against Bashar al-Assad, and more than 1,700 citizens have paid for their courage with their lives since mid-March. But since the march by millions two weeks ago in Hama and Deir al-Sor, Assad and his supporters know that the unrest could reach a critical mass. Thirty days of Ramadan could mean 30 days of mass protests and end up toppling the Baath regime."