US President Barack Obama came to power promising a new era of bipartisan cooperation. But there has been precious little of that since he took office. Indeed, Republican opposition to Obama's initiatives has been markedly vociferous.

Now, in a rare victory for the president, the US Congress has ratified the New START disarmament treaty, with Republican support. On Wednesday, the Senate approved the treaty, which had been stalled for months, by 71 votes to 26. At least 13 Republicans voted with the Democrats after being won over by Obama. The ratification is an important foreign policy triumph for Obama, who suffered a crushing defeat in November's midterm elections.

The treaty, which Obama signed with Russian President Dmitry Medvedev in April 2010, involves Russia and the US cutting their stock of nuclear warheads by 30 percent and will also introduce a new mutual inspection regime. "This is the most significant arms control agreement in nearly two decades," Obama said. It replaces the START treaty, which was signed in 1991 and expired in December 2009.

German Chancellor Angela Merkel congratulated Obama on the ratification. In a statement issued on Wednesday evening in Berlin, the chancellor said the treaty was an "important milestone in the development of a real partnership" with Russia. She also expressed her hope that further disarmament steps would follow the ratification of New START.

The two houses of the Russian parliament still need to ratify the treaty. The lower house, the Duma, might do so as early as Friday, the Duma's speaker said Thursday.

On Thursday, German media commentators take a look at what the ratification means for Obama's presidency.

"Barack Obama was the biggest loser of 2010. He allowed the angry Tea Party movement to grow powerful, he did not pass any decent laws despite his majority in Congress and he was aloof, elitist and indecisive. He had to accept a formidable, yet entirely understandable, defeat in the midterm elections as a result. No one expected much from Obama, at least not during the rest of this year."

"Now, just days before Christmas, Congress has ratified the New START disarmament treaty with Russia. … Will Obama build on this victory? Is it Obama's breakthrough as a president? Will it mark his comeback as a reformer? … Is a new era of cooperation beginning?"

"The opposite is much more probable, namely that the disarmament treaty will be Obama's last significant achievement for a long time. In January, the new Congress will convene. The new representatives who won in the midterm elections will come to Washington, including those Tea Party activists who have little interest in making compromises with Obama. With them, Congress will move to the right …. Possibly the only reason why so many Republicans voted for Obama's law was because they themselves fear the new era and see few chances of passing sensible, bipartisan laws in the new Congress."

"All previous treaties between Washington and Moscow regarding strategic nuclear weapons are associated with names of a Republican presidents, such as Nixon, Reagan, Bush Sr. and Bush Jr. Nevertheless, this time around, representatives of the Republican Party left no stone unturned in their bid to prevent the new disarmament treaty being passed by the Senate. Even though some of them may have had entirely legitimate concerns about the treaty on principle, or regarding its details, it was clear that the Republicans wanted to deprive Obama of one of his few demonstrable foreign policy successes. Half a dozen former Republican secretaries of state testified that the ratification of the New START treaty was in the national interest of the United States. But many senators were willing to put the supposed interests of the party over those of the country. How shameful!"

"The ratification of the New START treaty is extremely important. The treaty guarantees that the number of nuclear weapons continues to fall, by an equal number on both sides, so that a dangerous imbalance does not arise. … It also refutes the accusation that the nuclear powers always demand that non-nuclear states do without atomic weapons, without disarming themselves. Even with the treaty, the idea of a world free of nuclear weapons remains just a hope. But a small step is better than nothing."

"Barack Obama, who negotiated the treaty with Moscow, is justified in celebrating a major personal victory. Despite his serious defeat in the midterm elections, the US president invested a lot of political capital in order to get the treaty through the Senate. US voters are unlikely to thank him for it -- they have other worries. But they should, at least for one day, feel a little proud of their president." 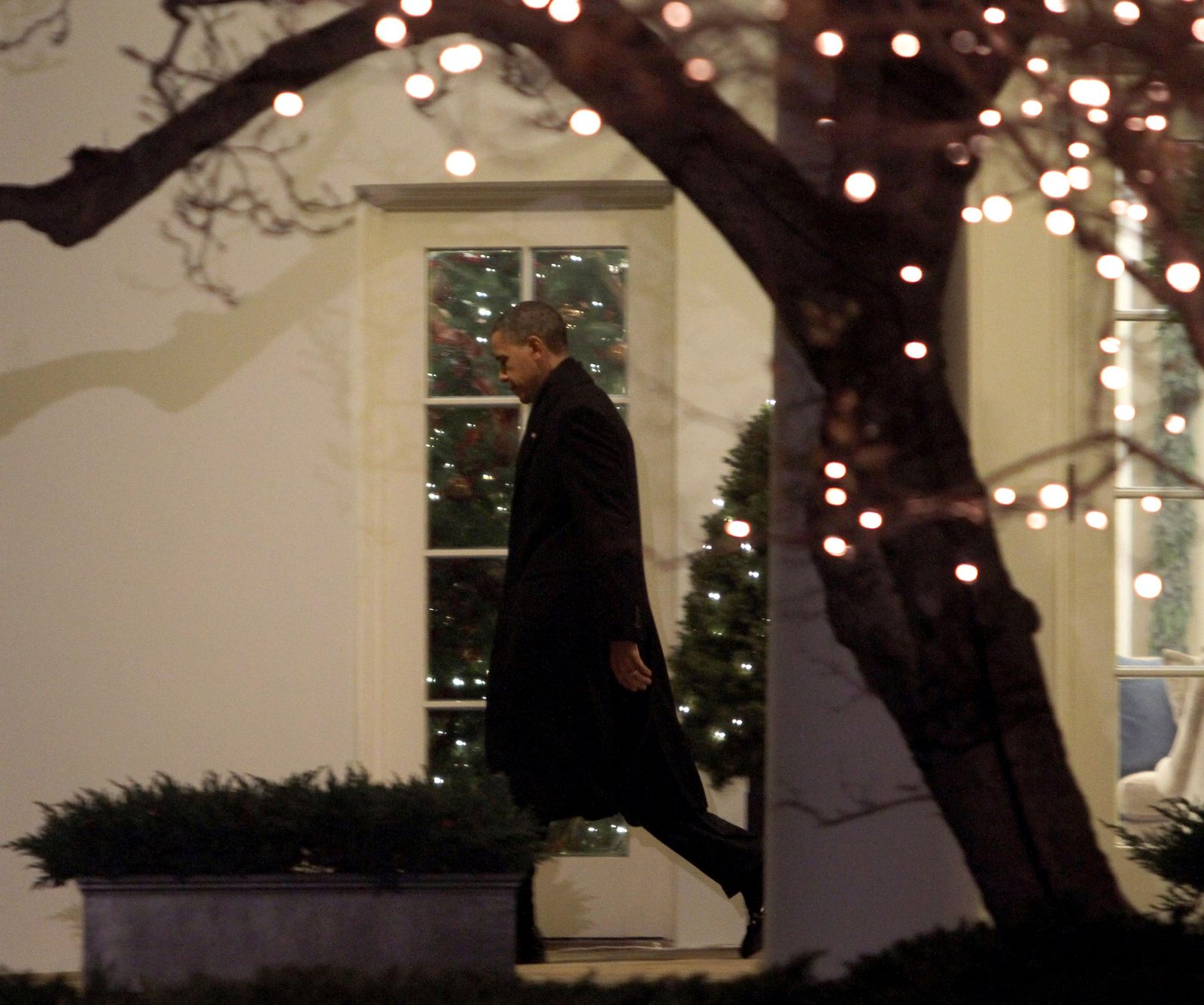 Obama leaves the White House on Wednesday, heading for his Christmas vacation on Hawaii.