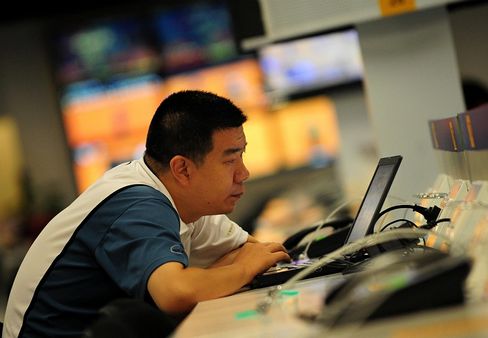 Online journalists in China for the 2008 Beijing Olympics are still not sure what will make it past Chinese censors.

Just days before the Aug. 8 opening ceremonies usher in the 2008 Beijing Olympics, reporters from around the world who are in China to cover the games are pulling their hair out. Two things in particular are driving them nuts: not knowing what they will be able to cover and not knowing how much the Chinese government will censor their online coverage.

In 2001, when the International Olympic Committee (IOC) awarded the 2008 games to China, Wang Wei, the leader of China's bid told reporters: "We will give the media complete freedom to report when they come to China."

But for many reporters there now, its still unclear how free they will be able to report or not, as the restrictions and red tape seem almost endless, and they never know whether they've covered all their bases. "We already have to tell the Chinese everywhere we want to be in August, and what time," one TV broadcaster, who preferred to remain anonymous, recently told the Associated Press. "We have to provide a list of the guests who will be interviewed and the content of the interview."

The second issue regards not how the media will be able to report, but whether their reporting will be accessible online. Less than two weeks ago, IOC press chief Kevan Gosper angered the media when he backtracked on a promise to make sure that Internet censorship would be lifted for journalists during the games. Gosper's announcement came after Sun Wiede, a spokesman for the Beijing Olympic Organizing Committee, surprised even Gosper by saying that journalists would be given only "sufficient access" to the Internet.

After days of uproar from media companies and watchdogs, things finally appeared to be resolved on Saturday, when IOC President Jacques Rogge told reporters that "foreign media will be able to report freely and publish their work freely in China. There will be no censorship on the Internet." But, soon thereafter, IOC spokeswoman Giselle Davies told reporters that Rogge may not have spoken precisely enough when he said "no censorship" because his native language is not English, adding only that the IOC "would like to see open access for the media."

In the end, the first gold medal goes to confusion. Chinese authorities have now unblocked a number of sites, including those of Amnesty International, BBC China and Deutsche Welle news sites. Nevertheless, restrictions remain in place, and the sites blocked by authorities change unpredictably. German commentators see little reason to hope for a sudden spurt of transparency from Chinese authorities.

"Now, just a few days before the Olympics start, there is wave upon wave of outrage because Chinese officials are practicing censorship and are trying to put some controls on the freedom of the press. But they are only doing what authoritarian and dictatorial regimes always do. No one can really be unclear about the true character of the Chinese system of rule."

"This is also true when it comes to the members of the IOC. IOC President Jacques Rogge claims to have been a naïve idealist for having thought that reporters would be given unrestricted Internet access, as he promised they would be. But now reporters will only get 'sufficient access' to the Internet -- depending on the extent to which Chinese officials believe that such reporting damages China's prestige and 'security interests.' Did Rogge seriously believe that the regime could be induced to allow a relaxed, permissive environment for freedom of the press? Was that what he was promised? Either way, a lot of people have already been promised a lot of things "

"Seven years ago, it was already clear what is now becoming even clearer: The Olympics cannot be held in a country ruled by a dictatorship without having to play by its rules. If Rogge were to be consistent, he would acknowledge that the decision to choose Beijing was a drastic mistake."

"It's too late to cancel the spectacle just a few days before it starts  but it's not too late to at least partially frustrate the Chinese regime's plans to make the Olympics a major showcase. And it's not only the IOC and the athletes who have some leverage here. To a large extent, the degree to which the hosts are allowed to present themselves in a positive light on the international stage also depends on the people conveying to the world the pretty images of the pompous opening- and closing ceremonies. "

"For ARD and ZDF, (the German public television stations) which control the rights to broadcast the Olympic Games (in Germany), this means that they should transmit images of the 100-meter race and the tennis finals but not live coverage of the opening ceremony. And they should do this -- even if it means losing viewers."

"In China, it's only the sports officials who are promising that citizens will have more freedoms and that there will be no restrictions on coverage. But the politicians feel absolutely no sense of obligation and stick to their old methods. The Chinese leadership continues to bully and even imprison its critics. Dissidents are exiled into the countryside. Journalists are threatened and even denied visas."

"Even officers of the IOC  have had a hand in bringing about this ridiculous situation regarding press censorship. For them, "the games must go on," as former IOC chief Avery Brundage famously said during the 1972 Munich Olympics after Palestinian terrorists had attacked Israeli athletes.  The true spirit of the Olympics is dead  and only the IOC can change that."