Many assumed it was an act. When John Demjanjuk was wheeled into the Munich courtroom on Monday for the start of his trial on charges of helping to murder 27,900 Jews at the Sobibor death camp in 1943, he looked anything but the picture of health. Covered in a light blue blanket, his head was leaning back, his eyes were closed and his mouth open. In the afternoon session, he was even carried in on a stretcher.

His lawyer began proceedings by arguing that the court was prejudiced against his client and, furthermore, that Demjanjuk himself was a victim of the Holocaust, having been forced to work in the death camp. It was a statement that shocked the survivors and relatives of the victims who were watching proceedings in the packed courtroom.

But a second line of argumentation, repeated by both Demjanjuk's lawyers and family is that the 89-year-old is unfit to stand trial. He has been diagnosed with a bone marrow disease and high blood pressure. His court appearances have been limited to two 90-minute sessions per day.

Many, however, aren't so sure. The Süddeutsche Zeitung quoted witnesses saying Demjanjuk was merely acting and the Simon Wiesenthal Center's chief Nazi hunter, Efraim Zuroff, who attended the trial, wasn't buying it either. "Demjanjuk put on a great act," Zuroff told Reuters. "He should have gone to Hollywood, not Sobibor."

Even if guilty, Ukrainian-born Demjanjuk, a Soviet prisoner of war who joined the SS as a concentration camp guard, was only a tiny cog in the Nazi killing machine. Far more senior SS members got off with lenient sentences or were acquitted in Germany in the 1960s and 1970s. Demjanjuk's lawyer Ulrich Busch claimed that he was being put on trial even though he had been forced on pain of death to carry out the work.

In the decades following the war, German justice authorities made the mistake of basing prosecutions on the notion that only the top leaders or the Nazi regime were responsible for the Holocaust, and that the thousands of people who carried out the murderous work were bound by a chain of command and, therefore, had limited culpability.

People like Demjanjuk -- foreigners who helped the Nazis -- weren't even pursued until recently, which is why this trial breaks new ground.

German media commentators say Demjanjuk's low rank is irrelevant, and that the mistakes made by German prosecutors in the past are no reason for Demjanjuk to escape prosecution now -- providing that he remains fit to stand trial.

"In the decades after the war, the justice system converted mass murderers into little helpers. For decades, the prosecution of Nazi criminals rested on the delusion that there weren't many perpetrators in the Nazi state -- just Hitler, Himmler, Göring et al; most of the others involved were supposedly people who were forced to do things that were completely alien to their nature."

"Is this now being reversed? Is the justice system now turning helpers into perpetrators? Are the criminals who were far down in the pecking order now being punished because their commanders got away with it? Are past mistakes now being corrected very late at the expense of the former henchmen of the Nazis? That's the accusation being levelled at the prosecution by Demnanjuk's attorney. But the accusation is wrong. Would it be better to continue minimalizing the Nazi crimes until the last concentration camp guard has died peacefully of old age?"

"John Demjanjuk must be prosecuted if he is fit to stand trial. That's a medical question. And he must be convicted if the charges against him can be proven. That is a legal question. He must be convicted even if other former camp guards weren't put on trial or won't be put on trial. The severity of the punishment doesn't matter. If punishing a sick old man is deemed unreasonable, he should be spared. What's important is that the truth is established."

"Each of these trials is a signal for Germany and the world: The country -- like probably no other -- is taking its historical responsibility seriously. The determined search for the perpetrators and the trials of aged defendants are the result of the decision to remove murder from the statute of limitations. The defense attorney's insistence that a low-ranking henchman is being prosecuted while the commanders were acquitted only indicates that there are no easy answers here."

"The behavior of the defense attorneys of SS henchman Demjanjuk must leave all civilized people bewildered, speechless and disgusted. Saying the defendant is 'a victim of the Holocaust himself' is like killing the murdered victims a second time. What cynicism and coldness. Someone who hounded men, women and children into the gas chambers of Sobibor can never be a victim. Demjanjuk joined the SS and released his brutal urges on defenseless people. No one was forced to join the SS guards in the extermination camps."

"At last, Ivan Demjanjuk is facing his judges. It's belated gratification for his victims and their relatives -- but also for the world's moral and ethical conscience. Every day Demjanjuk spends in prison -- even if it's just a single day -- is a little piece of atonement and proof that we haven't forgotten those that were murdered."

"The trial of John Ivan Demjanjuk is a first. For the first time, a suspected foreign henchman who helped the Nazis commit the genocide of the Jews is being put on trial in Germany. The fact that that is only happening now is an embarrassment to Germany's post-war justice system. Sparing Demjanjuk the prosecution due to his advanced age would have given retroactive justification for the sleepyhead prosecutors of the Adenauer era (editor's note: Konrad Adenauer was West Germany's first chancellor, from 1949 until 1963). As long as Demjanjuk is fit to stand trial, the same applies to him as everyone else, as there is no statute of limitations on murder."

"The public interest in the Demjanjuk trial is a good sign. But this is no Eichmann trial. Demjanjuk, if he's guilty, was just a very small cog in the machinery of the Nazi death factories. Only very few of the Nazi decision-makers were ever held to account for their crimes. That is the true scandal, and even 10 Demjanjuk trials won't change that any more."

"But this trial is groundbreaking. It was the first case where Germany agreed to have a Nazi war crimes suspect extradited from the United States to Germany. There are people like John Ivan Demjanjuk waiting in the US who have been stripped of their US citizenship because they helped the Nazis. They're allowed to remain there because no state is ready to take them. Foreign Minister Guido Westerwelle could send a signal and declare that Germany is ready to allow these men to be extradited here. Then the Demjanjuk trial wouldn't be the last of its kind, but the start of a whole series of prosecutions of similar perpetrators." 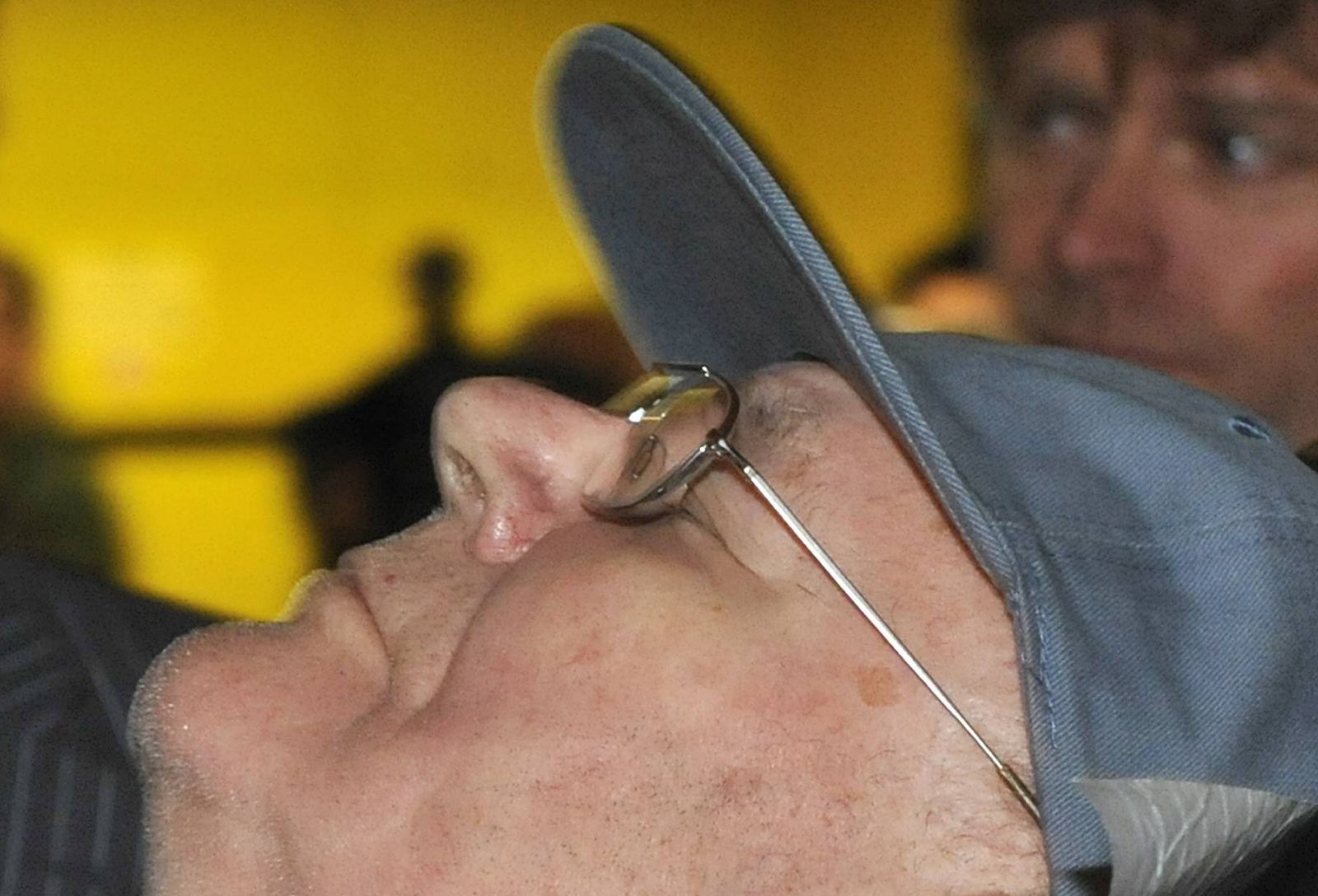 John Demjanjuk came to the afternoon session on Monday on a stretcher.