Many Europeans still give a little shiver when they remember the cold days of January 2009, when Russia turned off the gas taps to Ukraine -- a crucial transit nation for gas between the EU and Russia -- leaving many people in Eastern Europe and the Balkans with no heat. Memories of that dispute have been revived by this week's natural gas spat between Russia and its neighbor Belarus.

On Monday, Russian President Dmitry Medvedev told Gazprom to cut gas supplies to Belarus over unpaid gas debts which Moscow claims are worth around €155 million (around $190 million). The energy giant reduced supplies by 15 percent on Monday and another 15 percent on Tuesday, warning that supplies would eventually be cut by 85 percent if Minsk refuses to pay. On Wednesday, Gazprom CEO Alexei Miller said that gas flows to Belarus had now been cut by 60 percent.

The dispute has become increasingly acrimonious with both sides trading accusations and demands. Belarus denies owing money to Gazprom and has claimed instead that the company owes it €212 million in transit duties.

On Tuesday, Belarusian President Alexander Lukashenko announced Belarus was suspending transit deliveries of Russian gas to Europe. Gazprom, however, has said supplies to Europe were continuing uninterrupted. The company has also tried to reassure European customers by saying it can re-route gas through a pipeline across Ukraine.

The European Union is keeping a close watch on the situation. There are concerns about a possible repeat of the January 2009 dispute between Russia and Ukraine, which caused hardship for millions of European citizens who were left without heating. More than half of the gas consumed in Europe comes from outside the EU, with Russia supplying around a quarter of the EU's gas.

In this case, however, many observers are confident that the dispute will have little effect on Europe. The gas flowing through Belarus comprises only around 6 percent of the EU's needs, and current consumption is low because it is summer.

In a theatrical exchange of insults this week, Medvedev rejected an offer from Minsk to repay the debt in goods. Russia, he said, needed "no pies, no butter, no cheese." Lukashenko retaliated on Tuesday, saying, "When they are trying to insult us with meat chops, sausage, butter or pancakes, we consider it as an insult for the Belarusian people."

German Economy Minister Rainer Brüderle on Tuesday called on the two countries to "quickly and bilaterally" resolve their problems. The situation could not be allowed to break existing contracts with EU states, he said. "We expect that gas supplies to Western Europe will not be affected," said a spokeswoman for EU energy commissioner Günther Oettinger in Brussels.

Russia is Belarus' main ally, but ties have strained over a three-way customs union with Kazakhstan. Belarus wants Russia to provide it with cheaper oil and gas as part of the deal, which is due to come into force July 1. Moscow opposes these demands, and observers in Russia speculate the gas dispute is meant to pressure Minsk into capitulating.

Commentators writing in Wednesday editions of German papers are concerned about the dispute but divided over its significance for Europe.

"Now Russia and Belarus are fighting over gas prices in the summer! Accusations, insults and demands for millions have flown between Minsk and Moscow. ... Meanwhile a suspicious Europe checks the pressure in its pipelines and asks itself whether it will also pay a cost for this spat."

"Eighteen months of truce have passed since the last gas crisis. For 18 months it seemed as though the Kremlin understood just how damaging it can be to leverage its resources for political purposes. This time it apparently wants to force Belarus into a customs union (with Kazakhstan). To European consumers and the European Union, it looks again as if Moscow has sacrificed its business commitments to partners it has had for decades for the sake of short-term political goals. ... Medvedev has recently been tempting the West with the prospect of modernization, a predictable foreign policy and a favorable business climate. And now this."

"The current gas dispute may 'only' involve little Belarus and a small portion of European gas. But doesn't it invoke uncomfortable memories of the cold days of January 2009? Then, too, when Russia turned off the gas to Ukraine, the two governments kept blaming each other for the crisis. Neither that crisis nor the current one is about unpaid bills. In reality, it's all about jostling for political power."

"In the middle sits the European Commission, which is attempting to exploit both sides. ... Fortunately for Brussels, the new dispute has not broken out during freezing temperatures. Europe is vulnerable, and can therefore be blackmailed. That may only be true to a certain extent for Germany, whose national energy companies can guarantee supplies. But for EU members in Eastern Europe and the Balkans, a slightly longer suspension of deliveries of Russian gas would be a disaster."

"Although Europe has been talking about new pipelines such as Nabucco which would reduce its dependence on Russian gas, little has happened. ... Those critics who call for more diversification, whether the European Commission or national governments ... must finally muster up the courage to give gas-producing countries such as Azerbaijan or Turkmenistan clear signals -- so they opt for Europe and not the monopolist Russia."

"One and a half years ago, when Russia turned off the valves of the gas pipelines to Ukraine, Europe trembled. Not just because it was winter and the disruption meant that the heating went out in many Eastern European countries -- most importantly, the dispute suddenly made clear just how dependent the continent is on a reliable gas supply from the east."

"The new dispute which has now erupted with Belarus is less worrisome. For one, the gas flowing through these pipelines comprises only one-fifth of the Russian gas supply to the West -- the remainder goes through Ukraine. Additionally, it is summer, and gas consumption is low while storage facilities are full. Most importantly, people in the West are less afraid because the Russians' market power has decreased dramatically. The recession in Europe has reduced gas consumption. Additionally, the market currently offers gas in abundance, and prices are low. Given this situation, each gas dispute will cost the Russians market share." 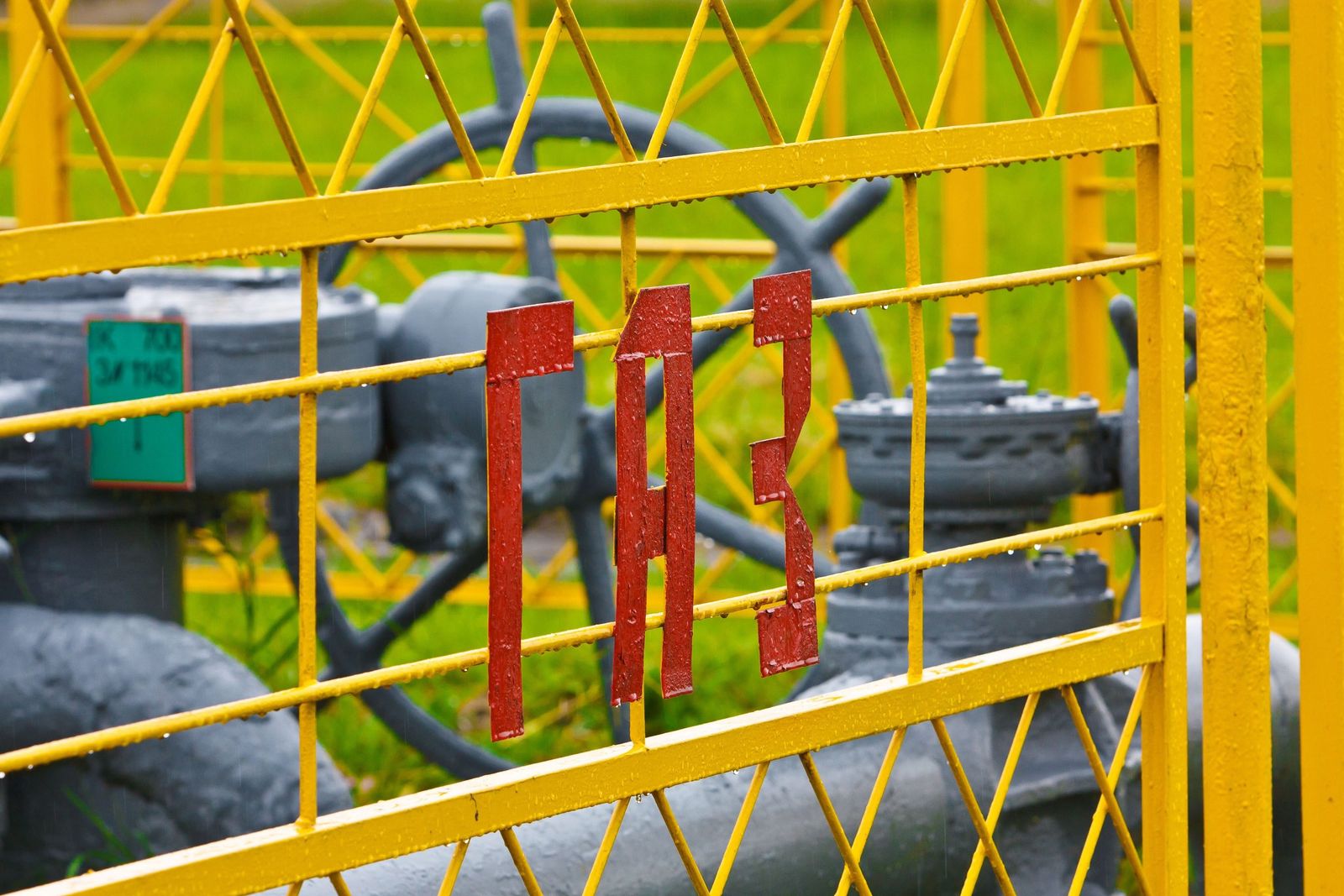 A natural gas pipeline in Minsk: A gas dispute between Russia and Belarus is causing concern in Europe.