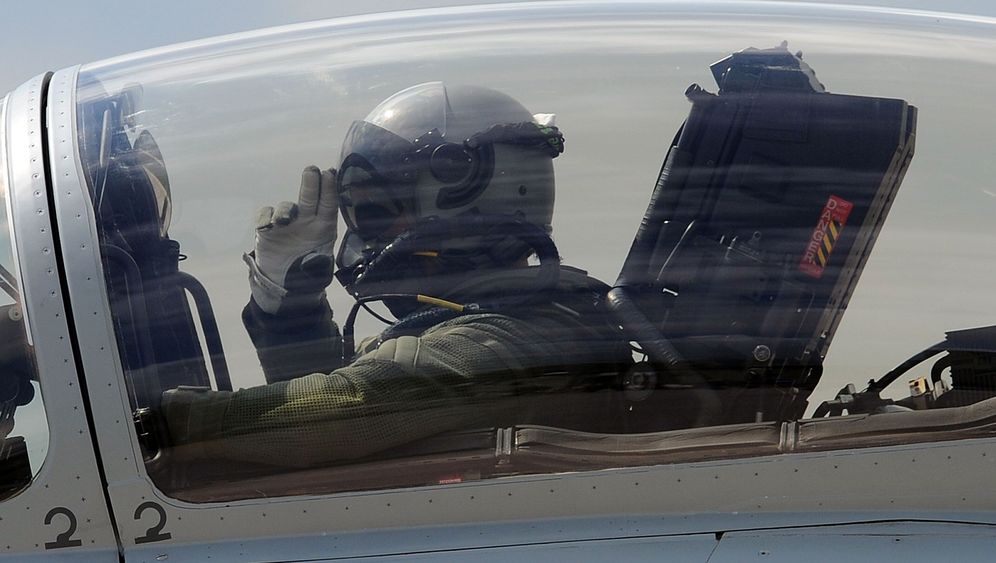 The coalition military operation against Moammar Gadhafi has made good progress toward its goals of destroying the Libyan dictator's air defenses and establishing a no-fly zone over the country. But that, it seems, was the easy part. Far more difficult are the questions of who should now lead the mission and what the operation's ultimate objectives should be.

France has opposed handing control to NATO because of Arab skepticism about the alliance, which is perceived as being dominated by the US. Paris would prefer the current coalition of France, Britain and the US to keep political control of the mission, with operational support from NATO, according to sources quoted by Reuters. Turkey, an alliance member which sees itself as a bridge to the Muslim world, is opposing NATO control of the operation. On Tuesday, Prime Minister Recep Tayyip Erdogan said that the United Nations should be in charge of an entirely humanitarian operation in Libya.

Britain and Italy want the alliance to be in charge of the operation, however. Rome has threatened to restrict access to its air bases, which are crucial to the mission, if NATO does not take over control. US Defense Secretary Robert Gates has suggested that Britain or France could also take control of the mission, but some NATO officials doubt if either country could handle the operation by itself, according to Reuters.

Other allies even reportedly questioned at Monday's meeting whether the no-fly zone was still needed, arguing that the air strikes had already inflicted substantial damage on Gadhafi's forces. Operation Odyssey Dawn began on Saturday following last week's UN Security Council resolution authorizing the use of force against Gadhafi's regime.

Hopes of an Agreement

The NATO Council met again on Tuesday to continue discussing the issue. According to information obtained by SPIEGEL ONLINE, there are hopes that an agreement will be reached in the coming days which would allow NATO to take over operational control for the implementation of the no-fly zone over Libya. Sources in Berlin said there was a chance that NATO Secretary-General Anders Fogh Rasmussen could win the support of all alliance members for such a role.

But it is still unclear whether the NATO members would also support the alliance taking part in targeted air strikes against Gadhafi's troops, something that is allowed under paragraph 4 of the UN resolution, in order to protect civilians. Several NATO countries are concerned that the organization could get bogged down in a drawn-out conflict that might involve ground troops.

Observers predict that Germany will support a NATO involvement, while continuing to refuse to contribute German troops to the operation. Berlin has been heavily criticized for its decision to abstain from the Security Council vote last week, with observers saying the government's decision was motivated by domestic political concerns.

On Tuesday, German commentators take a look at the West's divided approach to the operation, with some warning that the divisions within NATO would only benefit Gadhafi.

"The easy part, strange as it may sound, was the implementation of the no-fly zone. What comes next is in danger of getting lost amid the conflicting interests of the participating countries and the limits of the UN mandate."

"What is the purpose of the operation now? To reduce Gadhafi's power and protect the rebels from his forces? This has already been done successfully. To restore Libya's lost unity? That would require regime change and a ground operation that everyone is rightly wary of, and which is not included in the UN mandate."

"Gadhafi benefits from the fact that he is facing a coalition of the -- more or less -- unwilling. But he must continue to fear the rebels, a collapse of his military power or being assassinated by someone within his own ranks. Until one of those things happen, he will continue to oppress and exploit the part of Libya that is still under his control."

"When the allied powers met on the third day of the operation against Gadhafi's regime, it wasn't a pretty sight: The unity of the first hours of the operation seems to have vanished. While the coalition's military forces send combat aircraft and cruise missiles against Libyan positions, the politicians have nothing better to do than to argue publicly about the meaning and purpose of the operation -- and about who should take over the leadership role."

"The political squabbles threaten to jeopardize the operation and undermine its legitimacy. At the end of the day, the squabbling will benefit the Libyan regime -- and the international community will achieve the opposite of what it actually wanted."

"How can the military operation proceed? There is significant disagreement among the participating Western countries within NATO and the EU, as well as among Libya's Arab neighbors. Should Gadhafi be overthrown? The EU and US President Obama had in fact called for just that, but that is not part of the UN Security Council's resolution authorizing military action. What happens if thousands of tribesmen follow Gadhafi's call and make their way to Benghazi with weapons in their hands? Should they be bombed from the air? And if the insurgents attempt to reclaim lost towns or march on the capital Tripoli, should they then be actively supported with military means? It is becoming clear that none of the participants in the euphemistically named Operation Odyssey Dawn have thought it through to the end, because they are all acting on the basis of domestic political motives and calculations."

"The rejection of military action by Chancellor Angela Merkel and Foreign Minister Guido Westerwelle, and Germany's abstention in the UN Security Council vote, are also primarily motivated by domestic politics and electioneering. As it happens, their concerns (about the operation) could soon be confirmed by events as the Libyan conflict continues to unfold."

"There can be no doubt that what is at stake in Libya is nothing less than regime change. What Barack Obama said weeks ago is still true today: Gadhafi must go. … The UN Security Council mandate does not explicitly mention removing Gadhafi from power, and all the nations involved, including the Arab countries, are well advised to emphasize the protective nature of the operation."

"But just because a goal is not in the mandate does not mean it is wrong. … The mandate is directed against Gadhafi, and it is not intended to work in his favor. Hopefully the biggest impact of the UN resolution will be political. There is a chance that Gadhafi will realize his hopeless situation and go into exile. The United Nations has no interest in watching over a divided state from the air as an arbitrator."

"The prospect that Gadhafi could emerge victorious from the rebellion against his despotism prompted US President Barack Obama to abandon his cautious attitude and support France and Britain's initiative for military action. The German government, however, decided they preferred not to take any risks. Now Westerwelle has tried, rather unconvincingly, to explain why Germany is neither isolated within the EU nor NATO."

"The worrying thing about Germany's abstention in the UN Security Council vote is that the decisive factor was neither solidarity with Germany's key partners, nor efforts to forge a common European foreign and security policy. For that reason alone, Germany should have voted yes, even if it was unwilling to send German planes to Libya."