An ally of Chancellor Angela Merkel this week criticized Israeli government policy in comments that were unusually strong for a German politician. Ruprecht Polenz, a member of Merkel's conservative Christian Democrats and chairman of parliament's Foreign Affairs Committee, warned Israel that it risks "political suicide" if it goes on building settlements in the Palestinian territories. 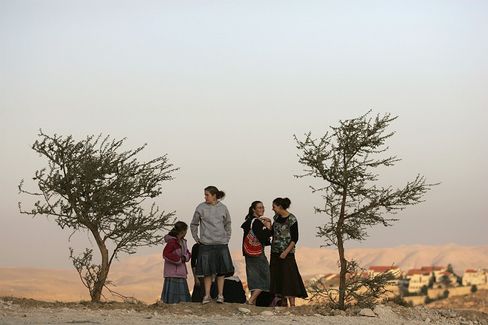 Israeli settlers in the West Bank.

The comment made headlines because mainstream German politicians tend to refrain from outright criticism of Israel given Germany's responsibility for the Holocaust. Merkel has repeatedly stressed that support for Israel is part of the bedrock of German foreign policy.

But media commentators say Germany has a responsibility to warn Israel of the risks of continued settlement building. They say Israeli Prime Minister Benjamin Netanyahu's support for the peace process is half-hearted, and that the prospects for a new Middle East peace process are slim despite US President Barack Obama's support for new initiatives -- Obama and Netanyahu are simply too far apart to achieve significant progress on issues that have proven too tough to crack even when US and Israeli administrations were closer to each other

"It's becoming increasingly clear that the pessimists were right: Israel's Prime Minister and the US President are so far apart in terms of their agendas and interests that they won't be able to avoid the big clash. It's a disastrous starting position for peace prospects."

"The issue of East Jerusalem is of central symbolic significance for Netanyahu as well as Obama. Whoever makes concessions on this issue risks losing his credibility. It's a fact that East Jerusalem is simply non-negotiable for Israelis of all political persuasions. Every Israeli government has insisted that Jerusalem is the eternal and undividable capital of the Jewish state -- including the eastern part annexed after the Six-Day War in 1967."

"Netanyahu, who pledged a tough stance towards the Palestinians before his election this spring, has to remain uncompromising on this issue. But Obama can't afford to give in to the Israelis on the settlement issue."

"It's tragic for the relationsahip between the US and its close ally Israel that the first big conflict between the very different duo Netanyahu/Obama involves the Jerusalem issue. In the past the row over the status of this city was too big to handle even for governments that were politically closer to each other."

"The German government too has expresssed concern over the continuing construction of settlements on Palestinian land. That begs the question more than 60 years after the Holocaust: Is a German government allowed to take that stance? The answer is yes, in fact it must. Such warnings, voiced in a moderate tone but expressed clearly, can increase the pressure without exacerbating the isolation -- especially when they're expressed by Germany."

"Contrary to many countries in the EU, Germany isn't suspected of being biased in favor of the Palestinians. Jerusalem is well aware that concern for Israel is the bedrock of German foreign policy because of its responsibility for the Holocaust."

"Benjamin Netanyahu is more brazen than his predecessors and deserves a more critical response from the US and the Europeans. The Israeli leader is quite openly ignoring the international agreement on a stop to settlement construction and is presiding over new construction in Arab East Jerusalem."

"Neither the US government nor the Europeans should be awed by that. The German government too should adopt a new tone side by side with the tougher Israel policy of the Obama Administration."

"It's true that support for Israel is a fundamental element of German policy, as Chancellor Merkel stresses. But she too seems to be realizing that this doesn't justify unquestioning loyalty to a government whose policy is making any a peace settlement impossible and only sowing new hatred."

"The German government must consider the possible damage it may suffer in other parts of the world if Germany, by constantly pointing to its unconditional solidarity, is perceived as backing policies that have been internationally condemned."