Europe's internal dispute about what to do with the thousands of immigrants from North Africa arriving on southern Italian islands is heating up. German Interior Minister Hans-Peter Friedrich has sharply criticized the Italian government for planning to issue immigrants with temporary visas that would allow them to travel to other European nations.

He said he would make clear at a meeting of European Union interior and justice ministers in Luxembourg on Monday that the plan was in breach of the Schengen agreement under which most EU member states have dropped border controls among each other.

Speaking on Monday in Luxembourg, Friedrich said Germany would respond by beefing up its border controls. France, Austria and Sweden have also criticized the Italian plan. The interior minister of Austria, Maria Fekter, said her country may not recognize Italian papers issued to immigrants from North Africa.

The German states of Bavaria and Hesse have already said they may introduce border checks if Italy grants the refugees visas for the Schengen area.

On Saturday, Berlusconi had called for European help in handling the "human tsunami" of refugees and illegal immigrants. "Europe cannot get out of this," he said during a visit to Lampedusa, the island located midway between Sicily and Tunisia. "Either Europe is something that's real and concrete or it isn't and in that case it's better to go back to each going our own way and letting everyone follow their own policies and egotism."

Some 25,000 people have arrived on Lampedusa in overloaded fishing boats since the start of the year. They are fleeing from political unrest in North Africa and because they see little hope of a quick improvement in their economic prospects.

German commentators say Berlusconi's threat to issue visas to the refugees amounts to blackmail -- but they add that the northern European countries must show solidarity with Italy. In the longer term, the only solution to the refugee crisis can be generous economic aid to Arab nations, to persuade people to seek their fortunes at home rather than in Europe.

Meanwhile, Germany, which angered its Western allies by abstaining in last month's UN Security Council vote on establishing a no-fly zone over Libya, has signalled that it may commit German troops to help protect international aid shipments to Libya. The move, which effectively could bring German forces much closer to the fighting than if they had joined the air and ship crews imposing the no-fly zones, is an attempt by Germany to rejoin the ranks of its Western allies, says one commentator.

"Berlin is rightly outraged that Italy is nonchalantly breaching the Schengen agreement and disposing of the refugees across Europe with temporary residence permits. After the euro Stability Pact wasn't worth the paper it was printed on, the Germans are very sensitive to any attempt to soften other European agreements."

"Italy is resorting to a dirty trick to force Europe to deal with the refugee issue. That is unacceptable blackmail. But Rome is right on one point: The refugees are a matter for the whole of Europe and not just for the Mediterranean countries directly affected. The German foreign minister was among the first to emphatically welcome the Arabian uprising. One can't applaud the freedom revolutions and then slip away when the negative impact of these upheavals appears on the northern Mediterranean coasts. Italy and Malta should not be left alone to pay the price for the pains of a transformation that is in the long-term interest of the whole of Europe."

"What should be done about the refugees that have already landed in Europe? It would be good if the north of the EU showed magnanimity here. A big problem for Italy and Malta becomes a small problem if its is distributed on 27 shoulders."

"You can tell when the CSU thinks it's in its element: when it finds an issue that it's supposedly expert at and has answers to: the refugee problem has always been such an issue. Bavarian Interior Minister Joachim Herrmann and his CSU colleague Hans-Peter Uhl are recommending the reintroduction of border controls in order to protect Germany from refugees from North Africa."

"They should stop pretending to be far-sighted politicians, friends of the EU and promoters of democracy. Because they would be lying if they did so. People who believe they can respond to the upheaval in Arab countries with exclusion and selfishness have lost all sense of the situation and of its dimensions."

"Of course one should discuss with Italy what steps should be taken, whether these refugees are political or economic. But one mustn't give up one's solidarity because of Lampedusa. One has to argue that that the historic opportunity to promote freedom and democracy in a region of despots and dictatorship is worth some investment."

"The investment cannot consist of Europe putting up walls. What is important, even essential, is providing support in building the economy. Only if that happens will people in North Africa gradually realize that fleeing across the sea isn't the only real option."

Conservative Frankfurter Allgemeine Zeitung writes that Germany's offer of military help to protect aid shipments to the Libyan people is a masked attempt to restore its credentials as a loyal Western ally, after it had abstained in the UN Security council vote on establishing a no-fly zone over Libya.

"The civil war in Libya has reached exactly the stage the German government had in mind when it decided not to take part in military intervention: a confusing stalemate with an ever-changing front line. The rebels, despite air support from NATO, are too weak to march towards Tripoli. Gadhafi, after losing air superiority, is too weak to crush the rebellion. Now the EU, which officially is solely interested in protecting the Libyan people, is offering to provide military protection for aid shipments to them."

"The government of Chancellor Angela Merkel is at pains to avoid sending soldiers to a Libyan war. But the German participants of the EU aid mission will get much closer to the war on land than the planes and ships that Berlin refused to send. The label 'humanitarian mission' doesn't change this dangerous proximity. But Germany can use that to gloss over its return to solidarity with its alliance partners." 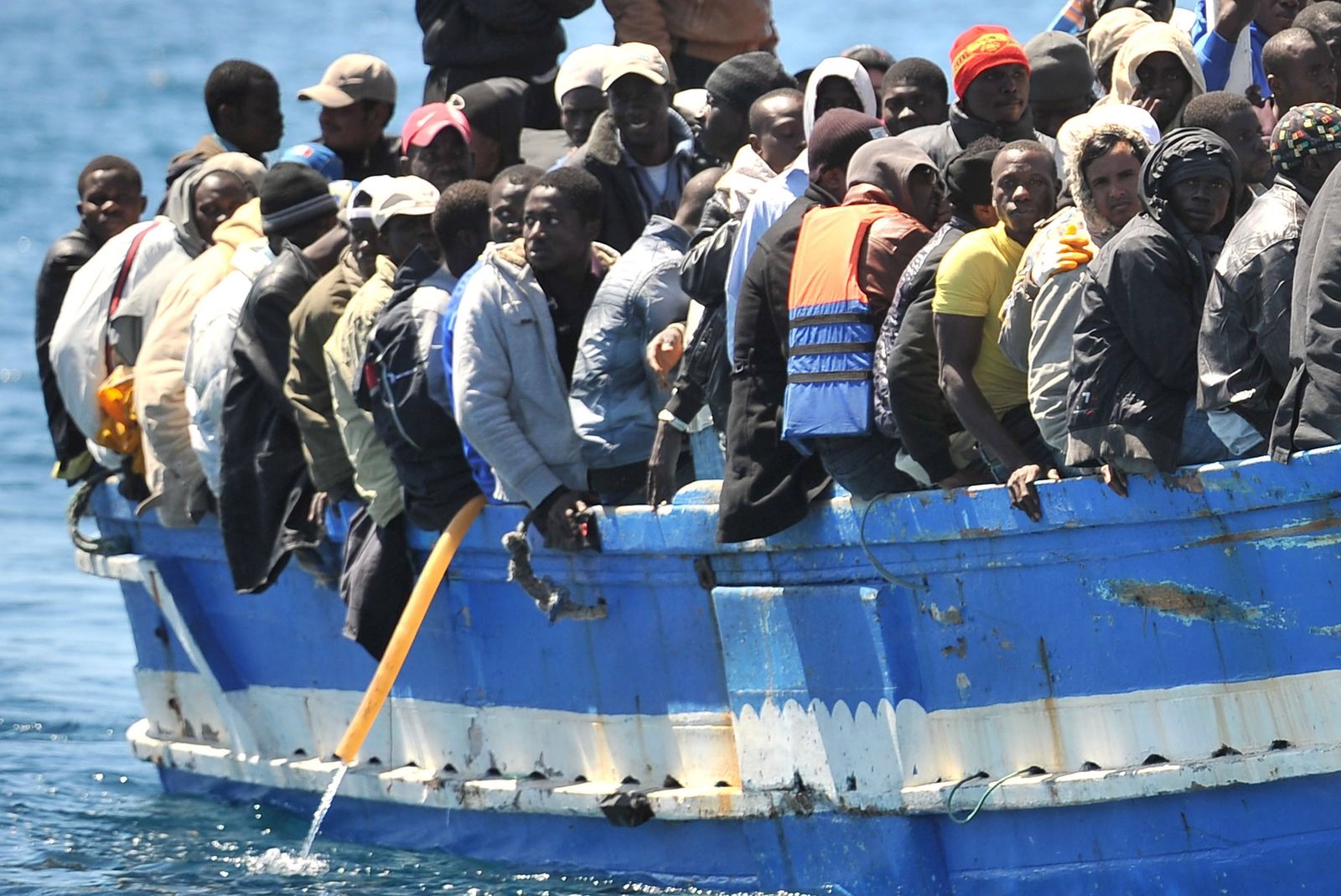 Italian Prime Minister Silvio Berlusconi wants the EU to help with the 'human tsunami' of refugees from North Africa.