After 15 years on the lam, Serbian officials captured Bosnian-Serb ex-general Ratko Mladic. He stands accused of orchestrating the 1995 Srebenica massacre, during which 8,000 Muslim boys and men were killed in what marked the worst mass killing in Europe since World War II.

In the 1990s, Mladic was military chief of the Bosnian Serbs, who tried to ethnically cleanse parts of Bosnia and Herzegovina to create a "Greater Serbia" of ethnic Serbians. He is wanted by the War Crimes Tribunal for the former Yugoslavia in connection with allegations that he committed genocide, war crimes and crimes against humanity between 1992 and 1995. Officials in Serbia said Thursday that he would be extradited to the Netherlands, where he has been indicted by the Hague-based international court. 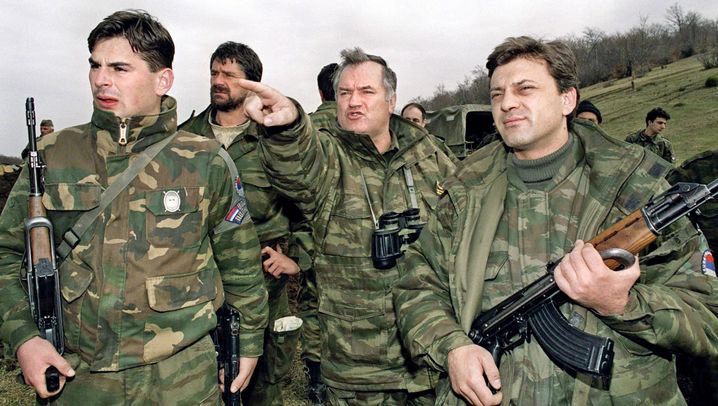 Photo Gallery: The 'Butcher of Bosnia'

"We ended a difficult period of our history and removed the stain from the face of the members of our nation wherever they live," said Serbian President Boris Tadic as he announced the 68-year-old fugitive's capture.

Mladic's arrest had been set as a condition for eventual Serbian membership in the European Union, though family members had long claimed he had died. It is widely expected that EU membership procedures will now be expedited for Serbia following Thursday's development, and President Tadic said he hoped a door to the EU would be opened.

EU foreign policy chief Catherine Ashton on Thursday greeted the arrest and urged Serbia to quickly extradite the war crimes suspect. "This is an important step forward for Serbia and international justice," she said in a statement. "Full cooperation with the International Criminal Tribunal remains essential on Serbia's path towards EU membership."

In Germany, Chancellor Angela Merkel said the long-overdue arrest was good news for Europe. "Mladic bears a large amount of guilt for a particularly dark and tragic events in the Balkans region," she said. Foreign Minister Guido Westerwelle said his thoughts were with the families of the Srebenica victims. "One of those suspected of being their worst tormenters can now be held accountable," he said.

In Friday's papers, some German commentators express relief over Mladic's capture, calling it a victory for international justice. But others warn that Serbia still has a tough journey ahead before it will be accepted as an EU member state.

"The charges against the Balkan soldier -- after the years of siege on Sarajevo, after at least 100,000 dead in the Bosnian War and after the Srebenica massacre where 8,000 were murdered -- began a new era. Out of the horror a concern for the greater good emerged, one for global justice and humanitarian intervention."

"But it is critical to look at how the principles that began with the charges against him now stand on the day of Ratko Mladic's arrest. Srebenica, the general's worst crime, changed the world 16 years ago ... Srebenica stands for intervention. The approach now, and not just in Germany, is hands-off. After the tough wars in Afghanistan and Iraq, military intervention is rejected as too dangerous, too lengthy and too costly. For these excuses there is some justification -- but they must not put in question the principle that the strong should protect the weak, no matter where that may be."

"Mass murders must be prevented, mass murderers must be stopped. This is the most important lesson of Mladic's bloody deeds. And if another criminal like him is caught in the future, or even much later, and can be tried in a court, so much the better."

"Mladic's arrest cannot reverse his crimes, but the day documents Belgrade's willingness to confront the dark parts of its past."

"This is indeed only the beginning. Mladic's arrest was not an advance payment by Serbia for EU admission, as some Belgrade politicians are saying. Instead, it settled a long overdue Serbian debt. As soon as the satisfaction of the big catch fades, the other hurdles on the way to the European Union will come to the fore. Above all Belgrade must find a solution for dealing with Kosovo."

"The mass murder of July 1995 stirred up public opinion and brought the Bosnian War to its turning point … But the West is not without fault for the massacre for which Mladic must now answer to The Hague. Srebenica had been declared a UN-protected zone. There are real suspicions that the West willingly tolerated the Srebenica incident in expectation of a divided Bosnia, which the Dayton Agreement would later solidify. Enclaves can only make problems when it comes to creating clear borders."

"None of this lessens Mladic's guilt the slightest bit. His arrest is an encouraging signal for a world justice that is slowly being asserted, that in the sense of general prevention could deter some warlords or dictators in the long run. But above all, it is overdue satisfaction for the traumatized relatives of the Srebenica victims."

"This is a good day for justice … It also opens a door along Serbia's path into the EU."

"Without Serbia the admission of every other country in the West Balkans would be incomplete, and without the delivery of Mladic the acceptance of Serbia would be unthinkable. But it will be a long time before the young Balkan nations that came out of Yugoslavia's bloody collapse find their happiness in the heart of the EU. While Slovenia is already a member of the EU, the decision over Croatia's acceptance, expected by late June, continues to be delayed. Not to mention the European fates of Macedonia, Bosnia-Herzegovina, Montenegro, Serbia and Kosovo, which hasn't even been recognized as a state by some EU nations."

"Still, Mladic's arrest opens the way to negotiations over the needed further convergence of the Balkans with the EU."

"The arrest of Serbian General Ratko Mladic closes the darkest chapter of Europe's postwar history. The war that tore Yugoslavia apart, the massacre in Srebenica and the years of siege on Sarajevo didn't just highlight the destructive power of nationalist ideologies in Europe. They also stand for the failure of European foreign policy."

"The willingness of the Serbs to extradite the erstwhile "war hero" Mladic is proof that the post-Yugoslavia society wants to begin a new chapter. Naturally a number of conflicts remain unresolved. Without the international community Bosnia-Herzegovina is just as incapable of survival as Kosovo. But there are clear efforts to achieve a future together in Europe instead of getting stuck in the sectarian conflicts of the past."

"This shows that the EU as a guiding framework is particularly successful if it offers the chance of a better future through the possibility of membership. Europe's soft power stems from the promise of a better life. And that is a more attractive message than that of mass murderer Mladic after all." 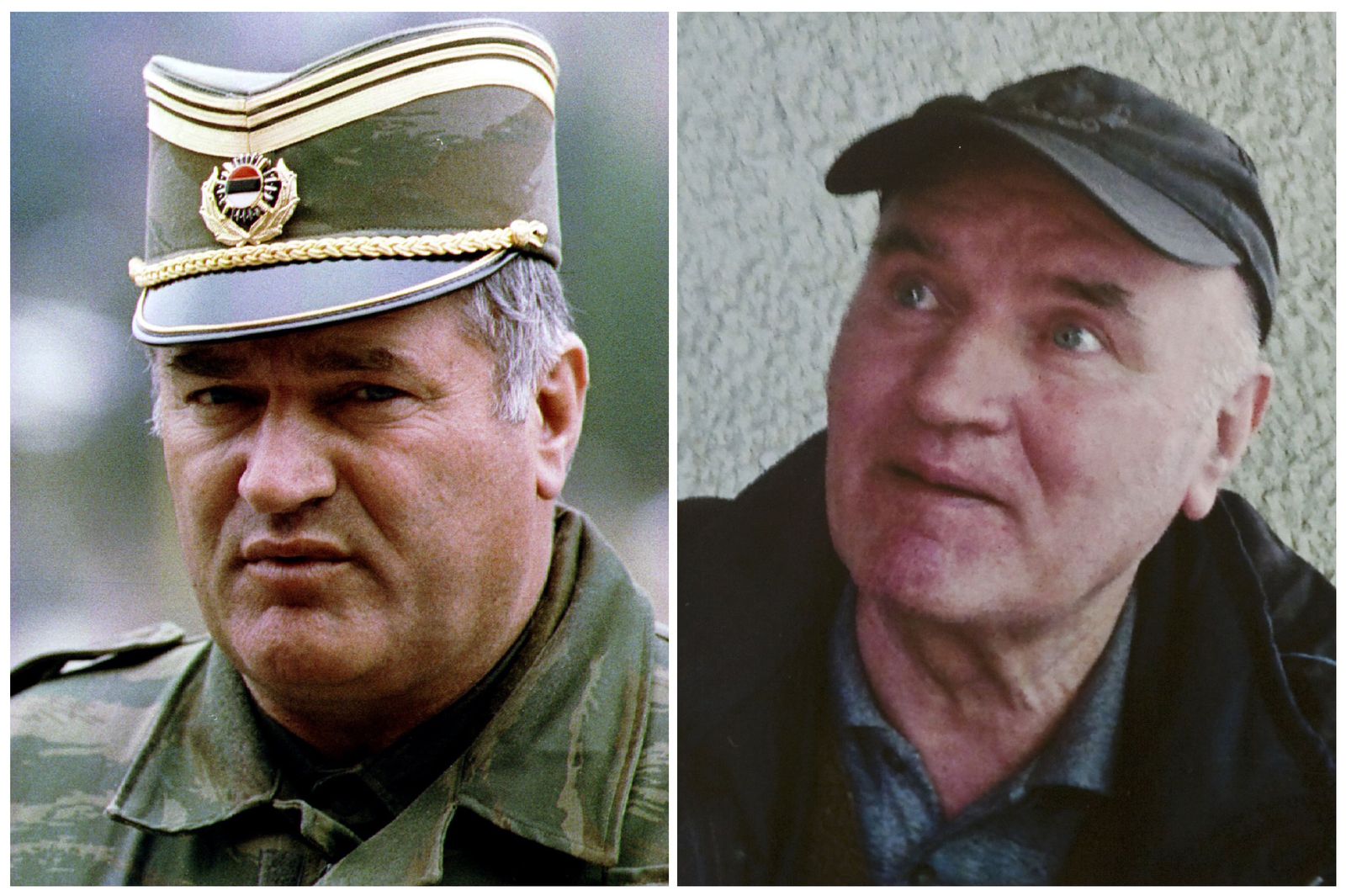 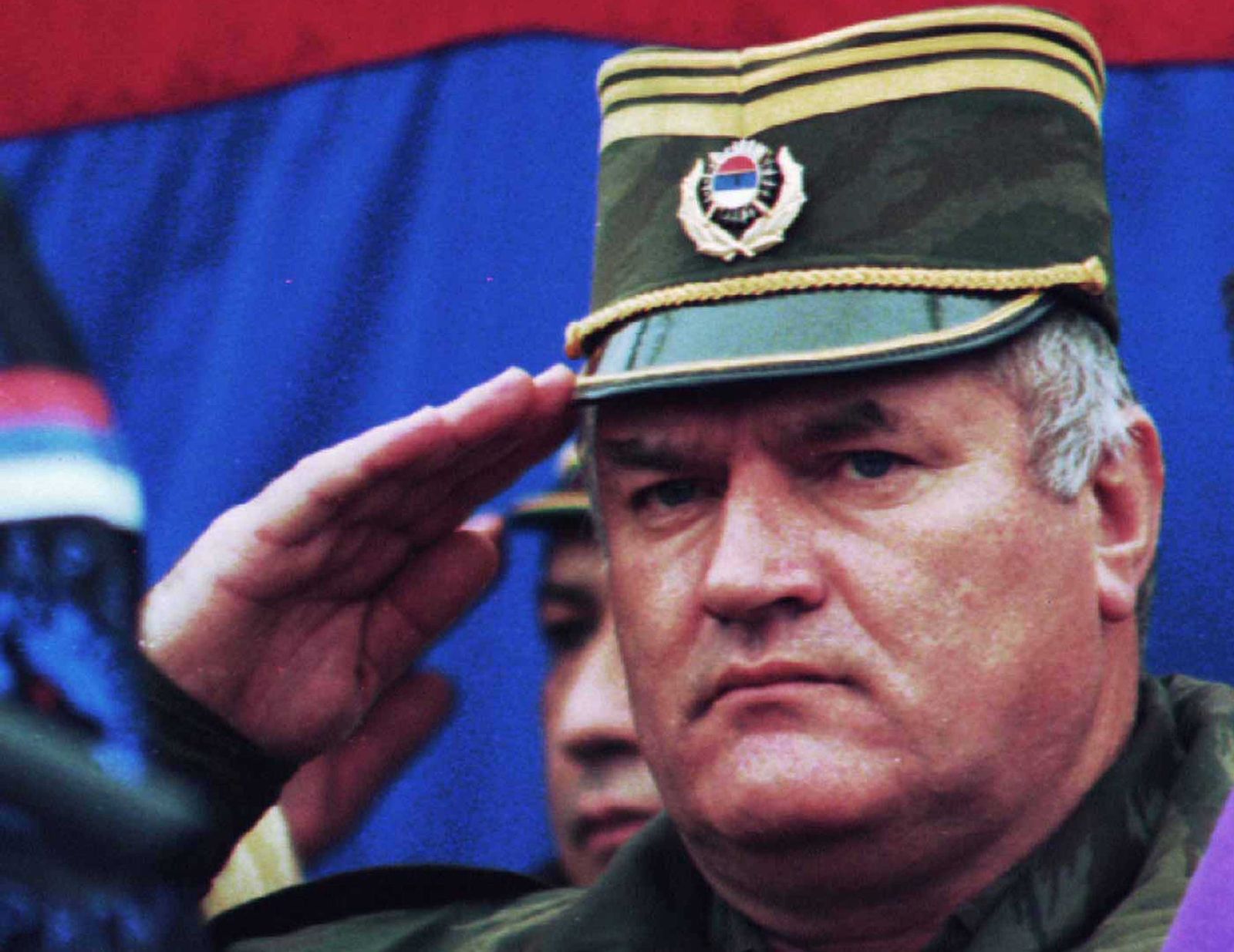 It took 20 years for Mladic to be promoted to general in the Bosnian Serb Army.