It has been over a decade since NATO, the Western military alliance, presented its last mission statement. Back in 1999 the Cold War was still a raw memory and the Sept. 11 terror attacks had not yet led to NATO's embroilment in Afghanistan. Now, facing a host of new potential enemies and challenges, the alliance is working on a brand new strategic concept.

On Thursday the defense and foreign ministers of the 28 member states gathered in Brussels to discuss the draft of the mission statement to be adopted at the next NATO summit in November.

NATO Secretary General Anders Fogh Rassmussen said that the alliance was moving toward approving an anti-missile system that would protect Europe and that he hoped that Russia would cooperate on creating the shield, designed to protect Europe from possible missile attacks from the likes of North Korea or Iran. The system replaces an American plan, conjured up by the former Bush administration, to station missile defense systems in Eastern Europe, a project that drew the ire of Moscow and annoyed many of Washington's allies.

There are still some outstanding tensions over the new shield, with nuclear-armed France in particular warning against seeing it as a replacement for the existing nuclear deterrent. That puts Paris at loggerheads with Berlin, which is very much in favor of promoting nuclear disarmament. Ahead of Thursday's meeting, German Foreign Minister Guido Westerwelle had made the disarmament issue -- and the desire to rid Germany of the remaining US nuclear warheads -- an important component of his foreign policy.

On Thursday, however, US Secretary of State Hillary Clinton came out against removing the US's remaining 200 nuclear weapons from Europe and she insisted that as long as nuclear weapons existed, NATO must remain a nuclear alliance. Clinton also called for closer cooperation with Russia and said she hoped President Dmitry Medvedev would attend the November summit in Portugal.

The German papers on Friday take a look at NATO's new approach and challenges.

"The optimistic tone that accompanied the meeting of defense and foreign ministers from NATO's 28 members was meant to indicate that everything in the Western alliance is going splendidly. In recent years, disputes over expansion, deployments outside the alliance's area and new threats had led NATO to lose clear sight of what its purpose was. Now, an end to the identity crisis has been declared. NATO, though, will only be successful via a determined return to the familiar: mutual defense."

"The alliance's new strategic concept bears the unmistakable mark of US President Barack Obama. NATO should serve collective defense and strive for trusting cooperation with Russia -- including a joint missile shield -- and, a novelty, the possibility of disarmament and exploring civil forms of conflict prevention."

"France, however, will not be talked into or pressured into giving in on nuclear disarmament -- a favorite topic of the German foreign minister."

"There is one thing that NATO no longer wants to be: the world's policeman. The discussions about whether the alliance would mutate into a global sheriff are over. The disastrous engagement in Afghanistan, that is only being continued to save face, has brought this lingering discussion to a rapid end. The alliance is sticking to its core task: guaranteeing the defense of the alliance members."

"NATO has given itself plenty of time to come up with a new strategic concept. It will be decided at the summit in November…. The foreign and defense ministers have already largely agreed on a draft paper; thus clearing an important hurdle."

"The ease with which this happened is largely thanks to the American president. Obama had already removed the biggest barriers. The idea of an American missile defense system anchored in bilateral agreements with individual European countries chosen to host parts of the shield is off the table. It is now about NATO's mutual defense system. … It is good to see that Berlin now speaks with one voice: Foreign Ministry reservations could apparently be eliminated, because of the link made with disarmament and the signal of cooperation with Russia."

"There remains the thorny issue of the anti-nuclear impetus fuelled by Obama's vision of a free world without nuclear weapons. That worries France in particular, which sees its minimum deterrent (and its international status) threatened. Foreign Minister Westerwelle would be well advised not to continually push at France's sore point."

"The work on the alliance's new strategic concept creates a picture of harmony. The new mission statement is supposed to lay out the meaning and purpose of NATO at the beginning of the 21st century. There are still debates about how best to define the policy towards Russia or the issue of how far France, as a nuclear power, is willing to go when it comes to nuclear disarmament. Yet, thanks to the clever direction of the secretary general, there was no major conflict."

"The value of this new strategy is, however, limited. … The world is changing rapidly. At the moment relations with Russia are relatively relaxed. But they won't necessarily stay that way. And the biggest challenge, namely China, is not mentioned at all in the document. Even if the NATO members are so fond of each other at the moment, one must not forget that they have long reached the limit of their capabilities in Afghanistan. If they come home even more damaged from this war, then a new self doubt will spread throughout the alliance. No strategic concept is going to help with that." 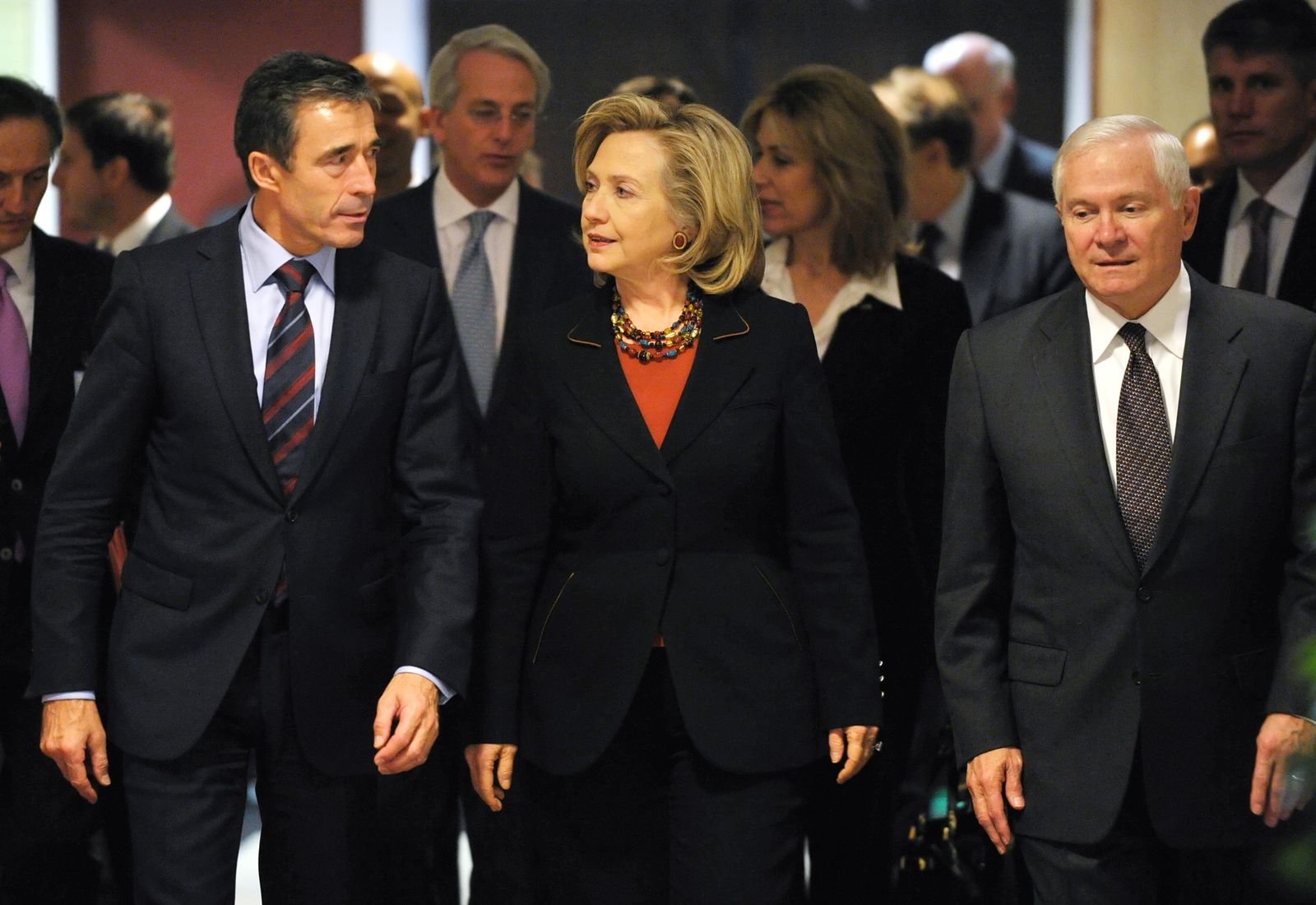