The nuclear accident at Japan's Fukushima plant following Friday's earthquake and tsunami has led to anxious questions in Germany about the safety of its own nuclear reactors and is putting the government under intense pressure to rethink its decision to extend plant lifetimes by an average of 12 years.

German media commentators across the political spectrum are saying the accident in a highly developed nation such as Japan is further evidence that nuclear power isn't safe. One commentator in the conservative Die Welt went as far as to liken the global impact of the Fukushima explosions to that of the 9/11 terrorist attacks. 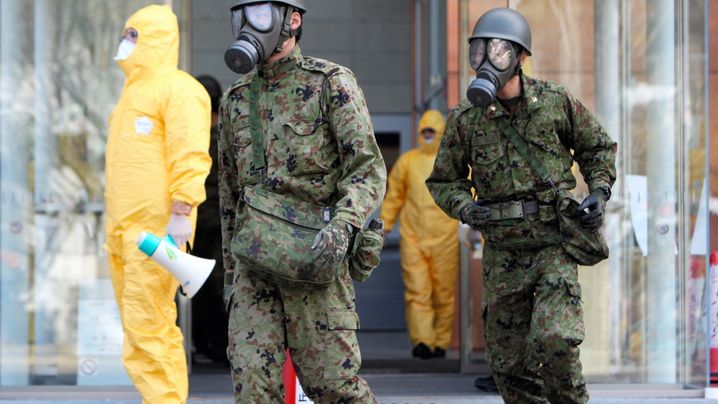 Chancellor Angela Merkel's coalition of conservatives and the pro-business Free Democratic Party (FDP) reversed the planned phaseout of the 17 nuclear reactors by 2021, amending a decision taken by a previous center-left government in 2002 to end nuclear power generation in Germany.

She argued that nuclear power was needed as "bridge technology" to ensure the supply of affordable power as Germany converts to renewable energy generation. She plans to increase the share of renewable generation to 80 percent by 2050, from a current level of only 16 percent.

A majority of Germans are opposed to nuclear power and the Fukushima accident is becoming a campaign issue ahead of state elections, the most important of which is being held in the conservative-ruled and wealthy state of Baden-Württemberg on March 27. Merkel's Christian Democratic Union (CDU) party has held the state since 1953, and a defeat would be a major psychological blow to the chancellor and her party. 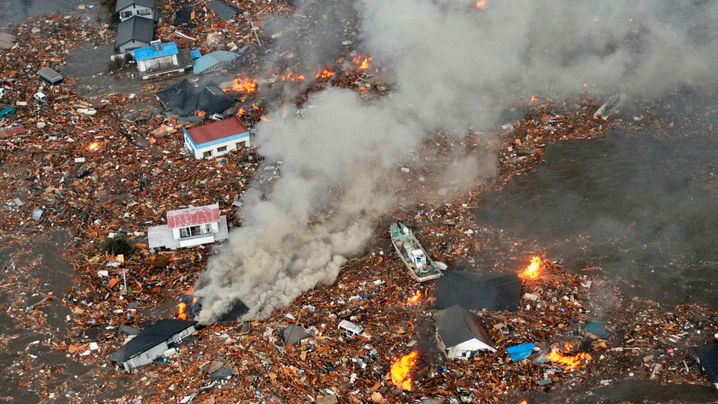 It would also make it harder for her to pass legislation because the opposition parties would gain power in the country's upper legislative chamber, the Bundesrat, which represents the interests of the states and has the right of co-determination on many important laws.

On Monday, support in Merkel's coalition for extending nuclear lifetimes started to crumble. Foreign Minister Guido Westerwelle, the leader of the FDP, called for a safety review at all German nuclear plants. Power stations whose cooling systems were found to lack multiple safety levels would have to be switched off "until the situation is totally clear."

Other members of the coalition have also been calling for a rethink.

"The events in Japan, which geographically couldn't be much further from Germany, will influence politics in this country. They could soon start changing majorities and make governing even harder for the center-right coalition. The decision it made on nuclear power in September 2010 could be its undoing."

"There are few issues that can fire up people's emotions and mobilize them politically as much as nuclear power can. That's not good news for a government that supports nuclear power. Especially ahead of important regional elections, which won't affect the balance of power in national politics but which could well influence the morale of party workers to preserve that power."

"It's not good news because in the end, for example in Baden-Württemberg, it will only take a few percentage points more or less to determine the election outcome. Doubts among the supporters of the conservatives or the FDP could keep a few thousand voters from the ballot boxes -- or drive them into the arms of the center-left parties."

"For Merkel, it is hard to imagine a greater accident at present than the loss of a CDU governor in Baden-Württemberg."

"The safety precautions (at the Japanese nuclear plant) weren't just insufficient; the operating company TEPCO systematically breached them, as the government ascertained in 2002. TEPCO falsified security reports in more than 200 cases."

"Japan is a democracy, but so far the control of the government by the voters has hardly worked. Things only got a little better after the Democratic Party came to power two years ago. Before that, the often incompetent and corrupt governments were never voted out of office. The perestroika that Japan so urgently needs has scarcely begun."

"The unpopular government of Prime Minister Naoto Kan has been on the brink of collapse in recent weeks. It seemed paralyzed, distracted, disoriented and divided. Now it has to lead the country through what may be its worst disaster since 1945. Can it? In the Soviet Union the Chernobyl disaster accelerated the downfall of a broken, paralyzed political system."

"It was always said that danger only came from rickety old reactors in former Eastern Bloc states -- while conveniently ignoring that Sweden, France or the United States kept on narrowly avoiding maximum credible accidents. The disaster of Fukushima has made clear: There are situations in which even triple safety systems fail."

"The weak argument offered by the nuclear lobby that Germany isn't prone to heavy earthquakes and tsunamis doesn't apply. If a chain of serious events and stupid coincidences cause prolonged power outages, if the access routes are blocked or if the control room is destroyed by a plane crash, German reactors too will overheat. "

"The earthquake of March 11 was no terrorist attack. But its political and psychological consequences will be as great as 9/11 because it has shown what a terrorist attack on nuclear plants would look like."

"The photos of burning buildings being swept away are disturbing enough, but nuclear power makes the decisive difference. The shockwave that went out from Fukushima may have only reached three kilometers in physical terms. But in mental terms it went around the whole world."

"Chernobyl was a special case. Nuclear energy was viewed with suspicion but it was accepted as long as modern democracies harnessed it with security precautions."

"That is over now. Faith in redundant, coincidence-proof security precautions has been wiped out by Fukushima. The high-tech democracy Japan has shown what could happen if an Internet attack on German or French nuclear reactors were to happen as it did with the 'Stuxnet' program against the Iranian nuclear program. Or if a determined, technologically skilled terrorist group were to seize control of a power station. One knew it before. Seeing it has made the difference."

"It seems inappropriate to criticize the information policy of the Japanese government. Some of its statements may seem a bit overly reticent, but one should allow a government the right not to descend into speculation about all the theoretically possible scenarios. People are already being inundated by enough of such speculation."

"Japan has always been at the forefront of disaster relief efforts in other parts of the world. That is why the country now has at least a moral claim to assistance from its friends. People abroad may find it irritating that the country will probably have to keep on using nuclear power in the future. But this isn't the time for know-it-all advice. One should imagine what would have happened if a reactor in a country with less rigid safety standards had been subjected to such an earthquake."

"The nuclear accident is giving even firm supporters of nuclear power cause for thought, because the unthinkable happened in Fukushima. But even if we wanted to, we couldn't switch off all nuclear reactors overnight. Because the lights would literally go out. The maximum credible accident of Fukushima forces us to check the safety standards of our nuclear power stations. And to think harder about the quickest possible way to get out of nuclear power generation."

"The Japanese tragedy will dramatically change the debate over nuclear power. But the issue is too serious to start fanning people's fears in election campaigns. It may be tempting for campaigners to go out hunting for votes with the suffering of the Japanese. But that would be shabby, pitiful and repellent."

"This hasn't hit a run-down Soviet reactor, a badly constructed Russian plutonium machine which supplied the army with material for their nuclear weapons, as was the case with Chernobyl in 1986. Then and ever since, the builders of nuclear power stations in Europe, North America and Japan boasted that a serious accident could be virtually ruled out thanks to superior Western nuclear technology."

"Every country -- Germany, the US and Japan -- claimed to have the world's best reactors. Everything was secured several times over, all conceivable problems could be handled, all eventualities were prepared for, they said."

"The disaster at Fushima shows: It's simply not true."

"It is unlikely to be a coincidence that it was an old reactor with a design from the 1960s that got into trouble. The technology of this type of plant, which also operates in Germany, is outdated. Its safety level is significantly below that of modern nuclear plants, they wouldn't get construction approval these days. The accident has reinforced the lessons to be drawn from this: The plants that were originally intended for a lifespan of 40 years must not have their lifetimes extended, as is being done everywhere both in the West and the East -- because it yields major profits for the operators."

"On the contrary: the old reactors in particular must be taken off the grid as soon as possible. Germany realized that more than a decade ago, when the center-left government negotiated the nuclear phaseout with the power companies. For the center-right risk prolongers in Berlin, Fukushima is the writing on the wall, whether they're ready to realize that or not."

"The radioactive fallout from Fukushima won't hit Germany, but the political fallout has already arrived. People are alarmed and there is major uncertainty about 'peaceful' nuclear power, not just among diehard anti-nuclear campaigners." 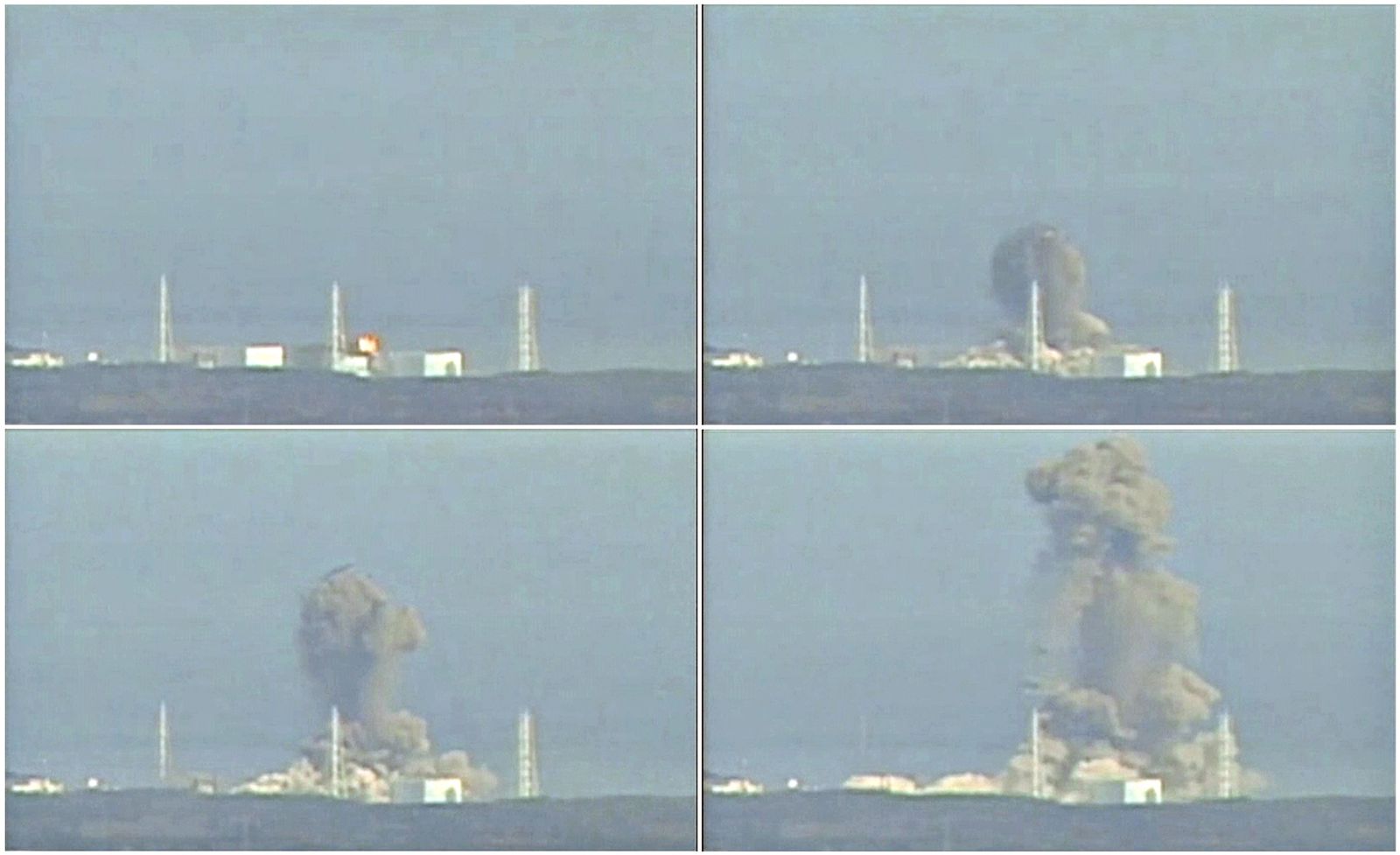 A combination photo showing an explosion at the Fukushima Daiichi plant on Monday.