Even a few weeks ago, it was considered impossible that the Tea Party favorite Christine O'Donnell would win the primary in Delaware. She was long seen as being too far to the right to woo enough votes. On Tuesday, such predictions were consigned to the trash when O'Donnell beat a veteran congressman to secure the Republican nomination in the Delaware race for the US Senate.

In the Delaware primary, O'Donnell got 53 percent of the vote, ousting Mike Castle, a long-standing politician who has represented his party as a state governor and in Congress.

"The people of Delaware have spoken. No more politics as usual," O'Donnell told enthusiastic fans after results came out. "The cause is restoring America."

In the weeks running up to her victory, O'Donnell gained publicity with endorsements from Sarah Palin, the former Republican vice presidential candidate, and the National Rifle Association.

Recent weeks have brought a string of successes for the Tea Party. In another boost to the grassroots movement, Carl Paladino, its candidate in New York, surprised pundits by wining the Republican nomination to run for governor in November.

The Tea Party movement has enjoyed a comet-like rise since last year. It provides a haven for voters for whom the mainstream Republican Party is not conservative enough, and its popularity is widely attributed to dissatisfaction with US President Barack Obama and frustration with the lackluster US economy. Many observers expect its rise will force the Repubican Party to move further to the right.

On Thursday, German editorialists look at what the latest victory means for US politics.

"The spectacular successes of the grassroots conservative movement could turn out to be a political boomerang for the opposition Republicans, whose chances for the midterm elections were looking good or even very good. The Republicans will now be drawn further and further towards the right, meaning that they will no longer be an option for non-ideological voters who are disillusioned with the Democrats. In this way the Republicans could jeopardize their own future success. The Democrats' best campaigner isn't Obama, but rather the anti-establishment front of its opponent."

"This sort of nomination is intended as a putsch against the Republican establishment, but it doesn't solve the Democrats' problems. They are threatened by a massive loss of support in the midterm elections, where the whole House of Representatives and a third of the Senate and a large chunk of the governor posts are up for grabs. But the Republicans' goal is to regain the majority in both houses of Congress. If they fail to accomplish this double whammy, the Democrats can breathe a sigh of relief."

"Glen Beck, Sarah Palin and the Tea Party are part of an opposition movement outside of Congress which is moving mountains. This is a revolt against 'Obamaism,' which is seen as representing big government, more taxes, a higher deficit and not enough 'Americanism.' Day by day, it puts more and more pressure onto those at the top."

"In the US, people ... spend time and money supporting the Republicans. Unlike in Germany, in America, which never had a Hitler, being 'right-wing' is not taboo. 'Right-wing' represents Reagan, religion, the free market, individualism, patriotism and small government. In reality, it is an impossible mixture: National pride, God and tradition are conservative 'us' values. The profit motive, competition and a weak state are 'me-first' sentiments ... . But this mixture of conservative values and neoliberalism works well in America, where it transcends social class -- that's the difference to Germany."

"The success of the Tea Party candidate Christine O'Donnell does not bode well for the Republicans, nor for the Democrats (even if they see it differently at the moment), nor for the whole American political machine."

"Obama has underestimated the frustration in the country and the power of the Tea Party movement, which gives the prevailing disillusionment a platform and a voice. It is by far the most vibrant political force in America. Obama's left-of-center coalition, which got young people and intellectuals involved and which appealed to a majority of women, blacks and Latinos, has evaporated into nothing."

"The new right, though, is on the rise. It sets the agenda. America is facing a shift to the right. The Republicans have already marched in this direction of their own accord, regardless how many Tea Party reactionaries get a seat and a voice in Congress in November. The Democrats and the president have been put totally on the defensive. From now on they will only be able to react, rather than act." 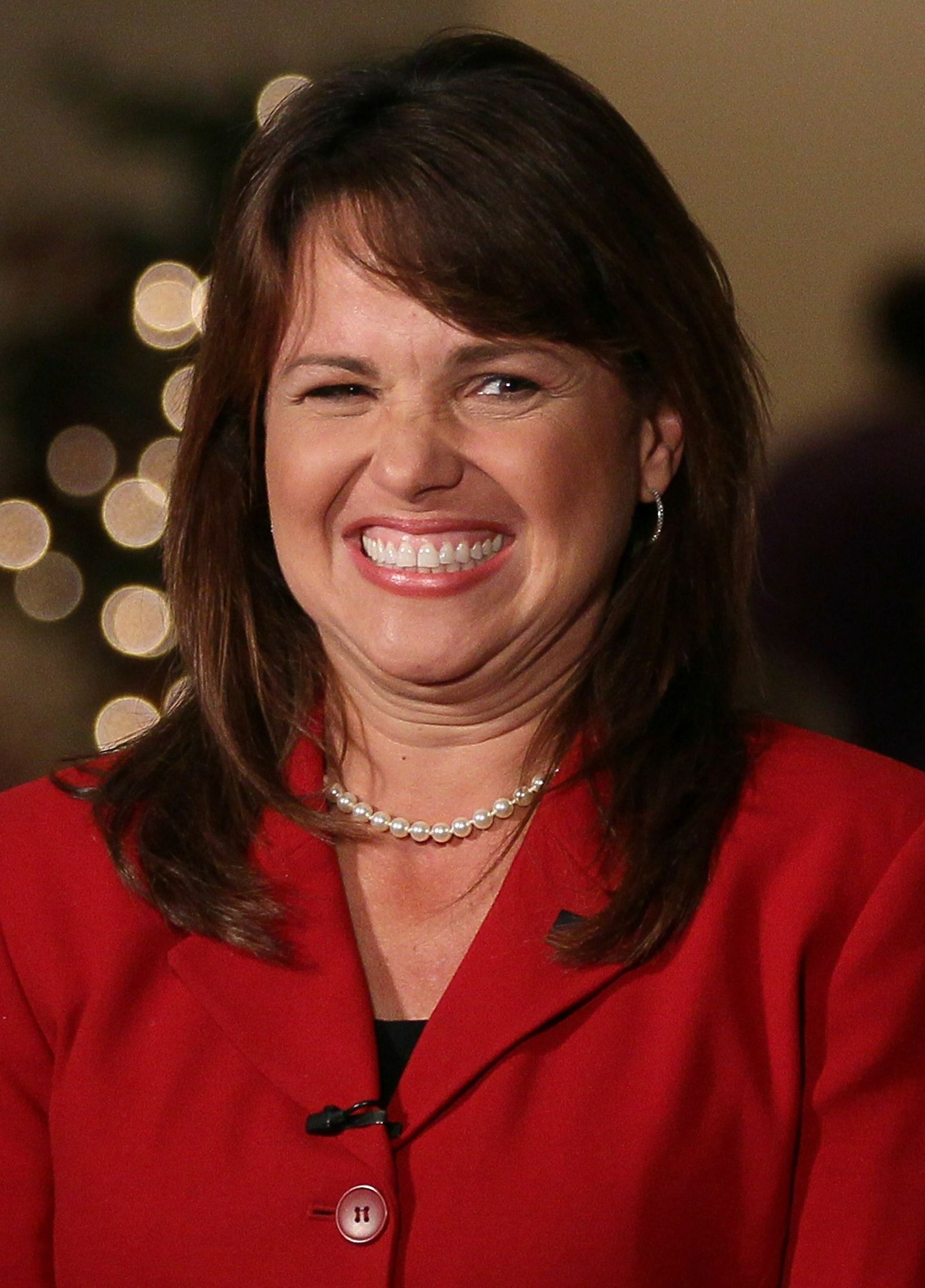 Smiles for the camera: The Tea Party's Christine O'Donnell won the Republican Senate primary in Delaware.