The Dutch government collapsed on Saturday in a dispute over the country's military presence in Afghanistan, and the Netherlands now face a new election that is widely expected to seal the pullout of 2,000 Dutch troops this year.

Christian Democratic Prime Minister Jan Peter Balkenende declared the coalition was over on Saturday after he had failed to secure backing from his coalition partner, the Labour Party, to extend the Dutch mission beyond August 2010, when it is due to end.

NATO had asked the Dutch to stay on longer. A total of 21 soldiers have died since the Dutch force was deployed to the southern province of Uruzgan in 2006. The mission has become increasingly unpopular in the Netherlands, where many feel the country has done enough.

The Dutch ruling coalition had never been a happy one and there had been other factors dividing it. But Afghanistan had been the biggest fault line. The Dutch government is the first to fall over the Afghan mission, and German commentators say it shows NATO's alliance is crumbling.

The Afghan mission is unpopular across Europe and other governments will get into trouble too if they keep on ignoring public concern, say editorial writers at leading German commentators.

The Dutch withdrawal is expected to fuel public debate in Germany, which has over 4,000 troops in Afghanistan. The mission has become even more controversialsince an air strike ordered by a German commander on two hijacked fuel trucks in the northern region of Kunduz killed several civilians, possibly dozens, in September 2009.

Some 1,500 people demonstrated in Berlin on Saturday against Germany's plan to increase its troop numbers in Afghanistan by up to 850 in response to NATO's requests for more troops to assist the US-led troop surge. Nevertheless, the troop increase is widely expected to get the necessary backing of parliament in a vote this Friday.

"The alliance no longer seems able to muster and preserve the unity without which the war will scarcely be winnable. The political home front is crumbling at a time when the alliance is making a tremendous military and political effort to turn the situation in Afghanistan in its favor.

"This shows that the public and politicians are losing patience with the Afghanistan mission. The political class is now, for the first time, prepared to take the consequences. The Dutch government is the first to have stumbled and collapsed over the war. It is uncertain whether the war will hit other governments. Other NATO countries also have broad and in some cases overwhelming public majorities for a withdrawal of their troops or of all foreign troops from Afghanistan.

"It is only a matter of time before the pressure in other capital cities becomes so great that politicians will be forced to choose between staying loyal to the alliance and their own political survival. Democracies can only wage war as long as they have a sufficiently stable political and social consensus for the mission. If it breaks down, many capital cities will face the same problems as the Dutch.

"The writing is on the wall. If NATO doesn't soon outline a clear plan for its withdrawal, more and more national governments will organize their own pullout in response to public pressure. Even at the cost of doing lasting damage to the alliance."

"The collapse of the government in The Hague could open the European floodgates. Madrid, just like Berlin, can no longer sell the Afghanistan operation as a peace mission. In Britain too, public support for the mission is increasingly brittle.

"It had been clear for months that The Hague and the Canadian government would withdraw their ISAF troops in 2010 and 2011 respectively. But these decisions had gone virtually unnoticed in the German public. Now they are bound to have an impact on the German debate."

Left-leaning Die Tageszeitung writes that Germans should learn from the Dutch, who have conducted a true political debate about Afghanistan. Germany would never allow a government to collapse over the mission in Afghanistan, or any other war, the newspaper writes.

"Parties here are allowed to let coalitions collapse over issues such as budget cuts or economic reforms. But this is about waging war, and quite different, unwritten rules apply in Germany. Not because the public isn't critical of the military -- on the contrary: precisely because there's a lot of skepticism in the public about foreign military missions, those in favor of military intervention have never dared to conduct a sober debate with an open outcome. Instead, dogma has prevailed."

"The Netherlands was always regarded as a reliable partner in NATO and the EU. They were rewarded for their loyalty with top jobs in international organisations. The collapse of the coalition marks a break with that foreign policy tradition. Dutch policy has undergone a reversal and shows how domestic political calculations will in future dominate foreign policy, even in countries that are loyal to the alliance." 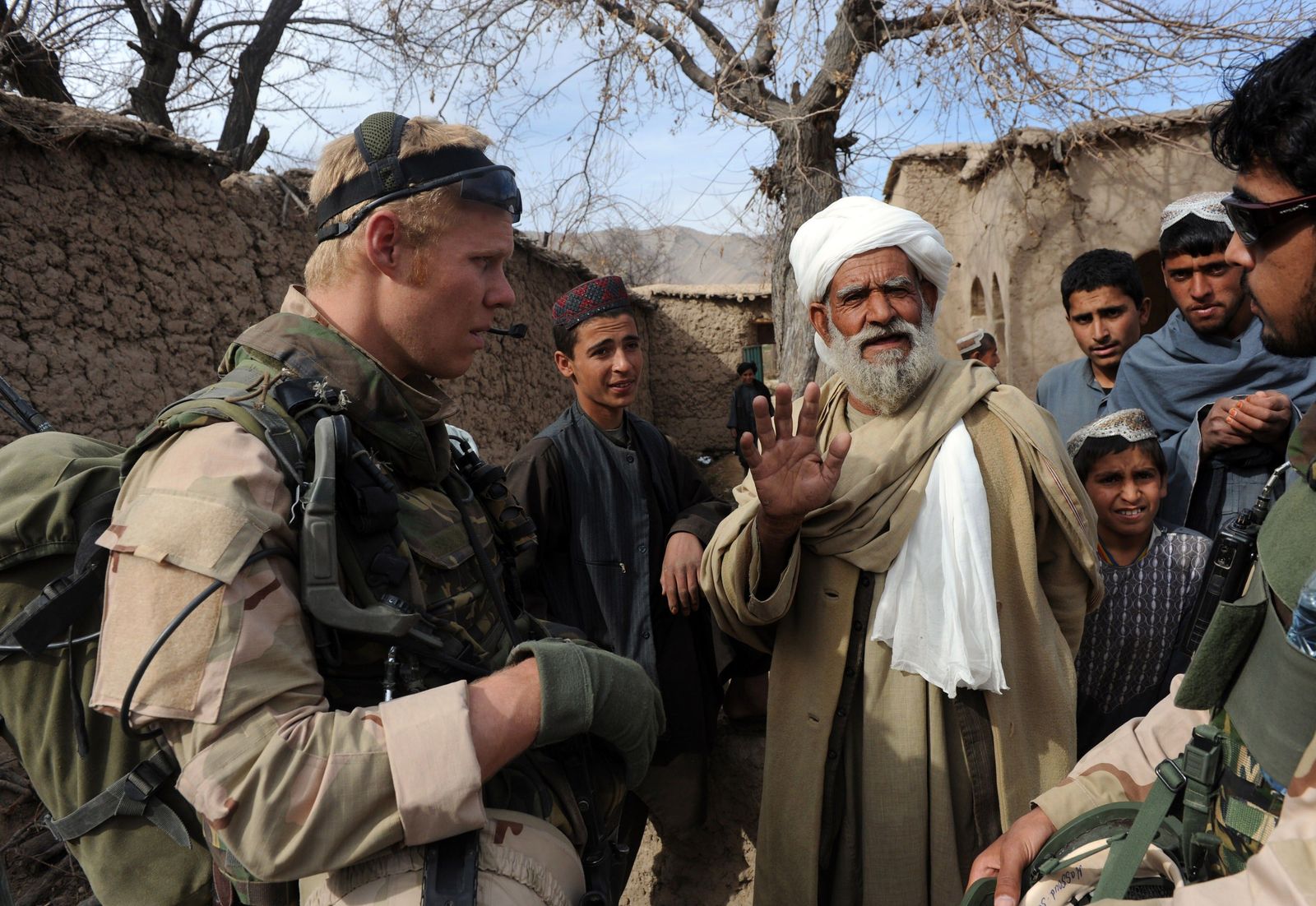 A Dutch soldier in Afghanistan. The Netherlands will likely pull their troops out this year.