As stock markets around the world tumbled Thursday, news came that the newly appointed head of the International Monetary Fund is under investigation by a French court on possible charges of misusing federal funds.

The court ordered an investigation Thursday into whether or not IMF Managing Director Christine Lagarde, then working as the French finance minister, misused public funds in a €285-million ($400-million) arbitration deal in 2008 with controversial tycoon Bernard Tapie. The deal has been criticized for giving too much taxpayer money to Tapie, a supporter of French President Nicolas Sarkozy.

A senior French prosecutor requested the probe in May on suspicion that Lagarde overstepped her authority in allowing the deal to go through. Lagarde ordered that a dispute involving Tapie and Credit Lyonnais, a state-owned bank, be handled by an arbitration panel. The panel decided in favor of Tapie, and Lagarde did not appeal the decision to lower the amount.

Largarde has denied wrongdoing, and her attorney said the investigation was "in no way incompatible" with her position at the IMF. The investigation could end up taking months. If Lagarde were to be convicted in a trial, she could face up to 10 years in prison.

French attorney Lagarde took over as managing director of the IMF in July, when her countryman Dominique Strauss-Kahn resigned from the post after being arrested and charged with sexually assaulting a Manhattan hotel maid. He denies the charges.

Lagarde, 55, was supported for the IMF job by the US and influential western European leaders, such as German Chancellor Angela Merkel, who were eager to have another European installed in the position to help navigate the current euro zone debt crisis. She is the first woman to head the international organization.

At the time of her candidacy, IMF representatives from Brazil, Russia, India, China and South Africa released a strongly-worded statement in which they called for better representation from developing nations, and argued that selecting the managing director on the basis of nationality "undermines the legitimacy of the Fund." Three of the countries went on to support her candidacy in the end.

The possibility of a French investigation was apparent during Lagarde's candidacy for the IMF post, and the executive board issued a statement Thursday saying they discussed the case in France prior to Lagarde's selection. The board said they were "confident that she will be able to effectively carry out her duties as managing director."

Some German commentators on Friday are not as confident, though, and question whether the French investigation would prove too distracting at a time when the world economy is extremely fragile . Others argue that she should be allowed to do her job until a she is proven guilty.

"She can't just go on as though nothing has happened. As talented as Largarde may be, the decision hampers her ability to concentrate fully on her work at the IMF. But leadership of the organization is more important than ever. Lagarde must clarify how she will cope with both the demands of her job and regularly answering questions by French investigators. The longer the investigation takes, the more she will be damaged. Her credibility and incorruptibility could be questioned. Ultimately the IMF's reputation will also suffer."

"The accusations against Lagarde were known long before her appointment, but the IMF did not allow this to affect their decision. Besides, there is no real alternative to Lagarde. The situation damages everyone: Largarde, the IMF, and France, which cares so much about its international reputation."

"Certainly it is worth investigating whether the damages of some €400 million -- more than a quarter of which were for 'non-material damages' -- were too much. But for the IMF this investigation is bad news. The organization needs calm at the top. In light of the current financial crisis this would serve in the interests of member countries more than ever."

"Not again. First IMF head Dominique Strauss-Kahn fell from grace in the middle of the debt crisis over a sexual affair, though it is still not clear whether or not it was rape. Guilty or not, the International Monetary Fund should not be weakened, the West immediately said, and in short order chose a new managing director. They chose a French woman, one of their own, of course, against the opposition of developing nations, who are justly calling for more influence on the international stage. Now Christine Lagarde has charges against her… Whether or not these charges will weaken the IMF at a time when the debt crisis has grown even larger remains to be seen. The fact that the French system of justice has remained independent in this question speaks well, at least, for the western World."

"For too long France's leading politicians (from left to right) have felt they were above prosecution. That was especially true during the era of President Jacques Chirac, who shamelessly used his legal immunities until the statutes of limitations on the financial crimes ran out. The opening of a case against Lagarde is a rebuke of this 'classe politique'."

"When it comes to money, the French give their politicians much less leniency than they do with their intimate or private lives. A fact that Christine Lagarde, who lived for a long time in the US, where the situation is exactly the opposite, certainly underestimated."

"If the Strauss-Kahn case taught us anything, it is this: When it comes to investigations and court proceedings, the principle of innocent until proven guilty makes a lot of sense. After all, the case against him is collapsing. In the 'Lagarde Case,' one should pay extra attention to this notion. No one is accusing her of injuring anyone or of profiting -- either personally or through her family -- from the events. And ultimately, it was a court, and not Lagarde herself, that issued a ruling in the case. That's why people should remain calm and collected. One can always change one's mind if the investigation leads to conviction. Until then, the IMF chief should be left alone to manage the financial crisis unhindered. That is in everyone's interest, including that of her political opponents." 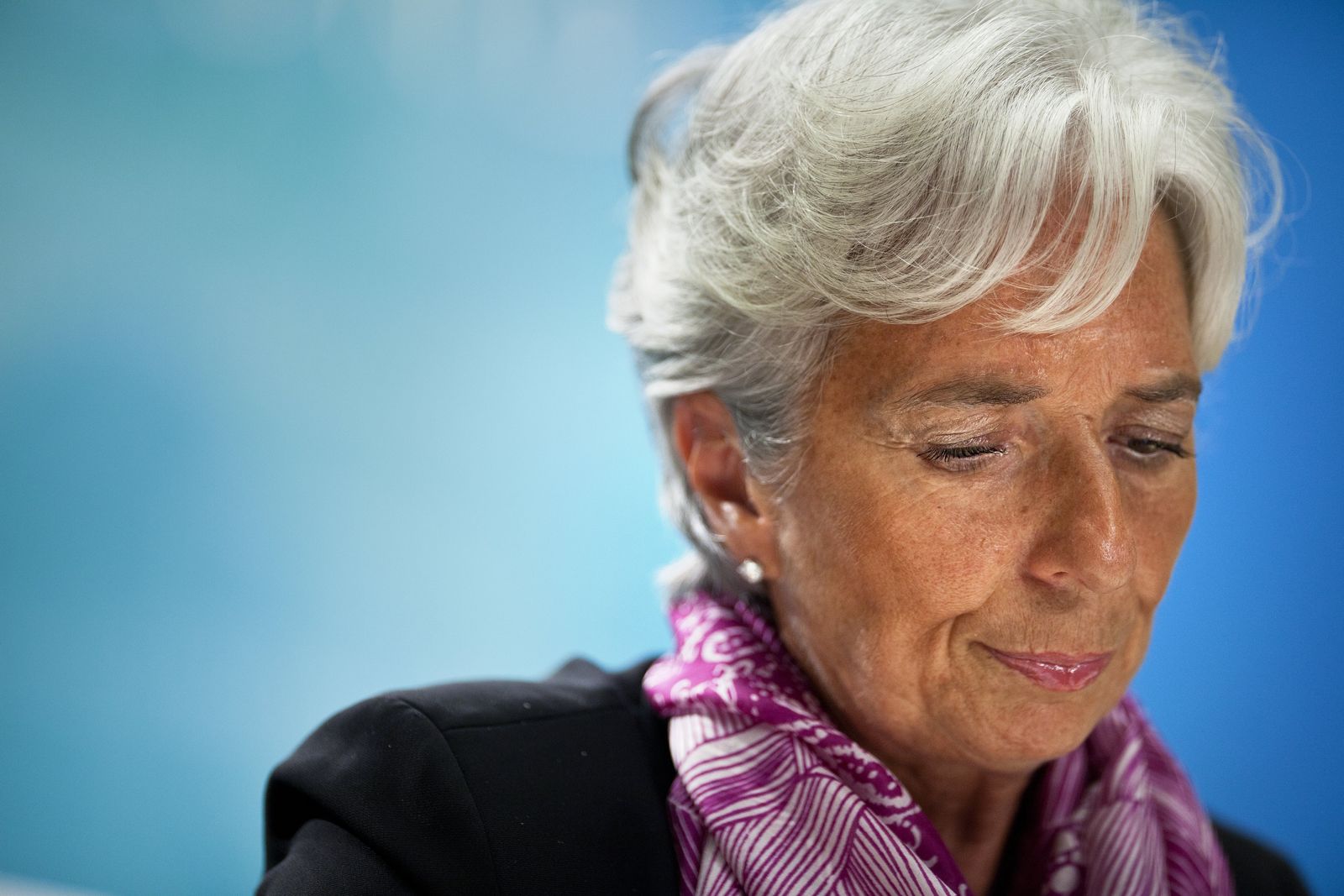