The Internet whistle-blowing platform WikiLeaks made public Friday for the first time all of the about 250,000 US diplomatic cables it had acquired in their original and uncensored state.

In a statement on its Twitter feed, WikiLeaks said: "Shining a light on 45 years of US 'diplomacy,' it is time to open the archives forever."

WikiLeaks and several media partners had originally published some of the documents leaked to the whistle-blower site, with names and sensitive information blacked out. This week, news broke that a file existed on the Internet containing all of the documents, many of which were classified as "secret," in their original form, and could be accessed using the right password combination.

On Friday, media partners who worked together with WikiLeaks in the past, including SPIEGEL, the Guardian, the New York Times and El Pais, issued a joint statement condemning the decision to release the raw documents. "We deplore the decision of WikiLeaks to publish the unredacted State Department cables, which may put sources at risk," the publications stated.

"Our previous dealings with WikiLeaks were on the clear basis that we would only publish cables which had been subjected to a thorough joint editing and clearance process. ... We cannot defend the needless publication of the complete data -- indeed, we are united in condemning it."

"Today's decision to publish by Julian Assange was his, and his alone."

On Twitter and its website, WikiLeaks criticized former colleague Daniel Domscheit-Berg for connecting the password with a file that was accidentally made accessible to the public, and blamed David Leigh, a journalist for the British newspaper the Guardian, for publishing the password.

WikiLeaks founder, Julian Assange, and Domscheit-Berg, Wikileaks' former German spokesman, have had a very public falling out in recent months. Domscheit-Berg, who started his own Internet platform, OpenLeaks, has written a book in which he describes the WikiLeaks founder as an egoist and as having latent megalomaniac tendencies.

Assange, 40, is in Britain and wears an electronic ankle bracelet, as he wages a legal battle against an attempt by Swedish prosecutors to have him extradited to face questioning on two separate cases of sexual misconduct.

David Leigh of the Guardian, wrote a book called "WikiLeaks: Inside Julian Assange's War on Secrecy," in which he described how Assange passed the cables on to the newspaper and what password was used for accessing his file. The Guardian, along with SPIEGEL, was one of the original news outlets that partnered with WikiLeaks in publishing the information. It became known recently that the book's password could be used to open a file containing the uncensored documents that was available online.

In response, the Guardian said in a statement: "It's nonsense to suggest the Guardian's WikiLeaks book has compromised security in any way. Our book about WikiLeaks was published last February. It contained a password, but no details of the location of the files, and we were told it was a temporary password which would expire and be deleted in a matter of hours."

Leigh told the Associated Press that the allegations against him were "time-wasting nonsense."

On Friday, before news broke that WikiLeaks was publishing the unedited cables online, German commentators took aim at WikiLeaks and Assange. The most troubling consequence of the documents' availability, they argue, is the danger to confidential US diplomatic sources whose names are now public.

"The history of WikiLeaks proves that an electronic platform cannot replace responsible contact with sources. The site promised to break the control of the powerful through insider knowledge, and to achieve more democracy and transparency through the disclosure of the leaked documents. But the quantity of the documents vastly exceeded their quality, and readers had to search through hundreds of thousands of documents to find news and scandals."

"And WikiLeaks could not do without the meticulous sifting through the source material by professional journalists. What was very problematic, though, was how Julian Assange and his WikiLeaks team went about handling the material, namely not at all transparently and democratically as they had claimed. Assange decided at his own discretion who would get the information. Or he threatened to release a wave of secret documents if people tried to stop him."

"Assange abused his power and put himself above his work. And it is unlikely that he has learned any lessons from the data leak. He is currently passing the blame between himself, his former colleague Daniel Domscheit-Berg and Guardian journalist David Leigh. That's not what taking responsibility looks like."

"Many were prepared to celebrate WikiLeaks' access to political secrets as a radical achievement for democracy. WikiLeaks unmasked and exposed nothing less than the powerful and presented itself as an international agency of transparency."

"But now it looks like the information guerrilla has become the victim to its own lax data protection. For political actors and activists in totalitarian states this sloppiness could put their lives in danger. The mishaps, indisecretion and internal power struggles have been an embarassment for Julian Assange's supporters. The fact that those with secret information might not turn to WikiLeaks with such open arms in the future cannot be considered disadvantageous. WikiLeaks has shown that doesn't have a sufficient firewall."

"The WikiLeaks scouts have just shone a bright light on the last remaining nook of what was traditionally secret. They sheepishly admitted on Thursday that all of the captured US diplomatic cables were inadvertently made accessible in full, without blacked-out portions. That endangers the lives of people who had trusted the US authorities. And now the Internet is abuzz about the role of the WikiLeaks rebels."

"Now the question is being asked, just how much transparency in the Internet Age is desirable?"

"A civil society needs as much mutual trust as possible to leave room for confidentiality. That applies not just to secret political meetings, but also to help guarantee that company bosses do not read every e-mail their employees send. Politicians and managers, even in the age of WikiLeaks and Facebook, need to say clearly where the openness must end. This honesty is a prerequisite for a general acceptance of trust at a time when total transparency on the Internet is possible."

"The main principle of WikiLeaks is dead. Julian Assange founded it, and now, through a combination of sloppiness and hubris he has irrevocably destroyed it."

"As a result of unbelievable sloppiness (US State Department) files can now be found by anyone who makes the slightest bit of effort on the Internet. Unedited and in their original state. Most likely, the hunt for 'traitors' in China and in the Arab world is already on. It's possible that some of these people aren't even alive anymore."

"When delicate information is at stake, great prudence is demanded so that the information doesn't fall into the wrong hands and so that people are not hurt. When one looks at how carelessly the files were made accessible on the Internet, one realizes that the last thing Assange cared about was the safety of the people who had trusted him."

"He disregarded, if not betrayed and put in mortal danger, the most valuable commodity of his enterprise. Instead, he chose to focus on his internal battle with former colleagues. In the future, it will be nearly impossible to find anyone who would be willing to entrust his or her data to a whistle-blowing portal. The principle of WikiLeaks, which was based on this trust, has been destroyed by its founder." 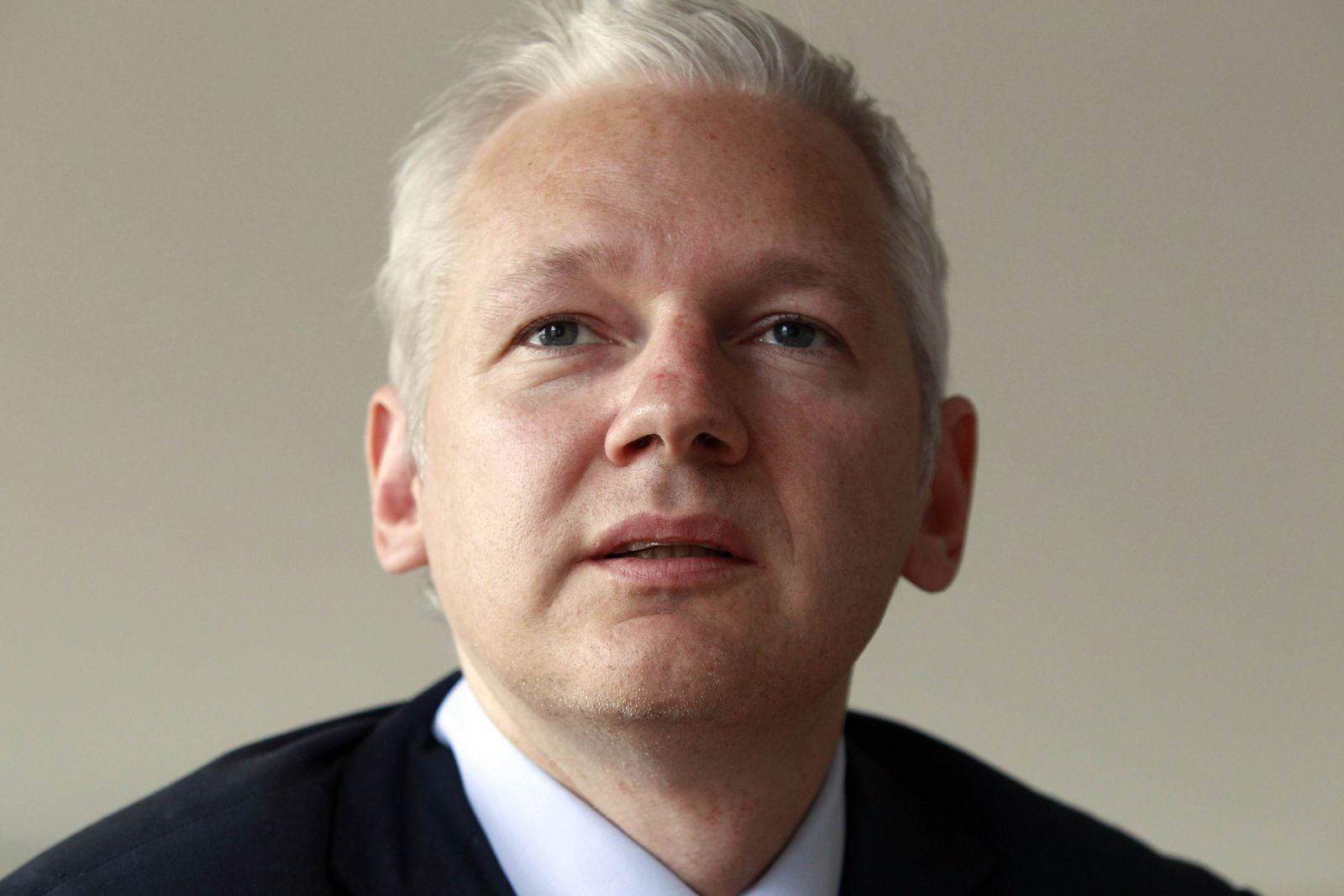 WikiLeaks founder Julian Assange. The Internet platform has released all of the US diplomatic cables in its possession in their entirety.