Afghanistan's election commission has cancelled this Saturday's run-off poll and declared President Hamid Karzai the winner. Monday's announcement came just a day after his main rival Abdullah Abdullah said that he would not contest the second round because he didn't think a fair vote was possible.

The head of the Afghan Independent Electoral Commission, Azizullah Lodin, told a news conference on Monday that the run-off election was cancelled and declared Karzai president "because he was the winner of the first round and the only candidate in the second round."

The first round of the election on August 20 turned into a debacle after it became obvious that there had been widespread election fraud. The initial poll results had given the incumbent Karzai an absolute majority of 54 percent, thus seemingly assuring him of victory and negating the need for a second round.

However, that result soon became discredited after news of the sometimes blatant falsification of ballots emerged. In October, the United Nations-supported Election Complaints Commission found that around one-third of the votes cast were invalid. Massive international pressure forced Karzai to accept a run-off poll against his nearest challenger, Abdullah, scheduled for Nov. 7.

However, Abdullah said on Sunday that he would not go ahead with the run-off vote because key election officials had not been removed from their posts. He said he believed that the poll would be neither free nor fair. Initially it was thought that Karzai might go ahead as the sole candidate in an election that would have required a massive security operation. That danger can now be avoided. However, the entire election process has widely been regarded as a farce leaving the war-torn country with a severely discredited government.

The international community's role in the elections has also come in for tough criticism. A senior UN official in Afghanistan, Peter Galbraith, was fired after voicing concerns over the electoral fraud. UN Secretary General Ban Ki-moon, who was in Kabul on Monday, said that the election had been among "the most difficult the United Nations had ever supported."

German newspapers on Monday are withering in their criticism of the elections and of the international community's involvement in the shambolic process.

"President Karzai did not enjoy a great reputation before the election and now he has lost even more authority. His country is politically crippled. ... The image of the international community in the form of the United Nations has also been damaged. The UN saw relatively fair presidential elections as an important step toward the stablization of the country. However, it soon had to recognize that these elections were neither democratic nor fair. Instead they had been manipulated at many levels. The hope had been that a run-off would reverse this damage and re-establish its legitimacy. These plans have now been thwarted by Abdullah's decision not to run."

"The political crisis in Kabul occurs at a time when the entire 'Afpak' complex  is causing increasing concern across the world. Despite a few successes, Pakistan's army does not seem to be capable of reining in a resurgent Taliban within its own borders. That has been made clear by the recent severe attacks in Pakistani cities. For neighboring Afghanistan this development means that it has to deal with external threats as well as internal weaknesses. Since the weekend the perplexity over the situation in Afghanistan as well as about the whole Afpak situation has only grown further."

"The election in Afghanistan has turned into a fiasco.  Abdullah is convinced that there would also be fraud in the second round because people loyal to Karzai, who he believes were involved in the manipulation of the first round, are still in office. One aspect of the whole tragedy is particularly inexplicable: Karzai didn't have any need at all to falsify the results of the first round, because the majority of the population backed him. Abdullah never had a realistic chance of winning. Karzai is a pashtun and most Afghans belong to this tribe and vote strictly along ethnic lines."

"Eight years after the overthrow of the Taliban people now have an election without having a choice. For a country that was in desperate need of some experience of success, this is a bitter realization."

"The US and NATO are responsible for the fiasco that is the presidential election. They have never made a secret of the fact that they considered Afghan President Hamid Karzai to be a scoundrel, but he was their scoundrel -- one who was supposed to help with building the much-trumpeted civil society."

"But instead of holding on tightly to the strings of their puppet, the international overseers allowed Karzai to blatantly falsify the elections and was about to do the same for the planned run-off on Saturday. The fact that his opponent Abdullah Abdullah has now withdrawn his candidacy and turned the run-off into a farce is just the crowning glory on this messed-up election adventure."

"The consequence is dramatic: Instead of the coveted democratically legitimate government, Afghanistan is getting a government that has already lost all credibility before taking office. It makes little difference that Karzai would in all likelihood have won the run-off election."

"For the US and its allies the establishment of a functioning state with a government accepted by the population was at the top of their list of strategic goals in Afghanistan. Without such a government it is almost impossible to convince the Afghan people that they are better off under the care of the Kabul government than of the tribal leaders and warlords. Without a credible central government NATO has no partner for its efforts to bring peace to the country."

"Anyone who claims that a Karzai government that comes into being without an opponent ... would have any legitimacy in the eyes of a sufficient number of Afghans must be from another planet."

"The biggest problem is that the path to a broad political solution in Afghanistan could now be ruined once and for all. Now everyone is in an even more miserable situation. A way out can only be found if Karzai can be forced to share his power and to implement reforms. But who will do that? The UN is no longer regarded as neutral after the scandal about Galbraith (which concerned whether one should react to the election fraud)."

"No wonder then that the Taliban of all people are giving lectures on the Internet about democracy. It is something that the international community should have done right away."

"'Mission Afghanistan' is increasingly losing credibility. The thought of having to rely on a government that is discredited by election fraud for the reconstruction and pacification of the country over the next five years is depressing."

"Karzai would be well advised to include Abdullah in a government of national unity. Karzai is severely tarnished while Abdullah is not. Karzai could secure his own power with Abdullah's help. It can't be ruled out that this is what Abdullah had been banking on since the very beginning. It would be a typically Afghan solution." 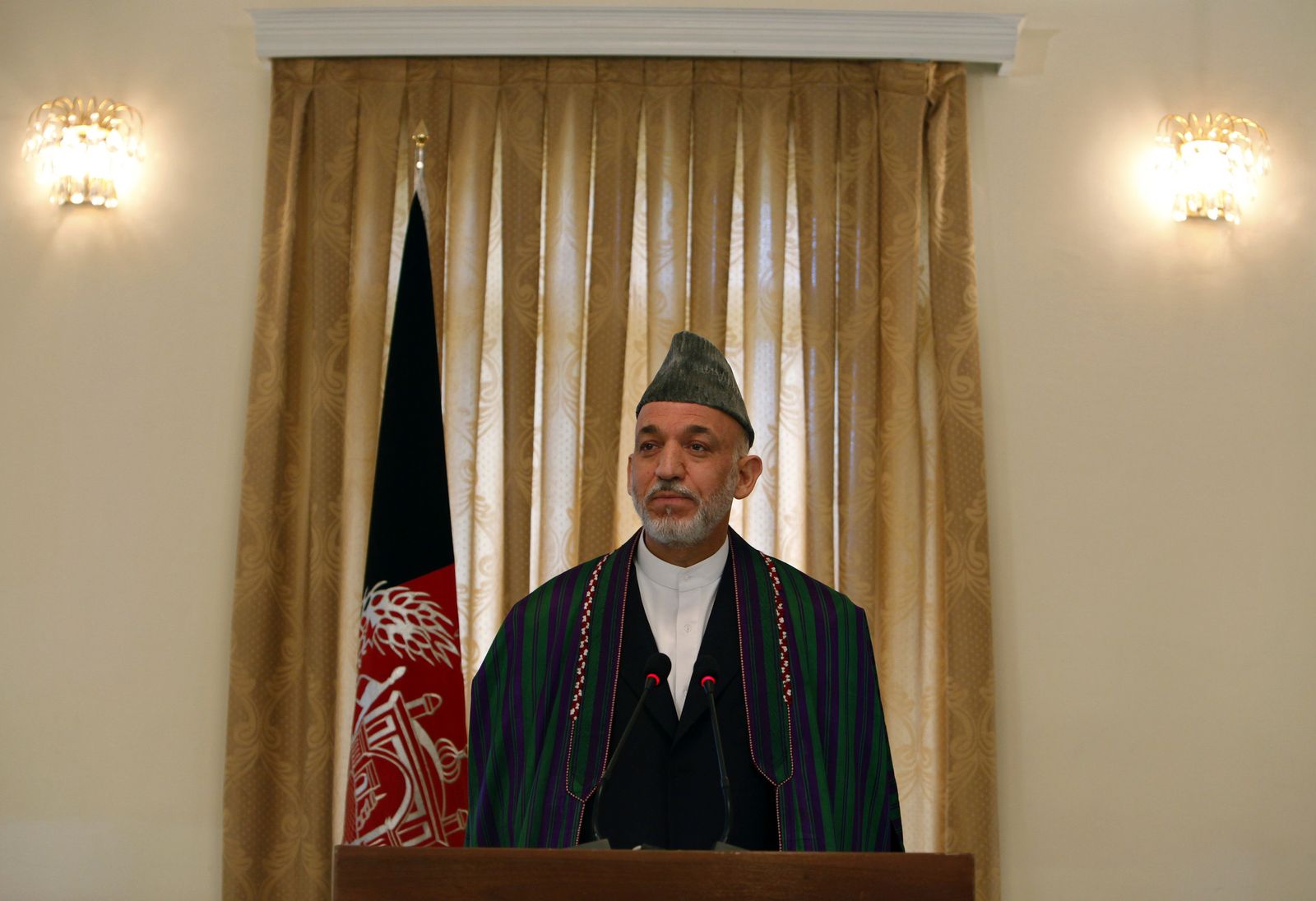 Afghan President Hamid Karzai has been deemed the victor after his rival Abdullah Abdullah pulled out of the second round.