When United States President Barack Obama appointed General David Petraeus as the US commander in Afghanistan, he was hoping that the man widely credited with turning around Iraq could perform the same job in Afghanistan, where America and its allies have been at war for almost nine years.

But if the president was hoping for quick results, then he will likely be disappointed. In a series of interviews given at the weekend, Petraeus suggested that Obama's July 2011 target for beginning to withdraw troops from the war-torn country might be premature. "I think the president has been quite clear in explaining that it's a process, not an event, and that it's conditions-based," Petraeus told NBC television, referring to the possible drawdown. He also left open the possibility that he might advise the president to delay the withdrawal.

Obama set 2011 as a target date for the withdrawal in December 2009 when he approved the deployment of 30,000 extra troops to Afghanistan. In his NBC interview, Petraeus said progress in the country had only begun this spring, when the extra forces arrived in Afghanistan.

Observers have interpreted Petraeus' remarks as something of a broadside aimed at Obama. The commander, who knows he is indispensable to the president, may be wary of tarnishing his dazzling reputation gained in Iraq through failure in Afghanistan, and is therefore pushing for more time to finish the job.

In a further sign of what may turn into an intense political battle in the US over the future of the Afghanistan war, US Defense Secretary Robert Gates told the Los Angeles Times there was "no question in anybody's mind" that the US would begin reducing troop levels in 2011. Gates also suggested in a separate interview with the magazine Foreign Policy that he would leave office in 2011.

Petraeus took over as commander of the US and NATO forces in Afghanistan at the beginning of July, after his predecessor, General Stanley McChrystal, was fired over unflattering remarks he had made about the Obama administration to Rolling Stone magazine.

Taking a look at Petraeus' remarks on Tuesday, commentators in Germany's main newspapers argue that the commander's attempt to manage expectations is a shrewd move. They are divided, however, over the question of whether Obama or Petraeus will prove to be right about the actual withdrawal date.

"Petraeus' call for a conditions-based withdrawal instead of a rigid timetable almost seems like a truism about the future of the international mission in Afghanistan. Any layperson can understand that the NATO force will hardly be able to withdraw if the situation in Afghanistan does not significantly improve. ... Nevertheless, Petraeus' comments have made headlines. The date 2011 had become so deeply entrenched in many people's minds as the beginning of the withdrawal that the general's assessment of the situation appears sensational."

"In reality, Petraeus is simply a realist. He knows that the military situation in Afghanistan looks bleak."

"Just as during his time as commander of the US forces in Iraq, he is looking for the turning point, and he wants to begin the withdrawal at some point. But he does not want to take responsibility for a withdrawal if it means that the whole country will shortly afterwards slide back into chaos."

"The White House is unlikely to find Petraeus' comments amusing. The new commander in Afghanistan doubts whether the withdrawal can start next year. ... The general has taken a stance in direct opposition to the president."

"But General Petraeus is in a strong position. His reputation as a strategist is enviable, and he has strong support in Congress. In the struggle for power within the US administration, he will take advantage of the fact that Obama can not afford to lose another commander in Afghanistan -- especially not one of Petraeus' stature."

"The timeframe originally set by Obama was unrealistic and overly ambitious. It is therefore correct if Petraeus gets the war-weary public in America used to the idea that the current sophisticated strategy in Afghanistan, which combines military, political, diplomatic and civilian efforts, needs more time to bear fruit. In addition, the American withdrawal date is currently the most persuasive reason for Afghans to not side too clearly with the Western allies."

"It is becoming increasingly clear that it was also a risk for Obama to send this intelligent and politically savvy general to Afghanistan. The president cannot afford to lose another commander, especially one of such caliber. Petraeus therefore knows that Obama is depending on him, and he clearly already stipulated when he was appointed that he should be able to stretch the withdrawal schedule a little. ... Petraeus is apparently willing to use all his political weight in order to get what is needed to bring the war to a successful end. That is also good news for America's allies in Afghanistan."

"Petraeus has his own interests which are totally reasonable. He does not want to leave Afghanistan as the commander of an unsuccessful force. He wants a military victory. Additionally, he had forged political plans even before his deployment to Kabul -- his success in Iraq has created political opportunities for him. After a shameful withdrawal from Afghanistan, those chances would be lost. Hence, he has let the president know that he needs more time and that he can do without a debate over withdrawal dates. If Obama decides to go ahead and pull out, then the president will bear part of the responsibility."

"But Petraeus will not succeed with his strategy. The withdrawal will begin, because the voters want it. That may be unwise, but it's too late to change the general public's opinion. Mistakes were made in Afghanistan over a period of years. It's now time to pay the price."

"Petraeus and other members of the military have always called the withdrawal date into question. Many Republicans see the general, who does not belong to a political party, as their preferred candidate for the 2012 presidential election. Obama had cleverly removed him from politics by making him the US commander in Afghanistan. But the troubleshooter is now firing broadsides at Obama from Afghanistan. And the president can not defend himself." 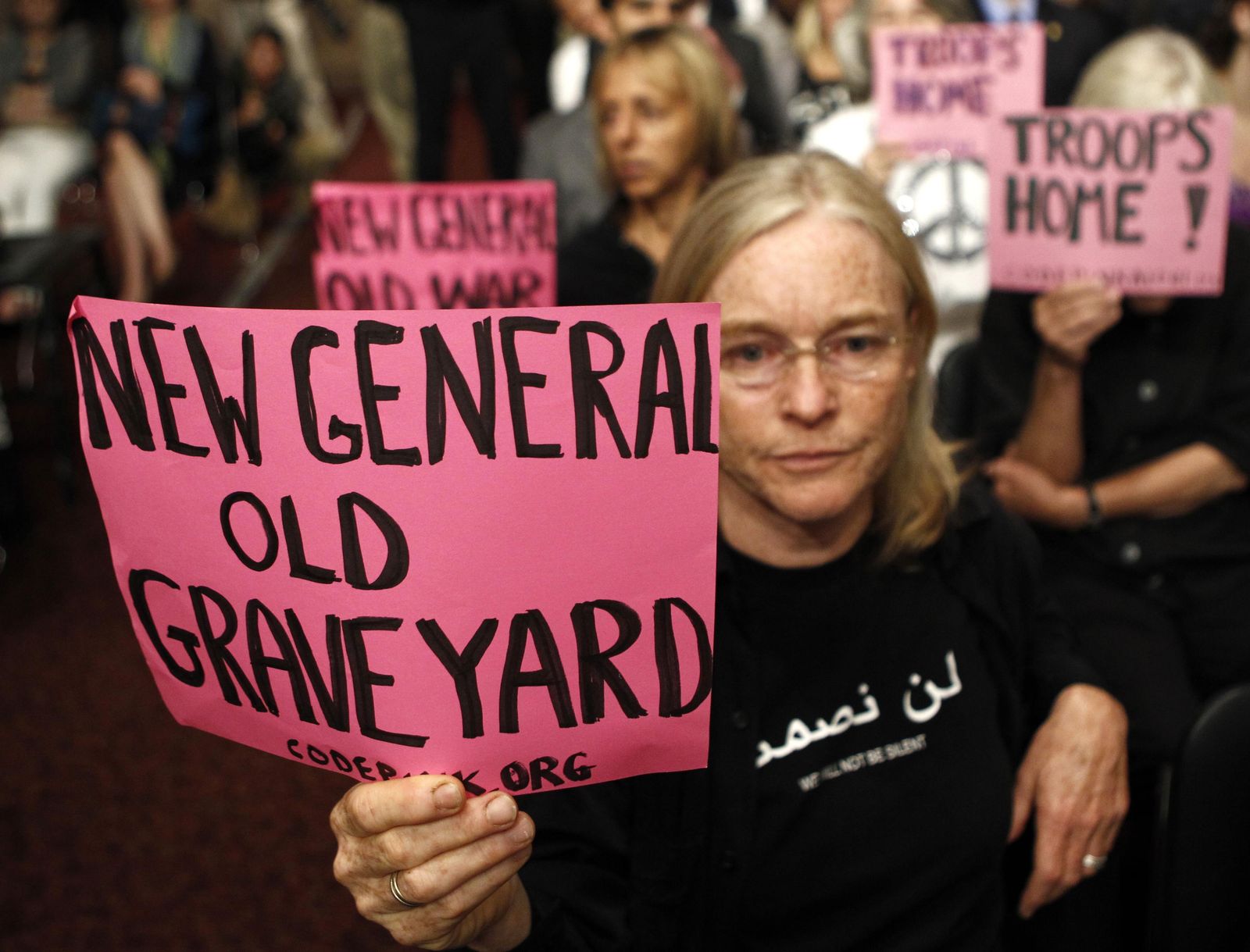 Anti-war activists could have a longer wait for the end of the deployment in Afghanistan than expected: The commander of the US troops believes 2011 may be too soon to leave.