American officials scrambled Thursday to respond to a video circulating on the Internet of four US Marines in Afghanistan urinating on the bodies of three dead Afghans, presumably members of the Taliban.

The video appears to show the US Marines urinating on the dead bodies of three men dressed in traditional Afghan clothing, one with a bloody torso. The recording was apparently made between March and September 2011, when the Marines' unit was stationed in the southern Afghan province of Helmand. The video shows the men smiling, and one of them says: "Have a great day, buddy."

US Defense Secretary Leon Panetta termed the behavior "utterly deplorable" and called Afghan President Hamid Karzai Thursday, telling him that he has ordered a full and swift investigation into the matter. Several other top officials at the Pentagon, including General James Amos, the Marine Corps commandant, issued statements denouncing the conduct of the four Marines.

US Secretary of State Hillary Clinton said at a news conference Thursday in Washington that the videotaped act left her in "total dismay." "It is absolutely inconsistent with American values, with the standards of behaviour that we expect from our military personnel and (which) the vast, vast majority of our military personnel, particularly our Marines, hold themselves to," she said.

The video also drew swift condemnation in Afghanistan, where President Karzai called it "completely inhumane" and the Afghan Defense Ministry called it "shocking," according to the Associated Press.

The Naval Criminal Investigative Service has begun investigating the matter, and interviewed two of the Marines from the video Thursday night, the Associated Press reported. Officials in Washington acted quickly out of fear that new images of abuses by US soldiers overseas could derail attempts at peace talks involving the Taliban, ahead of a planned withdrawal of the US and its allies from Afghanistan in 2014. Last week, the Taliban announced plans to open a liaison office in Qatar, which is seen as a first step toward peace negotiations. The US special envoy to Afghanistan and Pakistan, Marc Grossman, is scheduled to travel to the region and conduct talks with Karzai and others.

A Taliban spokesman said that, though "shocking," the video images would not affect talks. "We know that our country is occupied," he said, according to Reuters. "This is not a political process, so the video will not harm our talks and prisoner exchange because they are at the preliminary stage."

Some German commentators argue Friday that quick punishment of the men involved is the best way to keep those talks on track.

"It's unclear who posted the video on YouTube. But for the US military, it comes at an inopportune time. For the first time in 10 years, the Taliban recently confirmed its willingness to negotiate, and in a few days' time the US special envoy Marc Grossman will travel to Kabul in order to gain the support of the fickle President Hamid Karzai for Washington's negotiating strategy. Karzai's cooperation is crucial. In his quest for status, he is prepared to take every opportunity to distance himself from the United States. Hence, Karzai immediately demanded that the urinating soldiers be severely punished."

"That is really the only way out for Washington. Although the Pentagon has promised an investigation into the incident, that's not enough by itself. Once it has been clarified that the images are real, the US military should apologize. The torture photos from Iraq's Abu Ghraib prison serve as a warning. These photos fomented such hatred of Americans (among Iraqis) that Washington found it even harder to exert influence in the country. Just as more and more Iraqis are orienting themselves toward Iran, Afghans could also turn to the Taliban. The US soldiers who violate the honor of the people there would bear part of the blame."

"After Abu Ghraib and the leaked videos of the killing of civilians from an army helicopter in Iraq, this new video appears at first glance to be new proof of the 'master race' arrogance of the US in its military operations. But in reality these 39 seconds of video are not actually evidence of that."

"The abuses in Abu Ghraib were methodical. So too was the way (the US authorities) turned a blind eye to excessive violence by private security firms and friendly Iraqi troops, as was documented in 2010 by Wikileaks. The difference is that, in this case, it is plausible it was just a macabre joke by inhuman professional killers, rather than being emblematic of the entire system."

"Of course, it is right for the Marines to go before a military court. But it would be a joke if they were to be sentenced while the countless deadly attacks from the Iraq War, for example, remain unpunished. … Pursuing justice only in cases where it is convenient -- now that is the real scandal."

"The (West's) military involvement in Afghanistan, which has long been criticized, has lost more support as a result of this case. The dead Taliban achieved a symbolic triumph in that they were turned into victims by the offenders, and the US soldiers managed to turn their victory into a self-inflicted defeat."

"For the Pentagon, it is clear that these images cause more damage than all of the Taliban's attacks, and serve to delegitimize American military actions in Afghanistan and beyond. Such images -- and this also applies to the excesses of German soldiers that went far beyond mere bad taste -- have a worse impact on attempts to forge peace in war-torn countries than a lost battle would be. The Pentagon reacted decisively, and its repudiation was clear: 'repulsive, monstrous, and unacceptable behavior.' That says it all." 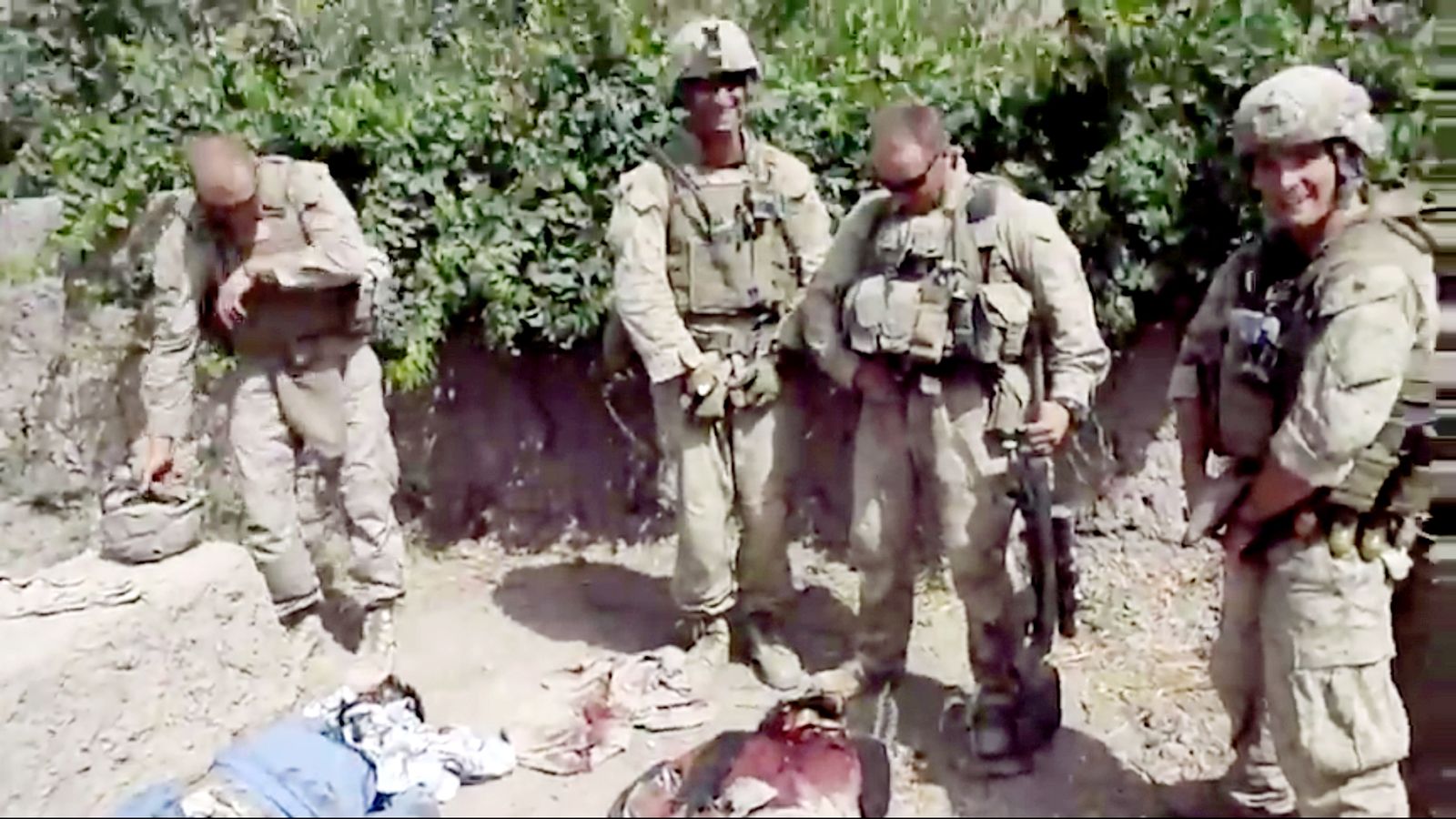 Video footage of four US Marines urinating on three dead Afghans circulated widely on the Internet this week.