Kishlak Belgi is a place travelers should only attempt to reach with an off-road vehicle. The village is in the foothills of the Pamir Mountains, some 200 kilometers (125 miles) east of the capital Dushanbe, in a corridor between the Kyrgyz and Afghan borders.

There is a restaurant in Belgi -- little more than a snack bar -- in a picturesque location on a bridge of the Surchob River. The chef, Mirzokhuja Ahmadov, 51, has a white beard and many gold teeth in his mouth.

Ahmadov owns a house in the nearby county seat of Gharm. He has seven children, some livestock and a quarter of a hectare of land (about half an acre), where he grows potatoes and tomatoes. In the Soviet days, he spent 20 years as a brigadier in the local "Friendship" collective farm, and he later became mayor of Belgi. The villagers, however, call him the "Commander."

Ahmadov has had the nickname since the civil war that began in 1992 and raged for five years in Tajikistan. The most backward of all former Soviet republics was controlled at the time by former Communists and regional clans, until a democratic and largely Islamic opposition took shape against the president and former Communist Party chairman. He assembled a national guard of farmers and pardoned criminals, who proceeded to brutally settle accounts with the Muslims. At least 50,000 people were reportedly killed. Many Tajiks fled to Afghanistan, where they were radicalized.

Ahmadov, who was a member of the opposition, was in charge of the defense of Belgi at the time. When it appeared that they were about to lose the battle, he took 5,000 fighters into the mountains and became their commander. "We fought the regime for three years from there, while it pursued us with helicopters and tanks," he says.

In June 1997 the new president, Emomali Rakhmon, and the opposition Islamic Rebirth Party proclaimed a "national reconciliation." It gave the opposition a share of power in Tajikistan and incorporated the Islamic fighters into the police and army.

A Return from the Mountains

Ahmadov returned from the mountains and became commander of the police and head of Troop Division No. 3974 in Gharm. He was given the rank of colonel and later became the head of a department devoted to fighting organized crime. "But soon," he says, "Rakhmon had forced the former opposition members out of all offices. Today most of them are in exile, in prison or dead. Only three or four of my people still have a position in Dushanbe."

Anyone who listens to Ahmadov discuss the future of his country over tea and lamb in his small restaurant will probably come away feeling that it doesn't look good.

He talks about how President Rakhmon rewrote the constitution in Dushanbe to extend his rule until 2020, and how he placed his children in high-ranking political posts. He describes how Rakhmon made sure that the governing party won the election in late February but only conceded 8 percent of the vote to the Islamic Rebirth Party, even though it had received at least 30 percent. And he says that the Rasht Valley, the region around Gharm, has a population of 270,000 people but no longer has any working factories and only has power for several hours at a time.

He complains that those who manage to find work are paid the equivalent of only €65 ($92) a month, yet are forced to buy shares in the nearby Rogun hydroelectric power plant project. According to Ahmadov, students are not allowed to take their exams and people in the military are no longer promoted if they refuse to buy the shares. The cash-strapped government already keeps half of teachers' salaries.

Worst Blow to the Government Since the Civil War

The situation is exacerbated by hostility with the neighboring Turkish-speaking Uzbeks, says Ahmadov. Their ruler, Islam Karimov, has mined the border to Tajikistan, according to Ahmadov, because he feels threatened by the Persian-speaking Islamists and fears for his regime. There are also unresolved territorial disputes between the two countries -- there is a war over water, and Karimov has blocked railroad traffic and has not delivered any gas for weeks.

Ahmadov's accounts are largely correct. Even international observers consider Tajikistan to be a failed state in the midst of a national crisis. There is a growing mood of protest, which benefits the Islamic opposition. Some 364 new mosques have been opened since the beginning of the year, and in Dushanbe more and more women are seen wearing veils in public. In the country's north, three girls even threatened to commit suicide if they were not allowed to wear the hijab to school.

"The leadership promised the former opposition land and loans, but we got nothing," says Ahmadov. "Instead we are being watched around the clock. They apparently don't trust us at all anymore. Our fighters' old camps in the mountains are filling up again. It's very possible that the civil war will be reignited soon."

Is this just a neutralized regime critic flexing his muscles? When SPIEGEL spoke with Ahmadov in Dushanbe in late August, a spectacular incident had just occurred. Twenty-five regime critics who had just been sentenced had broken out of the state security agency's central prison and killed five guards in the process. On Sept. 3, two policemen were killed and 28 people were injured in Tajikistan's first suicide bombing. And on Sept. 19, 28 soldiers died when a military convoy was ambushed near Belgi.

It was the worst blow to the government in Dushanbe since the end of the civil war.

On Sept. 22, units loyal to the government went into position in front of Ahmadov's house in Gharm. They fired missiles at the farm, and then they stormed it.

That evening, the state-run television station reported that the intelligence service had found six Kalashnikovs, three grenade launchers and several thousand shells in the house. The station claimed that the "criminal Ahmadov" had been hiding the people who were behind the bloody attack on the military convoy.

What the station didn't report was that five of Ahmadov's men had been killed a short time earlier, apparently by pro-government troops.

The war Ahmadov had predicted came more quickly than expected. President Rakhmon sent his best units to the area, where they have been combing the mountains around Gharm since Sept. 22.

The campaign has already been underway for more than a month, but the military is not reporting any successes. The Islamists are using Afghan tactics to fight the military: with mines and surprise attacks. Some 34 Tajik soldiers died on Oct. 6 and 7 alone, including high-ranking fighters with an elite unit of the Ministry of State Security and the National Guard. There is a growing sense of consternation in Dushanbe, which has severed all communications with the eastern part of the country.

Farangis Najibullah, a radio reporter and expert on Central Asia, expresses what many are now thinking: That the Rasht Valley could become a "hotbed of Islamic resistance," which would destabilize the entire region.

Ahmadov, the restaurant owner, is probably somewhere in the mountains again. 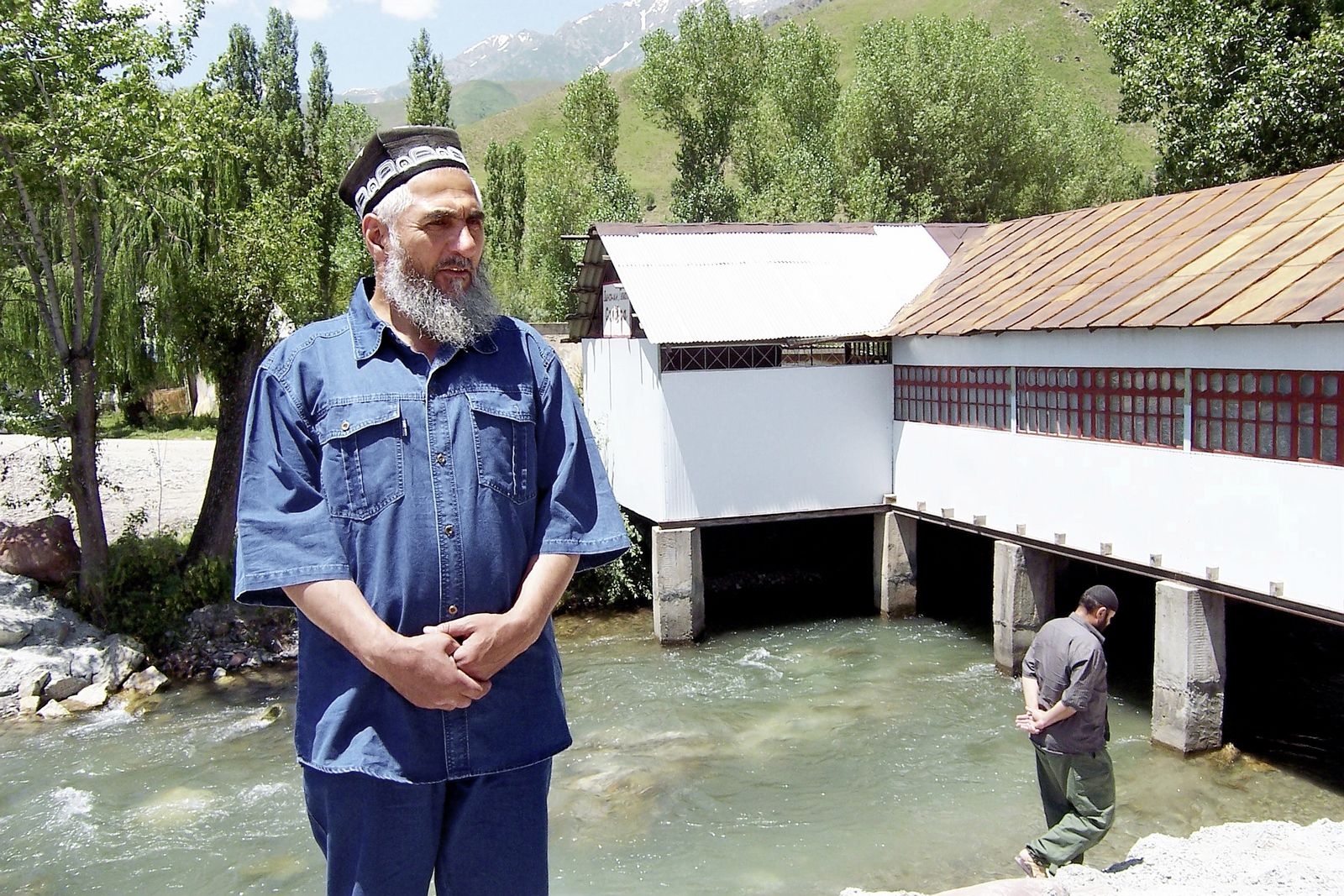 Mirzokhuja Ahmadov in Belgi: A growing mood of protest in Tajikistan is benefitting the Islamic opposition.