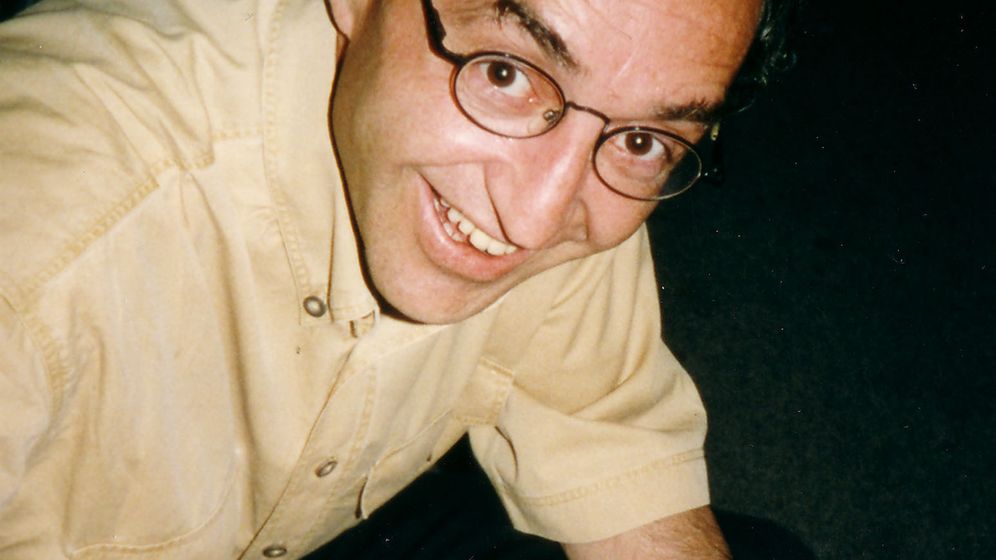 The Tekirdag prison stands like a fortress in the barren, empty hills of Thrace, the European part of Turkey. The facility, a two-hour drive west of Istanbul, is one of the most modern and well-guarded prisons in the country. The prisoners incarcerated there are usually members of the banned Kurdistan Workers' Party (PKK) or were involved in organized crime. Tekirdag is a place where enemies of the state are locked up.

Turkish prosecutors consider the man currently occupying cell AIT 77 in the prison's Block A to also be a dangerous criminal. They claim that Dogan Akhanli, a 53-year-old German-Turkish author, attempted to "violently undermine the constitutional order," and was also responsible for a murder and an attempted robbery. If the prosecutors prevail in court, the Cologne-based author could receive a life sentence.

In reality, the Akhanli case is a judicial disgrace. Even by Turkish standards, the evidence against a prominent prisoner has rarely been as thin and the political motives for an arrest so obvious. German friends of the writer, including the Nobel Prize-winning author Günter Grass, the legendary undercover journalist Günter Wallraff and leading Green Party politician Claudia Roth, say the case is motivated by "revenge on the part of certain Turkish legal circles."

The trial begins on Wednesday in the Besiktas jury court in Istanbul. Wallraff, who is highly respected in Turkey due to his famous book on Turkish guest workers in Germany, "Ganz unten" ("Lowest of the Low"), plans to attend. "I feel very much needed there, in a personal way," he says. "I hope that the court recognizes that there is no basis whatsoever for a conviction."

On Aug. 10, 2010, Akhanli returned to Turkey after 19 years in German exile. His father was on his deathbed. Akhanli was aware of the risk he was taking, knowing that he is seen as a traitor to his country in Turkey. He was arrested before he could even leave the airport. "I expected it," he said. "But I also expected to be released after a short time and not to face the possibility of being locked up for life. I thought my country was freer and more democratic today."

Akhanli's story begins in the turbulent 1980s. As a left-wing political activist, he joined the illegal Revolutionary Communist Party of Turkey (TDKP) after the 1980 military coup and became an underground fighter against the ruling junta. He was arrested in 1985, convicted of membership in a terrorist organization and tortured at the notorious military prison in Istanbul.

The regime released Akhanli after three years, but it kept him under surveillance as a potential enemy of the state. In 1991, he and his wife and two children fled to Germany, where he was granted political asylum. He began writing in Cologne, where he penned his trilogy "Kayip Denizler" ("The Disappearance of the Sea"), in which he takes an unsparing look at his country's history.

In the trilogy, Akhanli deals at length with the question of why violence, torture and despotism are still a reality in Turkey today. The author is convinced that the reasons lie in Turkey's denial and repression of the Armenian genocide. In the third volume of the trilogy, the only one that has been translated into German so far, "Kiyamet Gunu Yargiclari" ("The Judges of the Last Judgment"), Akhanli describes the first genocide of the 20th century. In doing so, he commits an egregious violation of a Turkish taboo.

The author wasn't exactly surprised when friends in Turkey told him that his name was on a Turkish wanted list. Akhanli is suspected of involvement in an armed robbery that resulted in the death of a person.

The robbery in question was committed at an Istanbul currency exchange office in October 1989. A man was killed in the incident, but the culprits got away and were never caught. The case was closed after only three weeks.

Investigators reopened the case three years later, in 1992. Although the robbery had never been treated as a politically motivated crime in the past, members of the Turkish counterterrorism police were now involved. They subpoenaed two principal prosecution witnesses. One of them, a leftist activist named Hamza Kopal, testified that he and Akhanli had planned and committed the 1989 crime together.

Kopal later said that the only reason he had given the police Akhanli's name was that he knew that his friend was safely in exile in Germany. He also withdrew his confession a few months later, saying that he had made it under duress because the police had tortured him. Kopal and the other principal prosecution witness were acquitted of all charges in 1994, but Akhanli remained a suspect.

For the Turkish counterterrorism police, the robbery was not a criminal offence but a politically motivated one. The investigators claim that Akhanli committed the robbery as a leading member of an obscure terrorist group called THKP-YKB-HKG, and that the money was to be used to finance a revolutionary overthrow of the government. The officials completely ignored the fact that this organization, according to the Turkish Interior Ministry, was only founded in 1991, or two years after the armed robbery.

'A Talent for Pinning Unsolved Crimes on Leftists'

For Akhanli's attorney Haydar Erol, it is obvious that his client is being set up. "Unfortunately, our police have a talent for pinning unsolved crimes mainly on leftists. This is practical, because it enables them to get rid of an unresolved case and a political enemy at the same time."

But in the Akhanli case, the two principal prosecution witnesses weren't the only ones to withdraw their statements. The sons of the victims, who were in the currency exchange office at the time of the crime, also said later that they had not identified the culprits. Akhanli was certainly not one of them, one of the two sons said shortly after the author's arrest in August. Instead, he said, he hoped that the authorities would finally find his father's "real murderers."

According to Erol, the prosecution's case now contains just a single piece of evidence against his client: the statement of the witness Kopal, which was allegedly extracted through torture.

The prosecution's evidence is so thin that it would probably not even lead to a trial in any country of the European Union, which Turkey wants to join. But it's a different story in Istanbul. "Unfortunately, this isn't about solving a crime," says Akhanli's attorney. "It's about a show of power by revanchist circles in Turkey."

A look at the jurists involved in the case illustrates what the attorney is talking about. They include the judges Seref Akcay and Oktay Acar, who one observer of the case characterizes as "uncompromising steel-helmet Kemalists." Both men attracted attention at the beginning of the year when they acquitted dozens of Turkish officers who had allegedly been involved in a plan to overthrow the government of Prime Minister Recep Tayyip Erdogan.

Prosecutor Hüseyin Ayar is also refusing to acknowledge the witnesses' withdrawal of their earlier testimony. "The coup leaders and their supporters want to demonstrate that they are still in control of the courts and can convict people at will," says Halil Ibrahim Özcan of the Turkish section of PEN, the worldwide association of writers.

"I feel like Kafka's fictional character Josef K.," Akhanli wrote to SPIEGEL in early October, from his cell in Tekirdag. "If I wasn't in danger of being sentenced to life in prison, this charge would actually be an amusing piece of literature."

Two months later, Akhanli has lost his last shred of humor. All he feels today, he told his lawyer Erol, is anger and sadness. On Nov. 27, Erol brought his client a devastating piece of news: His father, whom he had come to Turkey to visit, had died.

Akhanli was unable to attend the funeral. His petition for temporary release was denied. 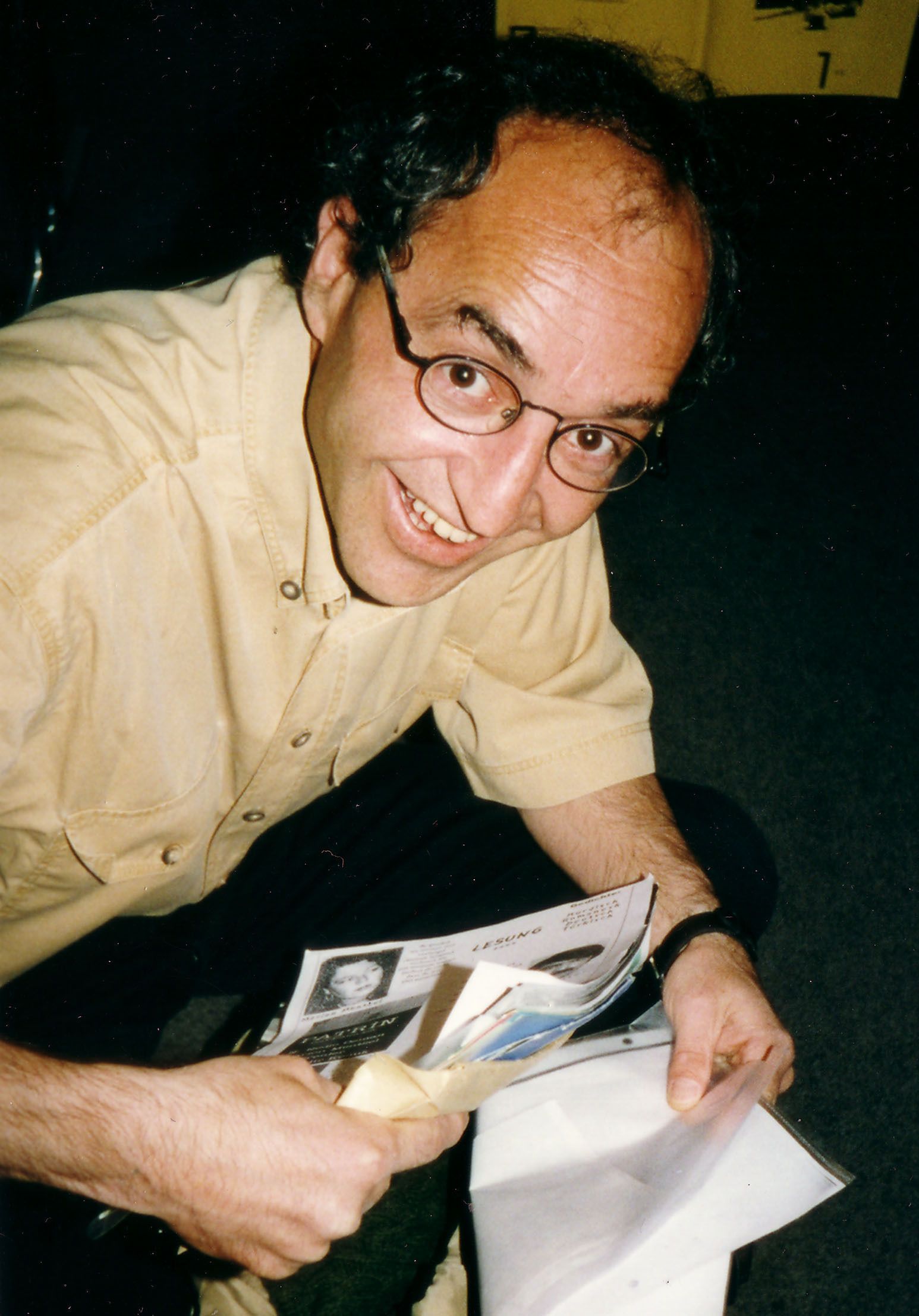 After living in exile in Germany for 19 years, German-Turkish writer Dogan Akhanli (seen here in an undated photo) flew to Istanbul to visit his dying father, but was arrested at the airport. The Turkish state has a score to settle with the author, who is accused of involvement in a robbery and a murder. 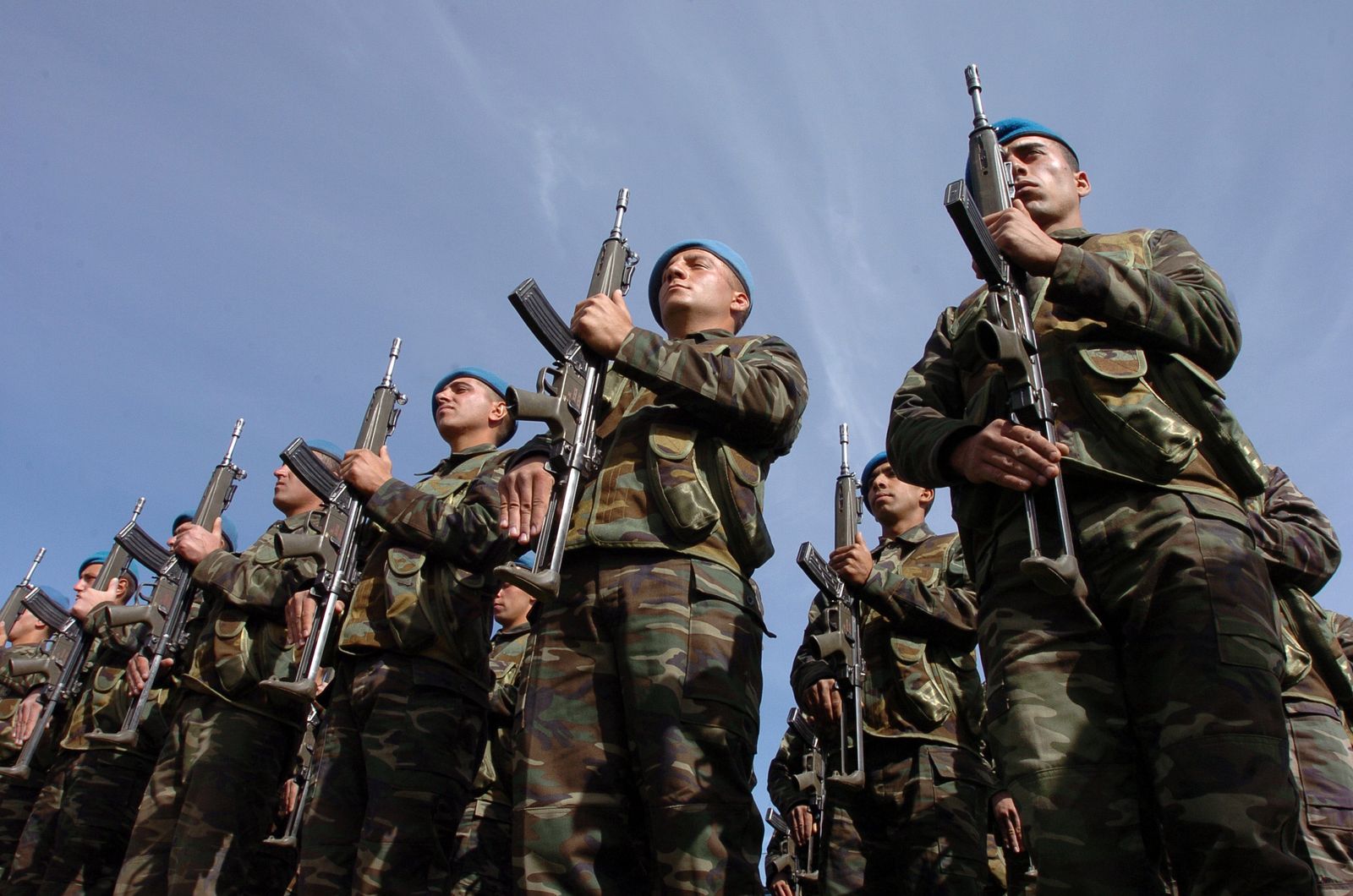 A Turkish military parade (2007 photo): "This isn't about solving a crime," says Akhanli's attorney. "It's about a show of power by revanchist circles in Turkey."