The Atlantic Council is considered one of Washington's leading foreign policy think tanks. The non-partisan institution was founded in 1961 and its honorary directors include former Secretaries of State Madeleine Albright and Condoleezza Rice.

The Council places high value on using a diplomatic tone. So when its members resort to strong rhetoric it causes a stir, especially so now, on the eve of the NATO summit on May 20-21 in Chicago. In a 12-page report titled "Anchoring the Alliance" the Council's experts dissect the future of the defense alliance -- and make Germany into the main scapegoat for NATO's problems.

"A stronger Germany would be the greatest boost to NATO's future," says the study. But the authors say that the exact opposite is actually true, namely there is less German involvement. Germany, which has taken a lead role in the euro crisis, behaves like a "lost nation" when it comes to political and military leadership.

Germany's helpless behaviour has consequences, says the study. "A weak Germany that lacks a capacity to act globally will inevitably weaken NATO," the authors write. "Europe cannot remain a major force within the NATO Alliance if a country of Germany's size, geography, and prosperity makes the kind of deep reductions in defense spending announced by Chancellor Angela Merkel's government in 2011."

Among other cuts, Germany wants to get rid of fighter jets such as the Eurofighter, Tiger attack helicopters and the NH90 transport helicopter. Such steps "undermine European defense projects and restrict Germany's future deployment options," according to experts at the Council.

Such accusations against Germany are not new. At his farewell speech in June 2011 in Brussels, former US Defense Secretary Robert Gates left no doubt that he thinks that the budget burden is unfairly split among NATO countries.

In his sober analysis, he said that NATO has become a "two-tier alliance." He accused some members of cutting their own defense budgets and deliberately exploiting the US, which now shoulders 75 percent of NATO's costs. The Atlantic Council's current study also comes down hard on Britain, where Prime Minister David Cameron's austerity program includes a 7.5 percent cut in defense spending over the next five years. "The trend lines for the capabilities of the UK military are worrisome," argues the report.

The institution's disappointment regarding Germany is especially palpable. The study's authors share the opinion of Polish Foreign Minister Radoslaw Sikorski, quoting his now-famous November 2011 speech in Berlin, where he said: "I will probably be the first Polish foreign minister in history to say so, but here it is: I fear German power less than I am beginning to fear German inactivity."

That inactivity was on display when Germany debated whether or not to support the NATO operation against Libyan dictator Moammar Gadhafi, say the authors of "Anchoring the Alliance." They write: "Germany's decision to opt out of NATO's Libya operation and side with Russia and China in the United Nations Security Council against the United States, France, and the United Kingdom was a serious mistake."

Even worse, say the study's authors, these mistakes are not only the fault of the hapless German foreign minister, Guido Westerwelle, who decided to keep Germany out of NATO's intervention in Libya. Merkel should have overruled Westerwelle, said Nicholas Burns, a former State Department undersecretary and one of the report's authors, at the study's launch.

The sobering result is that trans-Atlantic experts in Washington fear for Germany's relationship with America. That was also confirmed by a recent survey about the future of NATO that Foreign Policy magazine conducted among dozens of experts in Europe and the US.

When asked what will primarily define German foreign policy in 2020, only three experts cited "the trans-Atlantic relationship" with the US. By contrast, 14 experts said the most important influence would be "Berlin's preference for the status quo." 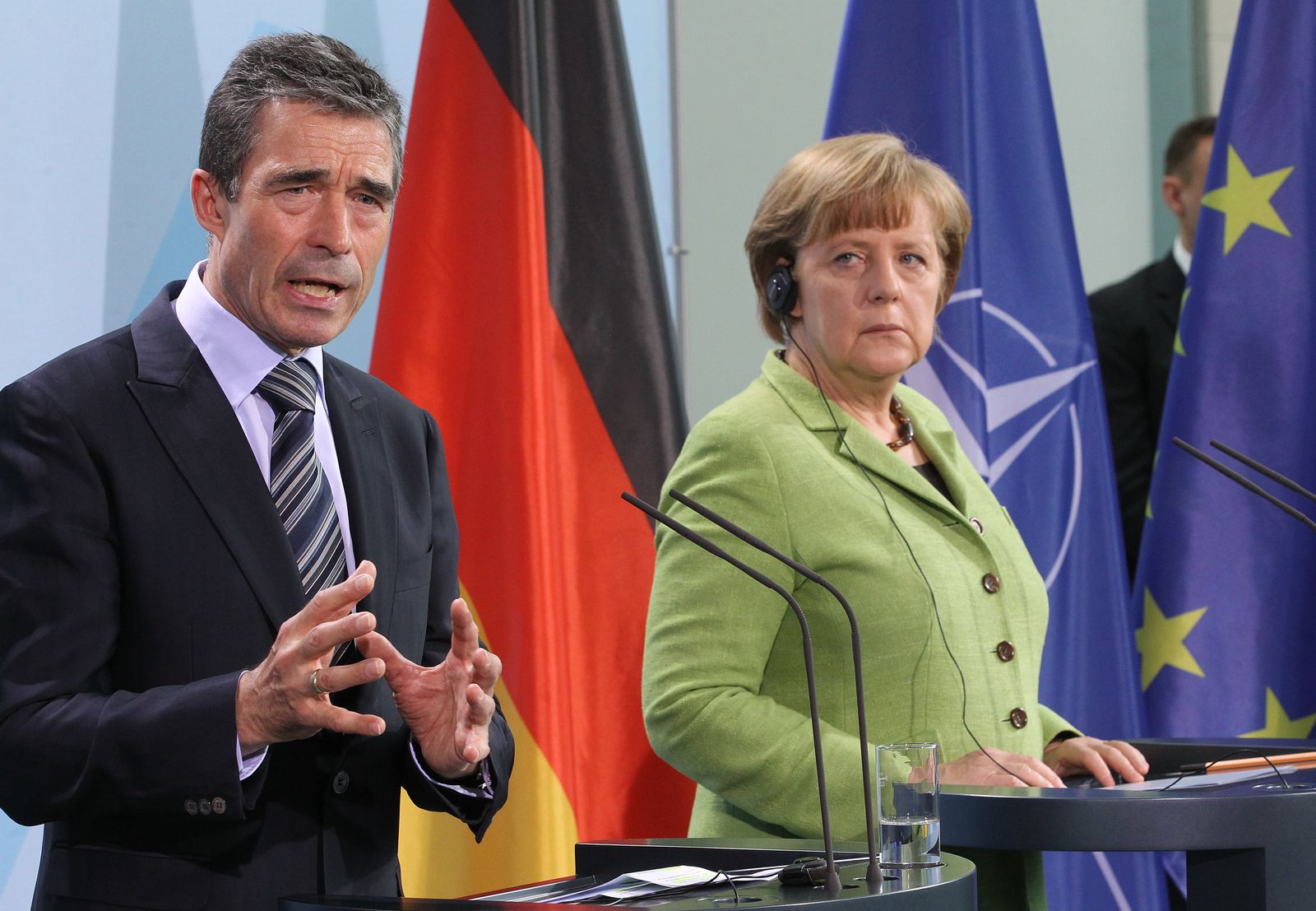