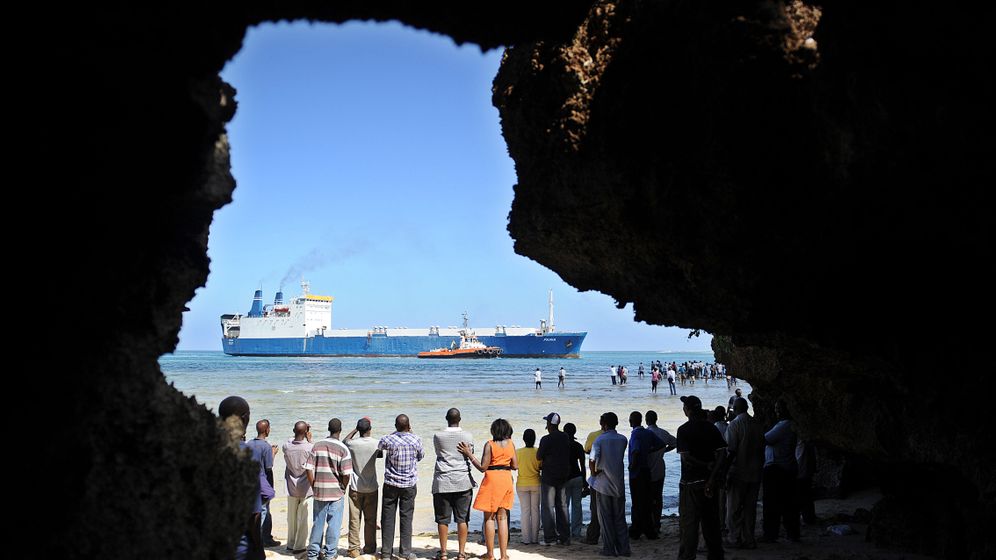 In the moments before the attack, the Hansa Marburg seemed to be cruising peacefully in the Atlantic Ocean. It was April 22, 2013 and, based on its coordinates, the German container ship was about 130 nautical miles southwest of the port of Malabo in the Central African state of Equatorial Guinea -- a long way from the coast.

That's usually too great a distance for an attack by small speedboats. But, on that night, things were different. Within minutes, pirates boarded the freighter, took four hostages and vanished into the night.

The ship, which was sailing under a Liberian flag, is owned by the Hamburg-based shipping company Leonhardt & Blumberg. The firm had to wait several agonizing weeks, until May 24, before it could announce that the four seamen had been released in good health.

The fronts in the guerilla war between the international freight shipping industry and African pirates are shifting. The focus of piracy has moved from east to west, from the Horn of Africa to the Gulf of Guinea. While the Bundeswehr, Germany's military, has enjoyed considerable success off the coast of Somalia with its anti-piracy mission "Atalanta," pirate activity has now moved to a region off the coast of Nigeria. There were already 30 pirate attacks in the region in the first half of 2013, making it likely that this year's numbers will surpass last year's high. The German government now faces a difficult choice: Should it intervene off the West African coast as well? Perhaps even militarily?

A second hostage-taking took place on a German ship in the wake of the Hansa Marburg attack. In April, the City of Xiamen, a vessel belonging to the Emden-based shipping company Lauterjung, was attacked off the coast of Nigeria. The pirates only released its crew after five days.

Germany has now moved to the top of a grim list: It has suffered more attacks on its freight ships than any other country except for Singapore, or nine worldwide in just the first quarter of 2013.

The economic damage is enormous. At the height of the attacks off the Somalian coast in 2011, the German Shipowners' Association (VDR) estimated the total annual cost of ransom money, protective equipment, insurance and detours at around €5.3 billion ($7 billion).

In its report for the first quarter of 2013, the Bundespolizei, Germany's federal police force, reached similarly clear conclusions about the new crisis region. Nigeria ranks well ahead of other African countries, with 11 ships from various nations having been attacked off its coast. When the new quarterly report is released next week, it is very unlikely that the situation will have improved. The recent attacks on the Hansa Marburg and the City of Xiamen won't be reflected until those new statistics are released.

One reason for the emerging problem is the economic upswing of formerly poverty-stricken states like Togo, Ghana and Nigeria. The more goods arrive in the port of Lagos, a city of several million inhabitants, the more pirates are seen in speedboats off the coast.

A New Boom in Oil Piracy

And things are likely to get worse. Whereas 13 percent of European oil imports already come from the region, the volume of gas imports from it to the European Union is set to triple by 2025. The Gulf of Guinea has become the transit region for an entire continent's trade in raw materials.

The growing importance of oil has led to a remarkable specialization among the pirates. As the Bundespolizei has discovered, some gangs now focus exclusively on hijacking tankers. "Over the course of a hijacking that lasts several days, all or part of the oil is pumped into other vessels," says the latest Bundespolizei report on piracy. The attacks share a "great propensity toward violence on the part of the aggressors."

The attacks also often follow a similar pattern. As in the case of the Hansa Marburg, the pirates approach in speedboats. The captured ship is then taken to a prearranged meeting point where the fuel is unloaded. Then things move to land, and a booming trade in freshly stolen goods begins. Government sources say that this is how the United States alone lost one-fifth of its oil imported from Nigeria. With every shipment, the German economy also risks losses.

Nevertheless, Chancellor Angela Merkel's government seems unmotivated to intervene in an international crisis that could potentially involve the country's military. The Chancellery claims that the situations in West and East Africa cannot be compared because West Africa still has reasonably intact states capable of addressing the problem themselves.

This has prompted Merkel to oppose German engagement off the coast of Nigeria: "At the moment, I don't see any plans for a mission," she announced last Thursday in a press appearance at the Chancellery with Nkosazana Dlamini-Zuma, the South African politician who chairs the African Union Commission.

Dlamini-Zuma, on the other hand, was defiant. She stressed that piracy was an international problem even if it was happening off of the African coast, and that the situation off the western coast was different from the one off the eastern coast.

Meanwhile, departments within Germany's foreign, defense and development ministries have been less interested in holding back. Experts there have been working for months to develop concepts for addressing the problem.

Running Out of Time

The Bundeswehr University Munich, which has ties to the German military, has also turned its attention to the new trouble spot. In a recent study, scholars reached a clear conclusion that continued inaction could result in an increase in criminality, terrorism and ethnic conflicts. "West Africa stands at a tipping point," says Professor Carlo Masala, the author of the study. "If the German government is interested in preventing anarchy from breaking out in an entire region, it must aid the affected states." Masala recommends development aid for coast guards and the creation of a maritime "task force," including overseas units from the United States and the European Union.

Although experts have welcomed the proposals, the political administrations in relevant ministries are still stalling for time. But a decison might not be forthcoming before December, when the European Council will address its Common Security and Defense Policy.

Germany may then bring itself to offer support -- at least in cooperation with other nations. "The example of the Horn of Africa showed that the international community can act successfully against piracy with an integrated political approach," says a Foreign Ministry spokesman. Even Chancellor Merkel might consider sending advisers to aid in European efforts.

In the meantime, shipping companies cannot wait much longer for governments to take action. Every day, ships continue to enter unsafe ports, and their crews can often only hope everything will be OK.

Maersk, the Danish shipping giant, has come up with a new trick for minimizing the danger of attack. When one of its ships approaches a risky port in West Africa, it keeps its presence secret from the authorities for as long as possible, and the captain doesn't radio port officials about docking until the last moment. This, they say, is the only way to prevent uninvited guests from approaching the ship. 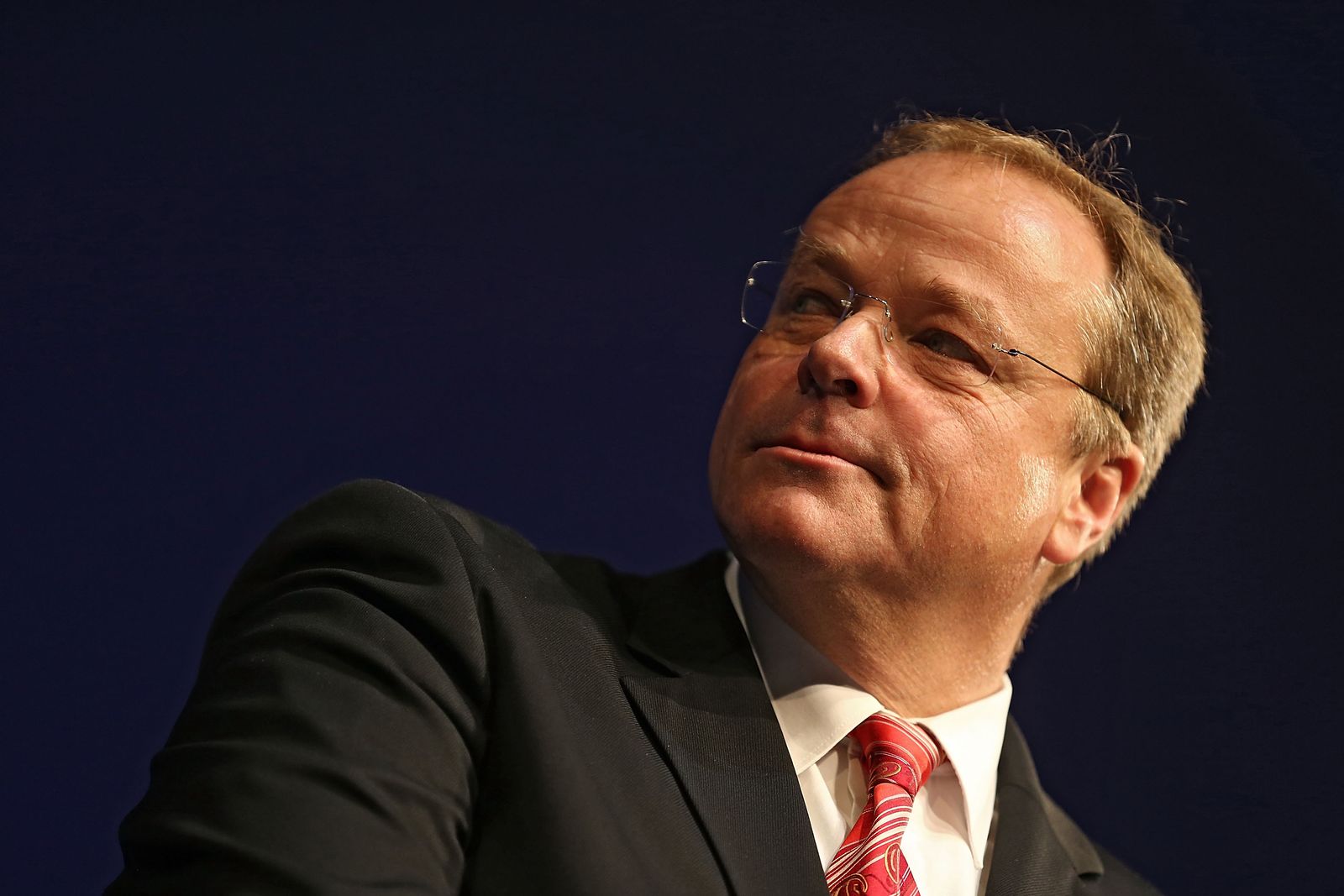