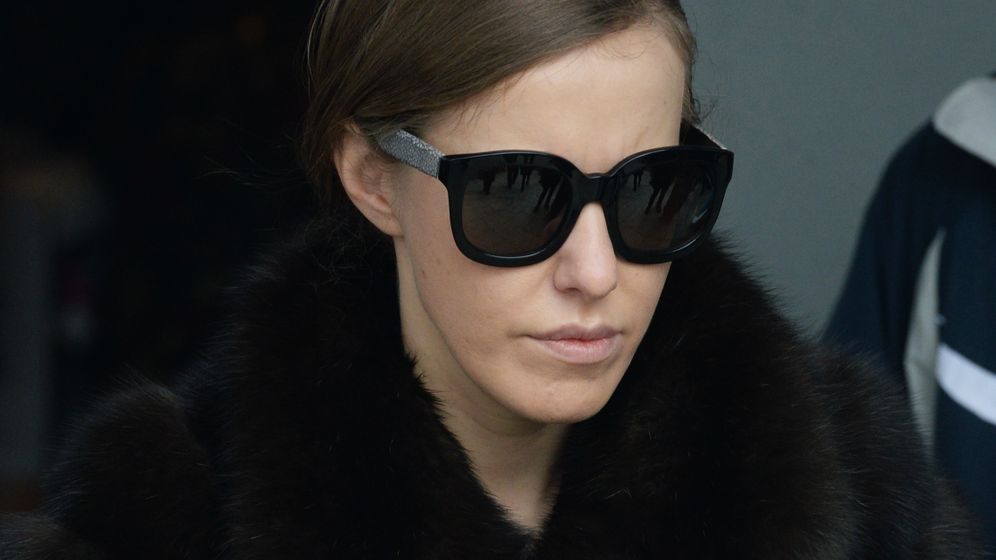 The exact location of Zhanna Nemtsova's new office has to be kept secret due to the death threats she's been receiving in Moscow. Even here in Bonn, Germany, officials are concerned about the safety of the 31-year-old daughter of murdered Russian opposition politician Boris Nemtsov. No longer safe in the Russian capital, she fled to Germany nine months ago. She had also lost faith in Russian investigators.

"I think I can apply greater pressure from here to ensure that my father's murder is fully investigated," says Nemtsova, whose book "Shaking Up Russia," has just been published in Germany. The writer also currently works as a reporter for Germany's international broadcaster Deutsche Welle. Meanwhile, she's pushing for the Council of Europe to assign a special rapporteur to the investigation into her father's death.

Just over a year ago, on Feb. 27, 2015, assassins gunned down her father near the Kremlin, striking the politician in the neck, lung, heart and liver. The attack served as proof that Russia is no longer safe for those who dare to criticize the government -- and even former governors and deputy prime ministers aren't immune from the threat. After Nemtsov's death, fear quickly spread among opposition politicians that they could be next.

In addition to Nemtsova, two other women also fled abroad in the wake of the murder. The first is Ksenia Sobchak, the daughter of former St. Petersburg Mayor Anatoly Sobchak, who was once a political mentor to Vladimir Putin. Her name is believed to have been placed on the same hit list as Boris Nemtsov.

Then there's Maria Gaidar, the daughter of economic reformer Yegor Gaidar, who served as acting prime minister under Boris Yeltsin after the collapse of the Soviet Union.

There's one thing linking all three of these women: Their fathers were all top politicians at the time when the Soviet Union gave way to the nascent, democratic Russia. The women all grew in liberal homes and with the feeling that democracy and rule of law would ultimately prevail in their country. Early on, they viewed Vladimir Putin as a beacon of hope for Russia's future, but today they see him as the man who is personally putting the nail in the coffin on freedom and human rights in the country. None of the three believes that their fathers' ideals will prevail in the near future. Sobchak has since returned to Moscow, but Nemtsova and Gaidar are both preparing to spend years in exile.

"I don't personally hate Putin, even if my father was murdered during his rule," says Nemtsova. As recently as 2009, she praised Putin in the women's magazine Elle for his "strong, exceptional character and his many services to the economy."

Today, though, her assessment of the Russian leader is dire. "President Putin has brought all the media into line," she says during a dinner in the home of a formerly prominent German politician in Cologne. "He has provided new corrupt oligarchs close to him with access to the state's feeding troughs. Our economy is constantly crashing, in part due to Kremlin policies. Many of the best are leaving Russia, the kind of people my country actually urgently needs."

The politician, Gerhart Baum, is a member of the business-friendly Free Democratic Party and served as Germany's interior minister in the late 1970s and early '80s. Nemtsova is discussing the possibility with Baum of establishing a Boris Nemtsov Foundation for Freedom in honor of her father. The organization would award a prize each year to people who have made "significant contributions in promoting European values in Russia." At the dinner, Baum's wife asks if Nemtsova plans to return to Russia. "When my country adheres to the rule of law," she answers.

Some 2,200 kilometers (1,367 miles) away from Cologne in Odessa, a port city in southern Ukraine, a kindred spirit of Nemtsova's who also happens to be the same age is repeating exactly the same mantra. Like Nemtsova, Maria Gaidar also went into exile and says she won't return to Russia until democracy and rule of law prevail. There are two flags on her desk in room 311 of the government building of the governor of Odessa: one of the European Union and the other of Ukraine.

She wears a pant suit, a black pullover and a small armband in Ukraine's national colors. She has served as social and health minister under Mikhail Saakashvili, governor of the Odessa Oblast, since July. Her official post is the greatest possible provocation for the Kremlin. Gaidar, the child of a brilliant intellectual family, has placed herself at the service of the much-hated Maidan revolution and is working for, of all people, one of Moscow's worst archenemies. Governor Saakashvili previously served as president of Georgia. In the United States, where he long lived, he was considered a reformer and a champion of democracy. Back in his home country, he is currently under investigation for alleged corruption and abuse of office.

'Give the People Back Their Elections'

Russia's state-controlled media angrily lambast Gaidar as a traitor to her country, with Russian novelist Eduard Limonov even having said that the politician and her entire family ought to be shot.

"My family is used to attacks like that," Gaidar says. Her father was the subject of considerable hatred as a result of his neoliberal economic reforms. Now she too wants to fight for causes she believes are just, and Gaidar is willing to become a publicly hated, martyr figure if that's what it takes.

Very early on, Gaidar demonstrated against Putin's increasingly authoritarian policies with spectacular protest actions. In November 2006, she rappelled from a bridge located close to the Kremlin and hung up a sign reading, "Give the people back their elections, you bastards!"

When Putin installed Dmitry Medvedev as president in 2008, Gaidar began infiltrating the institutions in her own way, with her political ascent to the role of deputy governor of the Kirov Oblast in central Russia and also its social and health affairs minister. She holds the very same positions today -- just in another country.

Gaidar is seeking to help "demonstrate that you can still create democracy and a market in Ukraine despite the legacy and ruins of the Soviet Union." It's now dark outside. With a heap of files packed under her arm, the health minister makes her way to her official car, a modest Skoda. She's heading to a meeting of Maidan revolution activists. Her plan is to stay for 30 minutes, but she winds up sticking around for two hours.

Nine men, a young female doctor and a middle-aged woman sit on threadbare chairs. An entrepreneur presents a policy proposal several pages long that includes his plan for increasing tax revenues. "We need three or four companies that will publicly state that they will stop evading taxes and, by doing so, serve as an example," he says. But his fellow campaigners say they fear it won't work because everyone prefers the corrupt old system. The longer the evening goes on, the gloomier the mood becomes. "We can't allow ourselves to be consumed by revolutionary romanticism and activist rhetoric," Gaidar says. "You guys should get elected into parliament and then attend the public committee meetings." In the end, they agree on a plan that would involve making the earnings of members of parliament and their families more transparent and posting them on the Internet.

The Limits of Kremlin Criticism

Another icon of the anti-Putin movement preceded Gaidar in making the trip to Odessa: Ksenia Sobchak, an It Girl, journalist, actress and daughter of a deceased former mayor of St. Petersburg who had been a confidant of Putin. Last summer, Sobchak came here to interview Saakashvili for Russian opposition broadcaster Dozhd.

On a Wednesday in February, Sobchak is again sitting in the Dozhd TV studio. Four years ago, no other broadcaster was as vociferous in its criticism of Putin's return to the Kremlin and election manipulations than the channel. Sobchak appeared at the time in front of tens of thousands of protesters. Then as now, she is not uncontroversial, because she is often associated with the same people she can be heard criticizing.

On this particular day, she has invited two actors and a filmmaker who have made a comedy critical of the system, to appear on her show, "Sobchak Live." The film's plot goes like this: The Kremlin issues the order for free and fair elections to take place. With people in the country having been exposed to manipulations and falsifications for so long that they've gotten used to it, nobody knows quite how to deal with the order. It turns out that criticism veiled in satire is still possible in today's Russia. "As long as you don't directly attack Putin," one of the filmmakers says.

A similar logic has been applied to the investigation into the Nemtsov murder. Six weeks ago, the Russian Investigative Committee looking into his murder announced its probe had been completed and that five Chechen men being held in jail had clearly been the perpetrators. Nemtsov's family believes that too -- their only complaint being that the "backers of the attack have been left untouched."

As seen after the murder of Russian investigative journalist Anna Politkovskaya in October 2006, there appears to be a pattern in the Kremlin's approach: The investigation is allowed to go just far enough to ensure it doesn't lead to its own doorstep. The deception appears to be particularly pronounced in Nemtsov's case. After the opposition politician's murder, Putin disappeared for 10 days. This led to speculation well beyond the American intelligence services of a brutal power struggle behind the scenes. It is believed that a major clash ensued between the FSB domestic intelligence agency and Ramzan Kadyrov, the despotic head of the Chechen Republic.

Ksenia Sobchak also expressed sharp criticism after the Nemtsov shooting. "There is no Putin who issued the order to murder," she said at the time. "But there is a Putin who created this infernal machine and lost control of it."