In September 2013, eight Ukrainians and a Russian departed Georgia on a beat-up freighter, apparently heading for Mozambique. Their ship was already in bad shape before it even left the Black Sea port of Batumi. Called the Rhosus, the vessel was leaking, its alarm system was faulty and so was its rescue equipment.

But the cargo on board was extremely volatile: 2,750 tons of ammonium nitrate in a highly concentrated variant, the kind used to make explosives, with a nitrogen enrichment level of almost 35 percent. Seven years later, on August 4, 2020, it would devastate parts of Lebanon's capital city Beirut, killing around 200 people and injuring thousands.

Since then, the world has taken an interest in the Rhosus and its history, with investigators trying to piece together the details of its final voyage. How did the Rhosus end up in Beirut? And who had really ordered the explosive chemicals?

Thus far, the story has been that the ship belonged to a Russian man named Igor Grechushkin. The cargo was reportedly destined for a company called Fábrica de Explosivos de Moçambique, or FEM for short, a Mozambican explosives manufacturer.

But joint reporting conducted by DER SPIEGEL and the journalism network called the Organized Crime and Corruption Reporting Project (OCCRP) has now raised doubts about that narrative. The reporting has found that possibly it was not Russian national Grechushkin who owned the Rhosus, but rather the Cypriot businessman Charalambos Manoli, who maintained a relationship with the bank used by Hezbollah in Lebanon. And a considerable amount of the ammonium nitrate stored in the port of Beirut appears to have gone missing before the explosion in August.

Did the crew of the Rhosus ever even intend to sail the ship to Mozambique? Is it possible that its explosive cargo was actually destined for Hezbollah, the Islamist party and militia that operates in Lebanon as a state within a state and is involved in wars from Syria to Iraq?

In any case, Manoli made every effort to conceal the ownership of the Rhosus. One of his companies arranged to have the Rhosus registered in Moldova. Another company, Maritime Lloyd in Georgia, certified the seaworthiness of the ailing freighter. Ultimately, Russian national Grechushkin only chartered the ship through his company Teto Shipping, which is registered in the Marshall Islands.

When questioned by OCCRP, Manoli initially claimed that the vessel had been sold to Grechushkin already in may 2012, only to then concede that the Russian first had only chartered the ship. With the last installment the ownership had finally passed to Grechushkin.

Grechushkin did, in fact, give the orders to the crew on the Rhosus. He also gave the order that the Rhosus was to make an unscheduled stop in Beirut on its way from Georgia to Mozambique. The official reason sounds dubious: Grechushkin claimed that he didn’t have enough money to pay for the Rhosus’ passage through the Suez Canal. Which is why it needed to pick up additional cargo in Beirut to be delivered to Jordan. The freight consisted of "12 large trucks, 15 small ones, one 40-foot container and two 20-foot containers," states a report by the Lebanese Transportation Ministry.

The fleet of vehicles was to be stowed on the deck of the Rhosus. But the problems began during the loading of the very first vehicle, which rammed a door as they tried to maneuver it onto the deck. The loading procedure was aborted as a consequence.

Ultimately, the Rhosus never left Beirut. At least two companies that the Rhosus owed money to had the freighter seized, including one that rented generators, from which Manoli in the name of Grechushkin had previously rented a generator for the ship. The Beirut Port Authority also found that the Rhosus was not seaworthy.

The Lebanese authorities apparently didn’t know that also Manoli came into consideration to be the true owner of the Rhosus. In any case, his name doesn’t appear in any of the correspondence, which was voluminous.

In contrast to Grechushkin, the Russian who chartered the vessel, Manoli did have business relations in Lebanon. Court records show that Manoli took out a loan back in 2011 for $4 million from the Tanzanian FBME Bank to finance the purchase of another ship, the Sakhalin.

FBME isn’t just any bank. American investigators have accused the institution of acting as a money launderer for Hezbollah. Another of the bank’s customers was a suspected Syrian front company that had been involved in the country’s chemical weapons program. It was to this bank that Manoli owed money.

Only one month after he received the loan, Manoli’s company Seaforce Marine Limited, based in Belize in Central America, defaulted on the first installment. Manoli had offered the Rhosus as collateral, but FBME suspected that the shipowner wanted to sell the vessel and seized Manoli’s real estate holdings in Cyprus.

Internal FBME documents show that Manoli still owed the bank 962,000 euros in outstanding debt in October 2014. Manoli denies any connection between his debts and the fact that the freighter was stopped in Beirut. However, one investigator notes that FBME is notorious for pressuring defaulting borrowers into doing favors for dubious customers like Hezbollah.

A spokesperson for FBME Ltd commented: "Neither FBME, the Saab family, their associates, nor the Federal Bank of Lebanon had any involvement with the MV Rhosus. FBME Bank did provide, in around 2012, a loan to SeaForce Marine Ltd, owned by Mr. Charalambos Manoli, for the purchase of the MV Sakhalin. This loan was accordingly secured against the MV Sakhalin, which has since been scrapped. Neither Mr Manoli nor SeaForce Marine Ltd made any repayments towards the loan, and the Bank initiated legal proceedings against them. Since the Administrators took over the Bank in July 2014, we are unaware of the current status of the case. The MV Rhosus was never collateral for the loan and FBME Bank never had any involvement either with its financing or ownership. We believe these allegations are commercially motivated and confirm that we have no relationship with Hezbollah."

The official buyer of the ammonium nitrate, FEM in Mozambique, was also a subject of investigations. Spanish authorities conducted an investigation into the company Moura Silva e Filhos, which holds 95-percent ownership of FEM, in connection with the Islamist terrorist attacks in Madrid in 2004. Even though they didn’t ultimately obtain a conviction for aiding terrorists, investigators determined that 785 kilograms of explosives were not listed in the company’s books.

However, FEM never claimed the 2,750 tons of ammonium nitrate that was stranded in Beirut on the Rhosus, even though the chemicals were at no point officially confiscated by the Lebanese authorities.

In 2015, the broker for the ammonium nitrate had a lawyer request that the Lebanese authorities inspect the quality and quantity of the cargo. Oddly, though, the court records do not show any attempt by the broker to recover the cargo, which had an original value of $700,000.

Manoli likewise didn’t make any efforts to reclaim the ship, which eventually sank outside the port in February 2018. Purported Rhosus owner Grechushkin could not be reached for comment.

Ultimately, the ammonium nitrate was an abandoned freight: No one admitted to having paid for it and no one tried to recover it.

In the end, the highly explosive chemicals were stored for six years in Hall 12 at the Port of Beirut. The authorities, particularly customs officials, warned repeatedly that the ammonium nitrate needed to be removed from the port. But the petitions were sent to the wrong court so persistently that it is difficult for lawyers involved to believe in mere incompetence. Is it possible that the intent was for the ammonium nitrate to remain in Hall 12?

Another inspection of the cargo in spring 2020, this time by the Lebanese state security, raised doubts as to whether all 2,750 tons of the ammonium nitrate were still there. One of the warehouse’s gates was missing and there was a large hole in the south wall, they warned. "If a theft were to occur, the perpetrators could use these goods as explosives." But the state security officials apparently didn’t count or measure the exact amount of ammonium nitrate that was still left in the warehouse at the time.

Their warning that the warehouse needed to be secured didn’t reach Lebanon’s prosecutor general until June. In mid-July, state security also sent the report to the president and the prime minister. But no action was taken.

It’s still unclear today how much ammonium nitrate was detonated in the August 4 explosion. European intelligence officials involved in the investigation assume it was between 700 and 1,000 tons.

But where did the rest, the much larger quantity of the explosive chemicals, go? That’s one of the many questions investigators will now need to answer.

Editorial note: In the original version of this article it was said that the shipping magnate Manoli was the real owner of the »Rhosus«. However, he claims that ownership of the vessel passed to Grechushkin in August 2013 - just before the voyage to Beirut. We have clarified this accordingly. The ship was seized in Beirut, among other things, because of the debts for a diesel generator that Manoli had rented for Grechushkin in August 2013. The report initially erroneously stated that it was about debts from two Manoli’s companies. 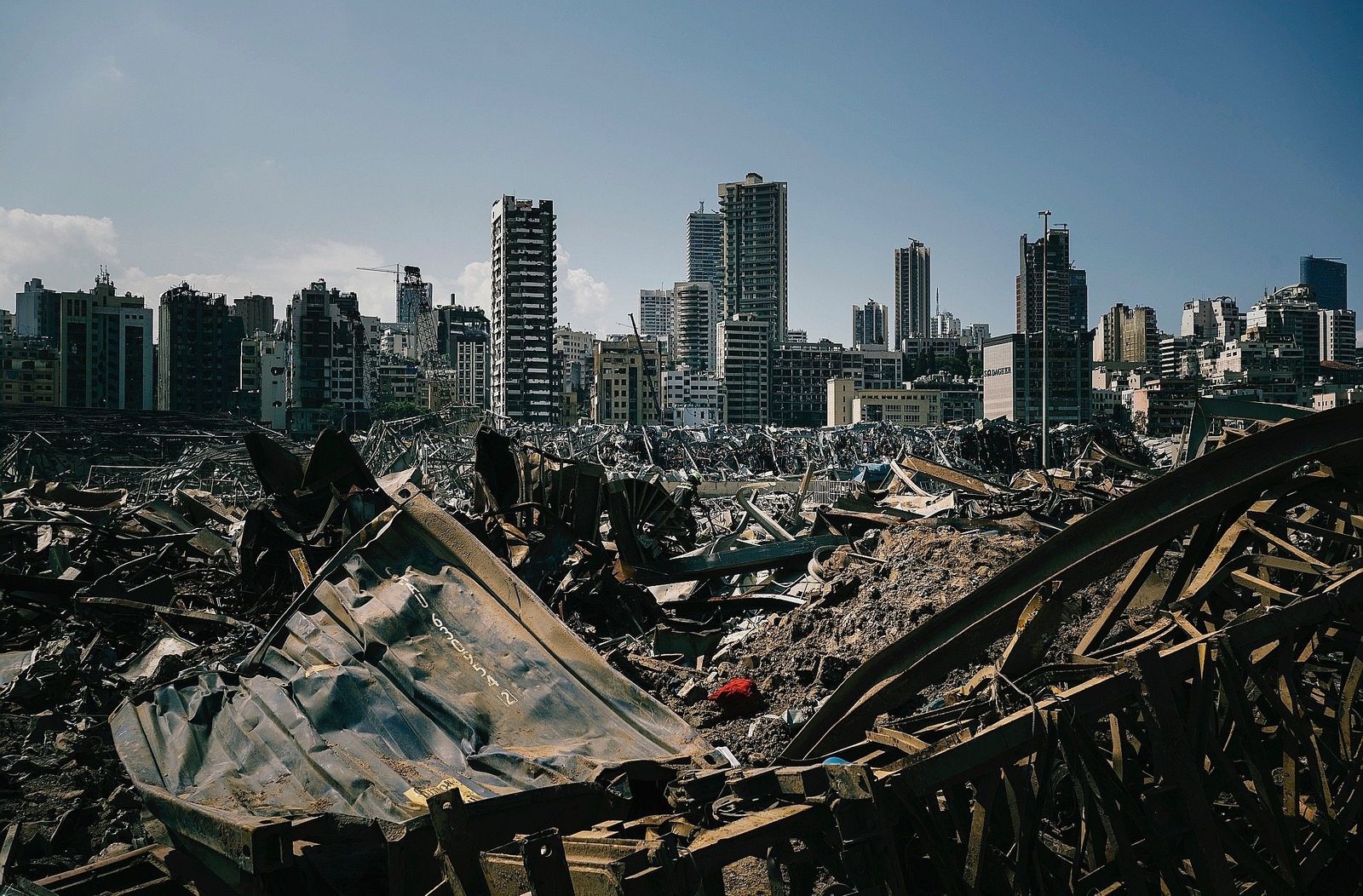 The destroyed Port of Beirut: There were plenty of warnings about the deadly ammonium nitrate, but nothing was done. 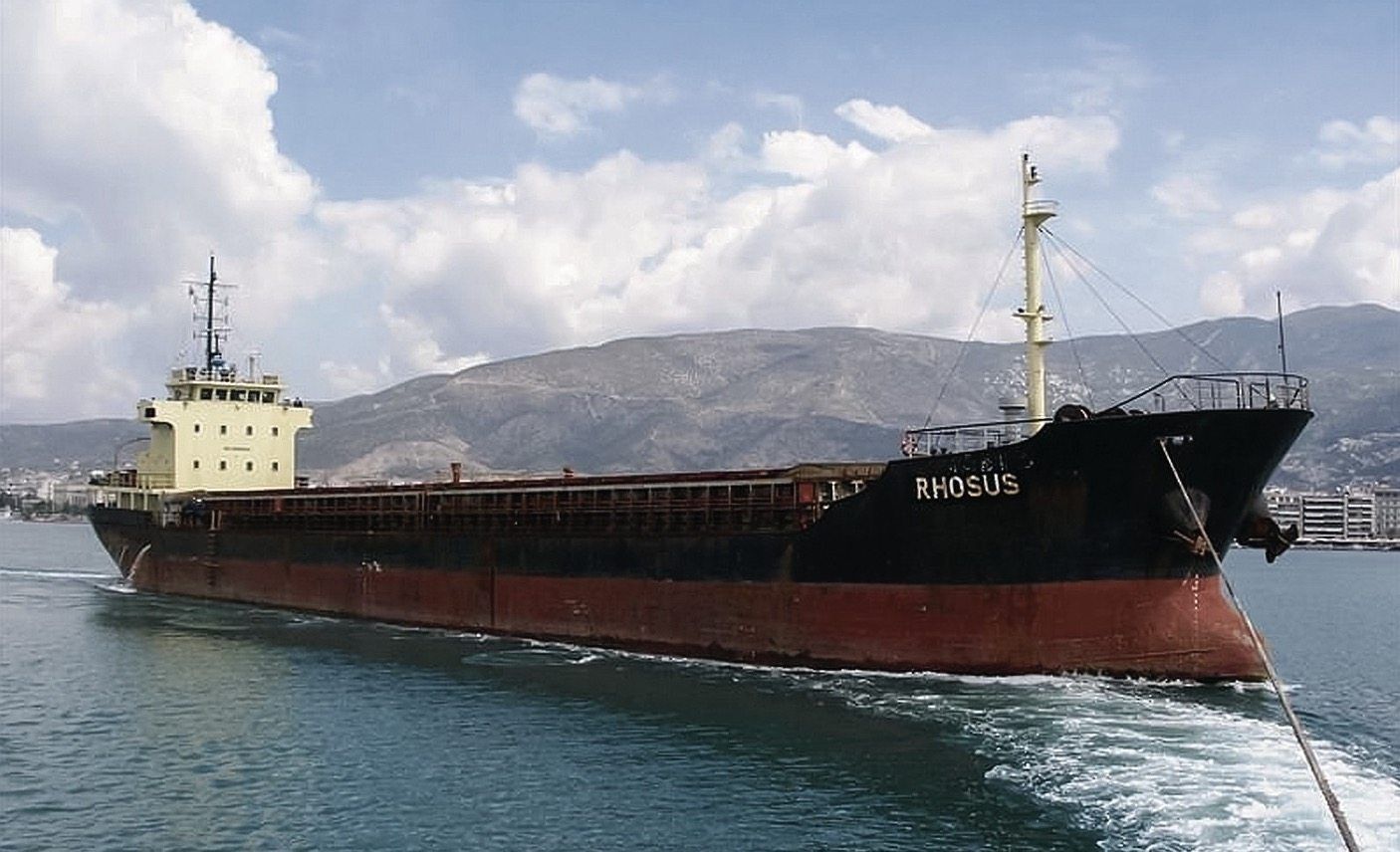