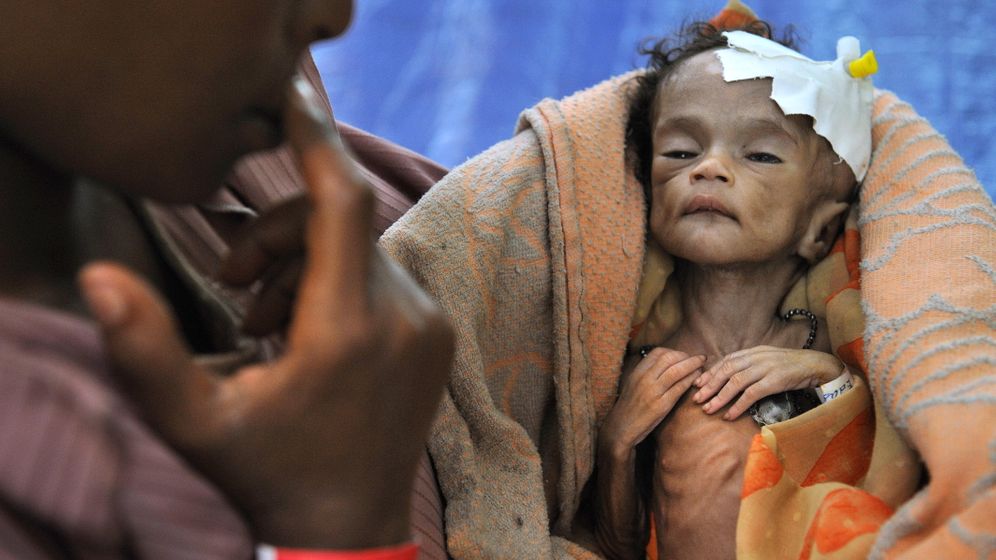 Development aid to Africa is a blessing for all those directly involved -- both on the giving end and on the receiving end. Functionaries on the donor side, at least those abroad, earn good money. Many of those on the receiving end, for their part, know how to organize things in such a way that their own personal interests don't get short shrift.

There is no reason for these two groups to be interested in changing the status quo. Yet even so, some within their ranks are starting to suggest the situation as it stands cannot continue. The development aid of the past 50 years, they say, is hardly justifiable given the disappointing results. Even individual donors, who know little about how development aid works in practice, increasingly sense that something might be amiss.

They're right. The aid has failed to a large extent.

We have taken on too much responsibility for solving African problems. We have essentially educated them to, when problems arise, call for foreign aid first rather than trying to find solutions themselves.

This attitude has become deeply rooted in Africa. This self-incapacitation is one of the most regrettable results of development cooperation thus far. Poorly designed development aid has made people dependent and accustomed them to a situation of perpetual assistance, preventing them from taking the initiative themselves. It is this situation which represents the greatest damage done, far worse than the enormous material losses engendered by failed aid projects. And there are many. Africa is strewn with idle tractors, ruined equipment and run-down buildings.

On our side, the view has taken hold that we are primarily responsible for developing Africa. At the 2nd Bonn Conference on International Development Policy in August 2009, then-German President Horst Köhler, an experienced and dedicated African development activist, spoke about an energy partnership established between Germany and Nigeria two years previously. His conclusion:

"I cannot discern that the amount of electricity in Nigeria has increased since then. And I find it shameful for the industrialized countries, as well as for those responsible in Nigeria, that this large country, rich as it is in resources essentially, can't advance its socio-economic development because it hasn't yet managed to bring electricity to its rural areas. I find this shameful for the entire development cooperation that has existed for decades."

Here, the fact that Köhler mentions the industrialized countries before Nigeria when discussing responsibility for the failure is notable. More notable, however, is that he mentions the industrialized countries at all. Are we really the ones who should feel ashamed that one of the world's largest oil exporters isn't capable of providing its rural areas with electricity? Simply asking the question is enough to show how absurd the thought is -- and how deeply rooted the misconception.

This mothering mindset, widespread in industrialized countries for decades, is in direct violation of the subsidiarity principle. This principle states that providers of aid, whether private or governmental, should not assume any duties that could be carried out by the receiver country itself. Furthermore, it mandates that aid be given such that those providing it can cease giving as soon as possible.

The subsidiarity principle should have been key to designing this cooperation from the beginning. In reality, it has played far too small a role.

The donor side is certainly not lacking in theories, clever strategies or concepts -- international development agencies have cabinets bursting with them. What's lacking is a basic understanding and clarity when applying principles. The realization that northern countries cannot develop the South -- that people and societies can only do so themselves -- is given plenty of lip service. In practice, however, the idea hardly plays a role at all.

Development experts sent to Africa come from societies that tend to value efficiency and speed to a greater degree than is generally found in Africa. Furthermore, foreign aid workers, as a rule, only spend a few years in a target country. Their desire to "achieve something" often leads them to do more than they should according to the subsidiarity principle. But by doing so, they inhibit Africa's own momentum and prevent it from growing stronger.

A further breach of the subsidiarity principle is found in the existence not only of the immense national and international development agencies, from the German Society for Technical Cooperation (GTZ) to the World Bank, but also of myriad private organizations both small and large that cover the continent with their network of charitable works.

These are the de facto occupying powers of the post-colonial period.

The second tenet of the subsidiarity principle holds that aid should become dispensable as quickly as possible. In Germany alone, the livelihoods of up to 100,000 people are dependent on the development aid industry. One can imagine the outrage that would result should someone seek to dismantle these agencies. But exactly that should ultimately be the raison d'etre of these agencies. After decades of providing aid, their continued existence is proof of their failure.

It is contrary to the logic of subsidiarity to give a person something that he or she could acquire or produce on their own. Yet in the hopes of doing good, we have done exactly that far too often in recent decades, whether it be a grain mill in a village or a council of GTZ experts for a government ministry. A considerable portion of Germany's bilateral aid, amounting to more than €1.5 billion ($2 billion) per year, is given as grants -- in other words, as a gift. Indeed, all of the least developed countries tend to receive foreign aid in the form of grants. Two thirds of the countries in sub-Saharan Africa belong to this category.

These perpetual gifts have made partners into beggars, ones who no longer value the things they have been given and consequently have not maintained them well. Apart from a few exceptions, emergency aid being one example, free aid was and remains fundamentally wrong.

The Question of Money

Aid given with no strings attached robs the recipient of competence. The method has resulted in a divorce from reality in Africa, at all levels of society. It's time to accustom our partners to normalcy -- those who want to initiate a project but lack the necessary funds to do so, must take out a loan and pay it back. Indeed, this is where aid from abroad can make a significant contribution: by seeing to it that everyone committed to development has access to loans, and particularly by supporting microcredit programs.

The urge of foreign aid workers to quickly produce results promotes quantitative thinking and gives short shrift to efforts aimed at helping locals learn how to develop themselves. One example of this erroneous notion is the goal among donor companies, adopted 40 years ago, to donate 0.7 percent of GDP in the form of development aid.

It makes no sense to establish amounts before discussing the projects that should be funded with that money. The worst thing about this discussion is that it, once again, is purely quantitative. It feeds the disastrous attitude that more money necessarily means more development. In this way, lessons learned over the past decades are completely ignored.

Instead, people like Bono and Bob Geldof are allowed open access to our governments, where they propagate the "more money" idea -- and where they become stumbling blocks to African development.

Nothing to Do with Development Aid

It is easier to evaluate numbers than the qualitative effects of development aid. We cannot develop others. Only endogenous development -- what people and societies achieve themselves with the power of their own minds and hands -- deserves the name. No one can be developed from the outside.

Many would argue that when development aid brings water pipes and roads to Africa, it stimulates and strengthens local efforts. But perhaps the opposite is true, and the more we do, the more likely it is that our partners will sit back, because foreign aid is taking care of things to their satisfaction. Although the latter has proven to be true a thousand times over, development aid functionaries still overlook it with astonishing consistency.

Pouring further billions into funds for the climate, AIDS and other issues may, in fact, be necessary. But it has nothing to do with development aid. These payments will not cause political leaders in the Sahel countries, for example, to make more of an effort to combat soil erosion on their own. These countries could long ago have begun doing something on this issue -- they could even have used their masses of unemployed youth for the job. But so far, in cases where something has been done, it generally was the product of foreign initiative and not endogenous.

Our development aid has not lent enough support to the efforts of people in Africa themselves. Often it has even been an impediment, because our aid was focused too much on the object and too little on the subject. Too often the project or program, not the people, was the focus. The aid passed the people by.

The result has placed Africa in an undignified position -- and no amount of money from the enormous, globally organized network of aid organizations will free them. Only Africans themselves can accomplish that. 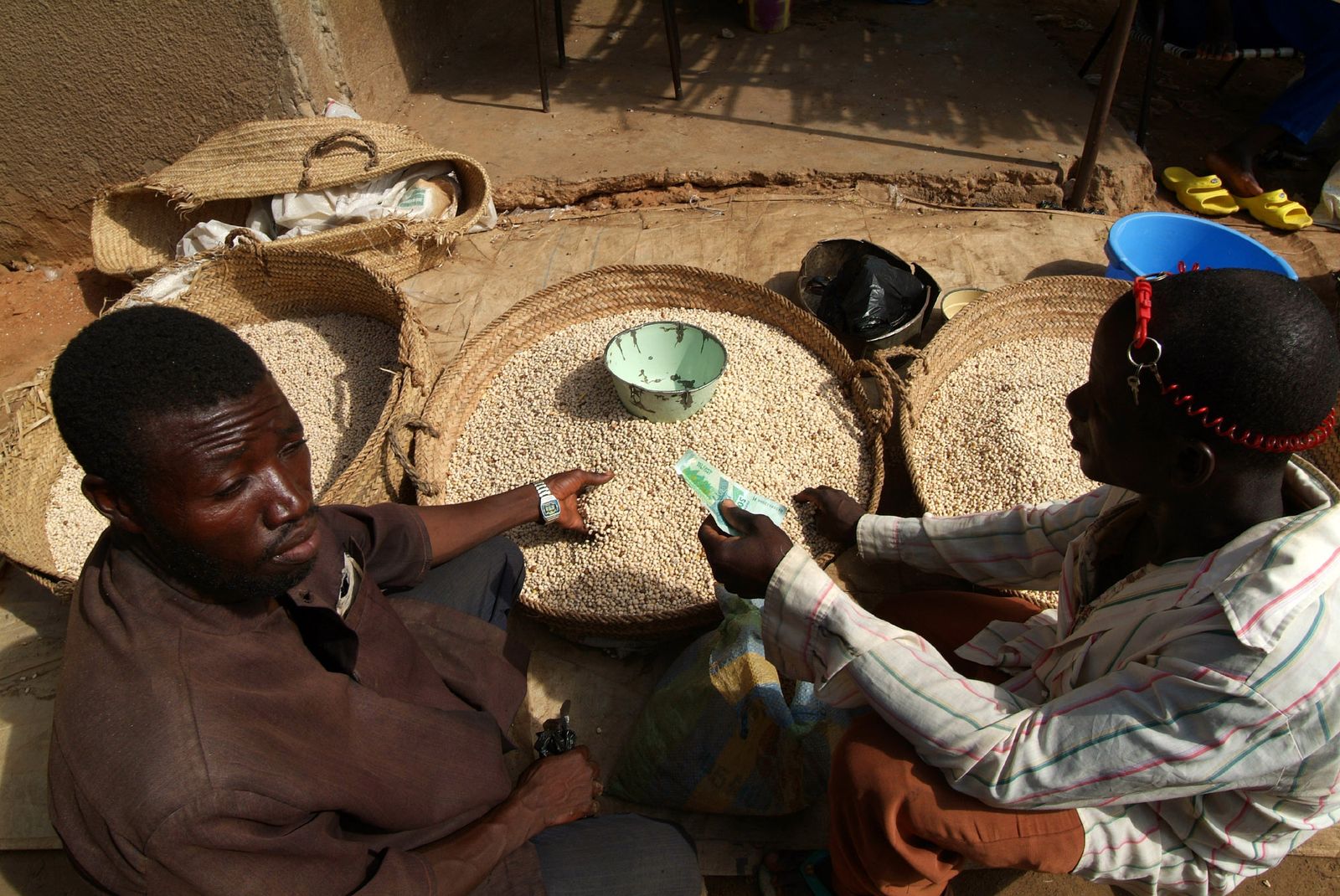