As far as his commander in chief is concerned, the verdict on Pfc. Bradley Manning is already in. Following a fundraiser held in San Francisco in April, US President Barack Obama said that Manning "broke the law."

A small group of Manning supporters had interrupted the president's speech before a well-heeled audience and held up signs saying "Free Bradley Manning!" The protesters then broke into a song lamenting the treatment of the 23-year-old US Army intelligence analyst whom the US Department of Defense has accused of passing on an untold amount of confidential and secret material to the WikiLeaks website.

Even US Secretary of State Hillary Clinton seems to have formed a clear opinion on Manning. She recently told the American magazine Vanity Fair that she cannot fathom how a soldier with psychological problems and a "drag queen" for a boyfriend could embarrass the United States in this way.

These premature judgments at the highest level are as unusual as they are questionable. The presumption of innocence is normally respected even in the United States. But there's hardly anything normal about this case.

For the last 14 months, Manning has been jailed awaiting trial. But no trial date has been set for what will be a military tribunal, which are usually much briefer than trials in civilian courts. The most serious charge against Manning is of "aiding the enemy" by allegedly leaking military secrets, including American war logs from Afghanistan and Iraq as well as diplomatic dispatches. If found guilty, Manning could face the death penalty at worst and decades in prison at best.

Though senior officials apparently passed judgment on Manning long ago, new transcripts of some of Manning's online chat sessions are now being published that throw fresh light on the suspected informant. In the chats, Manning grapples with the issue of being a homosexual in the US Army and comes across as having sophisticated political thoughts. If authentic, the chats provide a striking repudiation of the widely held view of Manning as an unscrupulous traitor. Indeed, with the moral justifications he submits in defense of his actions, Manning meets the key requirements for being categorized a whistleblower.

In previously released passages of an online exchange he had with Adrian Lamo, a former hacker, Manning provides political reasons for his decision to leak classified material. Discussing the diplomatic cables released late in 2010, for example, Manning expresses a desire to trigger debate on what he sees as the "almost criminal political back dealings" of American officials.

In the now-public chat from 2009 that Manning held with Zack Antolak, a 19-year-old activist at the time, the young soldier also expresses his thoughts on the Guantanamo military prison camp. He says he agrees with Obama's efforts to close the prison. Though he acknowledges that some individuals held there are dangerous, he also believes that some of them have only become dangerous because of their time in the camp.

Writing as "bradass87," Manning also explains why a homosexual, free-spirited man like himself would enlist in the US Army, where provincial and homophobic feelings set the tone. He says the motivation was money for college, where he hoped to study physics and maybe even earn a doctorate if he is "smart" enough to do so.

Other passages in his online exchanges seem to shore up speculation that Manning was giving serious thought to a sex change. For example, in one exchange he tells Lamo that he was willing to go by the name "Breanna." He also writes about "three breakdowns" and excruciating loneliness in Iraq.

These transcripts of Manning's online conversations might not just play a role in his own military trial: For months, a grand jury has been meeting in Virginia to consider whether charges should be brought against WikiLeaks founder Julian Assange. One person summoned for the grand jury claims it will be tasked with finding whether there is sufficient evidence to prove a link between Manning and Assange.

In his chats, Manning speaks in detail about his contact with WikiLeaks and the "crazy white-haired Aussie" who reportedly even offered him a job at WikiLeaks. As "bradass87," Manning also describes having poked around in the online archives of the US government and military for a year.

However, the exchanges do not provide any hard evidence that Manning had entered into a conspiracy with Assange. In fact, most evidence points the other way. For example, Manning writes Lamo that Assange knows "very little" about him and that "he takes source protection extremely seriously." He also writes that Assange had just asked him to make some things up about himself, adding: "He won't work with you if you divulge too much about yourself."

Two passages in these exchanges might also cause the Obama administration some discomfort. In them, Manning reveals his own political sympathies. At one point, he proudly recounts having gone to a fundraising gala held for Gavin Newsom, the Democratic former mayor of San Francisco and current lieutenant governor of California. Later on, he even sends Lamo an autographed photo of himself with Newsom.

At another point, he also claims to have a contact in the White House named Shin Inouye. This man really exists, and he happens to be a member of the White House Office of Communications responsible for handling equality issues for President Barack Obama, Manning's commander in chief. 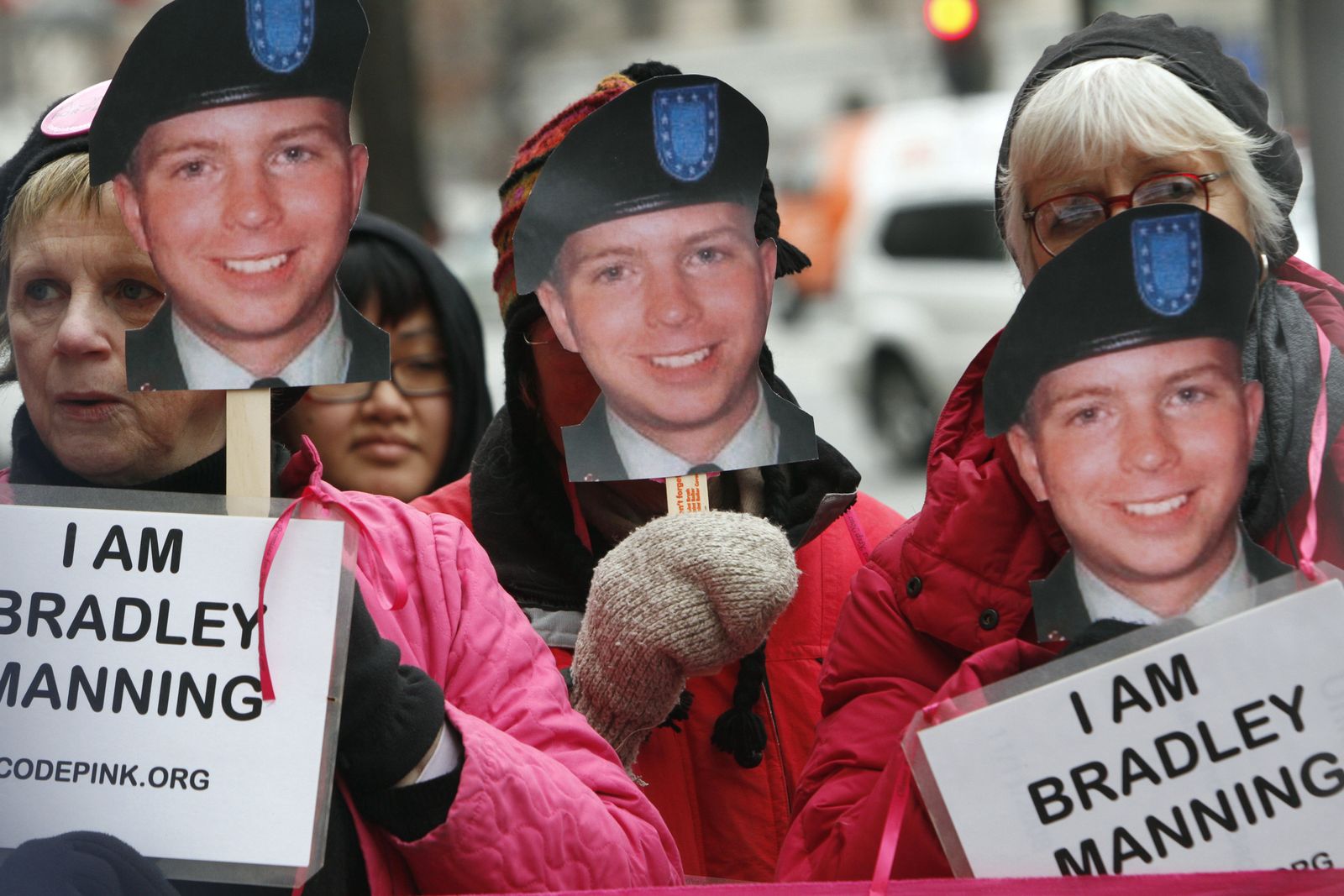