Leading trans-Atlantic analysts have reacted with shock and horror to the weekend revelations by SPIEGEL regarding the extent to which the American National Security Agency (NSA) spied on Germany and on European Union facilities.

"This is a very serious problem for the trans-Atlantic relationship," said Heather Conley, director of the Europe program for the Center for Strategic and International Studies in Washington. "It will make Washington's work with Europe more difficult on a full range of issues, such as (the trans-Atlantic free trade agreement). Add this to a pre-election environment (in Germany) and the challenge becomes greater."

The revelations are "very awkward," agrees Charles Kupchan of Georgetown University. In the administration of President Bill Clinton, Kupchan was in charge of European issues on the National Security Council. Jack Janes, from the influential American Institute for Contemporary German Studies, says: "US Secretary of State John Kerry and possibly the president will have to address this publicly soon. They can't stall any longer."

A statement from German Chancellor Angela Merkel on Monday further indicated the volatility of the situation. "The monitoring of friends -- this is unacceptable, it can't be tolerated. We're no longer in the Cold War," the chancellor said through a spokesman. Merkel confirmed that she had already voiced her displeasure to the White House over the weekend and has demanded a full explanation.

An NSA spokesman on Sunday said that European concerns will be addressed using diplomatic channels. He added that the NSA does not comment on specifics ofintelligence gathering operations but said "as a matter of policy, we have made clear that the United States gathers foreign intelligence of the type gathered by all nations."

US President Barack Obama, who is currently on a visit to Africa, has consistently defended the American data monitoring program, the size of which has been revealed in recent weeks due to information obtained by whistleblower Edward Snowden. During a visit to Germany in June, Obama said that "the encroachment on privacy has been strictly limited by a court-approved process." He has several times said that the surveillance program is tightly focused and exists to defend the US from terrorism.

Such a vague statement, however, will likely no longer be enough given the revelations of widespread spying on European Union facilities as well as on allies both in Europe and elsewhere. "The US must reach out to European capitals quickly and provide an in-depth consultation on the NSA program," Conley says.

Sources familiar with the ongoing discussion in the White House regarding the revelations say that the Obama administration will attempt to make clear that the surveillance measures were carried out in coordination with the secret services of other countries. It remains questionable, however, whether any countries will want to admit to such cooperation. European politicians, it seems certain, will have no interest in making such an admission.

There is also plenty of room for trans-Atlantic strife when it comes to Edward Snowden and the degree to which Europeans base their complaints about American spying on information attributed to him. "Using him as the basis of accusations is going to raise tensions in Congress and the White House with Europe as long as he is seen as a criminal in the US," Janes says. "It may not matter what his revelations say." But, Janes says, there is growing Congressional pressure on the Obama administration to tighten regulations relating to secret surveillance programs.

'Now We Don't Trust Him'

Trans-Atlantic observers see the planned US-EU free-trade agreement as being a potential victim of the spying revelations published this weekend by SPIEGEL and on Monday by the Guardian. Known as the Trans-Atlantic Trade and Investment Partnership (TTIP), economists on both sides of the ocean hope the deal will provide a significant boost to European and American economies.

But the fury in Europe over NSA's overreach -- and ensuing suspicion -- could ultimately endanger the project. Already, European Justice Commissioner Viviane Reding has called the deal into doubt and concerns have been voiced that the US has also engaged in industrial espionage. Furthermore, the accelerating spat has clearly shown that Europeans have a radically different attitude to digital privacy and data protection than do Americans. Europeans, for example, have long been demanding stricter regulations for Facebook and Google.

Green Party politician Malte Spitz attracted attention over the weekend with a guest editorial in the New York Times in which he reminded readers of the demonstrations in Germany against data retention for six months in accordance with a European Union directive. "Given our history, we Germans are not willing to trade in our liberty for potentially better security. Germans have experienced firsthand what happens when the government knows too much about someone."

The title of his piece: "Germans Loved Obama. Now We Don't Trust Him." 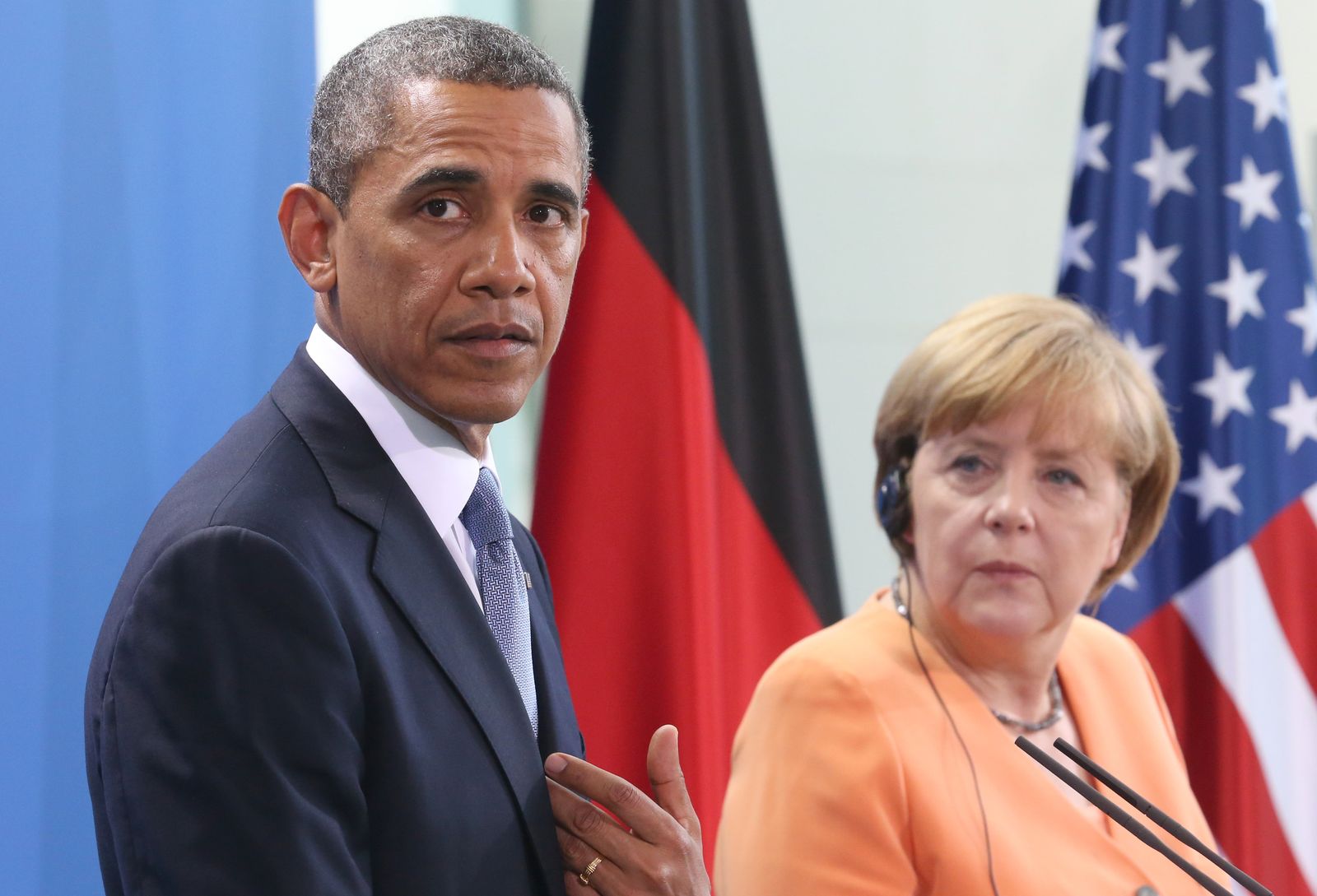 Relations between Europe and the US may be damaged by spying revelations.