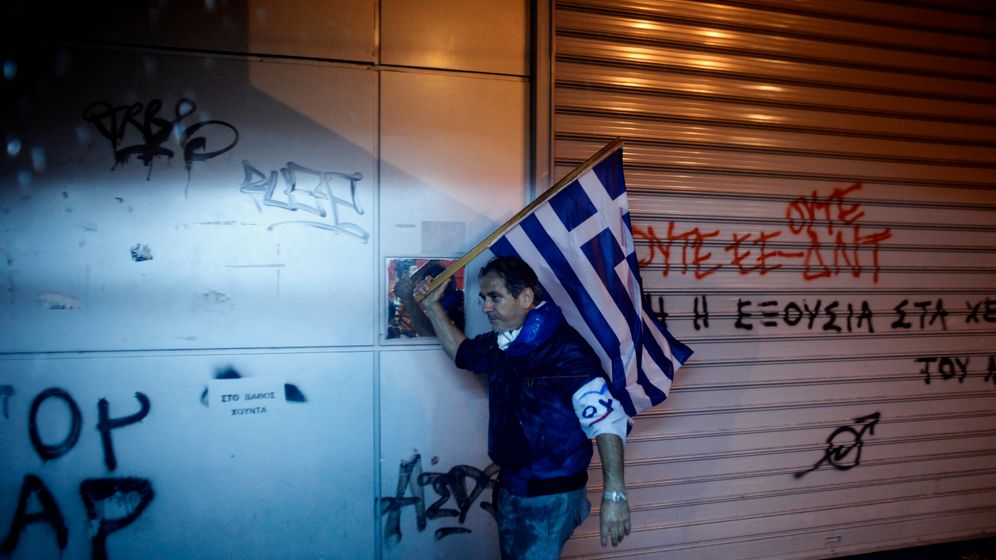 The bottom and top of the list are hardly surprising. Once again, Transparency International's Corruption Perception Index found that Somalia, North Korea and Afghanistan are the most corrupt countries in the world, with New Zealand, Denmark and Finland to be found on the opposite end of the spectrum.

In between, however, there has been plenty of movement. And countries in the European Union, particularly some within the euro zone, have not exactly improved when it comes to combating corruption. Greece, in particular, slid several spots in this year's ranking from the already weak position it occupied in 2011, plunging from 80th on the list in 2011 to 94th this year.

"Underperformers in the Corruption Perceptions Index 2012 … include the euro-zone countries most affected by the financial and economic crisis," the NGO points out in a statement on its website accompanying the report's Wednesday release. "Transparency International has consistently warned Europe to address corruption risks in the public sector to tackle the financial crisis."

While this year's methodology differs slightly from that used in previous indices, the list indicates that Greece wasn't the only member of the European currency union to have lost ground in the battle against corruption. Ireland dropped six slots to 25th, Malta fell four slots to 43rd and Austria, last year in the top 20, dropped nine slots to a tie with Ireland in 25th.

'Warning Signal for the EU'

Transparency International scores countries on a scale of one to 100; the higher the score, the less corrupt the country is. The top three on the list all scored 90 on the scale with the bottom three coming in at a paltry eight points each.

Germany scored 79 on this year's scale, good for 13th place and an improvement of one spot over 2011. The result comes as something of a surprise following the criticism that was recently levelled at Berlin by the Group of States against Corruption (GRECO), the organization founded by the Council of Europe in 1999. GRECO said in late November that Germany had implemented just four out of 20 recommendations for battling corruption, particularly relating to political party financing and the bribery of parliamentarians.

Greece, however, which is now just below Colombia and Djibouti and just ahead of Moldova and India, remains the only European Union country in the bottom half of the corruption list. Bulgaria, ranked 75, and Italy, at 72nd, are the next closest.

"The results of the survey should be a warning signal for the EU to require more information and accountability from its member states," Transparency International analyst Jana Mittermaier told Reuters.

Bulgaria, however, is a prime example of another trend this year's list makes apparent. Even as some euro-zone countries are proving unable to get the upper hand against corruption, countries in Eastern and Southeastern Europe appear to have made great strides. In 2011, Bulgaria was ranked just 86th. Romania, 75th last year, came in at 66th in this year's list. Other countries to make significant improvements include Hungary, up eight slots, and prospective EU member Croatia, which improved four slots to 62nd.

Transparency International's annual list is not a direct measure of corruption and graft in each country, information that is difficult to access due to the secret nature of such deals. Instead, it seeks to measure the perception of corruption in each country, which is fed by a lack of public auditing, coziness between government officials and large companies, bribery in public tenders, political party financing and tax evasion, among other factors.

It is the last item on the list that has served to infuriate many in Greece over the last 12 months as reports have come out indicating that rich people in the country have systematically dodged taxes even as biting austerity measures have made life more difficult for the middle and lower classes.

Elsewhere in the world, the US rose to 19th on the list from 24th in 2011, France climbed three slots to 22nd, and Japan and the UK tied for 17th on the list. China, which has seen several high-profile cases of corruption hit the headlines in recent months, fell five slots to 80th. Russia, meanwhile, improved its ranking from an appalling ranking of 143rd last year to a slightly-less-putrid 133rd this year.